I saw a reply to a question from someone trying to decide which Canary Island might suit them best that had me with my head in my hands. It was this:

“There’s no real difference between Tenerife and Lanzarote.”

As travel advice goes, it was on a par with ‘McDonalds is the place to go to try local dishes’.

All the Canary Islands are different in many ways. The differences may be big, such as diverse epic scenery, and they may be small, items on local menus or aspects of traditional architecture. Even the people who inhabit the islands can be different in some ways. Subsequently each island has its own distinct personality.

Which island is most suited to any individual depends on what factors are most important to them when they travel.

Which Canary Island is best for beaches? 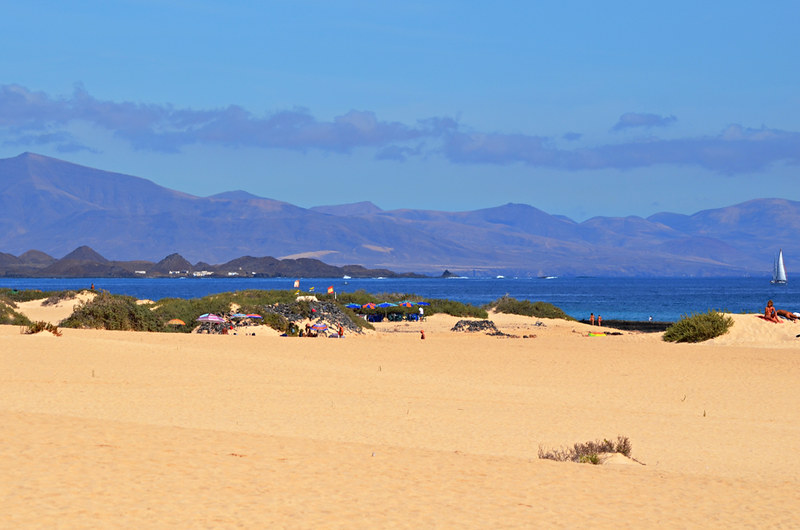 When it comes to natural, gold sand beaches the eastern Canary Islands leave the western islands for dead. The like of the Corralejo Dunes in Fuerteventura put it top of the list for having the sort of beaches you fantasise about on a dreary day at work.

Which Canary Island is best for gastronomy? 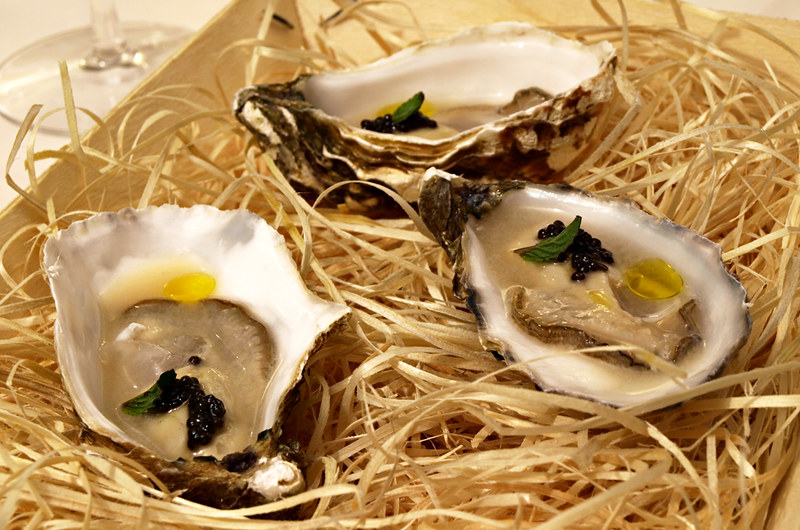 Tenerife tops the table when it comes to gastronomy, it is the only Canary Island with Michelin star restaurants (there are four). There is also a greater choice of quality modern and traditional Canarian restaurants than on any other island as there is more of a culture of eating out amongst the local population. It’s not so noticeable in resort areas and the bigger towns but when you spend any time in rural areas on the islands you soon discover which is more set up for day-trippers than locals. Generally speaking, it’s easier to find places to eat in rural areas in the western islands than in the eastern islands. Overall, the quality of culinary choice across many of the islands has soared over the last decade.

Which Canary Island is best for walking? 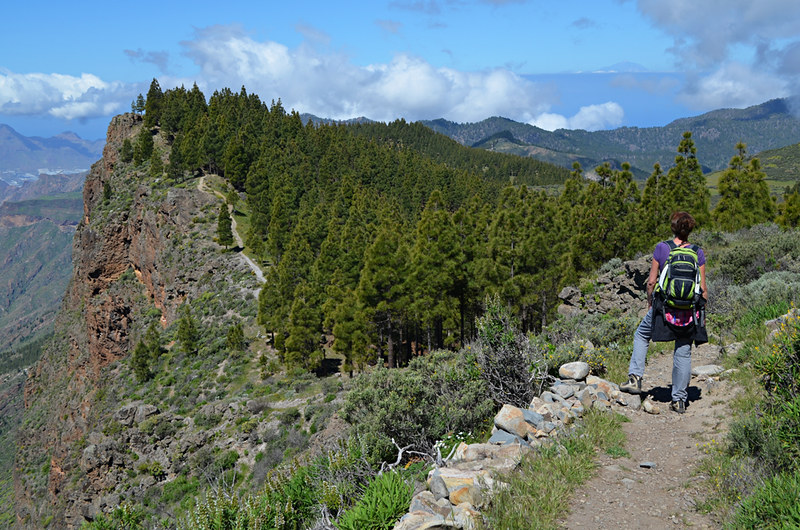 This is more difficult as all the islands are good for walking. La Gomera has the best reputation but we reckon La Palma is just as good because of its diversity and because its less well know many trails are quieter. But Gran Canaria and Tenerife also offer some cracking walking routes in wonderfully diverse countryside.

Which Canary Island is best for surf action? 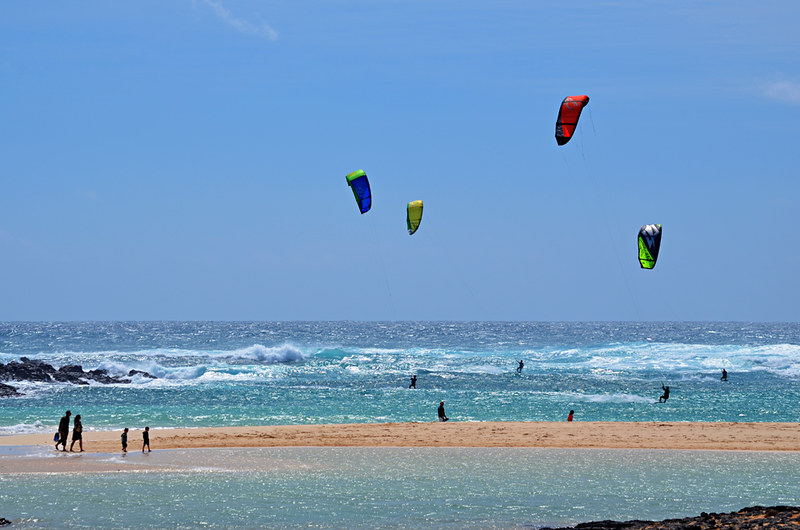 Both Lanzarote and Fuerteventura are good for the likes of windsurfing and kite-boarding and Tenerife and Gran Canaria have some popular surf dude spots as well. But Fuerteventura’s beautiful breezy beaches make it tops.

Which Canary Island is best for land based sports? 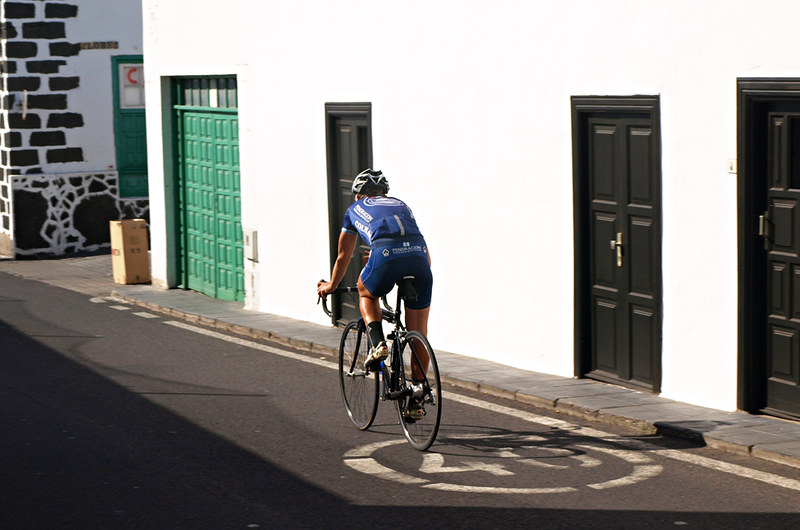 The Canary Islands have become incredibly popular as natural training grounds for athletes from around the world. Bradley Wiggins might have trained on Tenerife and Premier League football teams frequently flight out to kick a ball about in the sun above Costa Adeje, but Lanzarote is out in front when it comes to hotels which have adapted to meet the needs of sports people as well as sunseekers.

Which Canary Island is best for getting away from it all? 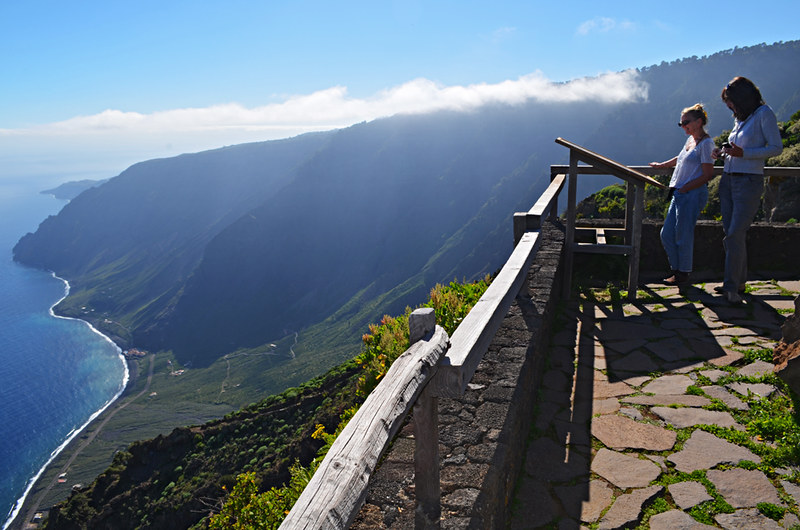 Tiny El Hierro was once thought to be at the end of the world and it still feels as though it is. Touch down, log off, enjoy solitude. La Gomera comes next for wallowing in that far from the madding crowd vibe.

Which Canary Island is best for luxury hotels? 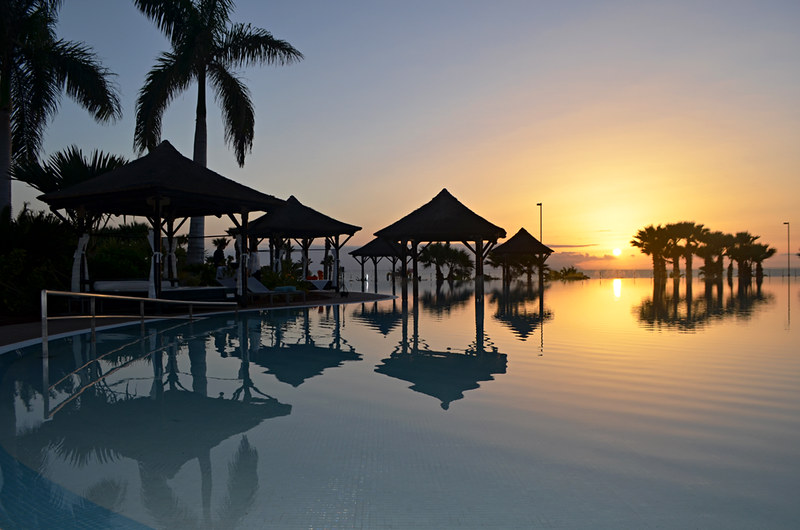 There has been massive investment in the development of luxury hotels on Tenerife over the last decade or so, especially in the south and south west of the island. This has transformed tourism in some of the what was once considered quite naff tourist areas. Now there’s more individualistic 5 star hotels than you can shake your designer sunglasses at and business is booming.

Which Canary Island is best for rural hotels? 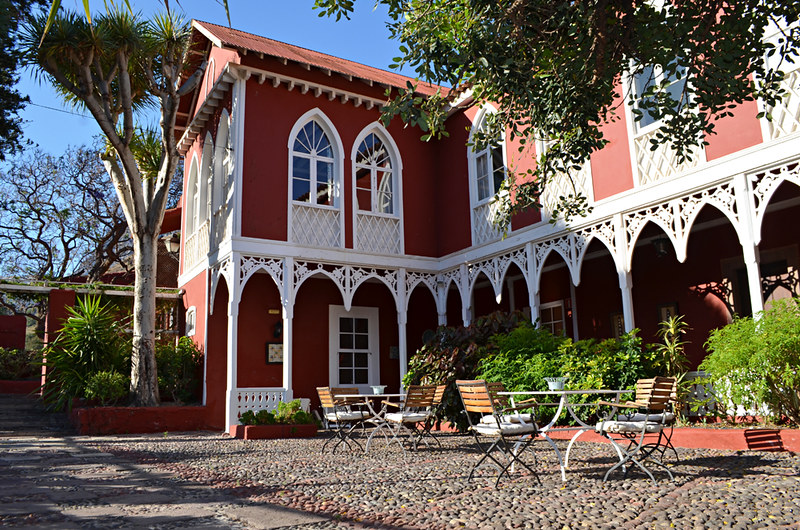 It might surprise, but the islands which are most popular in the mass tourism tables also offer the best choice of rural hotels, often in gorgeous looking colonial mansions. It’s too close to call between Gran Canaria and Tenerife.

Which Canary Island is best for stargazing? 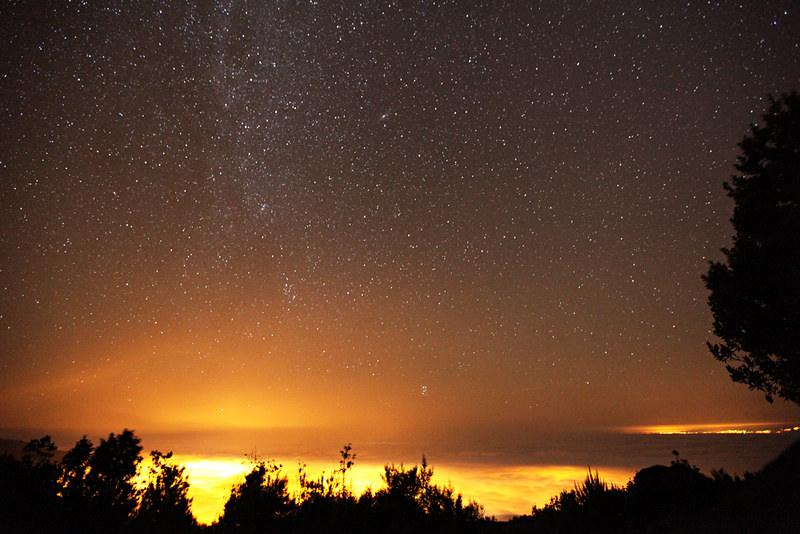 Remember these are African skies, brimming with sparkling jewels. La Palma has some of the clearest night skies on the planet. Go gaze at its heavens in awe.

Which Canary Island is best for volcanic terrain? 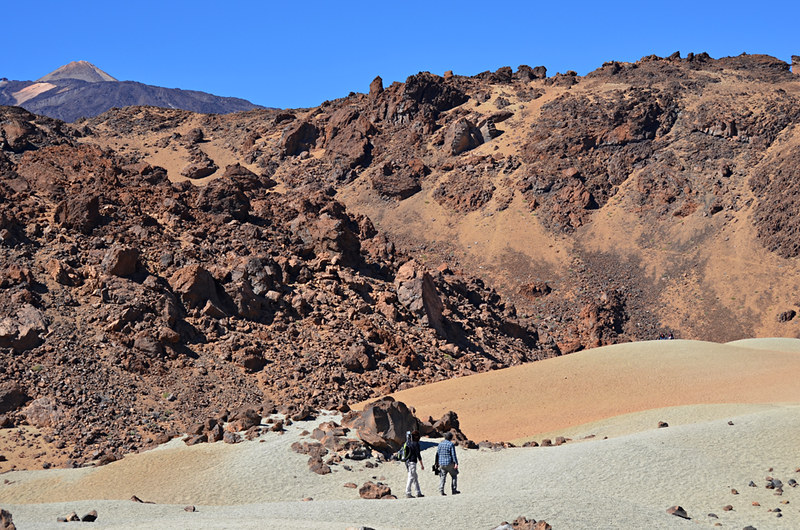 Tenerife boasts the third largest volcano in the world and at its foot is a huge crater filled with solidified lava plains, surreal rock formations and mustard coloured cones. However, Lanzarote goes one further as the whole island looks like a volcanic battlefield. Plus you can’t cook chicken over a volcano on Tenerife.

Which Canary Island is best for tradition? 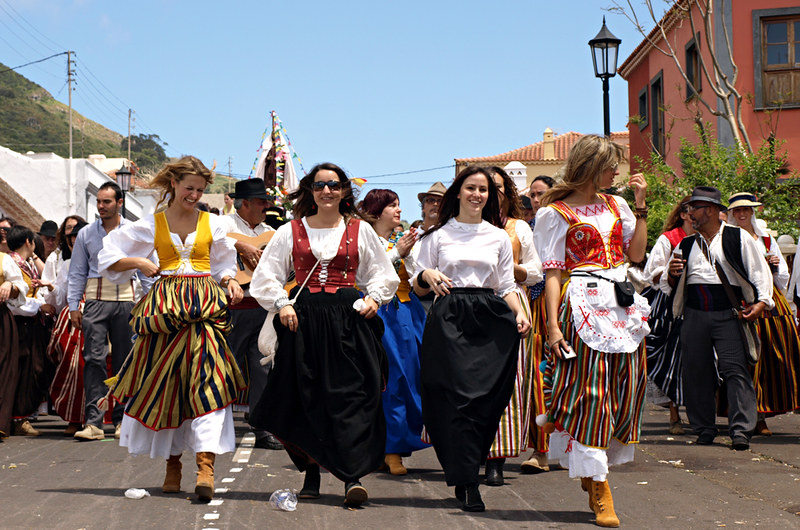 There’s a common misapprehension that the smaller islands as well as Lanzarote and Fuerteventura are most authentic because they’ve been least spoilt. They haven’t been developed as much as the more populated islands but that low local population also means there’s a more diluted Canarian culture than on the likes of Gran Canaria, Tenerife and La Palma where there are more colourful fiestas than there are days of the year. There was a spoof travel article in a Spanish magazine recently which claimed people who actually came from Fuerteventura were so rare you could make a wish if you ever met one.

Which Canary Island is best for culture? 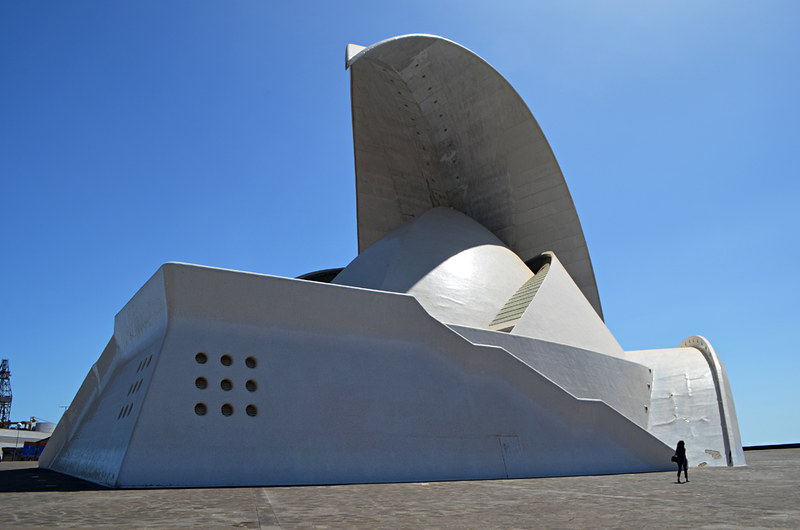 For the same reason as above, big local population, Gran Canaria and Tenerife have the widest choice of museums, theatres and concert venues, the standout being Santiago Calatrava’s Auditorio de Tenerife.

Which Canary Island is best for history? 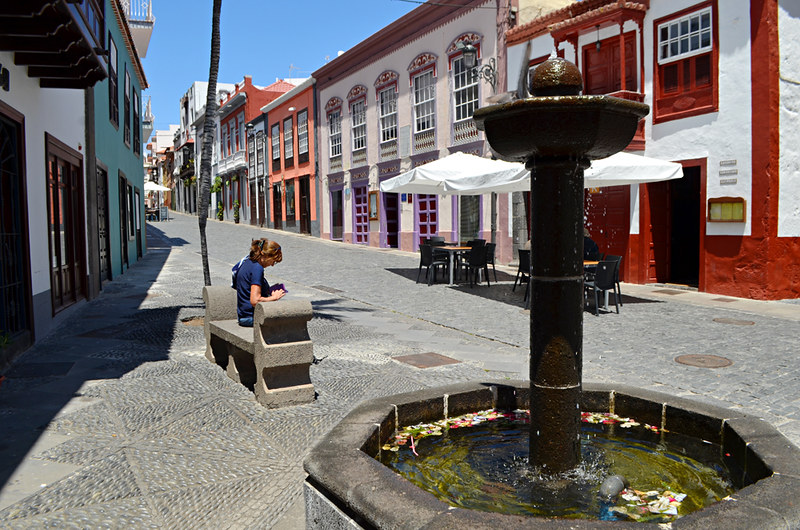 People often forget the Canary Islands were once at the crossroads of the world; the final port of call before adventurers headed to the New World. Columbus set off to America with water drawn from a well in La Gomera whilst Admiral Nelson didn’t go as far as leaving his heart in Santa Cruz on Tenerife but he did leave part of his arm. La Palma, Tenerife and Gran Canaria are the islands for wandering colonial, historic streets.

Which Canary Island is best for nightlife? 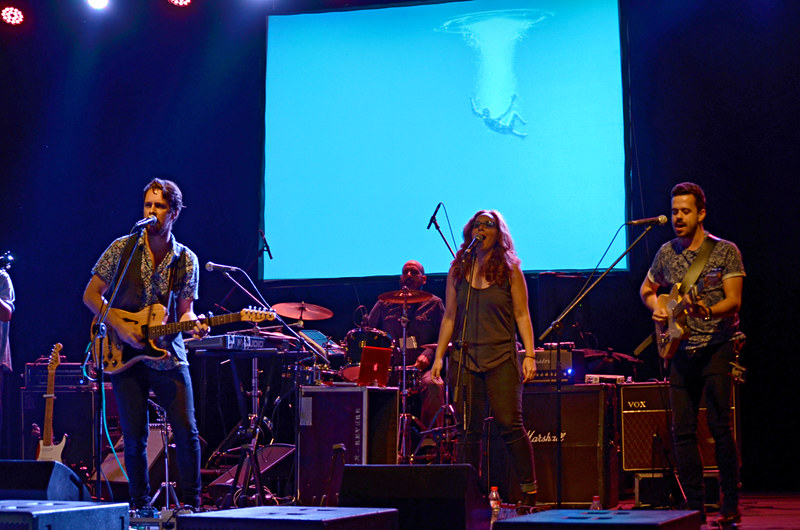 Obviously the best places for nightlife for sun-seeking tourists are the islands with the biggest purpose built resorts – Tenerife and Gran Canaria, with Tenerife shading it in the cabaret bars and nightclubs stakes. However, there’s a very different but equally lively local nightlife scene in the bigger towns and cities on the Canary Islands which remains off most visitors’ radar. Again Gran Canaria and Tenerife are best for a taste of Canarian nightlife and both have some excellent musicians, our favourites being GC’s The Good Company.

Which Canary Island is best for weather? 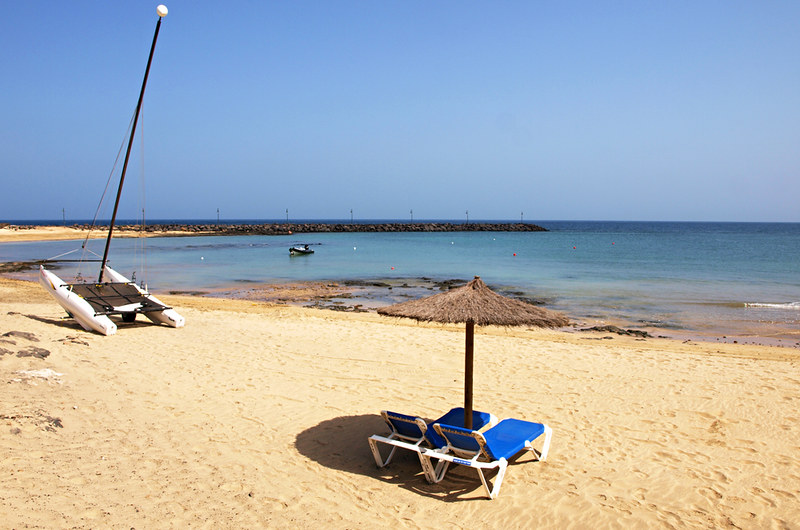 Look at a map, all the islands lie in a cluster off Africa. They all enjoy subtropical weather which means a warm sunny climate throughout the year. But there are differences, some of which are quite obvious. The western islands are greener with lush agricultural lands and thick forests, the eastern islands have less rainfall and subsequently are arid and forest-free. On the other hand, the western islands aren’t as breezy. Gran Canaria and Tenerife sitting in the middle enjoying a mix of both. Generally speaking southern parts of all islands are best for sunshine, eastern parts have the windiest conditions.

Ultimately, if you want to enjoy the best of the Canary Islands you just have to visit them all.