Where we live in the Canary Islands there’s a healthy mix of visitors from across Europe, with Spanish, British and German holidaymakers leading the pack. A common criticism from a section of British visitors about buffets in hotels catering to British and Germans is the food is geared more toward German guests.

It is utter balderdash (not a word I usually use, but it’s a lovely rich old term which fits).

The cuisine they’re referring to is Spanish and a bit too out there for those who come out in hives if they stray too far from a plate of meat and two veg. Ironically, if the food really was geared towards German guests these moaners would be in their culinary element.

There is much about Germany which makes it a perfect match for British tastes. 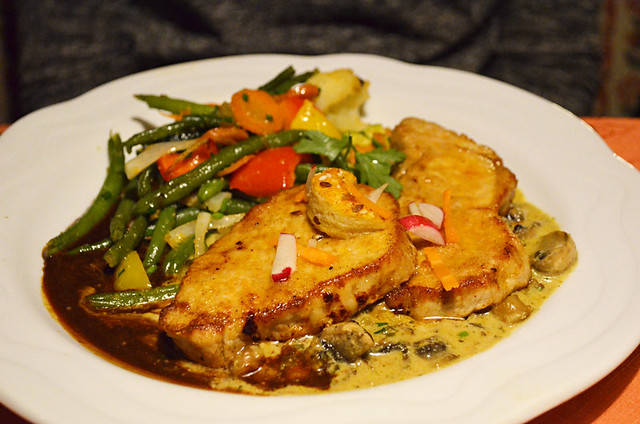 On the face of it Germany currently doesn’t fare too badly in terms of being a popular destination with British travellers. It’s the sixth most popular country in the world for Brits to visit. But it only gets a fraction of the numbers first choice Spain gets (source: Office for National Statistics). Additionally 44% of visitors to Germany head to one of 11 cities and towns with Berlin and Munich hogging the lion’s share of the tourism pie. It could do better if more Brits realised what the country had to offer, especially outside the well known cities. 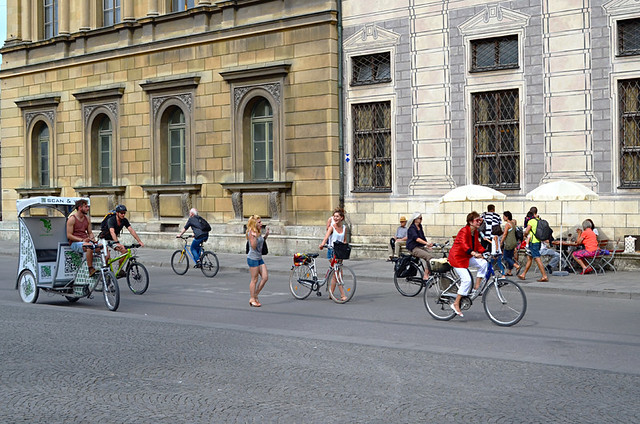 During four visits to Germany in the last three years we’ve regularly repeated one phrase.

“Brits would love this.” 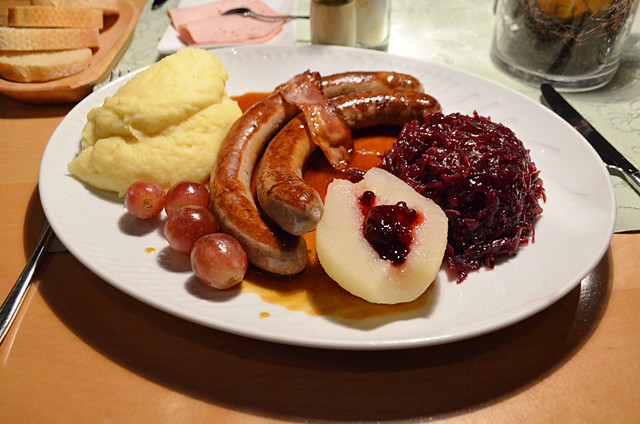 German gastronomy is hale and hearty fare and features lots of meat, rich sauces, seasonal vegetables and fruit. It’s not dissimilar to olde worlde British cooking. There’s something comfortably nostalgic about a plate of wild boar sausages draped with bacon, red cabbage hills, dumplings, yellow creamy mash, pear and grapes – as though I’ve slipped into the pages of Mrs Beeton’s cookbook. From Bavaria to the Black Forest we’ve feasted on food which has felt oddly familiar. In lodges, wooden platters overflowing with cheese, cold meats, salad, radishes, gherkins, bread and butter seem like the German cousin of the ploughman’s lunch. And there is also that most sinful of afternoon traditions, kaffee und kuchen. It’s a place where it’s not naff to order Black Forest Gateau. 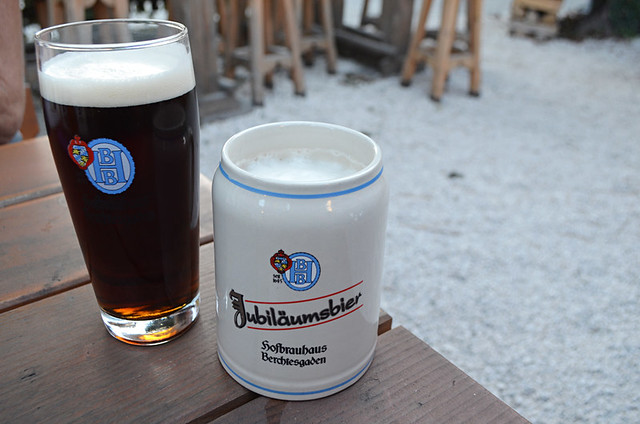 Like the Brits, the Germans are seriously into their beer. A sunny afternoon in a jolly army camp-sized beer hall downing frothy ales from ceramic jugs so big you need two hands to lift one is a giddily authentic experience. There’s no need to wait till Oktoberfest to get merry with the locals, you can enjoy Anymonthfest in Germany’s bierkellers. 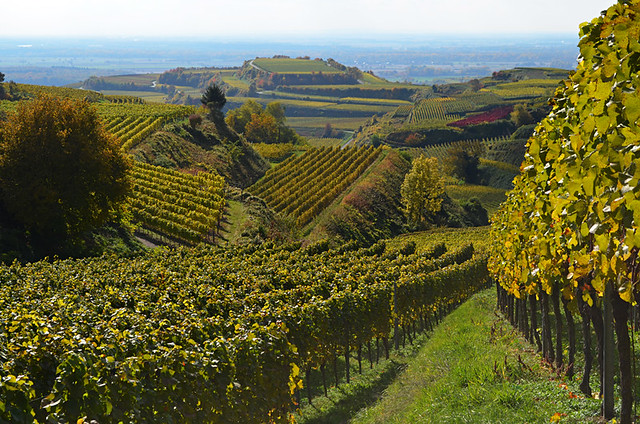 Stay in one of the picture postcard country hotels around rural Germany and you’ll quickly notice many people have bier with meals rather than wine. Open a menu and you’ll discover why. Wine in hotels is ridiculously expensive, bearing no relation to the price on the bottle in supermarkets where it’s actually good value. German wine is surprisingly good, ranging from smooth Spätburgunders (Pinot noir) bottled on sun-kissed slopes around Kaiserstuhl to cool, crisp Reislings from Mosel. Unlike Spain, France, Italy etc. Germany doesn’t try to pretend there are no other decent wines in the world. In supermarkets you get of choice of wines from other wine-growing countries. 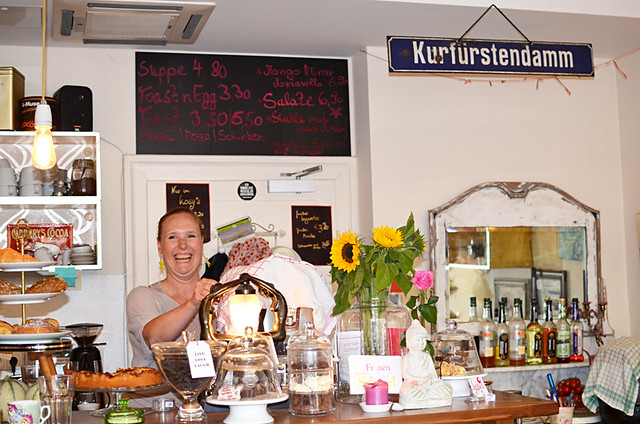 That might come as a revelation to anyone whose only experience of Germans has been in holiday resorts, battling over sunbeds or pointing out ‘actually there’s a queue you know’. A German friend told us some Germans encountered in holiday resort areas were just their equivalent of the ‘Brits abroad’ types we avoid like the plague. Of all the European countries we’ve explored on foot, Germany stands out for the sheer number of people who stop to ask if they can help when we’ve been lingering at signposts too long (usually because it takes ages to write down place names with a zillion letters in them). It’s the same travelling on public transport and in shops and hotels and so on. It’s a polite and orderly society. However, if you want to cause meltdown try paying by card rather than cash in a supermarket in any small town.

An overdose of walking routes 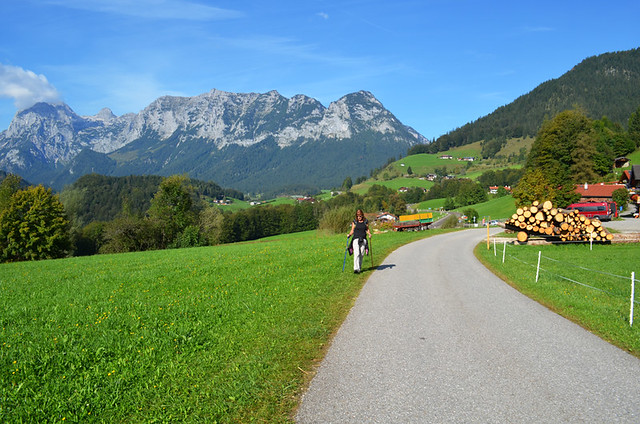 An activity we share a liking for is walking, it’s a national pastime. Subsequently Germany leaves many countries for dead when it comes to waymarking routes. There are well maintained paths everywhere and just about every junction has a signpost. It’s exceedingly helpful when following directions, but frustrating when writing them as every few yards (slight exaggeration) there’s another signpost with fingers pointing to multitudinous places with long names for us to record. 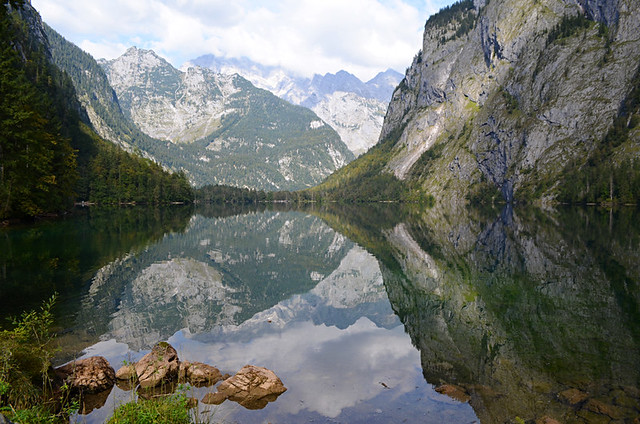 The locations we’ve visited in Germany all had one thing in common, the scenery has been enchanting – from wild granite mountain ranges and once impenetrable forests to immaculate meadows and hypnotic lakes. These are lands where myth, legends and fairy tales are rife; a countryside so dramatic it should come with a Wagner soundtrack. The countryside hasn’t been abused and farming still is small scale. In some areas it feels as though time has stood still and the sight of a woodsman, axe over one shoulder, leading a little girl wearing a red cloak would seem perfectly normal. 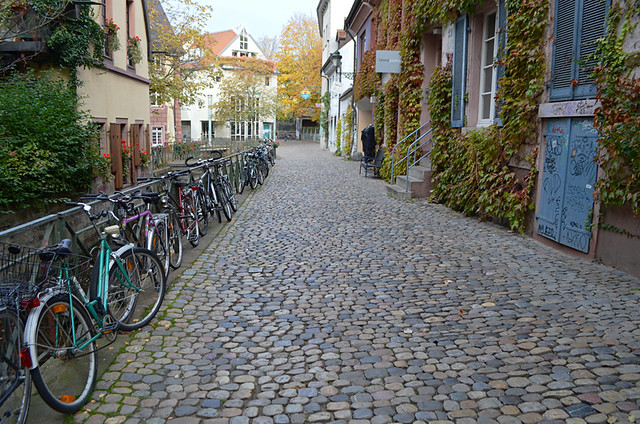 Whilst Britain is ahead of some European countries when it comes to environmental awareness. Germany is in another league. In cities like Freiburg bikes outnumber cars. But it’s the way plastic bottles are dealt with which really impresses me. Machines in supermarkets suck in empty water bottles and reward with vouchers you can put towards shopping in the store. A win-win system. It’s not new as such. In the 1970s in Scotland we used to pay for our Friday fish suppers from Ninian’s fish and chip shop by handing over empty lemonade bottles.

And then there’s also a shared love of football. 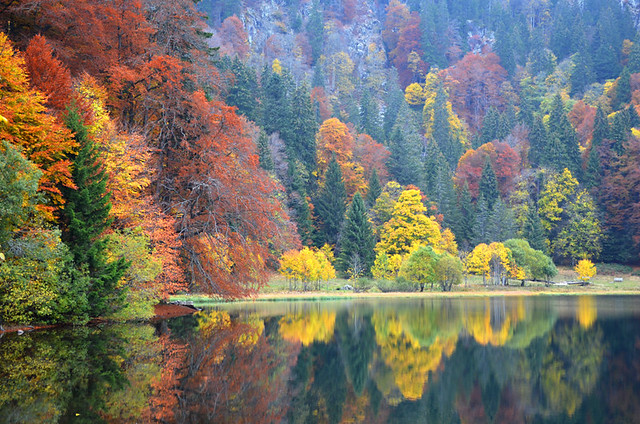 All these factors make Germany a destination which should appeal to British tastes. But there is one other vitally important reason why Germany is a good fit for British travellers. Despite the best efforts of trashy UK newspapers, the Germans actually like us. In the Black Forest a hotel owner pointed out that the Schwarzwald used to be highly popular with British visitors.

“I’d love to see the British come back,” he lamented.

The time is right for granting his wish.