Parallel universes exist. I know this for a fact. Maybe not in a Philip Pullman way, but they do exist.

In the travel blogosphere there’s a tendency for people to talk as though everyone who travels is internet savvy – clicking links galore and posting Instagram pictures of anything that moves… or doesn’t. Contrastingly, on mainstream travel sites location experts talk among themselves about travel blogs as though they’re things to be treated with suspicion, and fear anything which involves the word ‘update’. Many of us inhabit a universe which exists somewhere in the middle. 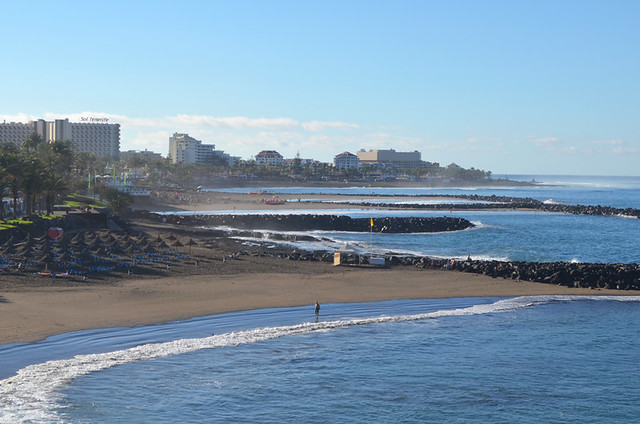 Tripadvisor got me thinking about parallel universes, especially in relation to destination perception. Not for the first time a question about the differences between the Canary Islands was met with a response that there wasn’t much. This no doubt reinforced the original poster’s research which had failed to come up with significant variations between the islands.

The reason why is simple. There are no differences in the Tripadvisor travel universe they inhabit. In ten Canary Islands forum pages, each with twenty different questions, only four posts were about locations or subjects that weren’t related to resorts – a measly 2%. Some islands rarely get a mention. I’ve carried out this research a number of times and the outcome is always similar. 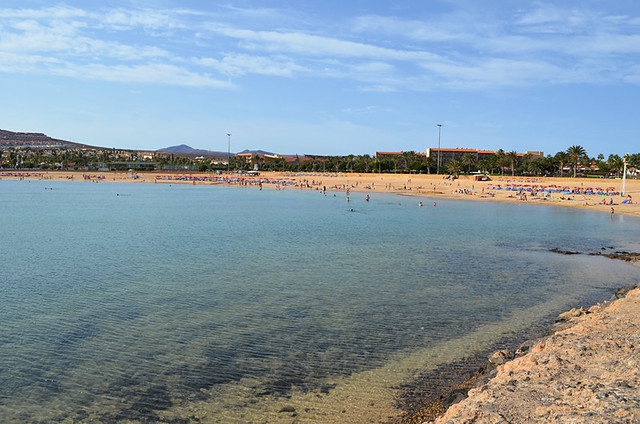 I don’t need to labour the point about the image people who don’t know the islands will get from this picture. And yet it is light years away from reality… another universe away. On all the Canary Islands resorts make up only a small percentage of the land mass, yet it’s their image which dominates.

Going into detail about the differences between the Canary Islands would fill a book, so I’m only going to provide a brief snapshot as an illustration why it’s essential to universe-hop when carrying out travel research. 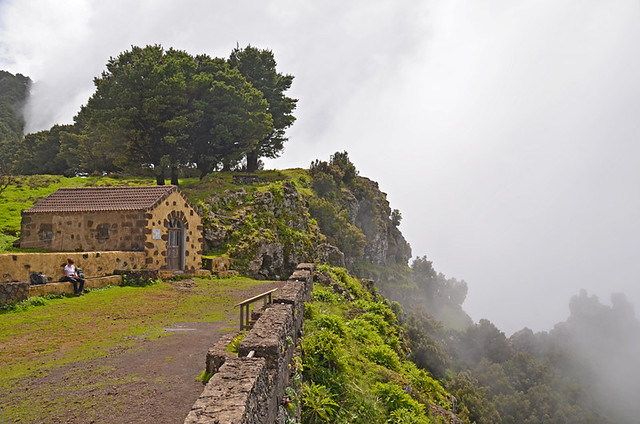 Scenery: Lying on the western edge of the archipelago, El Hierro’s scenery ranges from green fields and forests to stark volcanic slopes. Parts are more like Yorkshire than a subtropical island.
Beaches: Not the island to visit for a beach holiday, although there are black sand beaches and sea pools.
Culture & tradition: Having only a tiny population means cultural and traditional activities are on a lower scale than the larger islands, but they are deep-rooted and there’s nowhere that isn’t authentic.
Gastronomy: The weakest of all the Canary Islands in our view, but you are guaranteed good Canarian cuisine wherever you stay.
Accommodation: Seriously limited with no big hotels and, apart from a couple of small hotels, mostly quite basic accommodation. Ideal for people who don’t want slick, resort type places to stay.
More information about El Hierro. 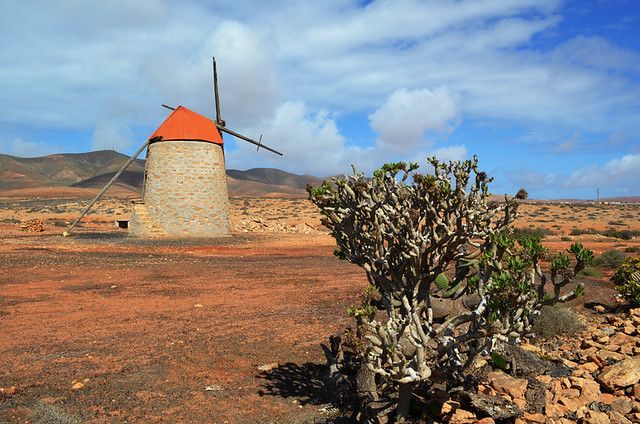 Scenery: Mostly curvaceous, tangerine hills dotted with white hamlets. There are green ravines to be found but overall the landscape seems closer to North Africa than any other Canary Island.
Beaches: They’re stunners – generally long, golden sand affairs. The Corralejos Dunes are like a mini Sahara.
Culture & tradition: The arid landscape isn’t great for farming and so there’s never been a substantial local population – the former capital is still smaller than the average village. Like all islands there are interesting traditions and the Canarian culture is evident away from the resorts, but again not as strong as in the more populated islands.
Gastronomy: Away from resort and coastal areas, choice can be limited and, as many restaurants cater for a day-tripping clientele, it can be difficult to find a good restaurants open after a certain time.
Accommodation: Fuerteventura is one of the islands with the highest percentage of all inclusive visitors. There are some interesting smaller hotels, but accommodation with a difference is limited.
More information about Fuerteventura. 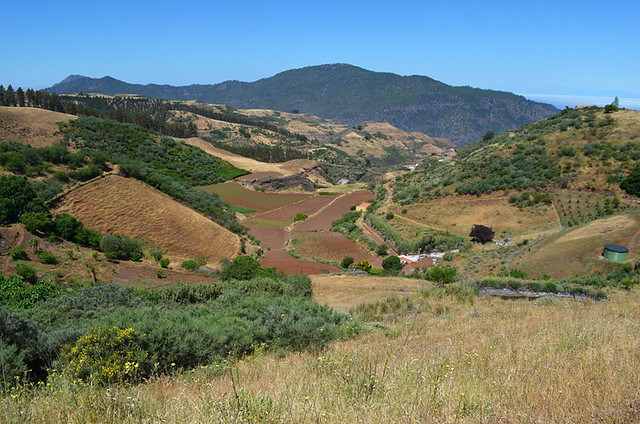 Scenery: A wonderful variety ranging from epic valleys and dense forests to volcanic cauldrons and tropical ravines. Superb for exploring on foot.
Beaches: Being located where the eastern Canary Islands meets the western ones you get the best of both worlds when it comes to beaches, from black volcanic sand to the golden Maspalomas Dunes.
Culture & tradition: A large Canarian population means lots of traditional fiestas as well as a sophisticated cultural scene in the bigger towns.
Gastronomy: Resorts offer a wide range of international choice… as resorts generally do. Outside of the resorts there’s a good range of Canarian restaurants serving food which ranges from the traditional to the more creative. Las Palmas is one of the best locations for tapas in the islands.
Accommodation: From standard and luxury resort hotels to small rural hotels with bags of personality, Gran Canary is one of the islands with the most varied choices of accommodation.
More information about Gran Canaria. 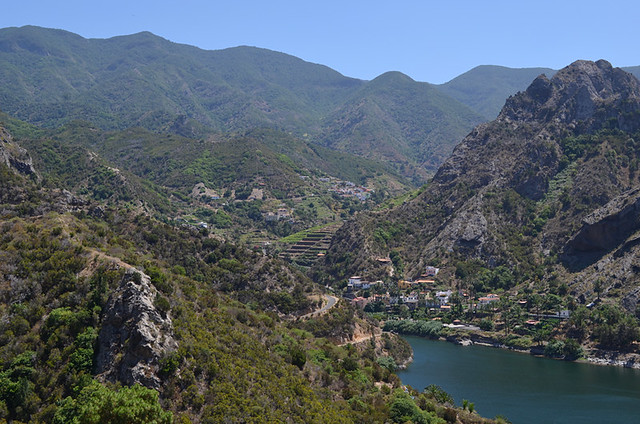 Scenery: The south is quite arid whilst the north is green and lush with terrain that can switch from looking like South America to African rainforest to the Atlas Mountains. Crowning its centre is the ancient laurisilva forest in Garajonay National Park. Deep ravines cut into the land make it an island where getting around involves constantly veering in and out from the coast or ascending and descending steep slopes – in many ways La Gomera remains untamed.
Beaches: Another island which isn’t great for beaches, there are plenty of black sand playas but none are standouts.
Culture & tradition: Another island with a low Canarian population means that although you know you’re on one of the less developed of the island in tourism terms there isn’t the same depth of traditional or cultural scene as you’ll find in the likes of Gran Canaria and Tenerife.
Gastronomy: For its size there’s a good choice of Canarian restaurants most places, even inland thanks to it being a popular walking destination. In coastal areas, like Valle Gran Rey, there are some interesting restaurants due to a neo-hippy influence.
Accommodation: There are no intrusive resort hotels. Even the biggest, the Hotel Jardin Tecina, blends nicely into the scenery above Playa Santiago. Again thanks to its popularity as a walking destination, there’s a good choice of individualistic rural hotels.
More information about La Gomera. 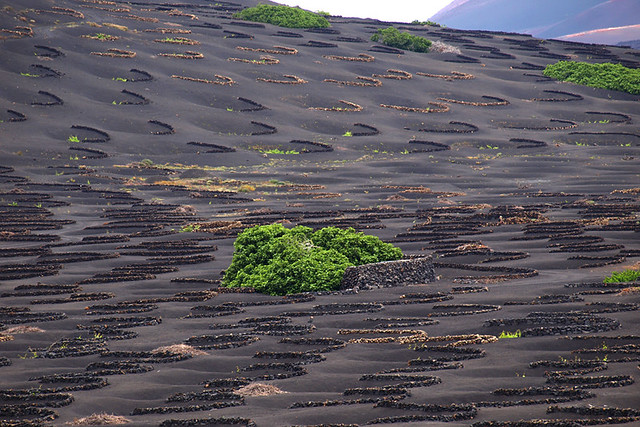 Scenery: Although the terrain is generally tree-free like Fuerteventura, Lanzarote looks completely different from its neighbour – it is the most obviously volcanic of the islands and possibly most other-worldly of the islands with a few unusual and quirky natural attractions.
Beaches: Another good choice if golden, sandy beaches are at the top of anyone’s holiday preferences list.
Culture & tradition: See entry for Fuerteventura.
Gastronomy: There’s a good blend of the traditional and the contemporary both in coastal areas and inland. Maybe not the strongest as far as traditional Canarian cuisine goes, but lots of good restaurants to try.
Accommodation: The other island with a ‘too-high’ level of all inclusive accommodation (more than 50%) which means a more limited choice of smaller, individualistic hotels. But there are some.
More information about Lanzarote. 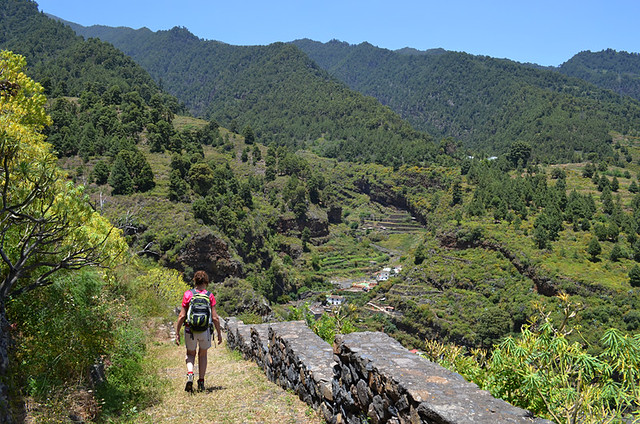 Scenery: It’s known as La Isla Bonita – the beautiful island – and that’s what it is. One of the most diverse in scenery terms with waterfalls and rivers, Jurassic Park ravines, volcanic landscapes and forests.
Beaches: A weak spot, there are black sand playas but La Palma isn’t a place we’d choose for a beach holiday.
Culture & tradition: One of three Canary Islands with the richest historic pasts (Gran Canaria and Tenerife being the other two) La Palma hasn’t been as affected as much by mass tourism. Subsequently, as far as traditions and cultural activities goes it occupies a perfect spot between the most populated and least populated islands.
Gastronomy: It’s always been good for traditional food but in the last few years there has been a blossoming of a more contemporary Canarian cuisine scene. It’s now one of our favourites for interesting restaurants serving local dishes with a difference.
Accommodation: Staying below the mass tourism market has one downside – accommodation on La Palma is more limited than it should be. There are some interesting plans to improve the situation, including a hotel in a lighthouse.
More information about La Palma. 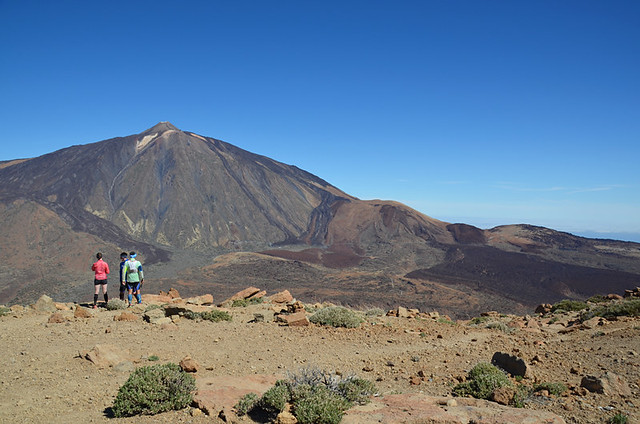 Scenery: With pine forests, ancient laurisilva woods, the volcanic wonderland of Teide National Park, banana plantations and surreally wind-sculpted pumice rock formations along the east coast, Tenerife is the most scenically diverse of the islands in our view.
Beaches: The best of the western islands for beaches but no match for any of the eastern islands. There are good beaches with black sand and not such black sand. Any golden beaches, and there are a few, have been imported.
Culture & tradition: With the highest Canarian population and boasting a colonial city which is a UNESCO World Heritage Site, Tenerife is one of the islands to experience Canarian culture at its strongest, as long as you stay in the areas favoured by Canarios since the conquest of the island.
Gastronomy: It’s not just the fact the island has five Michelin star restaurants which makes it tops for gastronomy, there’s a huge culture of eating out among the local population – there are restaurants everywhere; and many of the best are far away from the main tourist resorts.
Accommodation: Like Gran Canaria, Tenerife has the most varied selection of accommodation – from high end luxury resort hotels to stylish boutique hotels in gorgeous colonial buildings.
More information about Tenerife.

Like I said, these are only meant as snapshots, brief tasters designed to highlight there are differences between the Canary Islands… but only those in the universe I inhabit.