New Year’s Day 2000, a bar in New York. We’re getting steadily drunk with a US Marshal and a DEA officer from South Carolina and a rock musician from Boston.
“I don’t like English food,” the musician tells us. “All we ate when we toured were cucumber sandwiches… it was either that or squirrel.”

Since that fuzzy conversation I’ve been bewildered by the opinion of our culinary prowess, or lack off, by non-Brits. When I say non-Brits I mainly mean our American cousins as they invariably are the main perpetrators.

I regularly read travel pieces which accuse British food of being almost inedible.

Whenever I read this the same question pops into my head – where the hell do these people eat? 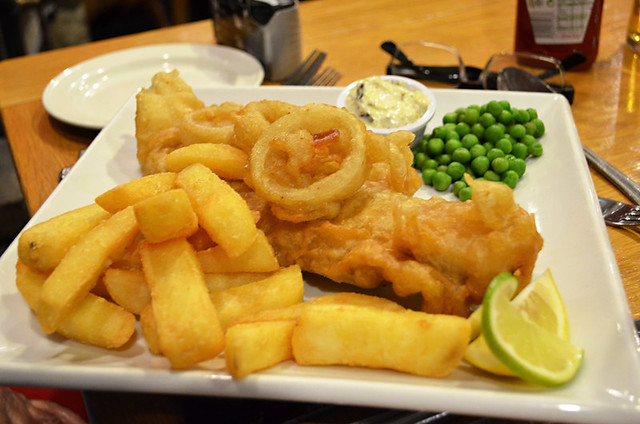 We’re based in Tenerife and view returning to Britain as a culinary treat. Not because food in Tenerife is mediocre, it isn’t, but because of the sheer diversity of the food available throughout the United Kingdom.

Recent visits have taken in Scotland, Wales and England, eating at randomly chosen restaurants and bars along the way, none of them expensive.

Food in Scotland
In Glasgow we started a day with a full on Scottish breakfast (including haggis, black pudding and tattie scones) in a city centre hotel. It might be a shortcut to a heart attack, but it is delicious. The day was ended at Asian fusion restaurant Opium on Hope Street where the most wonderful Thai green curry and chilli salt ‘n’ pepper squid was rounded off with deep fried ice cream. Can you get more west of Scotland than deep fried ice cream? 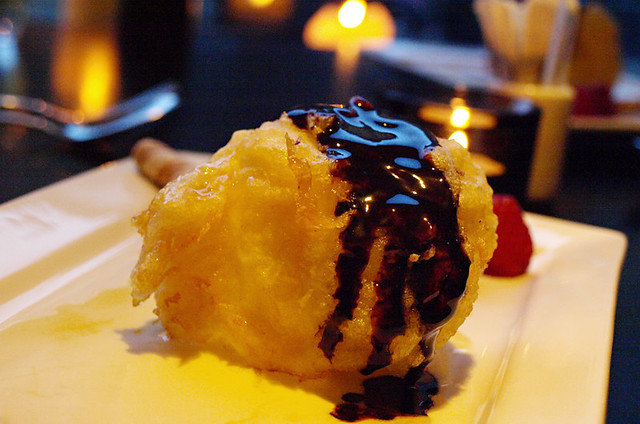 A trip to the highlands included a tablet tasting tour (of our own design). I’ve never met anyone whose knees didn’t buckle after trying tablet. At a nondescript motorway service station we picked up a range of Scottish pies, including venison pie; pure class.

Back on my home island of Bute, a place not known for its culinary greatness, we’ve enjoyed some ‘proper’ Scottish nosh – pheasant pâté (as local as you can get, it’s almost impossible not to run one over in those parts), tender venison fillets, haggis bons bons and rhubarb crumble. 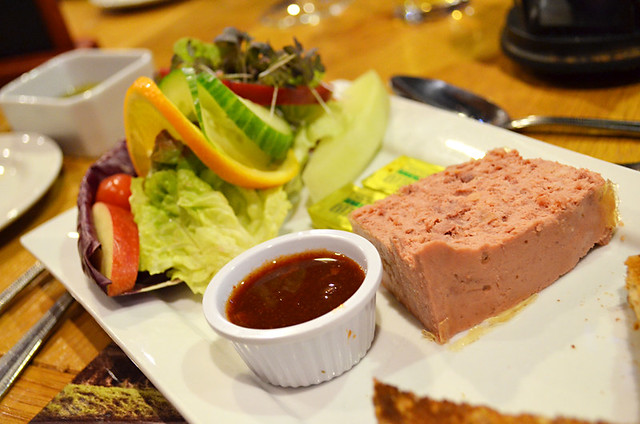 Even at the restaurant in the Manor Park Hotel, chosen for its convenience for a flight from Prestwick Airport, the food was of the Scottish with flair variety, including a terrific tasting tower of black pudding, haggis and mash potatoes. 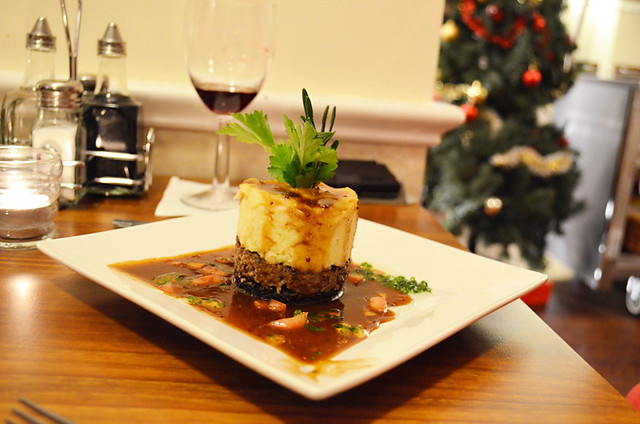 Food in Northern England
Anyone who writes about British food being poor clearly hasn’t been to York where there are pubs so welcoming and cosy, you’d happily set up home in some. Many of these taverns serve ales that have more flavour than some countries’ cuisine with food to match. In nooks and open courtyards we wolfed thick Cumberland sausages and flooded creamy mash potato mountains with savoury gravy, and demolished flaky steak and ale pies. 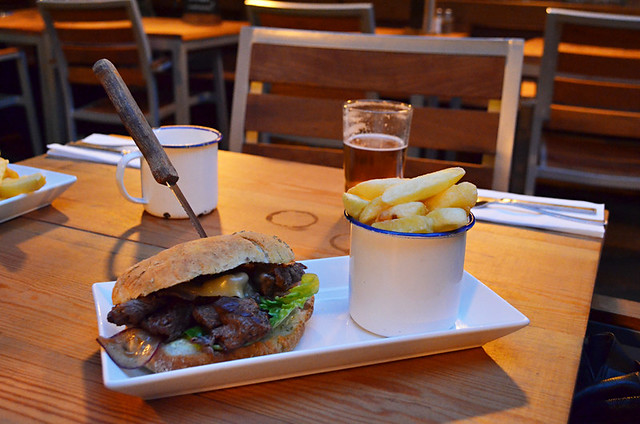 At Café No8 on Gillygate we struggled to choose from a menu of contemporary Brit food, each delectable sounding dish screaming ‘choose me, choose me’ from the menu. Slow cooked belly of pork with black pudding croquettes in an apple and fennel sauce wooed me in the end.
On another night I was transported dreamily back to south India with a mix of colourful creamy curries at Viva Goa on Fossgate, an unusually green chicken cafreal (mother’s favourite chicken dish according to the menu) being particularly good. 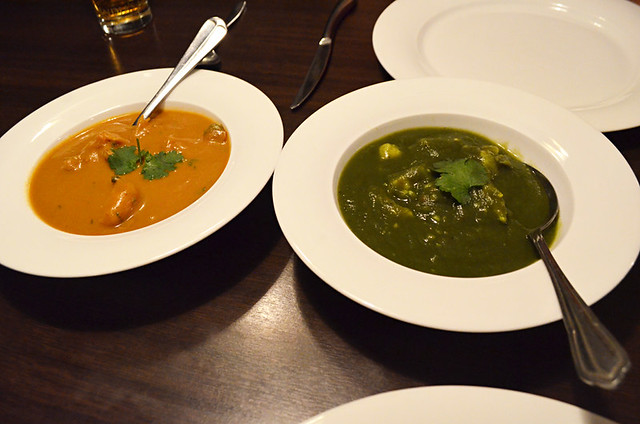 Food in Wales
Our most recent dining experiences in Wales were shocking. But that’s because we were pandering to young nephews who still view a trip to McDonald’s as a treat. It was awful food. But then, that’s an American import. Our Welsh eating experiences are normally in Hay on Wye where there are a head-spinning amount of rustically bohemian choices, warming soups at the Granary Café), or even just a simply, chunky homemade pork pie from the old school family butcher Chris Gibbons. The juices start flowing at the very thought of a visit to Hay on Wye. 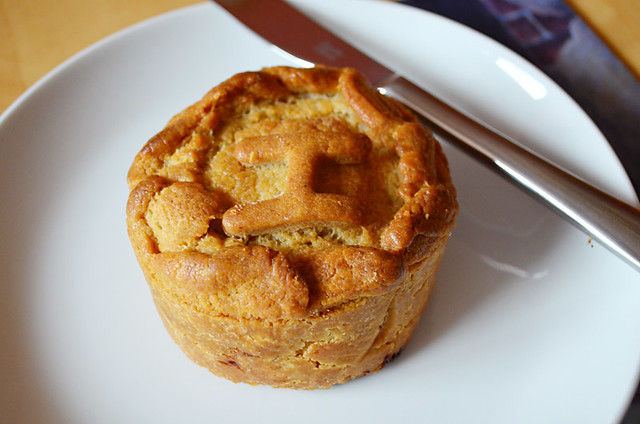 Southern England
In North Devon our culinary travels veered from huge Cornish pasties beside the salty sea at Lynmouth to a Devon cream tea of scones, clotted cream and homemade jam. At night we had our first foray into the world of Nepalese food at the Gurkha Restaurant on Market Street in Barnstaple (locally recommended) which was a complete contrast with ye olde English Jack Russell pub in Swimbridge (where the first breeder of Jack Russells lived). The pub might be traditional English but the food, which included crispy sea bass and sweet potato chips, was bang up to date. 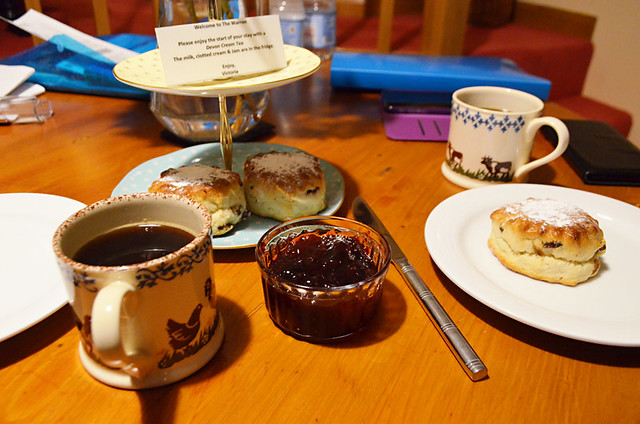 Our last visit ended in the capital at the World Travel Market where much of the food we ate was connected with the event; a Tenerife dinner (not Canarian food) and a Balearic tapas taster (tapas from the Balearics). However, we did manage to fit in another Indian curry (so-so) and a Turkish combo of dips (hummus, tzatziki and, my favourite, taramasalata) with fried mezes in the buzzing Sefa restaurant on Trafalgar Road in Greenwich. 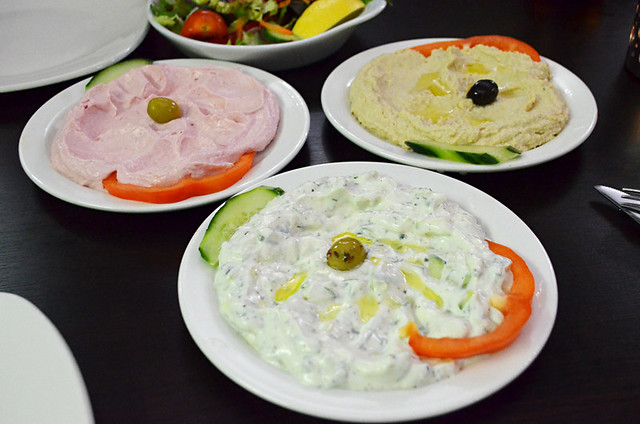 Before stepping on the plane at Gatwick, we managed to slip in one more meal, a full English breakfast at Jamie Oliver’s in the north terminal – bacon, sausages, scrambled eggs, mushrooms, beans, black pudding and potatoes served in a frying pan. Pukka, as a certain famous British chef might say. 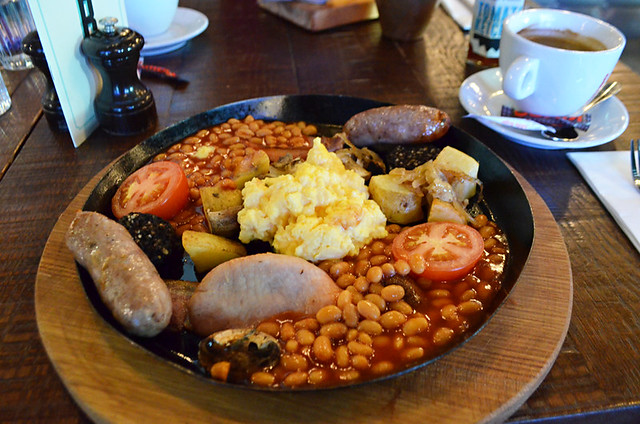 These might seem random choices from around Britain, but that’s the point – they were. They also reflected the diversity of culinary choice, the use of local products, the old, the new and the multiculturalism of the country. We enjoyed some super British food and didn’t pay a lot for the privilege of doing so. 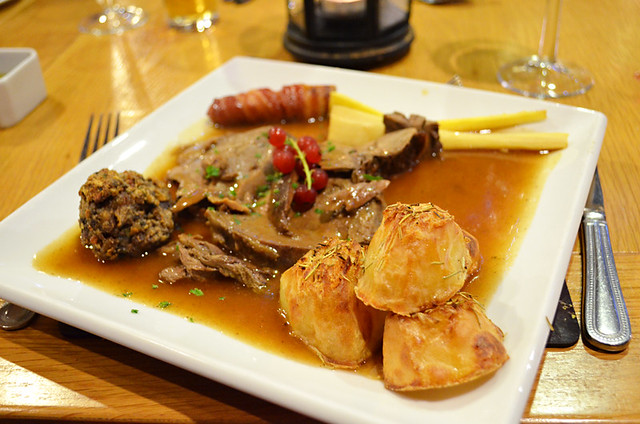 Some people might turn up their noses at the idea of some British offerings such as haggis or black pudding, but that’s their limitations and doesn’t mean the food isn’t good. It’s a mistake to confuse personal preferences with a judgement on quality – the same applies to books, movies, music etc.

The bottom line is anyone who thinks British food isn’t good is clearly looking for lunch in all the wrong places.