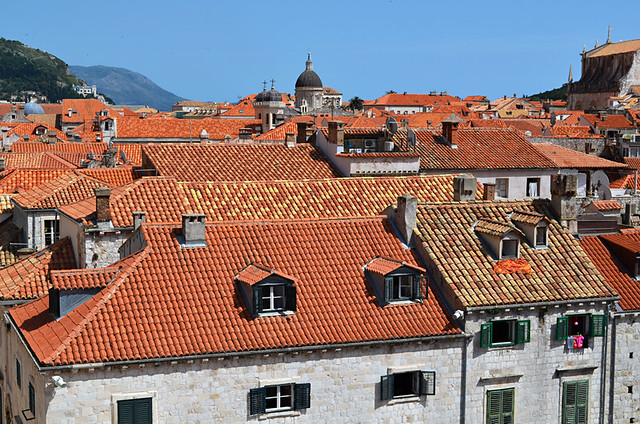 The city looks as though it could have remained perfectly preserved since the times of the great ancient Greek and Roman civilisations. But there are tell tall signs that all is not as it seems. On closer inspection the tiles are much younger than the edifices they cover. A walk along the city’s formidable walls reveals ruins and scars that are difficult to spot from below.

Just over 20 years ago, in November 1991, The Yugoslav People’s Army launched an attack on Dubrovnik, bombarding the historic city with mortar shells and missiles. By the end of the siege of Dubrovnik 68.33% of buildings had been damaged with eight palaces totally destroyed. 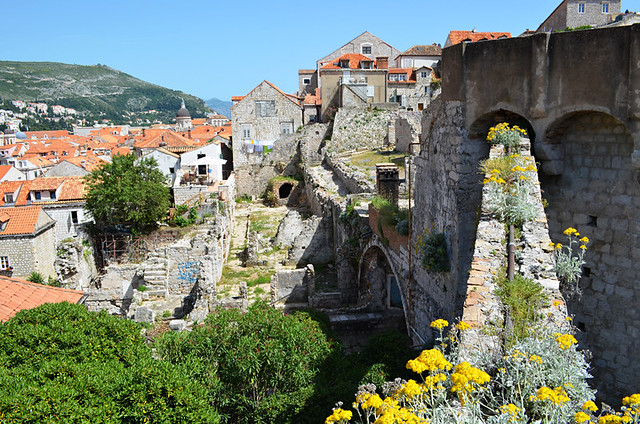 The first signs that the war is not something the people of Dubrovnik want to forget lies close to the Hotel Lapad at Gruž Port. In a small park beside the flotilla of speedboats, fishing vessels and yachts is Sveti Vlaho. A plaque describes Sveti Vlaho as the first battleship of the Croatian army. The ‘battleship’ is the size of a minesweeper. Small in size it may be, but the boat is a symbol of pride and resistance. Nearby, half hidden amongst the trees, is a camouflaged troop carrier that was hastily built to help defend the city.

Further evidence that Dubrovnik wants people to remember their ignominious treatment at the hands of would be invaders lies just inside the main entrance to the old town at Pile Gate; a bottleneck of a city entrance reached via a stone bridge. A map on the impenetrable wall illustrates the extent of the damage suffered by Dubrovnik. Various symbols identify which roofs took a direct hit, which were damaged by shrapnel and which buildings were completely destroyed. There weren’t many homes left untouched by relentless shelling. 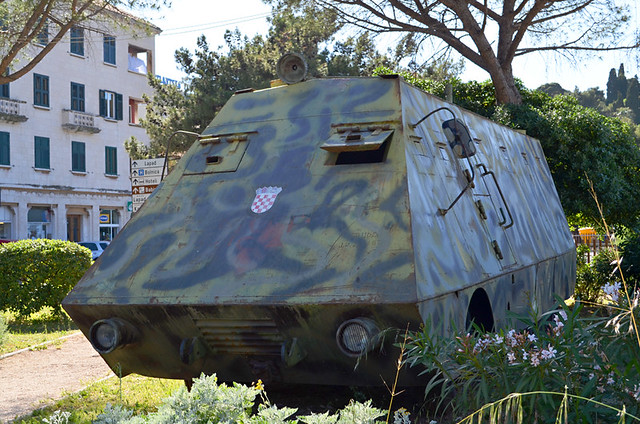 It’s a fact which makes it all the more astounding to step through Pile Gate and into a Dubrovnik that looks both ancient and, at the same time, pristinely new.

Ahead, the cobbles of Placa-Stradun have been worn so smooth by the passage of time and the footsteps of traders from across the world, they exhibit a wet and slippery sheen. To the right, the 16 stone maskerons of the Onofrio fountain provide cool refreshment to thirsty travellers. All around, enticing narrow alleys beckon you to explore their dark shadows. 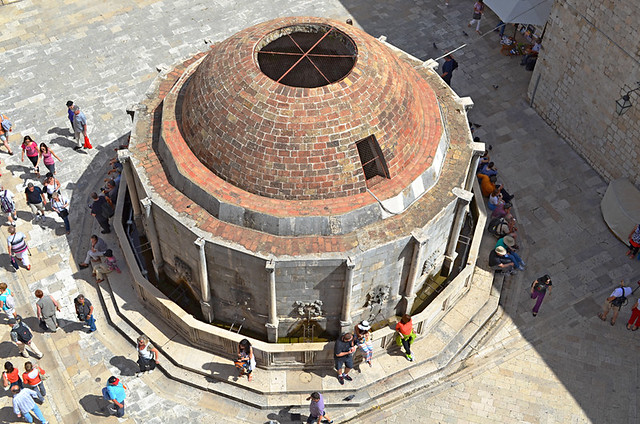 Dubrovnik is immaculate. It is one of those cities that actually exceeds the promise of every glorious photograph you’ve seen of the place. 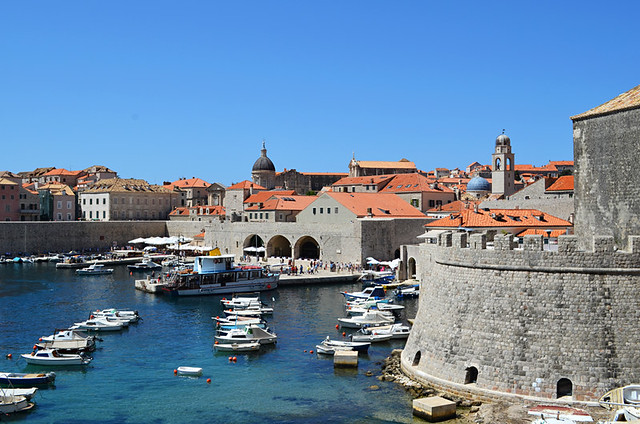 Although the ridiculously picturesque squares and streets are mainly given over to the pleasure of visitors, reminders of the siege are scattered around the warren of alleys. Some are understated, such as the Memorial Room in Palaca Sponza whose photographs of those who perished defending the city deliver a quietly poignant message that brings an uncomfortable knot to the stomach. Others reflect a more gregarious Croat personality. The house of painter Ivo Grbic is a proud, artistic shrine that has become an exhibition of its own destruction and which delivers a clear message – ‘NEVER FORGET’. 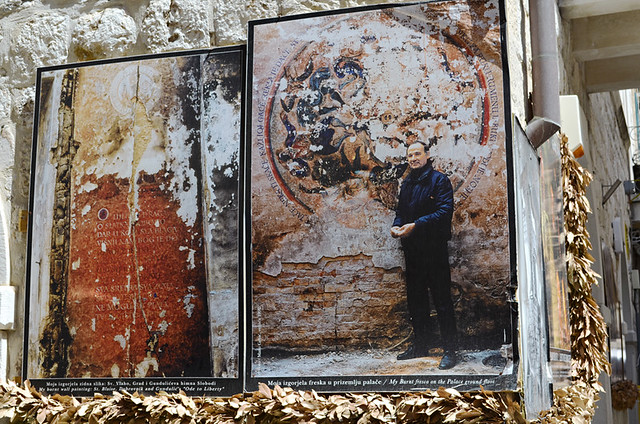 Without these memorials it would be all too easy to stroll perfect streets completely ignorant of the fact that Dubrovnik is a city that has risen like a Phoenix from the flames after defiantly enduring a catastrophic eight month assault just over two decades ago.

We didn’t spend three days in Verona because it was a UNESCO World Heritage Site whose exquisitely preserved architecture reflected key periods of European history. We visited because Will Shakespeare once wrote “In fair Verona, […]