The chef announced he was going to serve us five fish and seafood dishes and he wasn’t going to tell us what any were until after we’d tried them all.

The response was nervous laughter around a table of seasoned travellers from various countries.

As the five dishes arrived one by one there were debates over what each might be, plates of green balls in batter were prodded as though sticking a fork in one might magically reveal what it was. Some people got stuck in, but quite a few others avoided the mystery dishes as though a bite would result in them falling to the ground clutching at their throats. 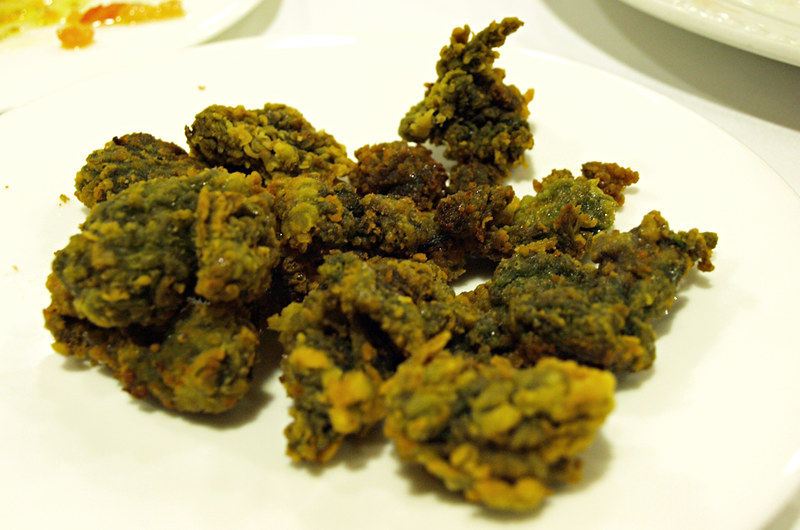 We had been presented with a feast of fish and seafood, and much of it was left untouched for one reason. It had been mentioned eel would feature in one of the dishes and a few people were in no rush to try what was basically the fish version of a snake.

A dislike of fish and seafood seems to be something which is not uncommon amongst some nationalities. The Brits and North Americans can be biggest culprits for turning up their noses when faced with a whole fish, octopus tentacles or tiny pyramids of fish roe. 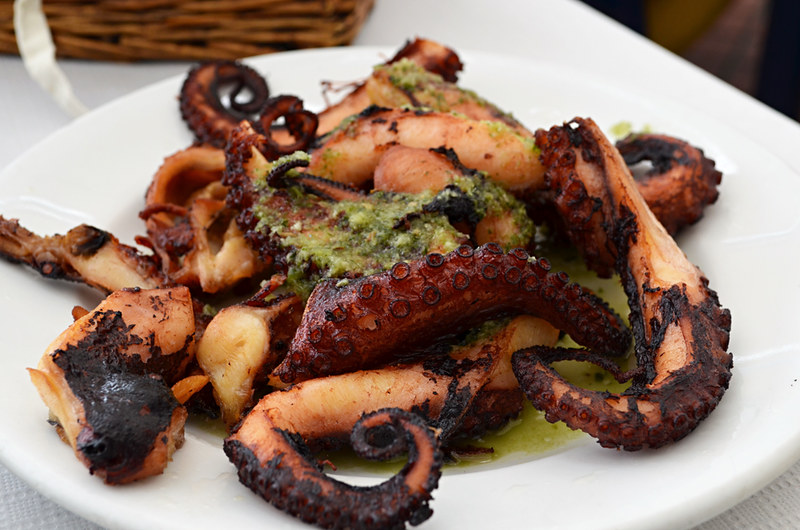 There are a number of reasons people give for not liking fish and seafood, but most don’t hold up very well under close scrutiny.

I don’t like the smell
Fish past its best is rank. But fresh fish doesn’t have a strong aroma, it should smell more of the sea than anything else. Walking past the harbour where we live is enough to drive me insane with hunger thanks to the aroma of frying fish which bombards my nostrils. To me it’s one of the best cooking smells going. If the smell of fried fish repelled people, why is fish and chips so popular in Britain? I’ll get back to that later. 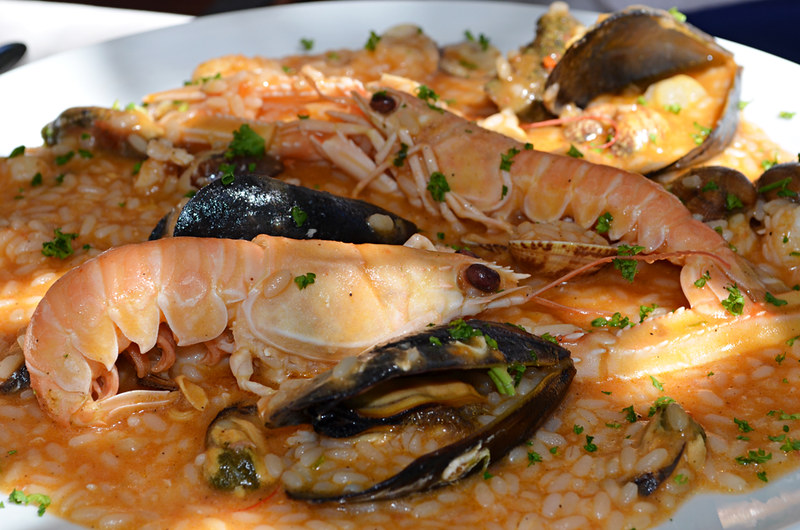 I don’t like bones
On the face of it, a fair enough reason. Nobody enjoys having to pick the bones out of every bite they take. But there are two reasons why the bones excuse might be a bit of a… err… red herring. Knowing how to eat different fish means enjoying meals which are bone free. Some fish you peel the flesh off the skeleton from the spine, others from the middle; there’s often a technique. Knowing which to apply takes a lot of experience of eating fish. What’s far easier is to opt for the big fish which are meatier and more likely to be bone free – tuna, cod, grouper etc. 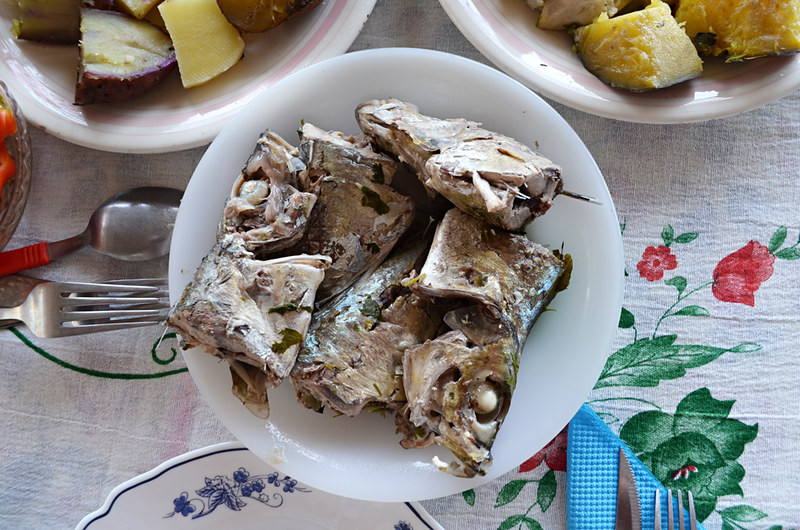 Seafood is rubbery
The rubbery excuse is one I’ve heard applied a lot and sometimes fairly. I’ve eaten jellied cockles in Cornwall whose only merit was they gave my jaw muscles a decent workout. But the likes of squid and octopus should be quite tender when prepared and cooked properly. I’ve eaten pulpo a la gallega in Los Llanos de Aridane on La Palma which was cooked in such a way I could cut it with a fork. Good seafood isn’t rubbery. 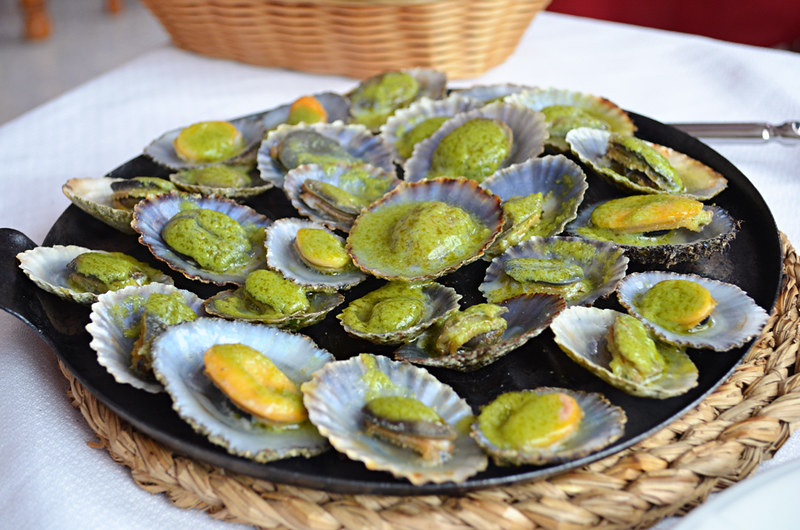 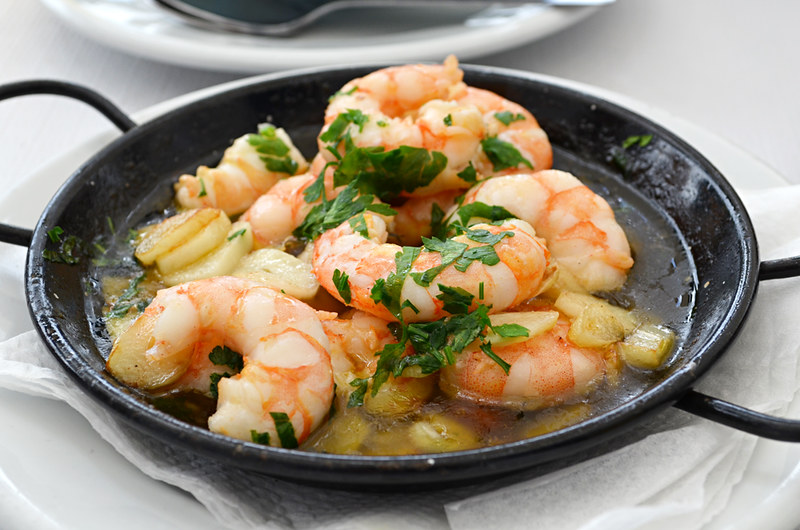 I don’t like the taste of fish and seafood
See above. It’s simply not a valid reason. It would only be valid if all fish and seafood had similar flavours. They don’t. As someone who has worked their way through a decent list of what swims and scurries in sea, rivers and lakes I can state quite categorically there is a marine world of different flavours. 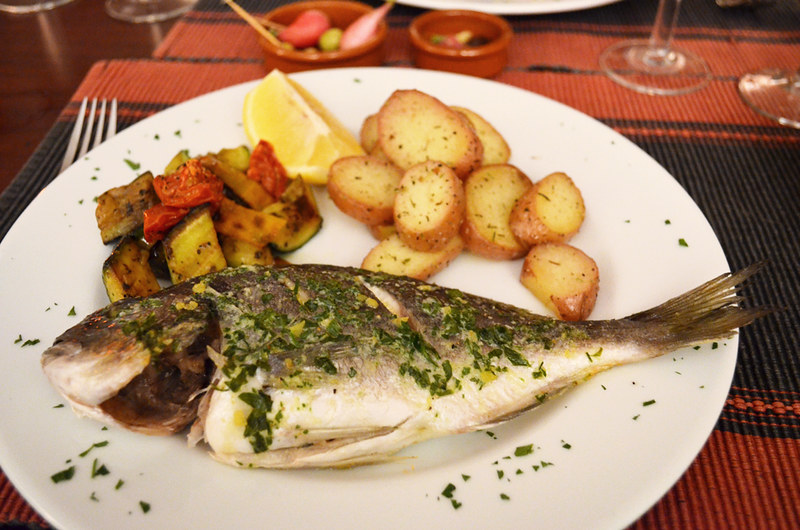 I don’t like things with heads and tails
Some people who happily eat filleted fish squirm at the idea of being faced with a fish that still has its tail and head still attached. Similarly squid rings might be okay, they look like onion rings after all, but throw in some squiggly tentacles and you’ll get a different reaction from some people. Not liking the idea of eating a whole fish on a plate, or prawns in their shells piled high in a bowl is probably the most illuminating reason given for having a dislike of fish and seafood. 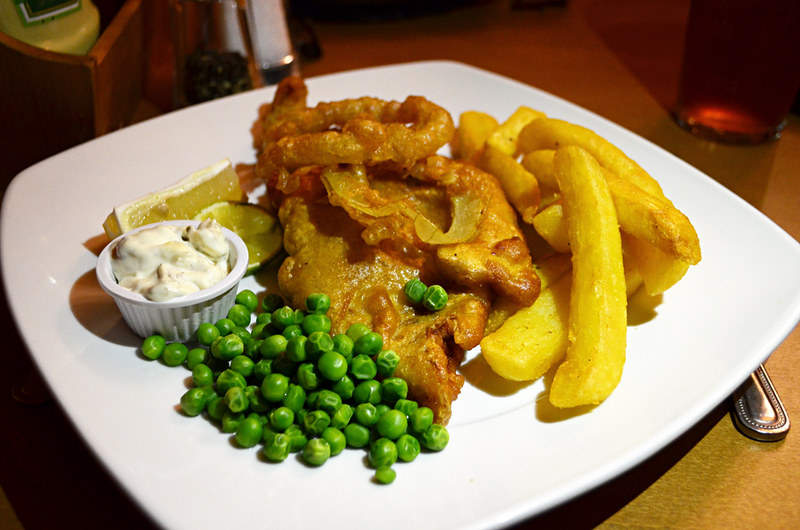 Fish and chips being one of Britain’s most popular dishes might suggest we’re a nation of fish and seafood fans; over a fifth of the population visit a fish and chips takeaway at least once a week. Yet in his recipe book Taste of the Sea, chef Rick Stein talks about how he tried to push moules et frites in his restaurant in Cornwall for years, without success.
This apparent contradiction is partly because in Britain fish and seafood consumption is mainly limited to cod, salmon, tuna, haddock and prawns. These five account for up to 75% of all fish and seafood eaten. Basically we’re only comfortable eating certain types of fish and seafood.

What makes the crispy golden fish served in the 10,500 chippies around Britain different from fish served with head and tail still attached is it doesn’t look like something which was recently a living creature. 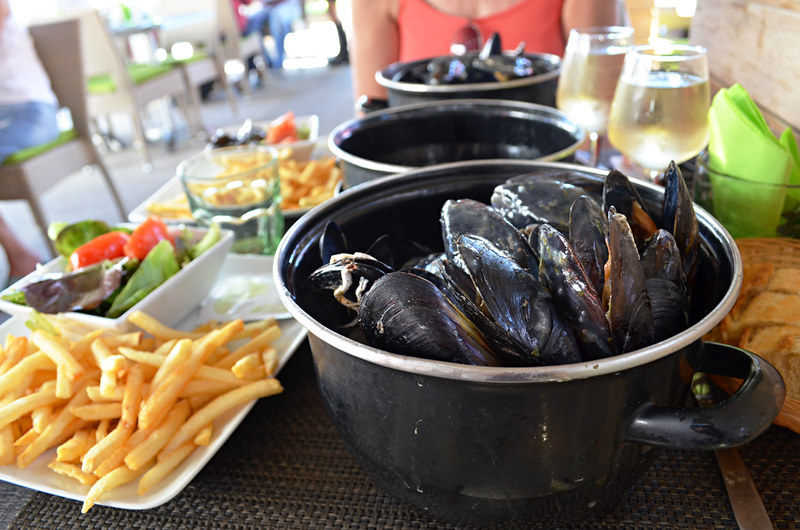 This would suggest it’s nothing to do with taste, texture or smell. It’s all about what the thing we’re putting in our mouth looks like.

If diners had a mini roasted pig, cow or lamb lifelessly staring back at them from their plates, you can bet there would be a lot more people trundling out excuses about why they didn’t like meat that were similar to the ones used by people who say they don’t like fish and seafood.