The most valuable treasures, whatever form they take, don’t just fall at our feet. If they did there would have been no Indiana Jones, Lara Croft, or James Tiberius Kirk. We have to seek them out; to boldly go where, well, some others have gone before – sometimes hordes of others. These are ten of the glittering prizes we cast our gaze upon over the past twelve months. 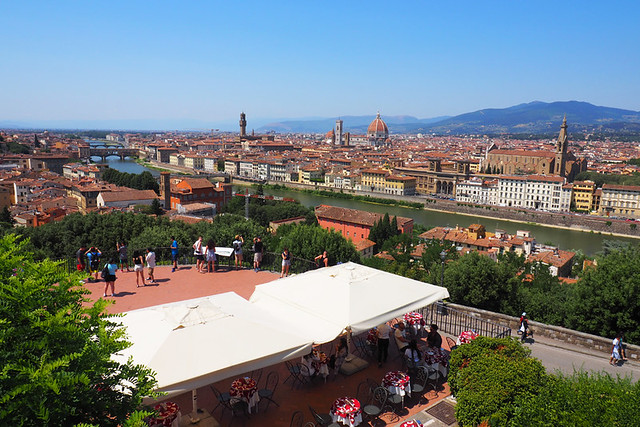 Piazza with a view, Florence
The standard blurb for Piazalle Michelangelo on a hill on the River Arno’s south bank is that it’s filled with tourists, vendors and a bronze replica of Michelangelo’s David. Yet on a sizzling Sunday in summer we found it to be relatively crowd-free, especially compared to the piazzas in the old centre across the river. I’m of the belief that when you have to make the effort to reach a viewpoint, the appreciation of the scene which is the reward is far greater than just having to step from a coach or a car. And so it was with Piazalle Michelangelo. Florence’s historic centre hadn’t seduced us as much as we’d expected, the classically romantic A Room with a View skyline from the piazza righted that wrong. 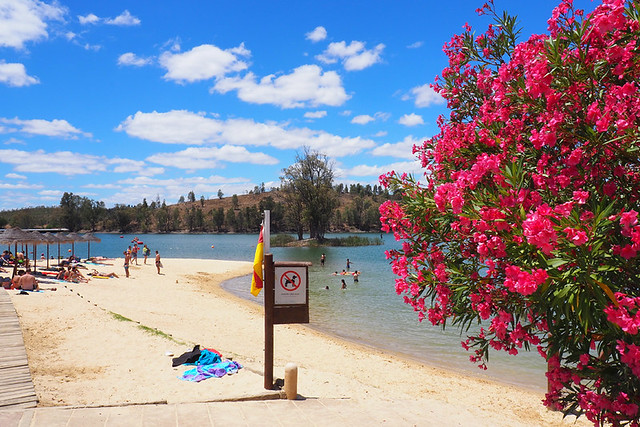 Alentejo’s inland beach
Alentejo is a sprawling region in Portugal which provided a perfect example of how patience in travel can lead to delightful and occasionally surreal surprises. The way parts of Alentejo work seems to be drive through miles and miles of unchanging countryside – golden plains, cork trees, olive groves… more golden plains, cork trees, olive groves. And then WHAM, out of this gold and green world appears something quite special and unexpected. On a driving route from Beja I could have listed two or three such moments, but I’m opting for the most surreal – a praia fluvial (river beach) at the former mining settlement of Sao Domingos. It’s as if a chunk of coastline had been transported inland to the border with Spain. 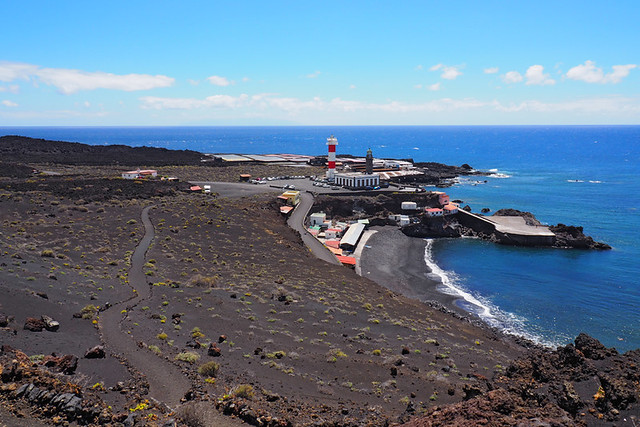 Brave new world, La Palma
La Palma is rightly known as la Isla Bonita, the most water rich and flowery of all the Canary Islands. Yet the scene which had me in awe, not for the first time, involved a section of the island whose beauty had been ravaged by monsters; destructive, volcanic outbursts in 1677/78 and 1971 on La Palma’s southern tip which scarred la Isla Bonita. The result was a desolate landscape which humankind has adapted to in the most creative fashion, adding colour and quirks to a violent world – from salt pans to fishermen’s shanty towns. A demanding walking route around the San Antonio and Teneguia Volcanoes shows first hand how uncompromising this terrain is, making us appreciate even more the effort that has gone into turning black ash slopes into green-speckled vineyards. 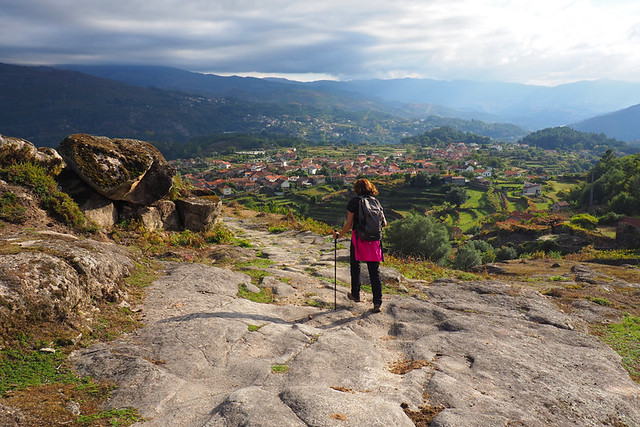 The old mountain road, Peneda-Geres
Portugal’s Peneda-Geres is currently my favourite walking destination. I’m fickle so that’ll change after the next area we go walking in for the first time. Even so, it is an exceptional place. Wild and untamed, it makes you work for your rewards. An experience there put this into perspective. We said our goodbyes to our friend James over breakfast at our hotel. By the time we’d reached the point in the photo, he’d jumped on the bus to Braga; visited a hotel and had a quick look around the city; taken the bus to Porto; flew back to England; caught a train to York; and was on the last leg of his trip home. Meanwhile, we’d only reached the point on a marvellous old Medieval road where we caught the first sight of our destination, the mountain village of Soajo. 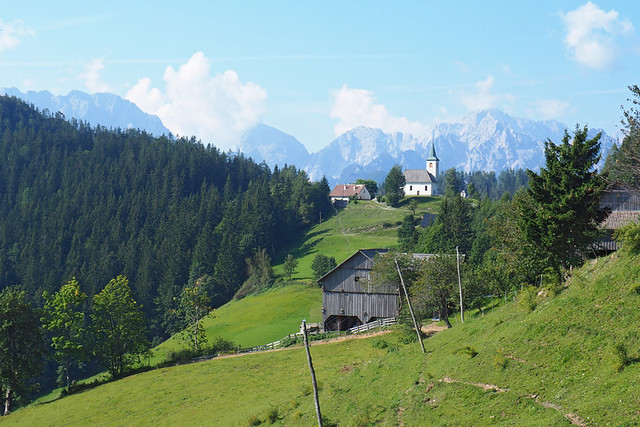 Enchanted by the valley, Logarska Dolina
The Logar Valley (Logarska Dolina) is beautiful, a stunner. That much was obvious from the moment we set eyes on this enclosed valley. My first reaction was ‘yes, it’s a looker for sure, but what makes it stand out from the crowd?’ We’ve seen numerous drop-dead gorgeous valleys in neighbouring Austria. It didn’t take long for us to discover the answer. Logarska Dolina is completely surrounded by granite mountains or steep, forested slopes; a valley which feels as though it is hidden away in a natural cul de sac at the end of Slovenia. Apart from the sheer beauty, there’s an air to Logarska Dolina and surrounding area, a mystique if you will which, combined with the scenery and the people who live there, makes it a very special and enchanting location. 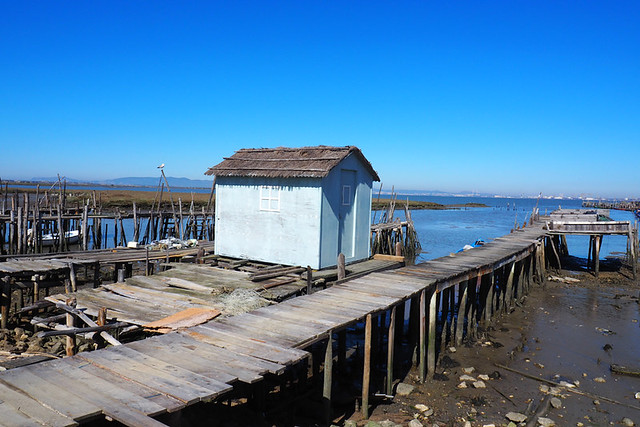 Rickety Carrasqueira
Ramshackle huts and rickety wooden walkways; messy mudflats and broken boats; dusty dogs and haughty herons – that’s Carrasqueira, tucked into an inlet on the more remote part of the Sado Estuary. It’s raw, unkempt and honest and I adore the place. 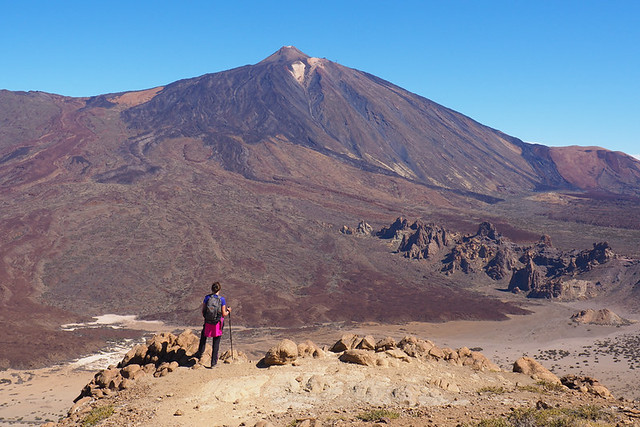 Nearly the top of Spain
We’d underestimated how difficult to navigate some walkers would find the final itinerant section of Inntravel’s To the Top of Spain walking holiday on Tenerife. Basically, you get to the crater rim above Teide National Park and turn right (obviously the actual directions were more detailed than that, but ostensibly that’s what happens). But there was one part where there’s such an off-putting illusion ahead that some walkers couldn’t believe it was the way forward. In one case, from a garden in Portugal, we had to talk a walking couple through the section by phone. We’d immediately beefed up the directions and this year returned to walk it again ourselves to ensure there was no longer any ambiguity. It’s a hard route; however, the mind-blowing pay-off on reaching the crater rim remains the one to beat as far as we’re concerned. 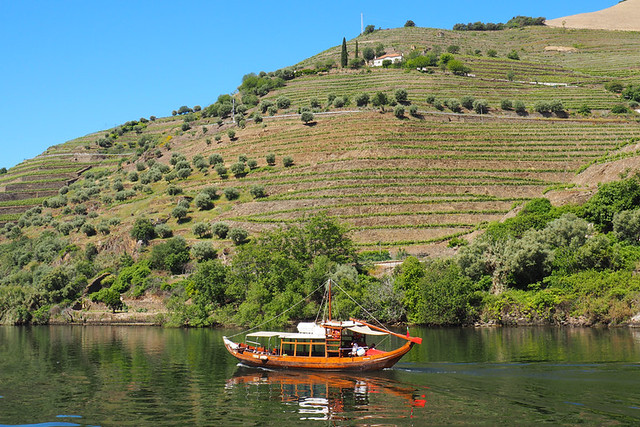 Gold and green Douro
Admittedly, lapping up the picturesque panorama which unravelled continuously over the course of a few hours from the deck of a ship cruising the Douro River didn’t require much effort at all on our parts – basically, heading below deck whenever the heat became too much to bear. The Douro on a sunny day is exquisitely beautiful – vineyards which could have been designed by Escher, adegas lounging elegantly on the hillside, whitewashed riverside villages, silver olive groves, cruising rabelos, and kaleidoscopic waters whose colours reflect the landscape. Dream scenes. 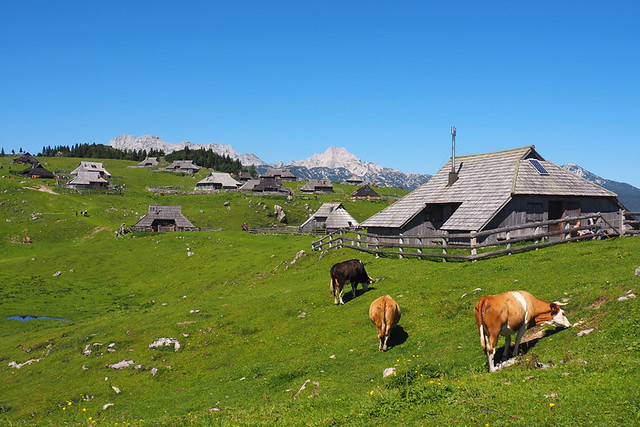 Velika Planina
I’ve written about this in detail recently and don’t care that I’m ramming another image of the place down anyone’s throat. Seeing this herdsmen’s village in Slovenia for the first time was simply one of the most memorable travel experiences I’ve ever had. 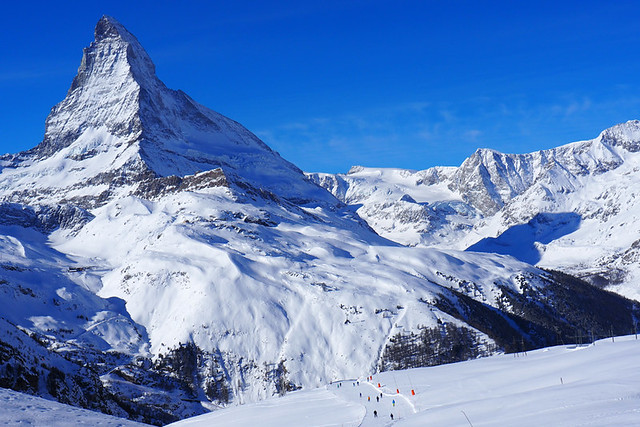 White gold, Switzerland
Pure air in our lungs and crisp snow underfoot, making satisfying crunches with every step; the perfect snow of childhood fantasies. Not the damp, dirty slush which invariably greeted me in the morning after a night of promising soft flurries against my bedroom window on a Scottish island where the Gulf Stream allegedly kept us too warm (a relative term) for heavy snow. Zermatt in February was my first real encounter with ‘proper snow’ and I was entranced by just how blindingly beautiful the world is when draped in a snow queen’s cloak. Looking out across the white-scape from mountain tops and the cosiness of cable car cabins, I finally understood what attracts so many people to snowy slopes.

To walk the Camino with waterproof boots or not

High on a hillside above us, a prissy-faced guanaco watched with an amused expression as we contemplated the barrier blocking our progress – a rambunctious river whose clear, pale water was a couple of degrees […]

Mud plaster walls add to the feeling that this is more akin to walking in the Atlas Mountains than walking on the Spanish, Canary Island of Fuerteventura. […]