We’ve been travelling for 15 hours by the time our plane comes in to land on São Vicente, and we still haven’t reached our final destination of Santo Antão. As the taxi speeds through the black night, we have no great expectations of São Vicente, we’re just looking forward to a cold beer and a bed for the next two nights. But Mindelo has other plans. 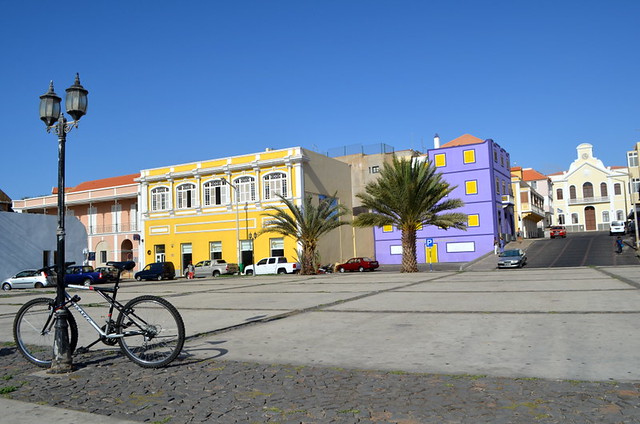 No stranger to its role as a stepping stone, Mindelo first found its purpose 300 years ago when the British established a refuelling station for trans-Atlantic shipping, the town’s natural harbour of a flooded crater rim providing the perfect port of call for ships en route from Europe to South America and Africa. Storing coal to power the steam ships, for more than a century Mindelo acted as an axis between old worlds and new until the dual swords of the opening of the Suez Canal and the switch to oil fired engines dealt fatal blows to the town’s fortunes. 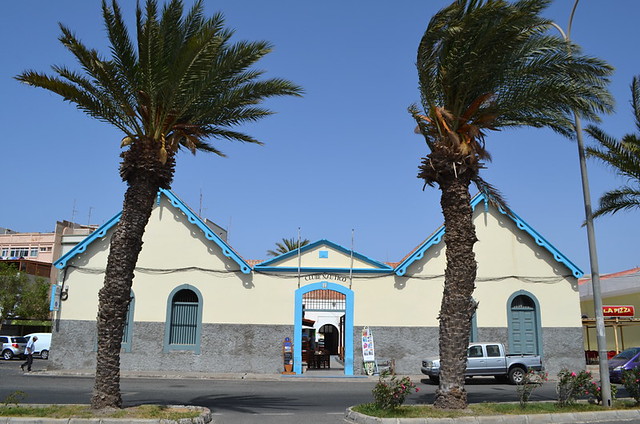 An amalgam of the forces that have shaped its creation, the colourful houses, bustling streets and laid back vibe of Mindelo are a mellow blend of Portuguese, British and African influences with an overlay of Caribbean charm. Weaving our way through the centre of town, the taxi driver points out the Presidential Palace and the town hall, the municipal market and the colonial houses of Praça Amilcar Cabral before pulling up outside the elegant façade of Kira’s Hotel. 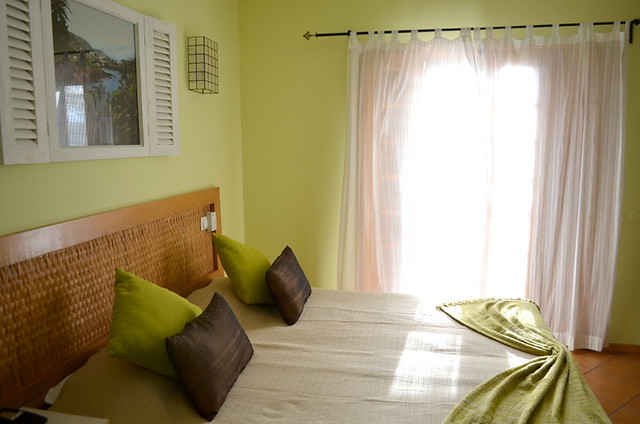 We had hoped for just a comfortable bed, what we got was a charming boutique hotel in the heart of the town run by the beautiful Isabel and her exceptional staff. Two cold beers were escorted from reception to our simply stylish room where we threw open the shutters onto the still night air, downed the small bottles and collapsed onto the bed beneath the ceiling fan. Rarely has a hotel been more welcoming or more welcome than Kira’s was that night. 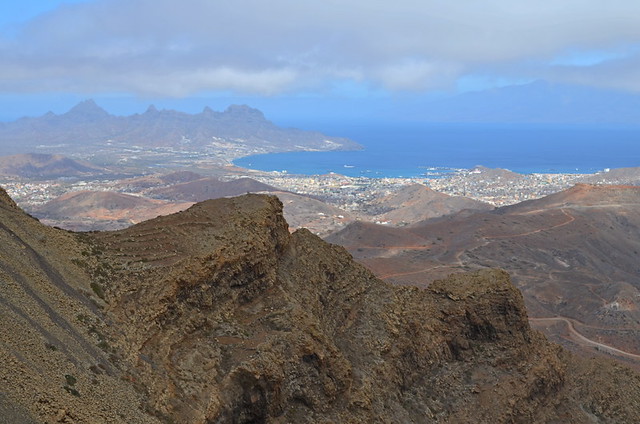 The following morning, after a sunny courtyard breakfast of fried cachupa; fresh papaya, mango and kiwi juice; home made yoghurt; goat’s cheese made by Isabel’s brother and fragrant coffee from Fogor, we set off to walk from Monte Verde to Baía das Gatas. Unravelling 360 degree views across desolate, volcanic plains sweeping down to cyan waters, and across the narrow channel to the imposing outline of Santo Antão, we wound our way down from the highest point on the island to the red dust of Baía das Gatas. It was late afternoon by the time we returned to the town to explore. 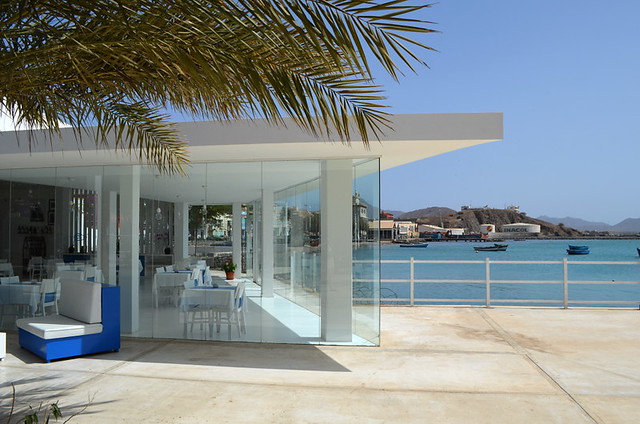 Still the focus of daily life, the ferry port and water front dominate the town and provide a microcosm of Mindelo’s social and historic strata within one short stroll. At the north end of the harbour, the contemporary glass frontage and plush blue and white chairs of the Pont D’Agua marina provide a cool venue for the yacht crews that moor alongside. Across the wide promenade, wrought iron balconies front a rainbow row of colonial houses whose doors open onto dark bars, mini supermarkets and hidden galleries. 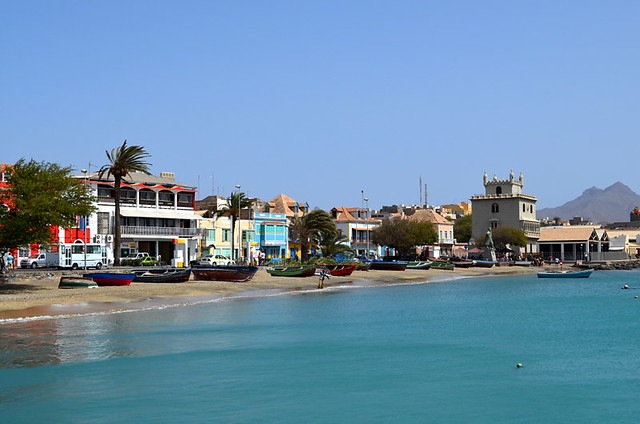 Beyond the fishing boats lining the back of the beach and the groups of men sitting smoking on the jetty, the incongruous Tower of Belém rises, a pale copy of the Lisbon original and a symbol of the town’s former Portuguese sovereignty now regarded as something of a folly, while opposite it, the smell of fish pervades the air as street market vendors throw the day’s catch onto scales and into carrier bags. 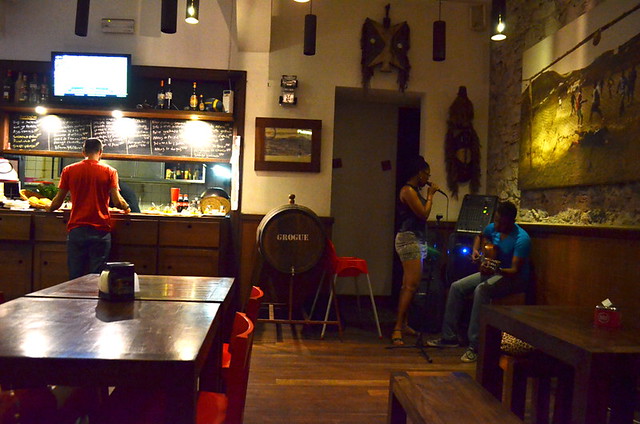 That night we wander back to the waterfront where the chalk board menus of the Café Mindelo catch our eye. Stepping in for a closer look we’re surprised when a waiter speaks to us in English and explains what each of the fish dishes are. Beside the long counter, a guitar player is tuning up. It’s a deal sealer. Over a parillada of red mullet, tuna, octopus, spider crab, bream and espada (Black Scabbard fish), we listen to the soulful guitar player and honeyed voices of the two female singers and realise that Mindelo has us in its spell.

Tomorrow we’ll board the early ferry to Santo Antão where we’ll spend the next four days but we’ll return to Mindelo to break our journey back to Sal and home; to sit in her colonial courtyards drinking ice cold Bock beer; to stroll her eclectic streets; and to buy her music to evoke her memory when we get home. Marvellous Mindelo, so much more than just a stepping stone.