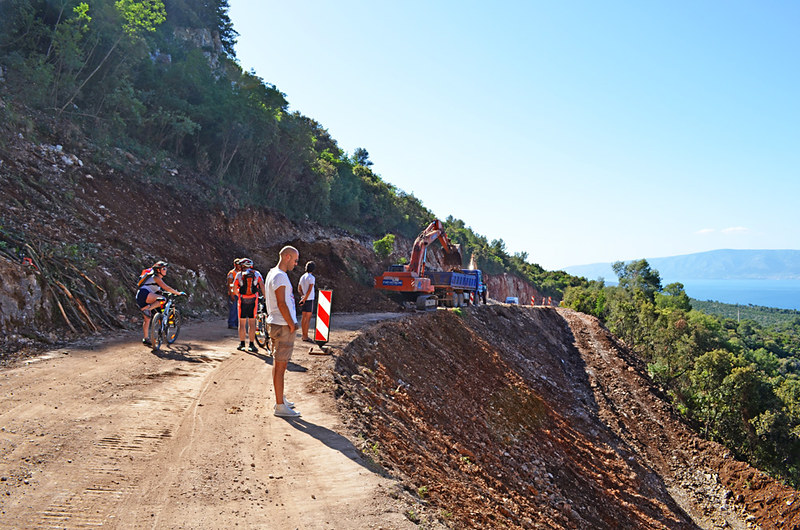 Bad Decision No1. Catch the ferry that sails to the Sucuraj end of Hvar when we’re staying in Hvar Town at the opposite end of the island.
Bad Decision No2. Go for lunch in Sucuraj in order to let all the campers get to where they were heading to before we took to the road again.

We knew there was only one road connecting one end of Hvar with the other. We didn’t know that it was known as the ‘road of Hell thanks to its narrowness and history of bad accidents. Neither did we know that roadworks meant that for miles and miles there was no tarmac, only a dirt track filled with sharp rocks that snapped and pinched at the car’s tyres, threatening to bite through the rubber.

The other thing we didn’t know was that the road workers timed their break to coincide with ferry traffic, starting again when all the traffic had passed. All the traffic except those dumb enough to take a lunch break in Sucuraj. By the time we reached the place where work was actually taking place, a JCB was completely blocking the dirt road. There wasn’t even space for a bicycle to get through. We were trapped on Hvar’s road of Hell. Trapped until the workmen decided we’d waited long enough.

In truth, apart from the rocky surface, the road wasn’t that bad. The hell part was not being able to get to our hotel until late afternoon.

We lost a lot of time on that road.