We’d been travelling on a cramped bus for hours. It was hot and dusty and we were sticky and tired.

Eventually we reached our hotel in Habarana, a convenient inland base for exploring Sigiriya and Polonnaruwa on Sri Lanka. As we arrived, an elephant lumbered past the entrance carrying a roll of cane in its trunk. Once inside we watched a troop of monkeys use the roofs of low buildings as launch pads to reach the pool area where, we discovered over the next couple of days, they regularly made anarchic assaults; outwitting staff every time and leaving the place as though a typhoon had swept through – a typhoon made up of impish faces. 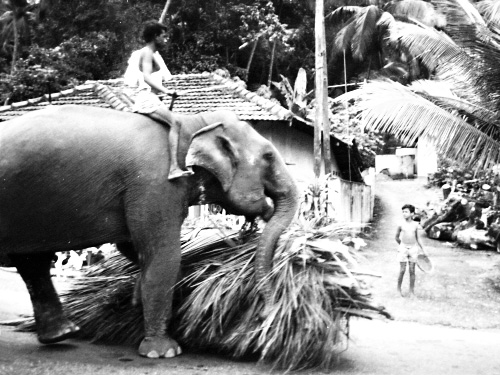 We were handed cool, damp cloths to wipe our faces as the receptionist checked us in. There were four of us. The other couple we hadn’t known until our paths crossed on the same journey a few days previously. Our rooms had been booked but not allocated.

The smiling receptionist held out her hand to reveal two keys. On one, the room number was inscribed on a decorated golden tab. On the other it was etched into a plain block of wood.

One of our travelling companions (the man) immediately reached out and grasped the golden key, leaving us with the wooden one. It made no difference to us, the rooms would be more or less the same. However, we were amused at the speed in which he grabbed the golden key.

As it happened, the rooms weren’t the same at all.

Ours was a delectable, detached mini villa with its own little leafy terrace area, whereas our companions had grabbed themselves an ordinary room in a small block which housed a couple of other rooms.

All that glistens is not gold.

I’ve often wondered if it was a deliberate test on the part of the receptionist. I’ll never know, but in a country where Buddhism is the main religion, it seemed a wonderfully appropriate little morality tale. 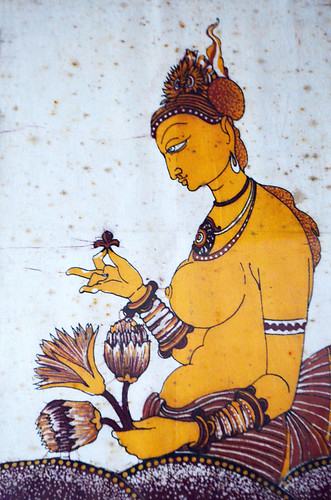 There hadn’t been a drop of rain on the plains for three months, so it was serious bad luck that fifteen minutes into our Sri Lanka safari we were up to our knees in water and battling against driving monsoon rains […]