“I wonder if anywhere will be showing the Manchester United Champions League match tonight?” I pondered out loud as our riverboat made the final adjustments to moor against a floating jetty linked to the bank by a thin, slippery metal walkway resting on a series of pontoons. 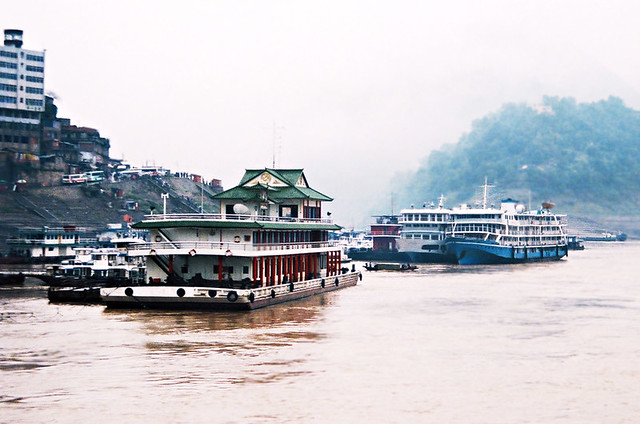 The riverboat secured, we shuffled off the old boat single file, passing signs in Chinese that meant nothing to me. It was a dreich day. The river was mud brown in colour, the riverbank was actually mud, the sky didn’t seem much different in tone.

As we edged closer to terra firma a huge angled billboard came into view. I’d no idea what it was advertising, but I instantly recognised the face beaming down at us all – Ryan Giggs in his Manchester United strip. The timing couldn’t have been more perfect

Everybody leaving the boat spotted it. I didn’t need to say anything.

Behind me I heard the Irish dentist sigh.