Twenty four hours in Bergamo is a bit misleading. By the time we drove round and round one way systems leading to dead-end piazzas and a maze of very lovely, but hellishly confusing, narrow streets to find our hotel, we actually had quite a bit less than 24 hours left in the old town of Bergamo.

Despite frayed nerves and teeth that had been seriously gnashed, Bergamo is a seductress whose easy charms quickly massaged tense muscles and planted soothing kisses on our cheeks, so that stormy frowns were replaced by wide-eyed wonder and smiles.

As an introduction to Italy, Bergamo (Città alta) in Lombardy was perfect.

This isn’t a guide, our time was too short for any attempt at that, this is our impressions of a city we would love to spend more time getting to know. 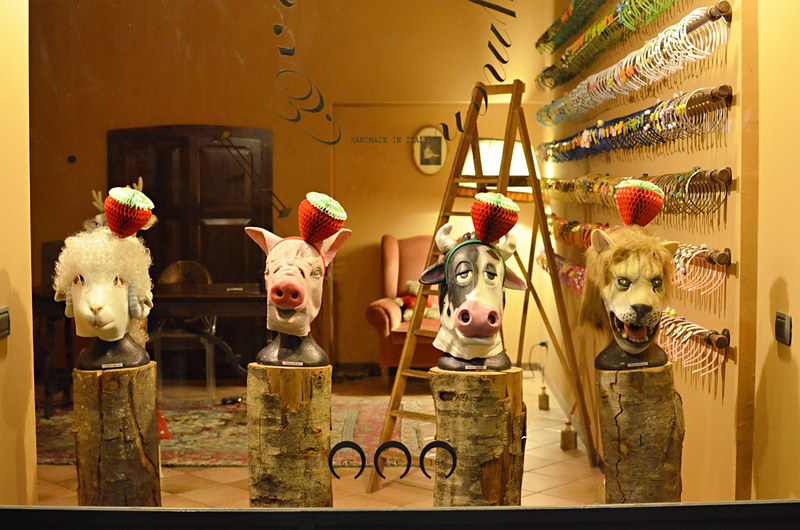 You know you’ve arrived in Italy when the fashion shops are small and individualistic with quirky window displays. Who’d have thought there was a market for headbands in the animal world? 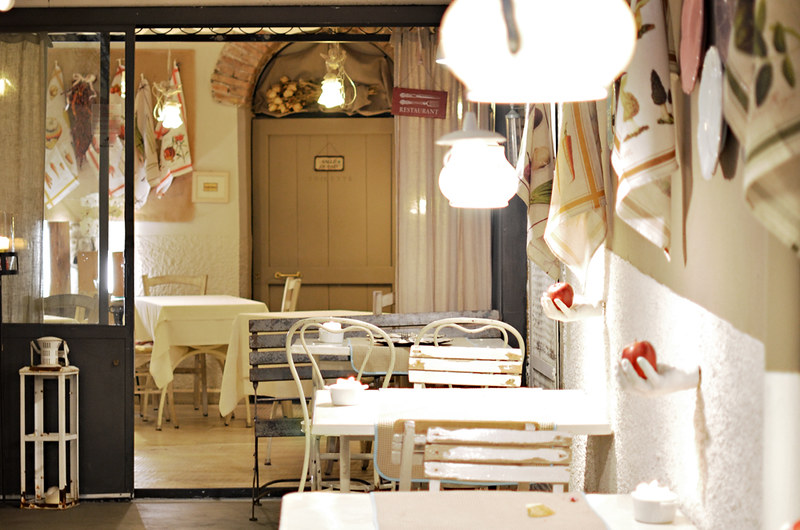 Really, how do you choose when everywhere looks so inviting? Although we went elsewhere in the end, a polenta bar with a couple of slightly inebriated locals tucking into bowls of wild boar polenta, inbetween swigs of red wine, looked most fun. 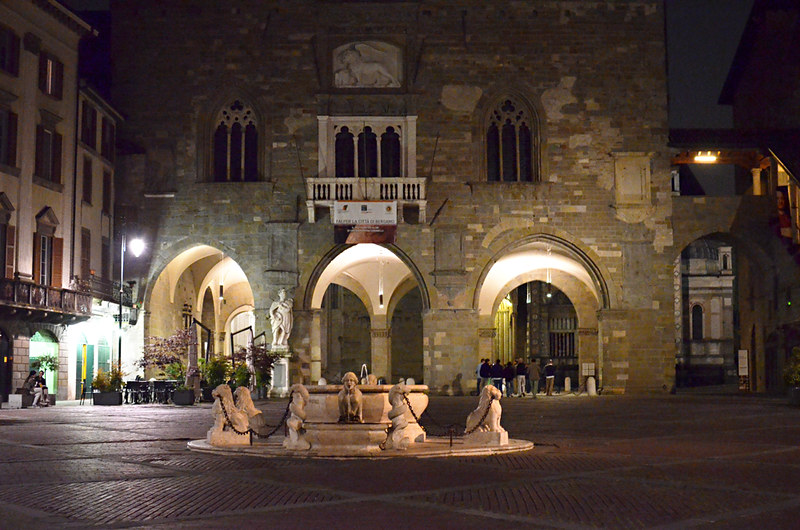 Thursday night and old Bergamo was teaming. But by the time we’d checked in, eaten (the dithering over which restaurant ate into our time as well) and then set off on a stroll, the town had quietened to the point that it felt as though we were in a Richard Linklater film. 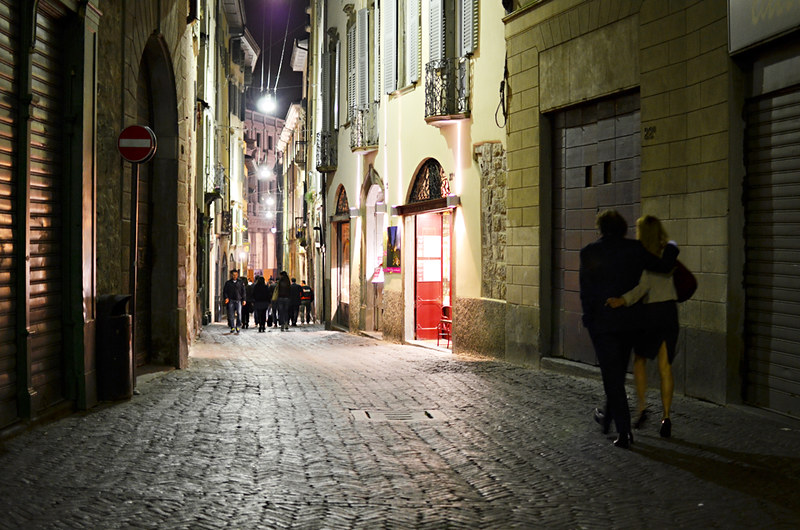 What is it about these narrow, old streets? There might be empty cardboard boxes outside of shuttered shops and unimaginative graffiti on the walls, but they’re still as romantic as hell and every hole in the wall bar looks irresistibly inviting.

Breakfast in a Ruin 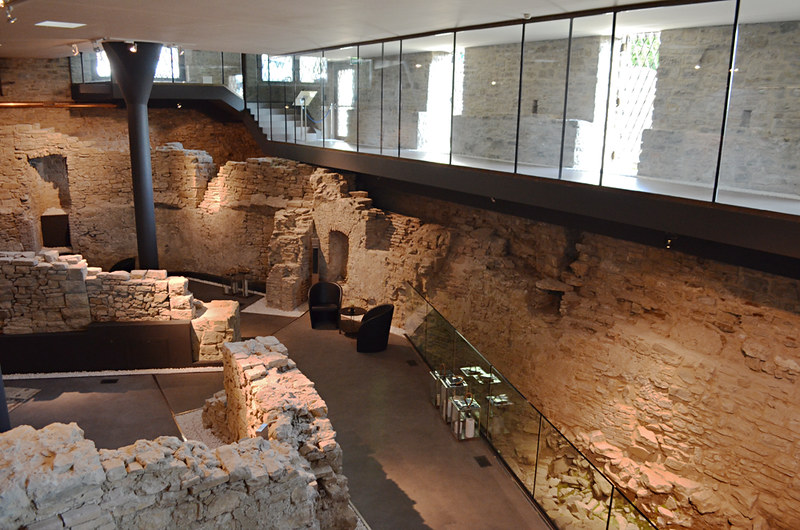 Even the breakfast buffet in our hotel was different from the norm. Part of the dining room at the Relais San Lorenzo is also Bergamo’s original Roman walls. Having breakfast in an archaeological site was a first. Excellent buffet by the way.

Polenta Cakes and Other Goodies 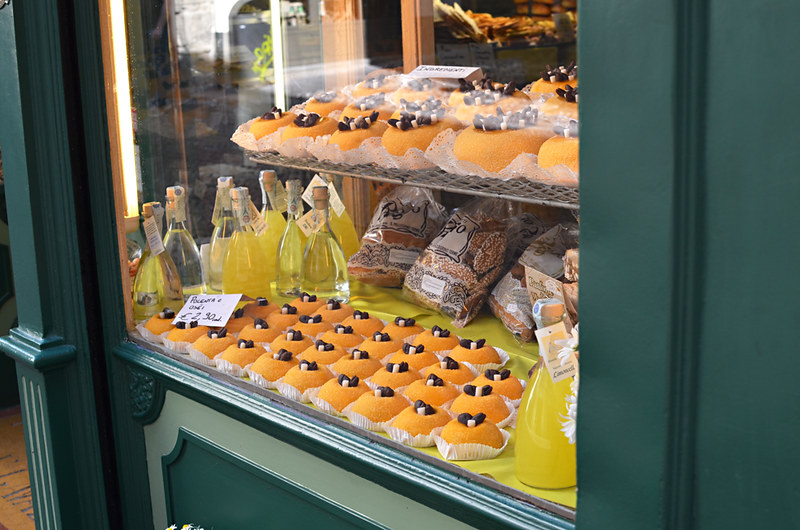 As well as fashion shops, Via B.Colleoni was filled with pastry, cake and mini gourmet palaces that a) had our juices flowing like a slavering Old English Sheepdog and b) made us realise that eating in Italy might not be quite as expensive as we’d been led to believe. Here we were in the most perfect historic city, surrounded by fashionistas, and yet the prices in the shop windows were no different than other reasonably priced European destinations (clearly not Paris). We could gorge ourselves on pies and pastries for next to nothing… if we just had more time. 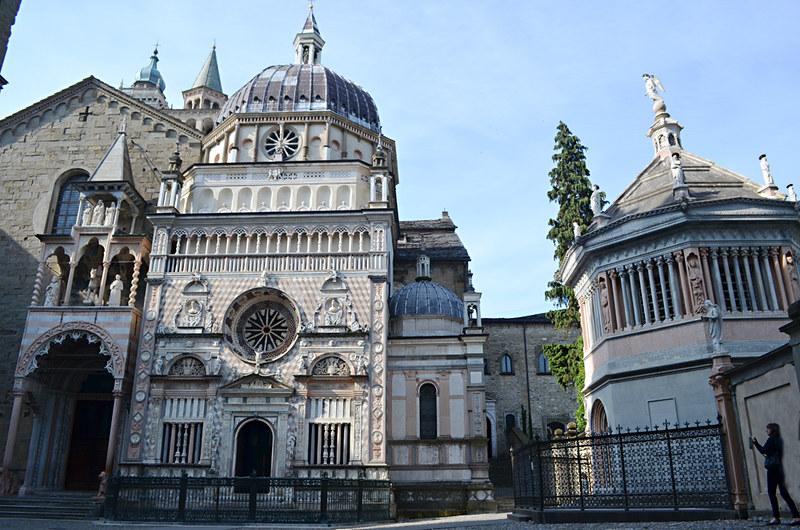 A stroll through Piazza Vecchi in daylight led to the Baptistry, Basilica of Santa Maria Maggiore, Colleoni Chapel, Palazzo Della Ragione and the Duomo (Cathedral). More time was required to figure out which was which, but it’s a pretty impressive spot. 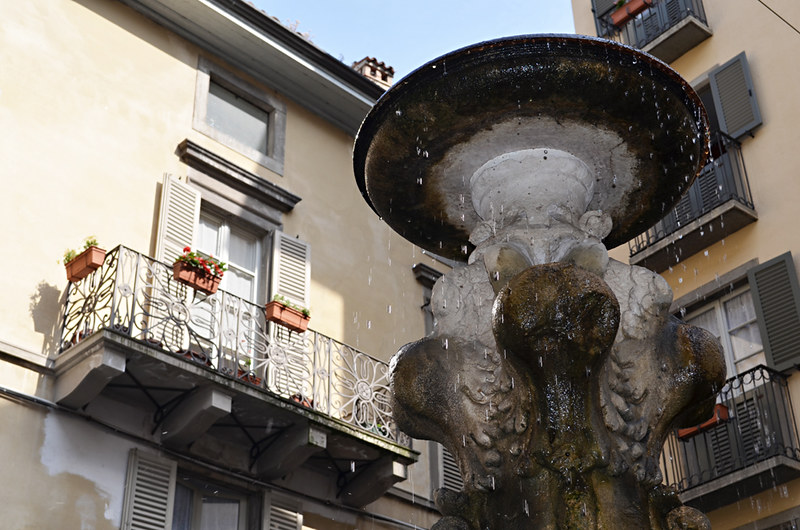 Just a fountain, but in the morning sun, combined with the smell of fresh bread and aromatic coffee, it felt all so Italiano. A woman in a gold, Christmas tree-shaped dress passing  at this point completed the scene perfectly. 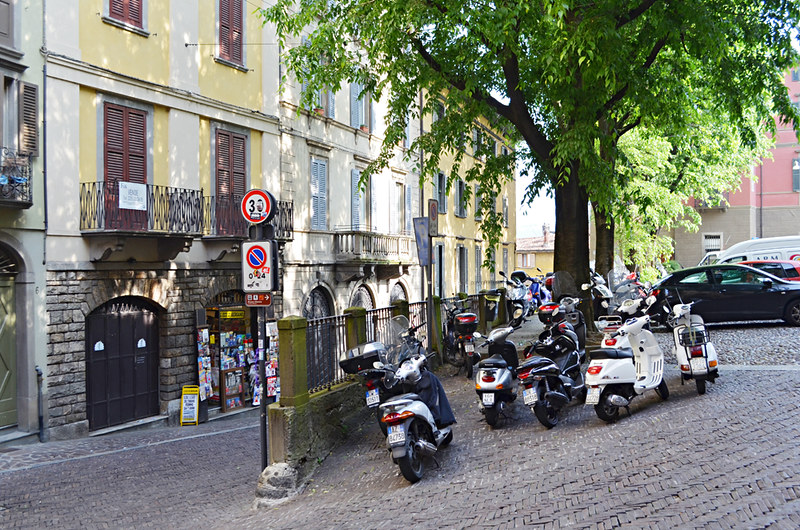 It’s an Italian town. There has to be lots of scooters. It’s the law.

Wash Up and Eat Breakfast 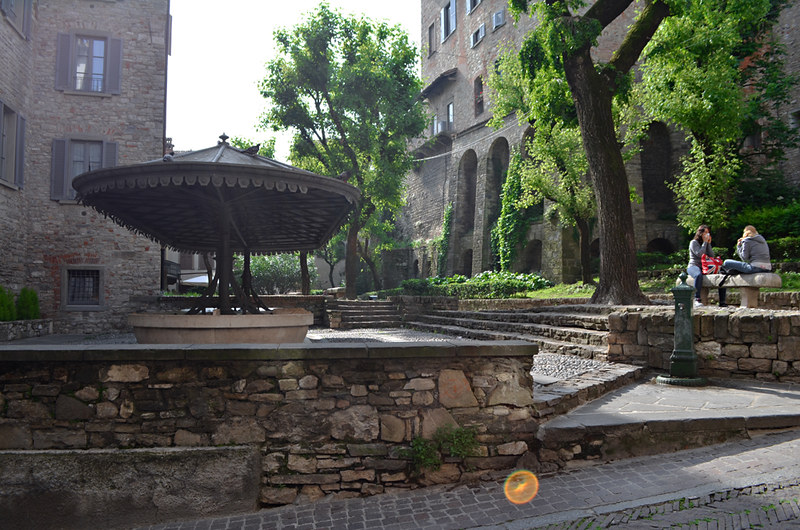 The old communal wash-house is a tranquil little beauty spot and an appealing venue to munch on some of the cakes and pastries that tease all along nearby Via Colleoni.

And then it was time to leave. Short, sweet and left us wanting much, much more.