When the iconic sand dunes and expansive amber sands of Gran Canaria‘s Maspalomas Beach first came into the public eye, it was the free thinking spirit of the 1960s Beat Generation who made their way to its shores. 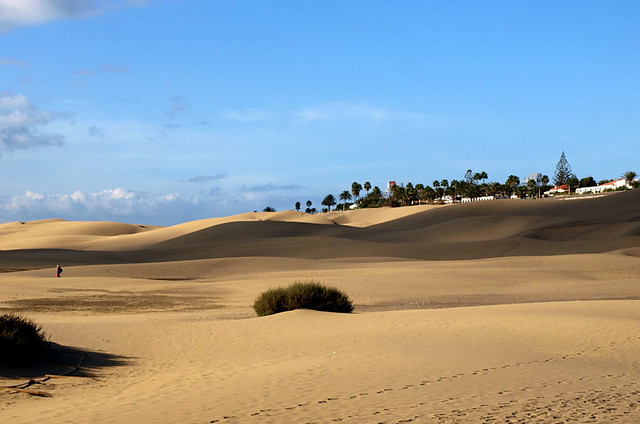 Gradually, lured by the promise of a winter tan, large measures of spirits and carefree days in the sun, the children of the flower power era were replaced by the package holiday tourists, and high rise hotels sprung up to accommodate them. One of those was Hotel Apolo. Built in 1970 just a few paces from Maspalomas Beach, it was the first big hotel to be constructed in the area. 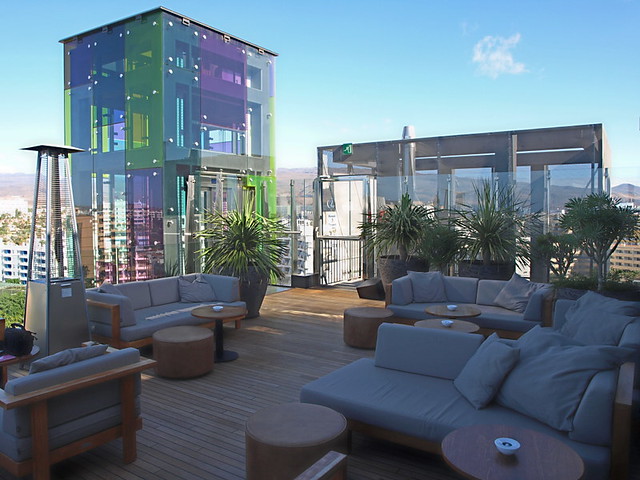 Throwing a design curve ball into the accepted face of today’s Playa del Inglés and a gauntlet for others to dare to follow, in 2012 Rembert and Imen Euling acquired the crumbling Apolo and transformed it into a luxurious, boutique hotel designed to recapture the halcyon days of its youth. In homage to its purpose, they branded it Bohemia.

The adults-only, Bohemia Suites & Spa is dedicated to pleasure. Everything about the hotel’s design appeals to the senses; from its funky, retro-chic rooms with their open plan space, their leather sofas and warm, earthy colours to its gourmet 360º Restaurant and chill out lounge with mesmerizing views across the Atlantic Ocean, the Maspalomas sand dunes and the mountains of the interior. Designed by Bangkok based P49 Deesign, the Siam Spa is a jasmine-scented, black bamboo pleasure space of steam baths, Thai massages and aromatherapy baths. 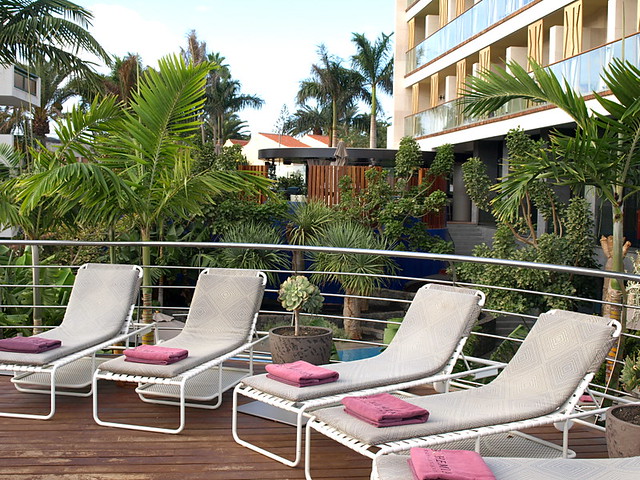 But it’s the design features that induce nostalgia for a crisis-free, intoxicating past which,  coupled with avant-garde functionality, really take Bohemia to its hedonistic heights. Take the 42″ flat screen TV which is also an iMac and an iPod docking station; or the retro-futuristic coffee machine that delivers perfect Italian espresso at the touch of an elegant button; or the black PVC wing-back chair with its own overhead light for easy reading. 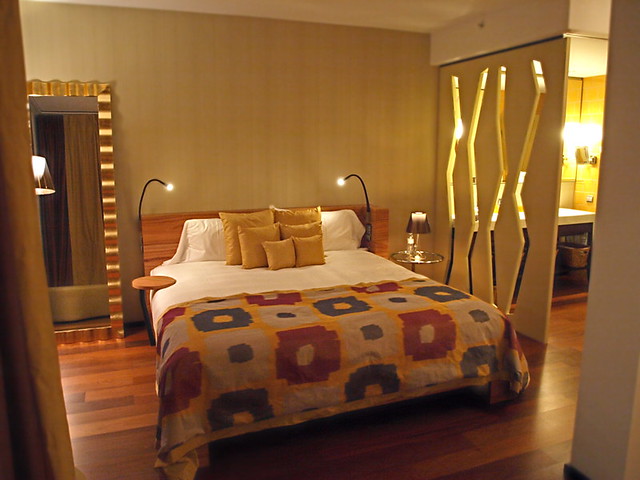 Maximising on light and space, balcony doors concertina to remove the barrier between inside and outside living. Sliding sun screens glide effortlessly across the balcony at the merest flicker of a toe to provide sun or shade at will, and double-edged switches set mood lighting from bright and Jazzy to smouldering romantic, lowering to floor level for midnight forays to the bathroom.

It all adds up to an environment of unbridled pleasure and sign-inducing comfort in a design setting of Madmen meets 007. 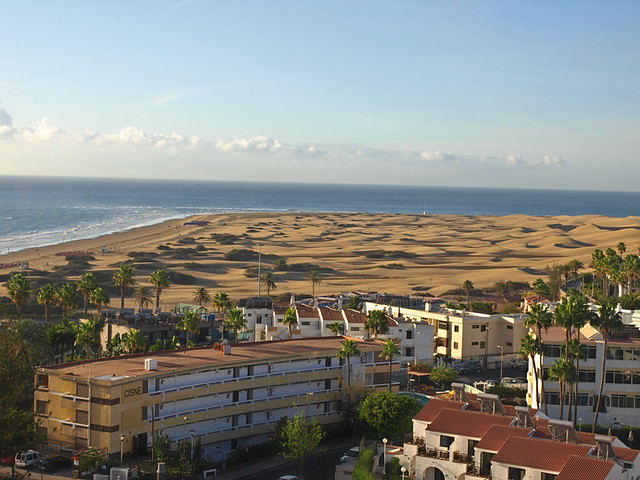 What is perhaps most surprising about Bohemia Suites & Spa is that the Eulings chose to create it in Playa del Inglés, a resort that lies at the very heart of Gran Canaria’s package holiday hangover from the 1980s and 90s. Creating the first new hotel the resort has seen in many years, Bohemia has not only raised the bar on quality but has reconstructed it, painted it in psychedelic colours and placed it in another dimension. It has thrown down a groovy gauntlet for others to pick up. Oh yeah, Baby.

Could do Better, the Parador de la Gomera

We strode to the reception of the Parador de la Gomera on happy feet… and were greeted with a welcome which was indifferent at best. […]