“I’m not sure that’s such a good idea,” I murmur out of the side of my mouth as one of the soldiers draws level. Time to go into full on British mode.

“I’m really, really sorry we screwed up your manoeuvres,” I apologise profusely, adding. “We seem to have strayed from the path. You don’t happen to know where the old camino to the town is?” 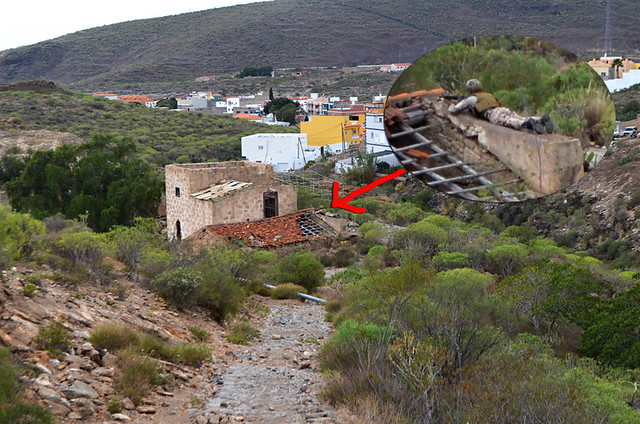 It’s not the first time in the space of a couple of days we’ve asked a ‘local’ for directions. The results  have been mixed.

Local #1: The Hotel Owner
Our map shows there’s an old path leading from the small town we’re staying to the next small town; it’s an old trading route. The problem is finding where it starts, especially when housing has sprung up around it over the years. We ask the owner of the small hotel we’re staying if he knows where the route begins. His response? A smile and a shrug.
Result 1: A bust.

Local #2: The Tourist Board Officer
The girl in the local tourist office is extremely helpful. She gives us a couple of leaflets showing local walking routes. But she doesn’t have any leaflets about the ones we want to follow. Her response when we ask about them? A smile and a shrug.
Result 2: A bust. 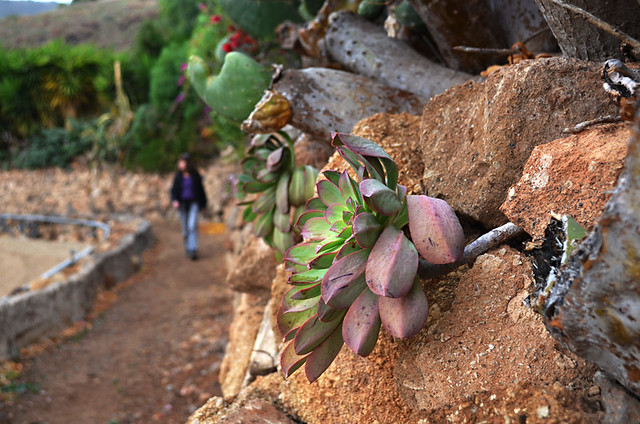 Local #3: The Old Man
With only a map and a decent sense of direction we find the route we want. But after a few kilometres it goes missing in a small village, the old cobbles concreted over to make easier access for vehicles. We stand at a crossroads having walked up a gully to be faced by a sheer cliff and a slavering hound. An old man who must be 90 if he’s a day passes us. We have two useful weapons in our armoury. We can speak his language (how well is another matter) and we know the name of a small hermitage the path should meet soon. First we ask him the way to the town. He points in the direction of a main road – the new link between the towns and the wrong route. We ask again, stressing it’s the old path we want (the one that has existed for a couple of hundred years), throwing in the name of the hermitage to help him. His response? A shrug.
Result 3: A bust.

Local #4: Another Old Man
See above. A total replay.
Result 4: A bust. 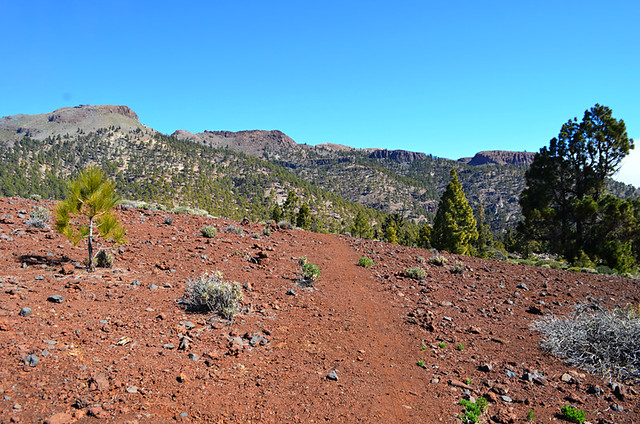 Local #5: The Woman on the Balcony
A woman hanging out her washing (big bloomers) on her balcony has been watching our unsuccessful attempts at getting any useful information from the village’s elderly and clueless male population. When she hears the name of the hermitage she points up a concrete ramp that looks as though it ends at an iron gate; it doesn’t. She gives us precise directions and we’re off and running again.
Result #5: Perfect. Ask a woman when you want useful information.

Local #6: The Bus Driver
Having reached our goal, we decide to catch a local bus back to our starting point. We sit at a bus stop until a small, green minibus trundles up. It isn’t going our way and what’s more there will never be a bus going ‘our way’ from this bus stop. The bus driver points us in the direction of the town’s bus station, where we can catch a bus. He’s very helpful.
Result #6: Useful information. 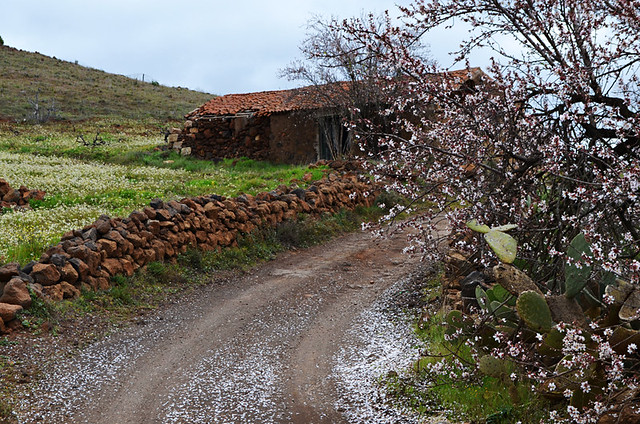 Local #7: The Road Digger
Finding the bus station isn’t as easy as we expected. It’s a small town, but the station isn’t on the main road through it. We ask a worker digging a hole in the road. He doesn’t know. He’s not from the town; he’s from the next town along.
Result #7: A bust.

Local #8: The Tourist Board Officer 2
Another day and another town. We’ve followed a route on our map to reach a town deep in the pine forest. Finding an alternative route back to our starting point looks like it will be difficult. We ask a smartly dressed girl at a tiny wooden tourist kiosk. This is a base for hikers, she’ll have good knowledge of the area. She throws a couple of leaflets our way for routes that have nothing to do with the question we asked her. Further questions seem to annoy her and she starts throwing out excuses like machine gun bullets. ‘It doesn’t exist’ (she also tells us the path we arrived on doesn’t exist), ‘there are no signs’, ‘it’s through private land’… and so on. She even tells us to shut up at one point.
Result #8: A serious bust and a lot of bull. 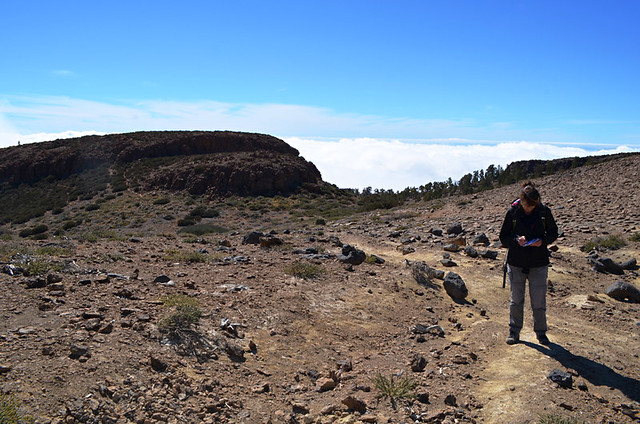 Local #9: The Hotel Receptionist
Having found the route we were looking for under our own steam, we move on to another rural hotel and ask about walking routes in the area. The receptionist showers us with leaflets and information. It makes life a lot easier.
Result #9: Useful information received.

Local #10: The Forestry Worker
The information given by the hotel receptionist is wonderful and the paths easy to follow until we come to a crossroads and our signposted path heads off in a direction which doesn’t seem right to me. The map tells me otherwise, that we should be heading along a dirt track heading south. Luckily a 4×4 appears along the path, driven by a forestry worker. We ask him the way. He points along the signed path. I’m not convinced. I ask him again and show him the map. He looks at it for a moment, strokes his chin and then agrees that the way I thought was right is right. The signposted path heads elsewhere.
Result #10: Could have sent us miles out of our way. 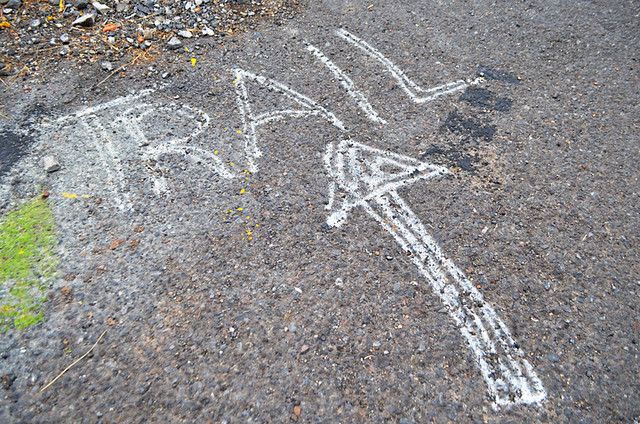 A popular travel belief often spouted is that when you want to know where to find ‘hidden gems’ the  thing to do is to ask a local – they know all the secrets. The truth is this isn’t the truth. Some do and some who really should know, don’t. But your average Joe Public (or José Publico in these cases) doesn’t necessarily possess an in depth knowledge of the place they live.

I often wonder if people who confidently repeat the ‘ask a local’ line have ever actually tried asking a local anything remotely tricky… especially when lost in the middle of nowhere and surrounded by machine-gun carrying soldiers.

Local #11: The Army
The reason we’re surrounded by soldiers is that we almost tripped over a sniper in a bush (nice camouflage job by the way). After apologising, we asked him for directions. He didn’t know and promptly got on his walkie talkie to his army mates who emerged out of the undergrowth. It’s all a bit surreal and embarrassing. We don’t know whether to laugh or be worried. The soldiers surround us, they don’t seem bothered that we’ve interrupted their war games. Most don’t know the way, but the guy who seems to be in charge does, and he speaks perfect English. He points us in the right direction.
“Thanks… and sorry for spoiling your war. Now go shoot somebody,” I blurt out (who knows why) as we head off at a pace in case they decide that the ‘somebody’ should be us.
Result #11: Brilliant local info. Well, I’ve got to say that… they had big guns.

The Grand Hotel Mencey is situated in a peach of a position beside Las Ramblas. Opposite is one of the highlights of Santa Cruz, Parque García Sanabria. It’s only a few minutes walk to the main shopping areas and about 20 minutes from the port. […]