Someone has poured a bucket of water over our heads, drenching us to the skin. Our tee-shirts are sodden and we look like a pair of drowned rats. There’s no rain, only a humidity that brings on tsunami after tsunami of sweat. It has the sort of intensity I normally associate with somewhere like the Far East.

But this is the Canarian Island of La Gomera and we’re in the middle of bruma (low cloud) high up a cliff. The mist obscures the summit; a fact I’m glad about. If I could see how far we had still to climb my morale would probably throw itself off the mountainside. 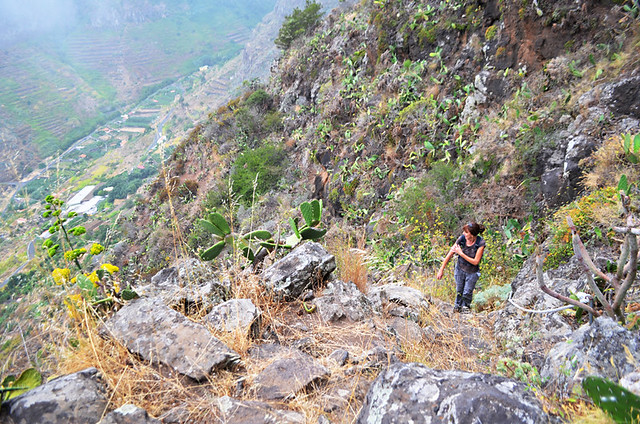 I had no idea it was going to be this difficult, even though my spider senses started tingling when I looked out of the window of our rural hotel earlier in the morning. I’d stared at the near vertical hills almost directly behind the hotel and couldn’t see a path. I hoped that meant it wound up the hill in long, wide zigs and zags I couldn’t see from my position. But my gut told me otherwise.

We’d been told the route was a good one. Of that I had no doubt. What wasn’t mentioned was the first two kilometres are almost straight up a trail that might have goats looking for another way. In places there are pitons and ropes to help walkers pull themselves up narrow, steep (even steeper than the rest of the path) sections. That it was hot and sticky August doesn’t help with the climb. Luckily the low cloud shields us from the sun. It can’t do anything about the humidity though.

There is only one way to tackle it; heads down and climb upwards at a steady pace. 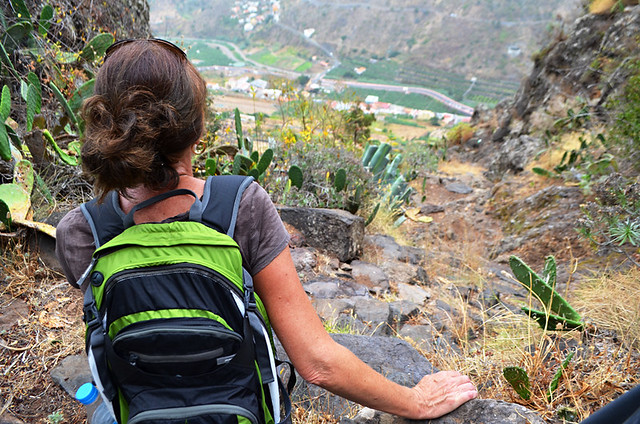 After two hours the path finally starts to level off and we emerge at a small plateau where we can look back down to the valley floor way way below, happy in the knowledge there’s no more cliff face in front of us. The feeling of achievement is tempered by the fact we’ve come two kilometres and have sixteen to go.

Shrouded in a mist with no cooling qualities whatsoever, we wallow in the joy of walking along a soft, level path through ancient laurisilva rainforest where trees are draped with spider web canopies. It’s the sort of scene that’s only missing a wolf howl. In the distance we hear a goat bleating. It’s not quite the same. 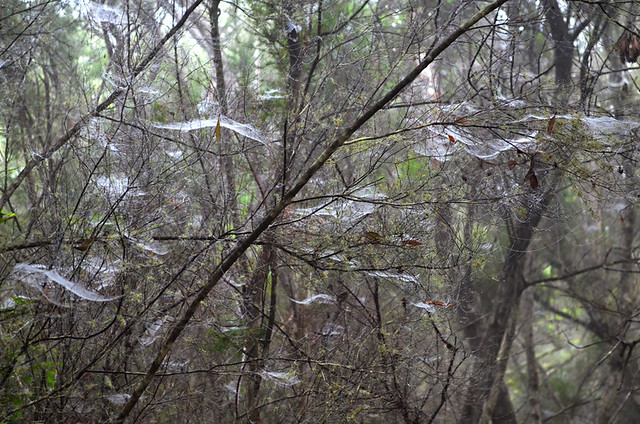 Another climb up a rocky path transports us from the dank, dense forest into a surreal world at the Juego de Bolas Visitor Centre. We’re a mess; wet and dirty. We don’t need a mirror to know this. We can see it reflected in the disapproving eyes of the people milling about the entrance the centre.

Despite the misty, forest surroundings, many are wearing too tight and too short shorts that show off far too much cellulite dimpled cheeks, and low-cut tops revealing fleshy ravines you could lose an army in. They’re dressed for the beach not the hills, many are refugees from resorts on neighbouring Tenerife, and yet they look at us as though we’re the oddities.

Juego de Bolas is an interesting centre with lots of information about the Garajonay National Park. But on this occasion we escape the contact with a contrasting out-of-context world as rapidly as possible.

Two paths descend to Agula, above La Gomera’s north coast. One is much shorter than the other. We know exactly what that means and we’ve had enough of negotiating nose-bleed steep paths for the day. 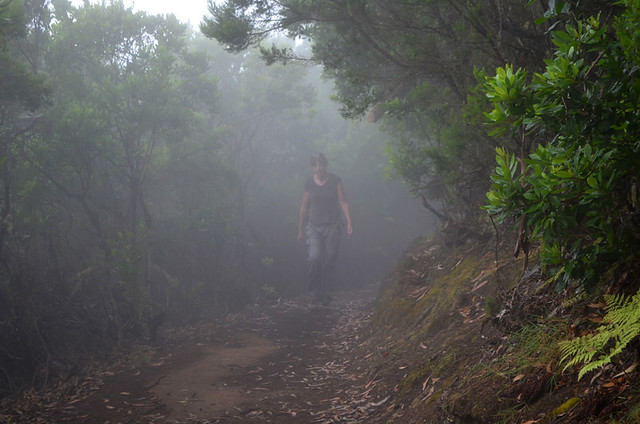 We take the longer trail; a camino real – an historic merchants’ trail of huge cobbles that would bruise our feet and threaten our ankles if we weren’t wearing sturdy boots with thick soles. We muse about the sort of people who walked this way a couple of hundred years before us; Gomerans carrying fruit, vegetables and fish to barter with neighbouring communities. What did they wear on their feet to protect them from these uneven boulders?

As suspected, the path descends relatively gently, bringing us below the cloud to see a welcome sight, the sea. We cross a road and follow an easy path around a cliff to see Agulo, hidden from view on the other side until we’re nearly at the town’s outskirts. Below Agulo a charred section of the coast shows that we’re still in forest fire season. This fire occurred less than 24 hours before we walked this way. 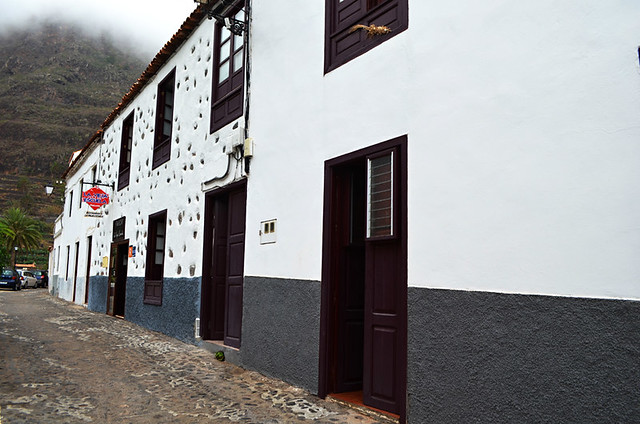 The trail ends at a cemetery, always slightly apart from the town, and we climb up more cobbles to enter Agulo’s narrow streets. It’s 2.30pm and we haven’t eaten. We choose the first restaurant we see (there isn’t a lot of choice in Agulo so it doesn’t take long), La Vieja Escuela (the old schoolhouse), and order tortilla, ensaladilla rusa and cerdo limón (lemon pork). 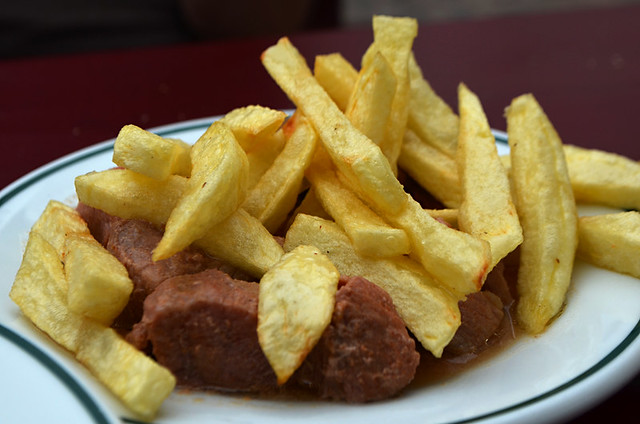 As we tuck into tender pork cubes with light citrus flavours we’re distracted by the sight of a small tanned man with snow white hair trying to manoeuvre a billy goat through the streets. The goat is nearly as big as the man and has its own ideas. The commotion brings locals to their windows and they shout words of encouragement to ‘Pepe’ as he battles the wilful beast. It’s a bit of authentic Gomeran rural life to go with our tapas.

This has been a good walk.

Listen carefully, I’m going to teach you a magic trick that will wow your friends and have your taste buds calling for an encore. […]