“There’s no need to be aggressive,” the hotel receptionist backs off a bit.

By this time my fury has made me totally forget I’m naked.

“Aggressive? Aggressive?” I take a step toward him. “I think I’m being remarkably calm under the circumstances.”

The circumstances are that I’m now almost standing in the corridor of an airport hotel, it’s 2.30am and we have to get up for a flight at 4am. At 2am we were rudely awakened by someone in the corridor making a right racket as they found their room. Just as we were falling back asleep the door was banged angrily and a voice shouted. “IT’S RECEPTION… OPEN THIS DOOR NOW.”

Basically he was there because of complaints from the floor below about the noise at 2am and simply chose the wrong room to do his ‘police raid’ thing.

As he backed away I threw all sorts of threats at him – “first thing in the morning this is going on Twitter, facebook, Tripadvisor…” 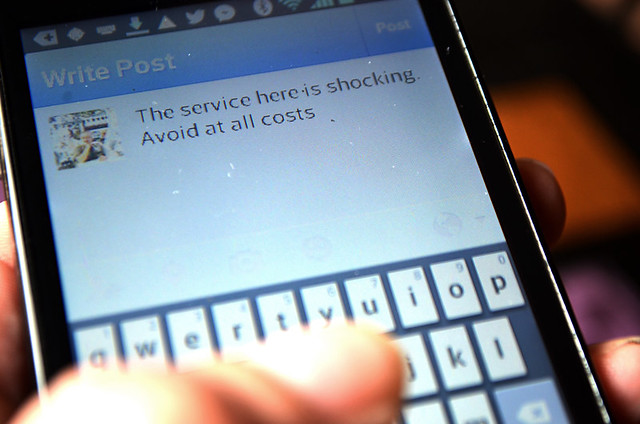 Cheesy I know, but better than punching him in his gobby mouth which, given my sleep deprived state, was a tempting alternative.

First thing in the morning, an hour or so later, I did as I promised and Tweeted. Sleepy and still furious I didn’t hold back about my annoyance with the hotel chain responsible. We’d paid to get at least a few hours sleep before a long journey. They’d failed to deliver that sleep. I told Andy what I’d written and she immediately advised me to delete it – it was too strong. I did. It had lived on Twitter for about all of a minute.

Long enough for the hotel’s social media team to see it and reply.

“Tell us what happened.”

The upshot was they investigated, apologised and within the day refunded the money we’d paid for the room.  The response was quick, fair and impressive. A member of staff had made a mistake and they righted a wrong. It calmed me and left me with a positive view of the hotel instead of a negative one. It was good customer service. 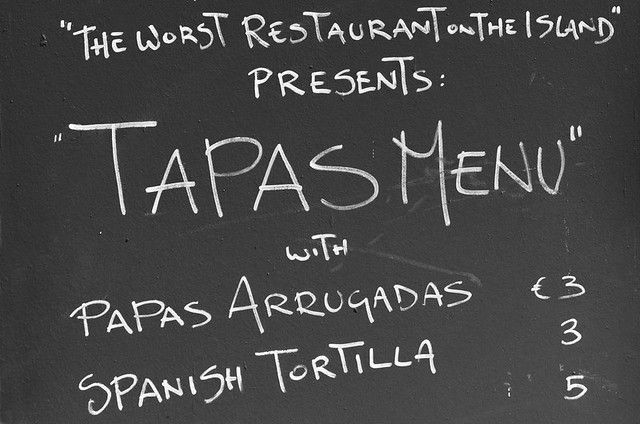 Recently I was sitting in a restaurant watching a waiter totally ignore a couple who weren’t being very assertive. The waiter laughed and joked with a crowd of people who were possibly friends, passing the couple’s table numerous times without acknowledging their half-raised arms.

As he passed our table I was tempted to grab his attention and say “don’t you know who they are?”
When he looked puzzled and answered “no, who are they?” I’d tell him something that he and others like him needed to know.

They were like everyone else who walked through the doors of his establishment. They were VIPs – they were customers. More importantly, they were customers who, in an instant by pressing a few buttons, could tell other potential customers just how good or, more to the point, bad his restaurant was. 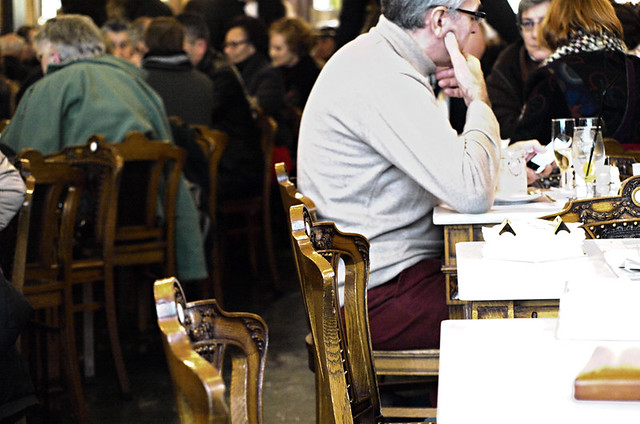 They were potential reviewers.

In these times when more and more people are deciding online where to stay/eat/drink social media acts as a huge transparent window to the world, it’s time all businesses realised that.

There can be few people in the travel and tourism industry who fail to recognise the importance of TripAdvisor to holiday consumers. Love it or hate it, TripAdvisor is a tourism tour de force. […]

The facilities are excellent. An outdoor swimming pool and stylish sunbathing area elevated the Pullman from an airport, business hotel to more chill out and holiday. […]