Coaches unload thousands of tourists who swarm in packs to take photos and be photographed in scenes that should be familiar to millions of people worldwide. It should be a recipe for the sort of place reviled by anyone turned off by the thought of be being jostled by large excursion groups.

The Mirabell Gardens in Salzburg might be a huge tourist attraction, but they have enough of a strong personality and space to swallow up the masses without allowing them to corrupt their most attractive qualities. Their history, depth and quirkiness makes them so much more than a pretty backdrop for those holiday snapshots. 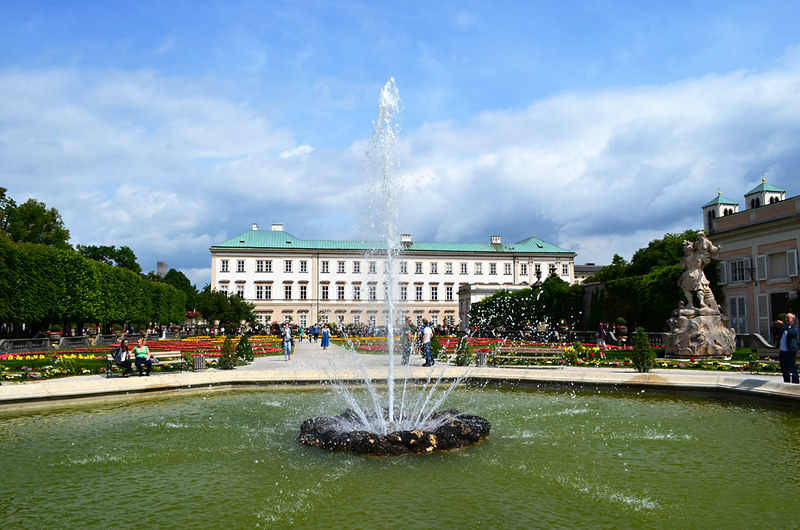 A love letter in bricks and mortar commissioned in 1606 by Prince-Archbishop Wolf Dietrich von Raitenau. It’s worth popping into the palace to see the famous marble staircase inside with its chubby cherubs – ideal for saintly sweet, wedding photos. 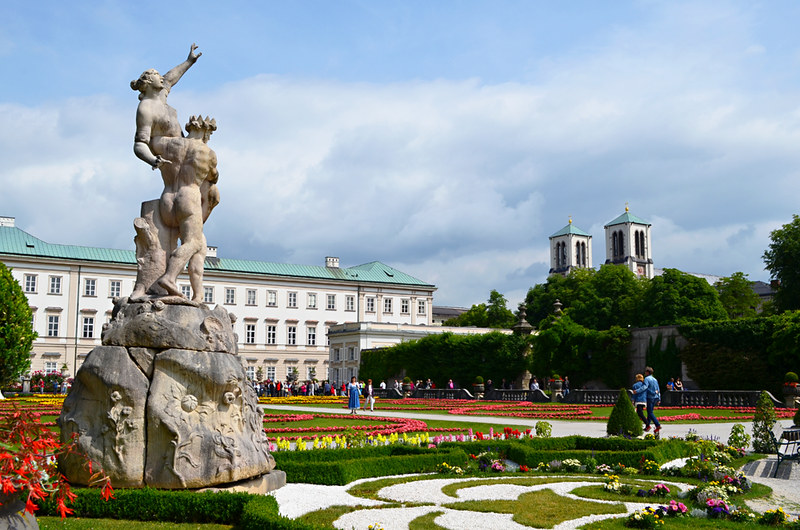 The actual gardens are a scented, vibrant wonderland created in 1690 and a buzzing throng where tourists and locals mingle amidst the perfect floral displays and trimmed lawns. 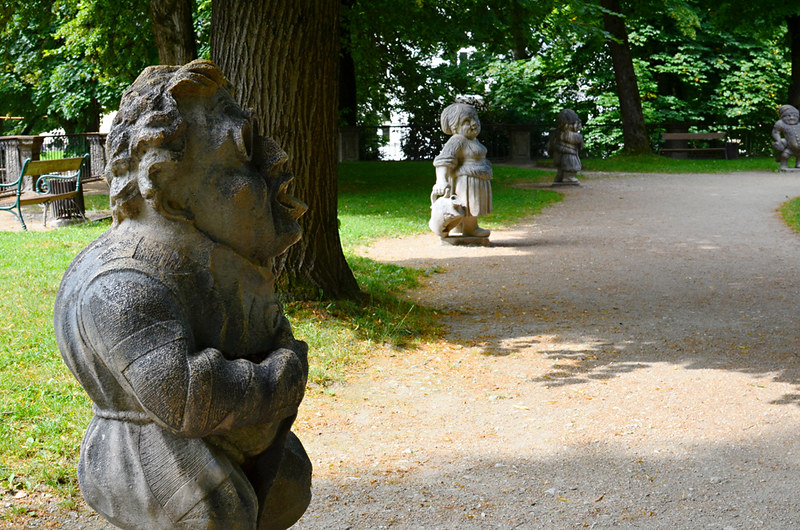 One of the more curious attractions of the Mirabell Gardens is the odd little Dwarf Garden. Even when the rest of the gardens are full of folk, the dwarfs stand in tranquil silence. A nice spot for a bit of quiet contemplation and time out from the crowds… if the gaze of the misshapen dwarfs doesn’t freak you out. 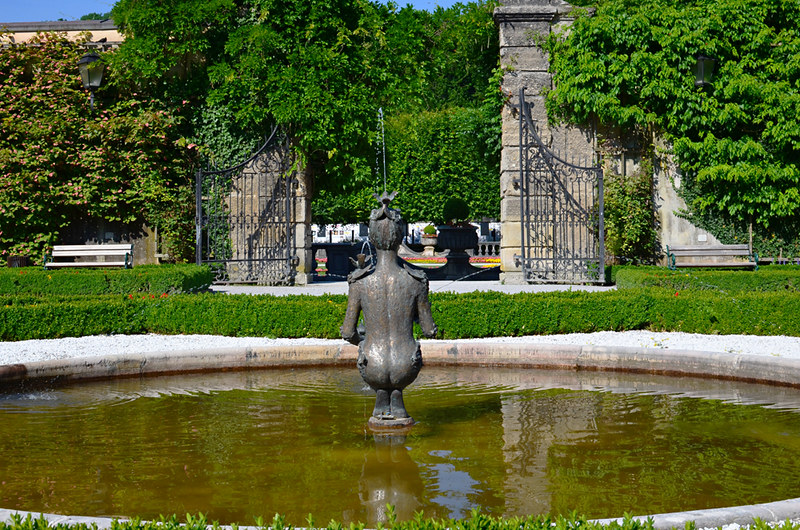 The gardens are home to a mix of attractive and intriguing classical and modern sculptures, some acting as centrepieces to gently trickling fountains. The statues around the Pegasus Fountain represent the four elements – air, fire, earth and water. 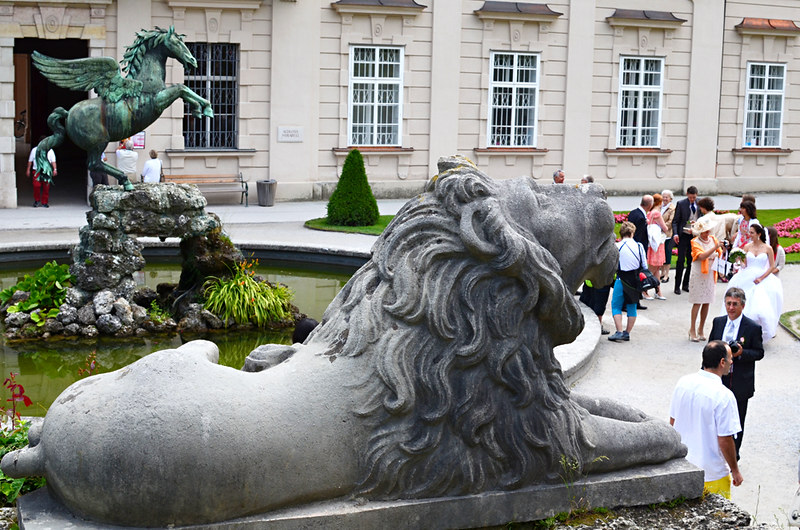 One of the more bizarre sights in the gardens is that of various blushing brides in white rushing around and having their photos taken at the various landmarks. Mirabell is an unbelievably popular spot for local lovers to tie the knot. I think we counted four or five brides striking poses in various corners at the same time. 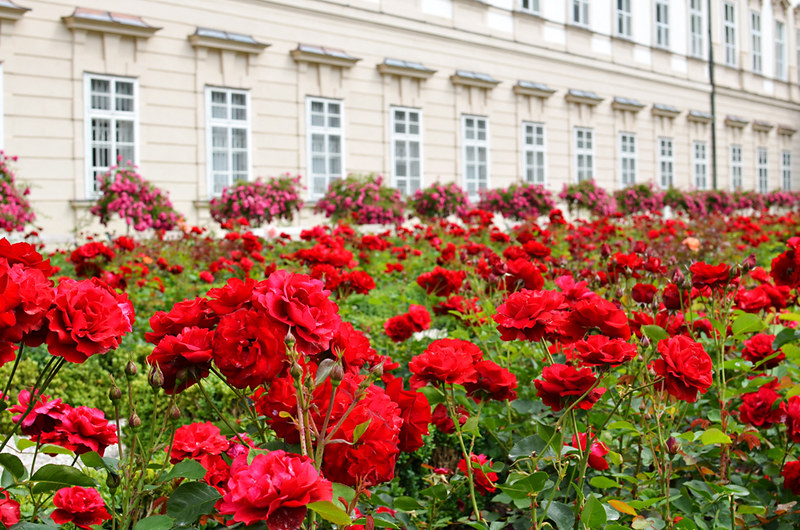 As you would expect from gardens, flowers play a big part in the scenery. Primary colours blast the retinas from all angles. However, my favourite display is the romantic ocean of blood red roses in front of the Mirabell Palace – a most appropriate floral choice given the palace’s raison d’être. 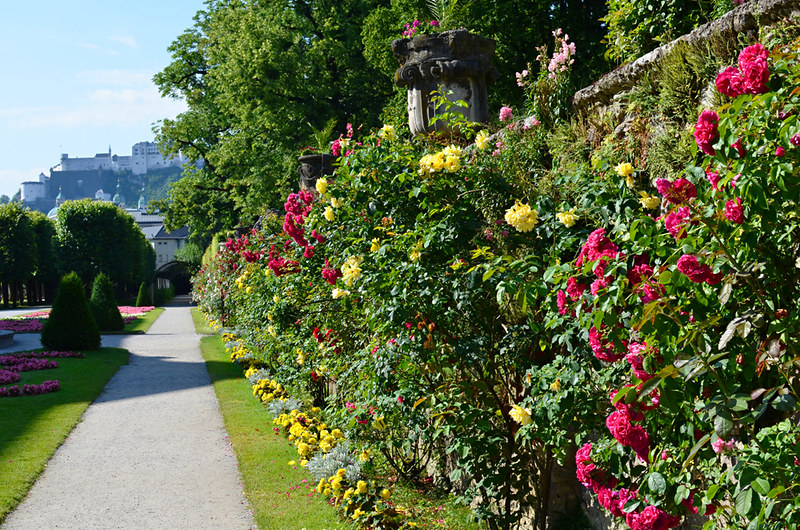 Even at its busiest, there are quiet corners ideal for a bit of ‘I need to be alone’ time, or just to add atmosphere to a good book. Apart from the slightly unnerving domain of the dwarfs, there’s a Hedge Theatre (obviously not quiet if there’s a concert) and long leafy tunnels which just scream out for some romantically strolling hand in hand whilst trying not to hum a tune from a certain musical. 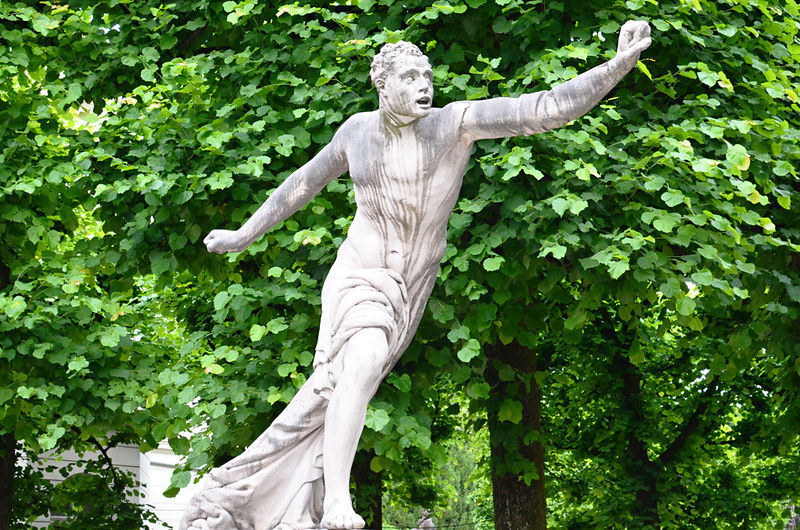 Fans of said musical can test their knowledge by seeing how many different settings from The Sound of Music they can spot in the Mirabell Gardens. There are at least three. Here’s one for starters.

The Real Sound of Music 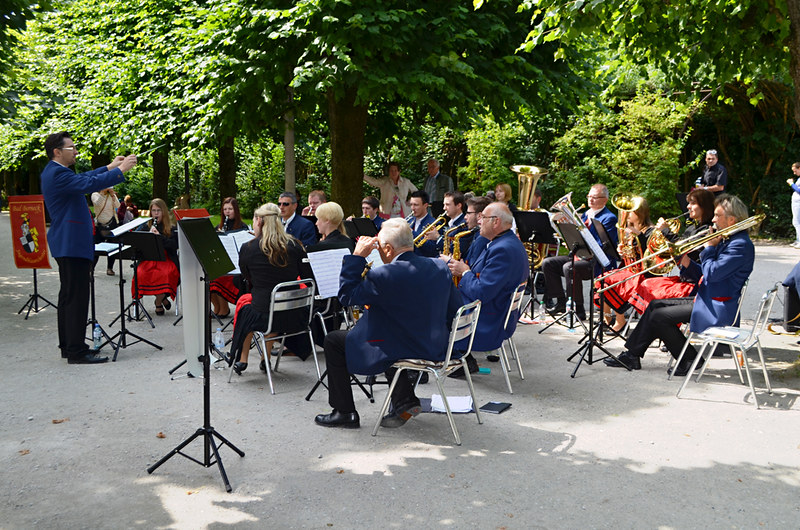 At times the soothing trickle from the fountains are joined by the sound of brass, as bands add a rousing soundtrack to a walk amongst the flowers. It’s an enjoyable addition.

The Best View of the Castle 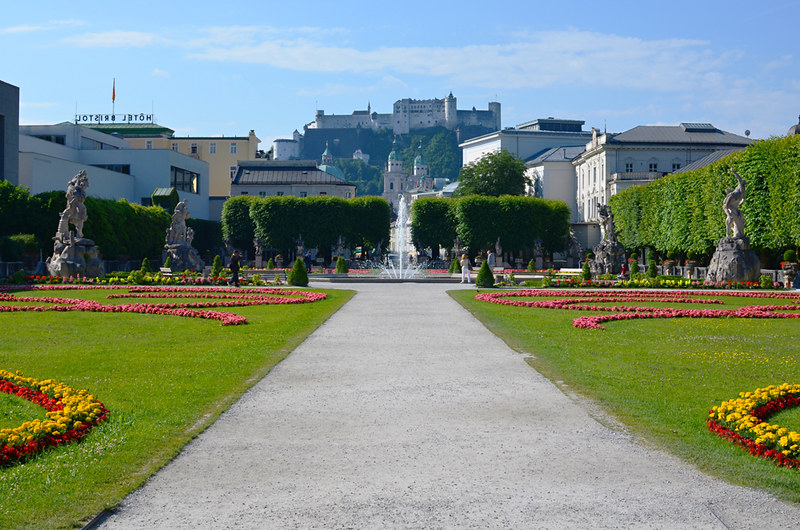 Just about everyone who visits Salzburg takes a photo of the Hohensalzburg Fortress framed by the Mirabell Gardens. And why not, it is the classic view of the fort on the hill.