Image a world where in the late afternoon in September In Scotland you could sit outside your hotel room and feel comfortably warm. I don’t mean in a parallel universe, or even sometime in the near future when the Northern and Southern Hemispheres have switched places. I know of such a place which exists now. It is the Garden Suite at the Trigony Country House Hotel in Dumfries and Galloway; the first hotel room we’ve stayed in which had its own conservatory. 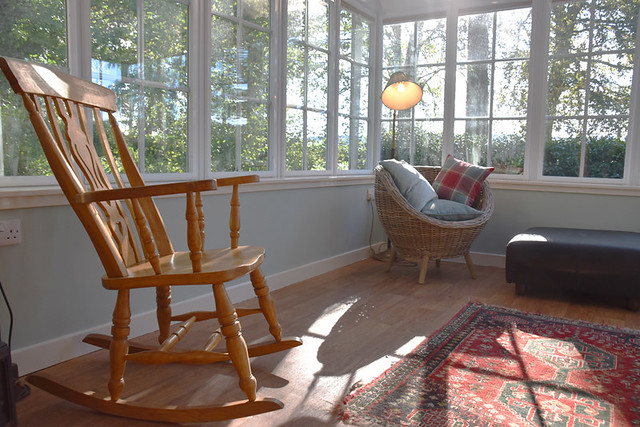 Okay, sitting in a robust, wooden rocking chair in a conservatory isn’t technically being outside, but it is the next best thing… if anything it’s better. It still feels as though you’re immersed in a constantly changing landscape painting; a sun-dappled forest giving way to the emerald Kier Hills. If the weather changes it doesn’t matter.

The hotel itself is an Edwardian country house, which manages to pull off the trick of being both elegant and cosy; a welcoming place in a rural location in which to rest weary heads. Trigony looks and feels uniquely Scottish but not in a hit-you-over-the-head-with-a-caber sort of way. There are a number of qualities that set it apart from other small, rural hotels we’ve stayed in across Europe. A glass holding a batch of ‘pooch passports’ in the reception area instantly speaks volumes about the people who run Trigony. It has the hallmarks of an exclusive lodge, but one without any fussy airs and graces. 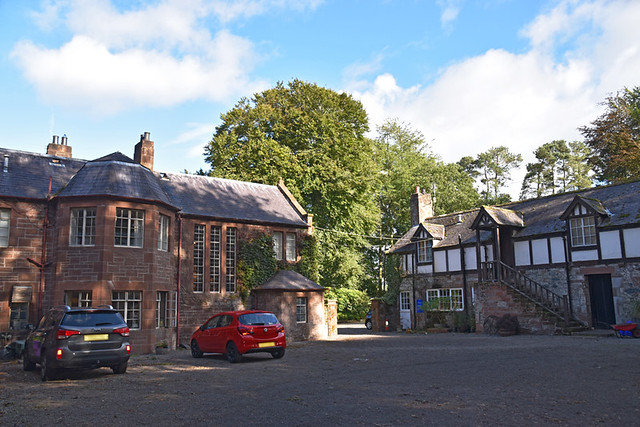 From our conservatory we can step straight into the woods and onto walking trails through the soft and seductive Dumfries and Galloway countryside; an activity which helps work up a healthy appetite. This is essential as the menu at Trigony’s restaurant or nook of a bar with its log fire demands you take to your table in a ravenous state. The menu isn’t extensive but it can still be overwhelming – too many “pick me” choices, ranging from the chef’s take on Scottish flavoured classics (Galloway smoked salmon with Sicilian artichoke salad; wood pigeon with Dingwall haggis) to dishes inspired by travels in other countries (Sri Lankan coconut, sweet potato, and mange tout curry). All are helpfully listed with a suggested wine pairing. 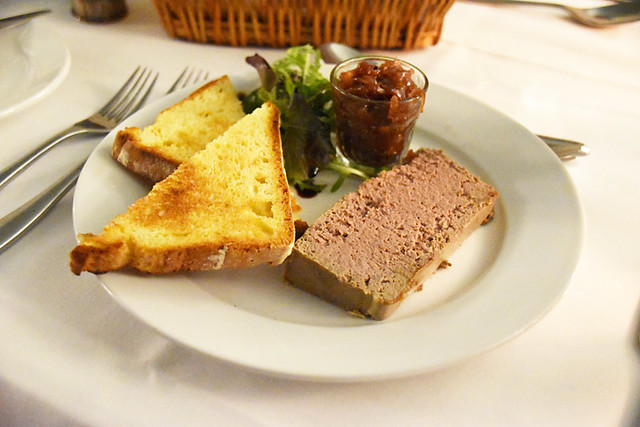 The Trigony Country House Hotel stamps its own inimitable personality onto the tick lists of all the things we’d hope for from a small, rural hotel. In many ways it captures the spirit of an inn from bygone days (even if it is the romanticised image of ye olde inns which exists in my head). The food is lap-it-up tasty, the hospitality as warm as a roaring fire, and the lodgings über comfortable.

There isn’t even a sign pointing to the Mirador de Abrante above Agulo on La Gomera yet. But, as we dragged our dusty, sticky bodies the final few metres across… […]