It’s Provence. Unless you’ve just touched down from Planet Zorg it’s not going to come as a surprise that Provence and hiking & dining go together like wine and cheese. We spent a couple of weeks walking and eating our way across Provence and it lived up to the giddy heights of our expectations… most of the time.

Walking in Provence – A Palette of Prettiness
All those impossibly picturesque landscapes in paintings are no artistic interpretation, Provence  looks like a Van Gogh. Sunflowers; rolling hills; balloons floating across a powder blue sky; perfect historic villages where modern day developers intent on erecting blandness have been firmly told ‘NON!’ 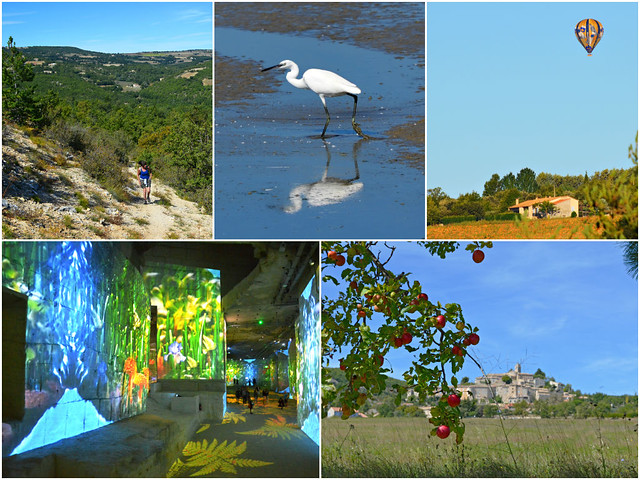 The Provence of reality lives up to the Provence of the imagination. Where walking in some locations combines a challenge with remarkable scenery, there’s something dreamlike about hiking in Provence. When I think about it now my memories are almost shrouded in soft focus and we’re traipsing slowly through green vales, probably trailing a hand through long grasses.

Our trails took us through a gentle countryside, passing scented towns such as Simiane-la-Rotunde and Banon on a lavender trail even though the striking purple flower had long since left the scene. We walked the cobbled, historic streets of Arles and Saint-Remy de Provence where the influence of great artists accompanied every step. In Les Baux, in the depths of an underground quarry, we were treated to one of the most magical travel experiences we’ve ever had. Our accommodation was also the stuff of warm and fuzzy dreams. Outside Forcalquier we rested our heads in a converted stone barn on a hillside with time-stealing views. Near Beaucaire it was an exquisite 18th century farmhouse where they produced their own olive oil and mixed imaginative jams. As a bonus it was a hop, skip and a stagger to a wonderful vineyard.

Provence is a land for dreamers, poets and lovers; walking here is to be savoured like a fine wine. 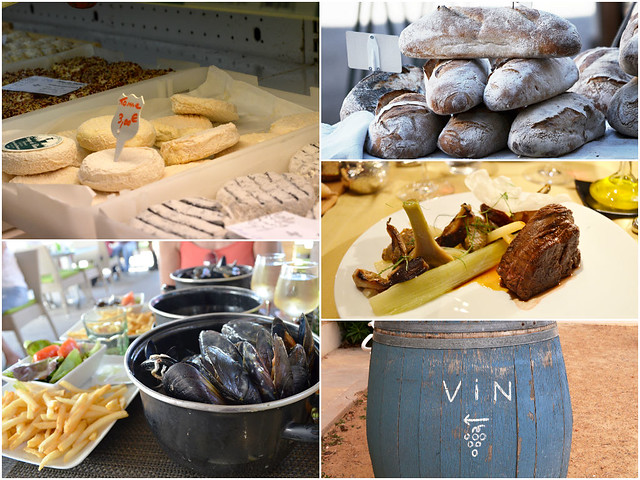 The wine, ah the wine. Even the most lowly, unlabelled bottle in France tastes sweeter than some of the ‘finest’ wines we’ve quaffed in some destinations. Fads come and go with us but invariably  French wine always just hits the right spot.
At every opportunity we’d ‘sample’ the local vin, not once tasting a bad one. Drinking wine in the vineyard where it was ‘born’ really brings its flavours to life and after a totally impromptu visit we left Morgues du Gres with another bag of unforgettable memories… and a couple of bottles.

It’s France, the wine is never going to be a let down.

Then there’s the food. French cuisine is renowned all over the world and yet on occasions we were a wee bit disappointed.
Whilst we had good meals in atmospheric restaurants in Forcalquier, Arles, Saint-Remy, Pierrerue and Beaucaire the dining experience was sometimes blighted. In Pierrerue a wonderful meal was tainted by unnecessary snootiness. In a Michelin star restaurant in Tarascon the minus points came courtesy of an overdose of fussiness accompanied by food that simply didn’t wow us.
But the highlights more than countered these blips; a bulging bowl of moules partnered by a crisp Chardonnay; a plate of figs with goat’s cheese; lunching with the locals in an unpretentious restaurant in Tarascon.
Then there are the markets with displays that instantly make you feel ravenous. And as for French cheeses – ooh la la. Is there anything more satisfying than sitting in the sun with a bottle of red and a selection of French cheeses? Obviously there is, but not when you’re sitting at a picnic table dipping a chunk of fresh bread into soft Banon cheese that has been melted by the sun’s rays. Our cholesterol levels probably rocketed in Provence thanks to saying hello to far too many cheese boards. 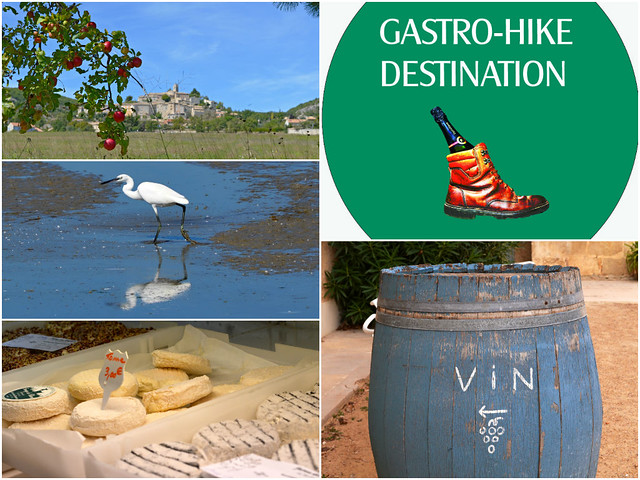 We didn’t spend three days in Verona because it was a UNESCO World Heritage Site whose exquisitely preserved architecture reflected key periods of European history. We visited because Will Shakespeare once wrote “In fair Verona, […]