This isn’t one of those clickbait headlines which the likes of The Independent uses to reel in readers – ‘stop eating avocados. Right now’ – this is an impassioned plea from the heart, or in this case the tastebuds.

Until yesterday I’d sniff knowingly whenever I heard people ordering steak well done. But hey, if they preferred shoe leather to properly cooked meat that was their business. 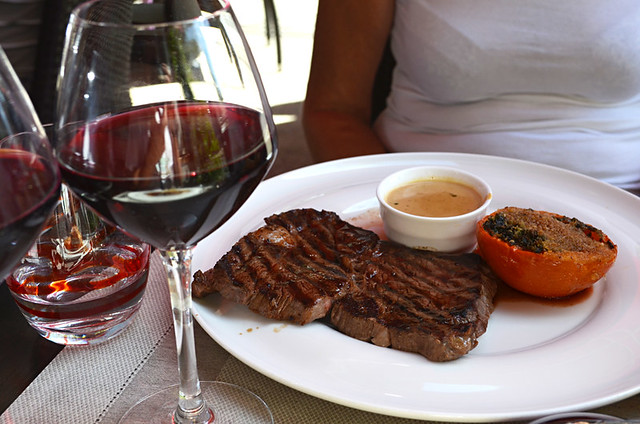 Last night I became an unwitting victim of dodgy culinary preferences. I’m still picking overcooked shrapnel out of my teeth as a result.

In Anthony Bourdain’s insight into the restaurant industry, Kitchen Confidential, he wrote:

“What happens when the chef finds a tough, slightly skanky end-cut of sirloin that’s been pushed repeatedly to the back of the pile? He can throw it out, but that’s a total loss. He can feed it to the family, which is the same as throwing it out. Or he can ‘save for well-done’: serve it to some rube who prefers his meat or fish incinerated into a flavourless, leathery hunk of carbon.”

I have now experienced first hand exactly what he was talking about. 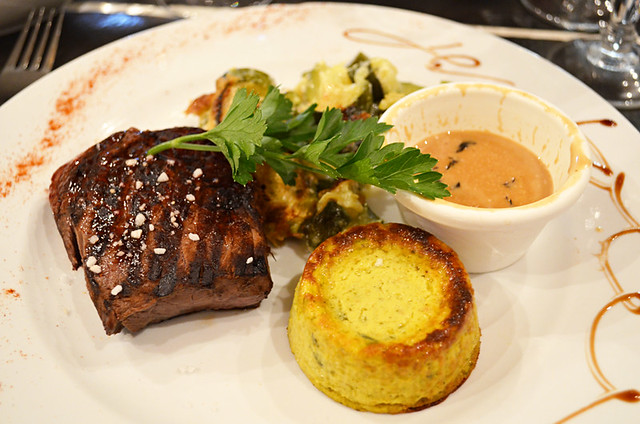 We’d arranged to meet up with a friend for a meal. As we won’t be seeing him for some time he chose the venue, a restaurant which is popular with visiting northern Europeans thanks to its early opening hours (dinner service starts at 4pm), meaty menu, and generous portions. Tripadvisor reviews raved about the restaurant’s steaks, especially those in pepper sauce.

I knew the restaurant. We’d eaten there before and although it wasn’t deserving of the ‘best restaurant in… ‘ accolade applied by some reviewers, it was decent enough, if uninspiring.

I don’t normally go for steak in a restaurant, but when in Rome, or in this case an Austrian restaurant in a traditional Canarian town, you go with the flow. I ordered a medium steak in pepper sauce with French fries. Our friend ordered exactly the same, except he asked for his steak to be well done.

When the steaks arrived, their not insubstantial bulk covered by a muddy pepper sauce, they looked more or less alike. The waiter checked who was ‘well done’ and who was ‘medium’ and set the plates down in front of us. 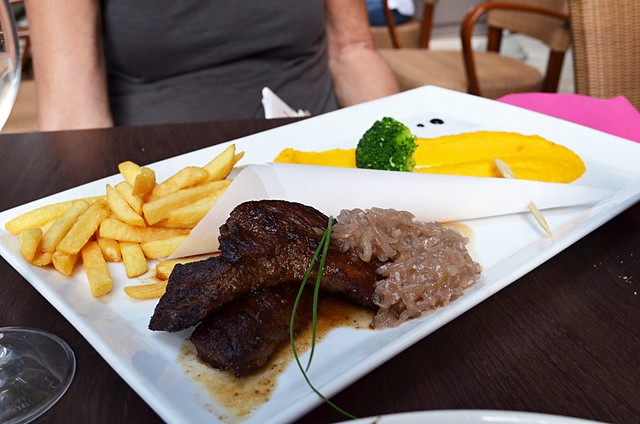 The knives were steak knives, a good sign, and mine cut through my sirloin easily… to show an interior totally devoid of any blood at all. The steak was well done. What’s more, my chunky sirloin wasn’t chunky at all. It was a slim Jim, folded over to bulk it out. Something which had been disguised by lashings of the murky sauce.

At this point I have to throw my hands up and confess mea culpa. I should have immediately summoned the waiter. But I didn’t, for two reasons. The first was expectations of the food hadn’t been high in the first place. When the meat arrived not cooked as requested, I wasn’t particularly surprised. The second was I really didn’t want to add a sour note to our friend’s last night.

So, apart from a sneer or two at each chunk of overcooked meat as I popped it into my mouth, I kept mum. It wasn’t the worst ‘well done’ steak going. But, unsurprisingly, it lacked flavour and required some jaw exercise. 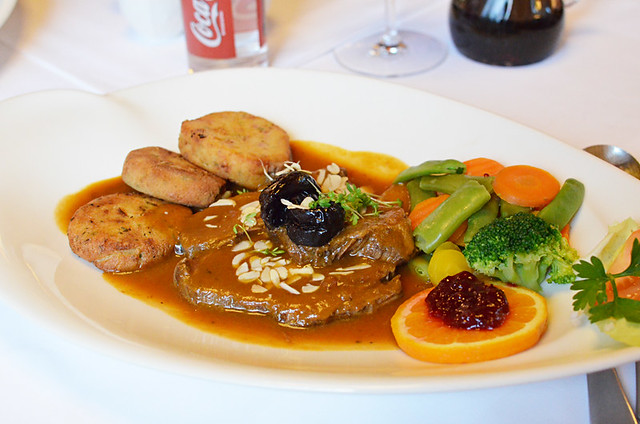 At this point the restaurant’s owner came over, looking as though she expected us to comment on the food. It was awkward and I wasn’t sure what to say. I couldn’t lie. I didn’t have to.

“Your steak is well done,” she frowned.

“You wanted it medium.”

“He’s eating your steak,” she pointed at my friend.

Until this point I thought we’d both been tucking into overcooked steaks as said friend hadn’t mentioned anything about his not being well done. 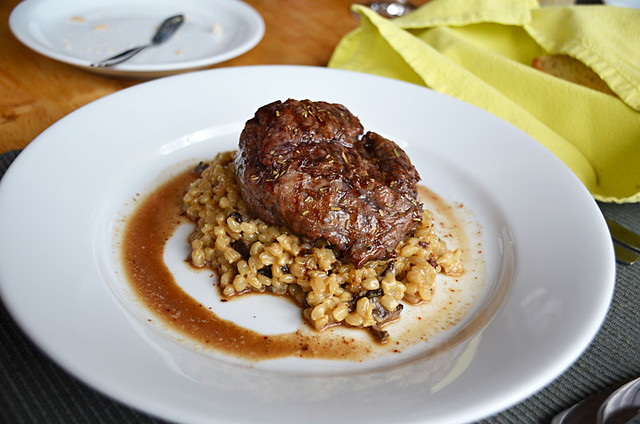 “Mine’s delicious,” he spun his chunky sirloin (his really was chunky) to reveal a juicy cut of meat with a moist, red centre.

Of course it was delicious, it was cooked the way it should be, unlike mine… which should have been his. An injustice had been done.

They were two completely different cuts of meat. As Anthony Bourdain said in his book, the poorer cut was for the person asking for well done steak, knowing they wouldn’t be able to tell the difference. I should have been tucking into a properly cooked choice slab of beef.

Obviously both steaks were priced the same, but the restaurant knew it could palm off lesser quality meat to the ‘steak well done’ brigade.

“I’ll order medium in future from now on,” announced my friend happily as I glumly pushed a bloodless slab around the plate. 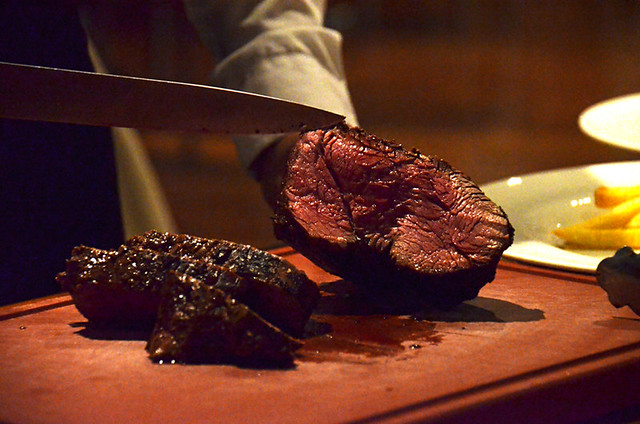 So once again I implore you to stop ordering steak well done. Right now.

At some point you might be in the company of a friend who has a discerning palate and a similar mix up could occur.

Why should someone else suffer for your culinary sins?

Footnote: I haven’t named the restaurant because, apart from mixing up who got what, they weren’t really at fault. As far as I could see they did know how to cook steaks and I definitely don’t blame them for giving lesser quality meat to people who ask for steaks well done. Why waste a good cut?

Footnote 2: None of the photos of steaks used came from the restaurant referenced above.