In the space of twelve months we visited the Canary Island of La Palma four times. We explored towns and trails and went off the beaten track on an island where everywhere is basically off the beaten track in order to help design two slow travel holidays that were different from anything that currently existed.

Even though we’ve been fans of La Isla Bonita since our first visit in 2004, we expected to be suffering from La Palma fatigue by the time our work was completed. But each visit threw up surprises and new experiences which only served to whet our appetite for more.

By the end of the year we were even more charmed by the island than ever. It is a Canary Island full of unexpected delights and unusual quirks.

These are seven, out of many, which wooed and wowed us. 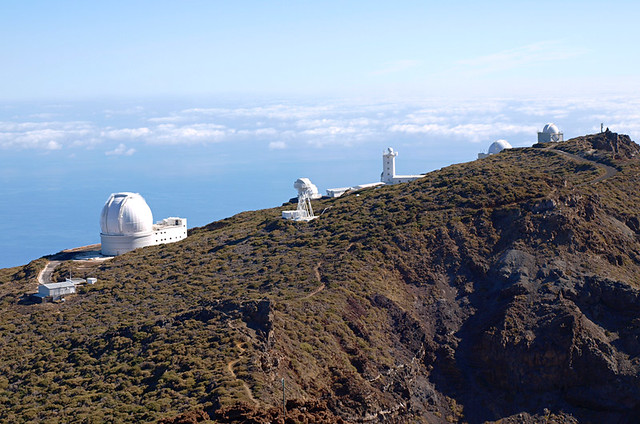 Roque de los Muchachos is one of La Palma’s high points in more ways than one. As well as being the highest peak on the island, towering 2,426m above sea level, it’s also home to one of the largest collection of observatories in the world, each looking like a desirable abode for a Bond villain seeking new digs. I find myself awestruck more by the collection of shiny domes designed for watching the skies than the views… and that’s saying something. 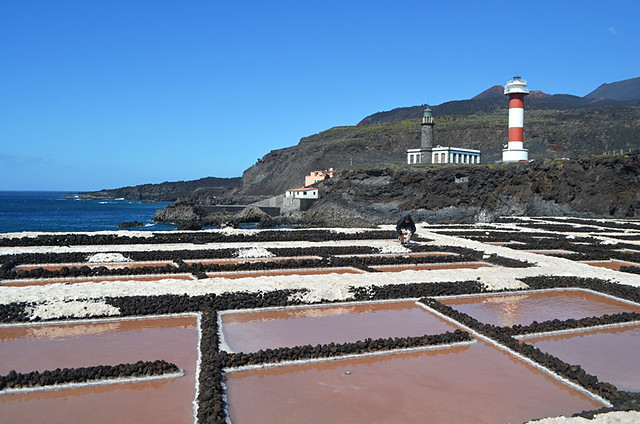 In a way Las Salinas and the area around it at Fuencaliente feels like the result of nature and man dropping a tab of LSD together and deciding to work on a joint project. The miniature white mountains around the rectangular salt basins mirror in shape, if not colour, the burnt ochre volcanic cones of the violent backdrop. La Palma’s salt gardens offer a heavy dollop of surrealist scenery by the seaside. 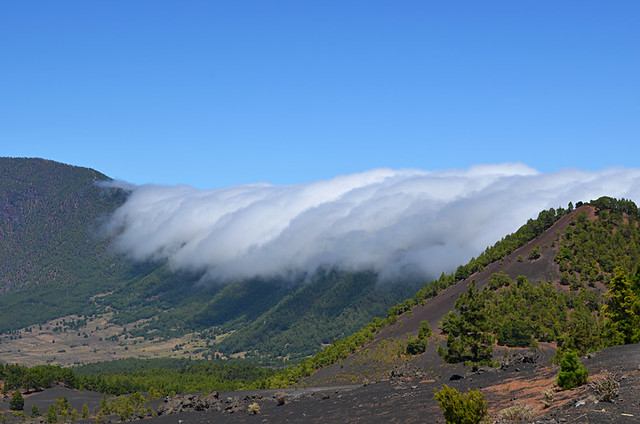 A cloud tsunami spilling over the central spine of the island into the Aridane Valley is one of THE sights to behold on La Isla Bonita. Luckily it’s a regular occurrence so there’s a good chance of experiencing it during a visit. The first time I witnessed the cloud wave I thought it looked like a witch’s cauldron bubbling over. The last time it reminded me of Donald Trump’s hair and annoyingly that’s the image which is sticking. 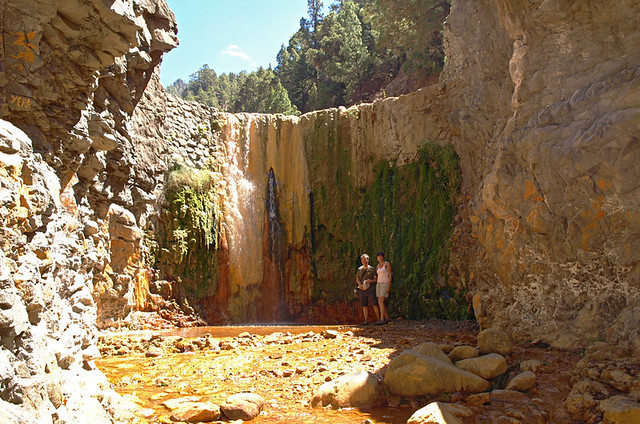 In a barranco de las Angustias, a natural treasure trove of a place, one feature stands out… vibrantly. La Cascada de Colores, a multi-coloured waterfall created by a mix of minerals, algae and moss. It’s reached by following the Rivanceras channel, accessed from the main walking route through the ravine. It takes a bit of scrambling to reach the Cascada de Colores and wet feet are more or less guaranteed, but it’s worth slip sliding your way upstream for. It’s difficult to get a decent photograph because of the extreme contrast between sun and shadow at the falls. 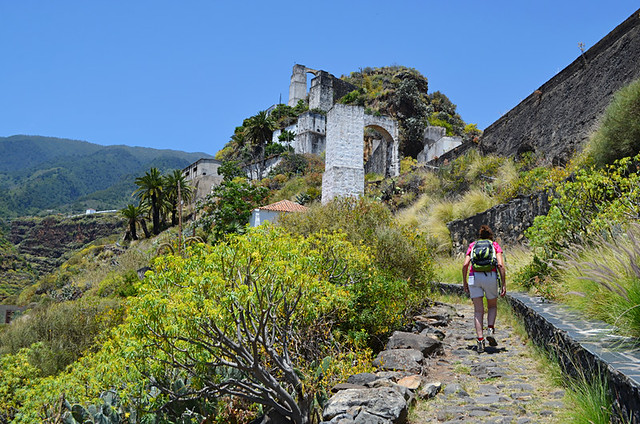 A trio of mills nestled together on the hillside just outside of the island’s capital, Santa Cruz de La Palma evoke images of past times when the water flowed through the Rio Ravine, powering the mills and grinding grain before reaching the city. I’ve seen similar mills before but none so close together or in a rural area. What’s so interesting about the way mills used to be built in a line in the Canary Islands is the ingenious and environmentally friendly design meant many people could benefit in a variety of ways from the one water source. 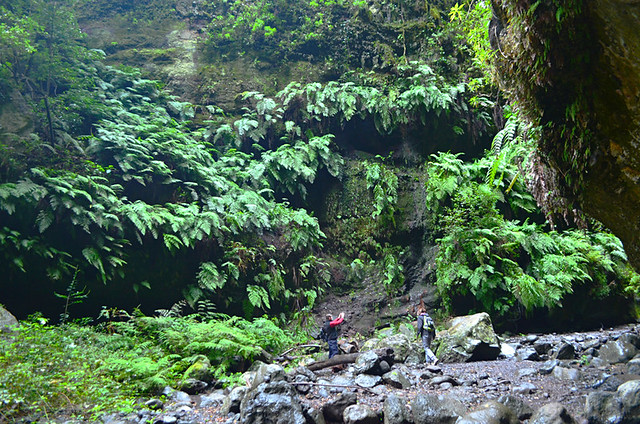 UNESCO Biosphere reserves are ten a penny now in the Canary Islands, every island has one. Los Tilos near San Andrés y Sauces was the first and remains the most enchanting. Venturing into dank, dark forested ravines where giant ferns make you feel Lilliputian is positively bewitching, especially if like us you also get to watch colourful little finches hovering at the fingers of a benign birdman. 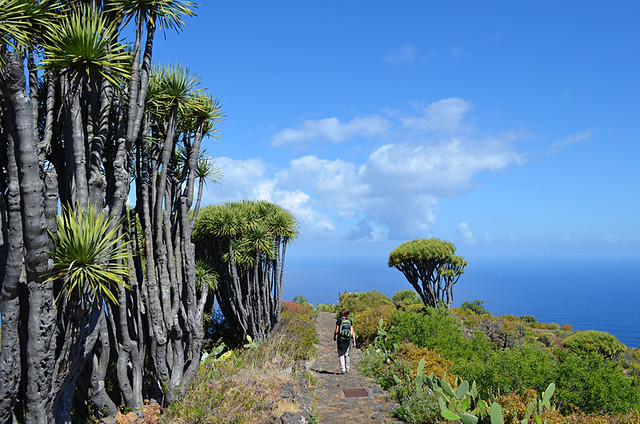 I have a suspicion if La Palma’s forest of drago trees with their spindly silver spires topped by punkish, spiky green mops were located somewhere like Uganda rather than on a Canary Island more people would be raving about their strange beauty. The upside of the island not always getting the recognition it deserves is that there are no tour groups or crowds. On Tenerife the Millennium Drago in Icod de los Vinos draws excursionists from the tourist resorts of the south of the island. At Las Tricias on La Palma we shared our marvelling at the dragos with not one other person.