We’ve written about Zadar and its many attractions on a number of occasions before. But it’s such a wonderful, fascinating, friendly and beautiful city that there’s always room for a few more things to say about a stormer of a destination. We’d go back to wander those atmospheric old marble streets in an instant.

Main Gate to the Old Town 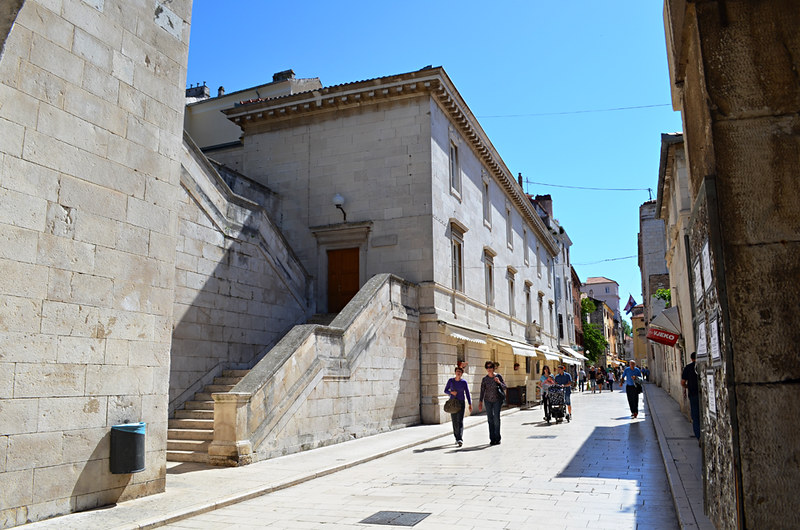 There’s something thrilling about entering a town via a gate in a fortress wall; something wonderfully old fashioned that makes you feel you should be astride a mule or carrying a sack of rice over your shoulders. Maybe my historical aspirations are a wee bit on the humble side. Entering laid back Zadar via an historic gate is a far less frantic affair than trying to get through the one in Dubrovnik. 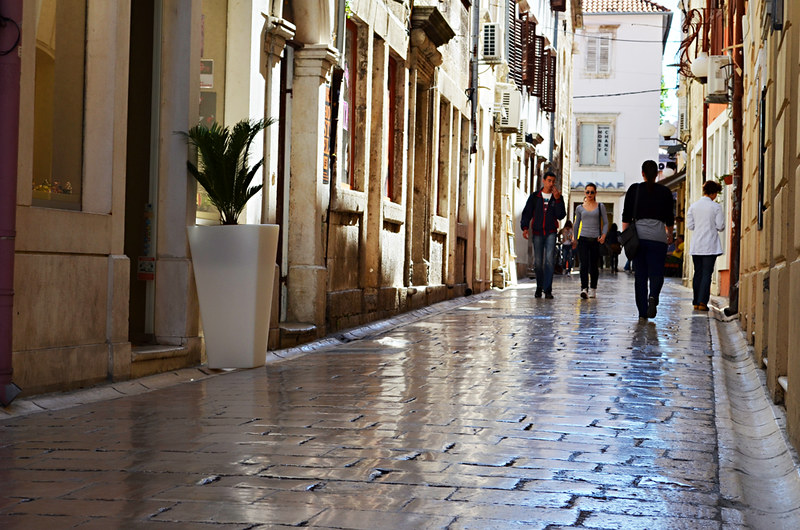 It doesn’t matter that you don’t know what was on the soles of the countless number of feet which have trod them, the sheen from those beautiful wet-look marble streets has you involuntarily reaching down to run your hand along their silky surfaces. Just mesmerising.

Old but not Staid 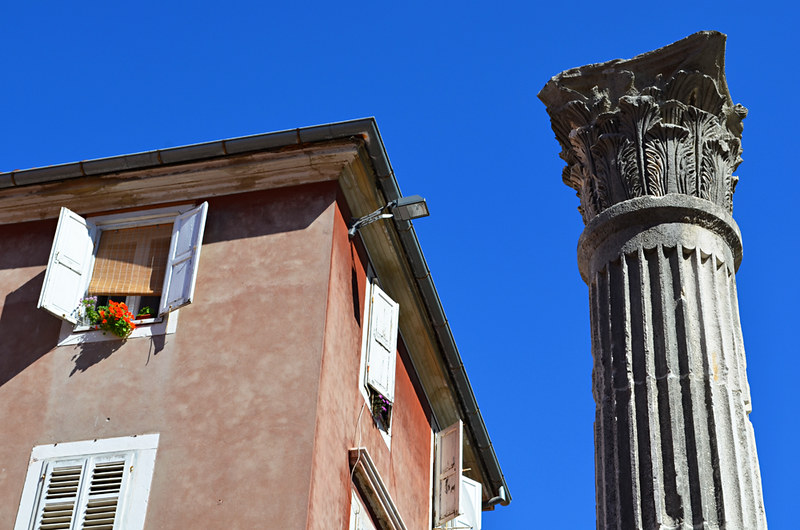 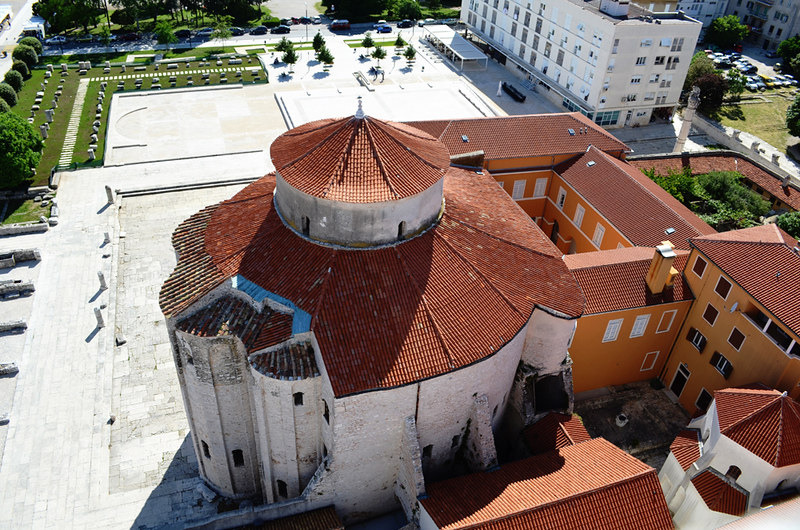 As beguiling viewed from above as it is from ground level, Zadar old town is a place where if you’re selling tiles of any colour other than terracotta you’ll be out of business before you can say St Donatus Church.

Salute to the Sun 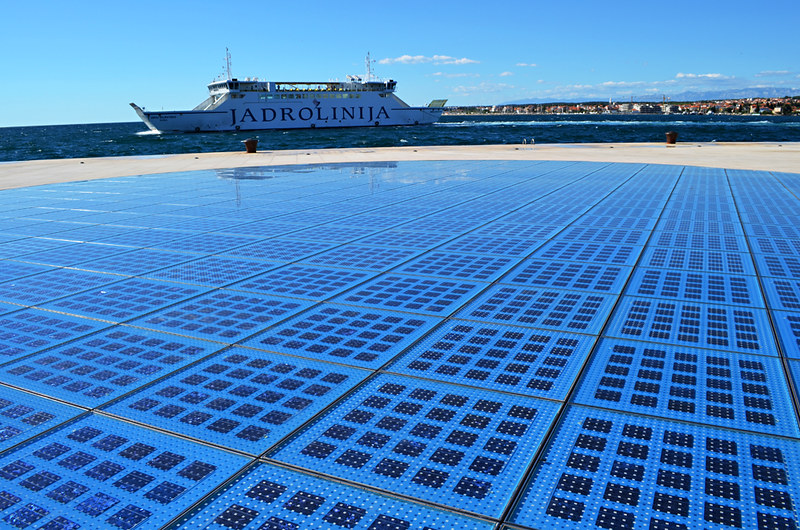 Nope, no picture of Zadar’s Salute to the Sun at sunset. We’ve already waxed lyrical about it in the past. Plus it looks pretty eyecatching during the hours of daylight anyway. 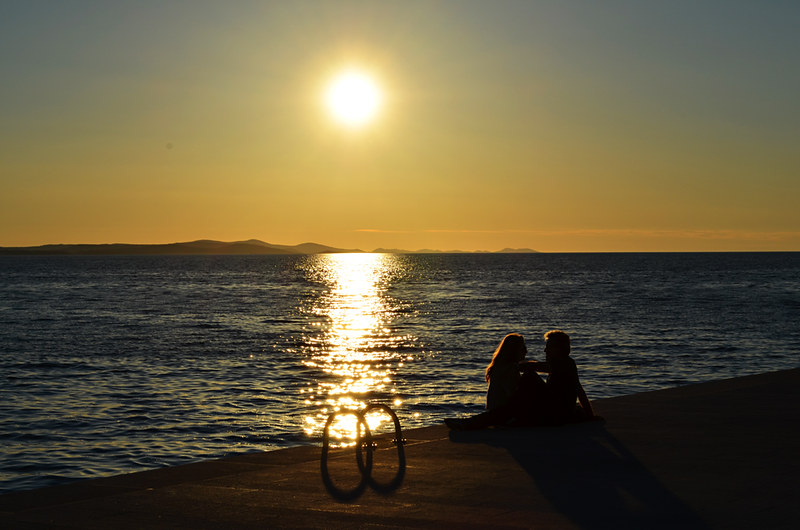 However, apparently there’s an obscure Zadar law which states that you can’t write about the place without including at least one sunset photograph. Whether this one depicts a romantic or cheesy scene is down to personal views. It’s not us, just in case anyone wondered. 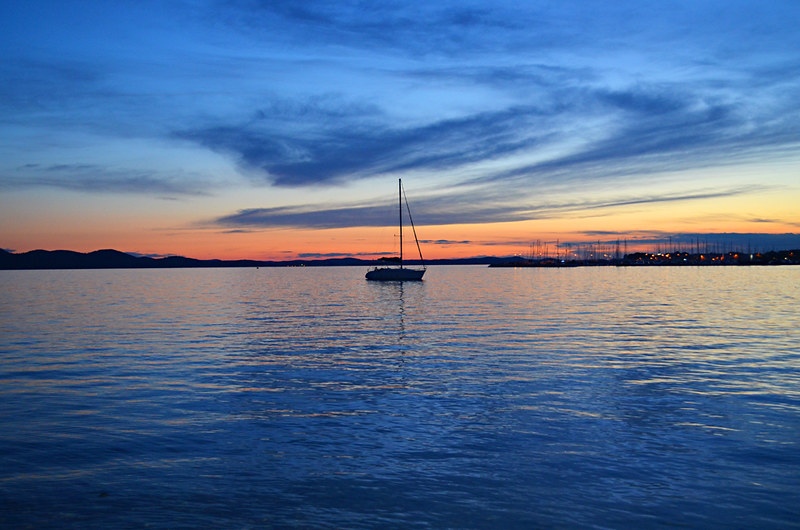 I did say ‘at least one’ sunset photos. Even if you don’t make it to the old town and the Salute to the Sun, the sunset scene from the new town is dreamy enough in itself, especially from a bar sitting right on the water’s edge. 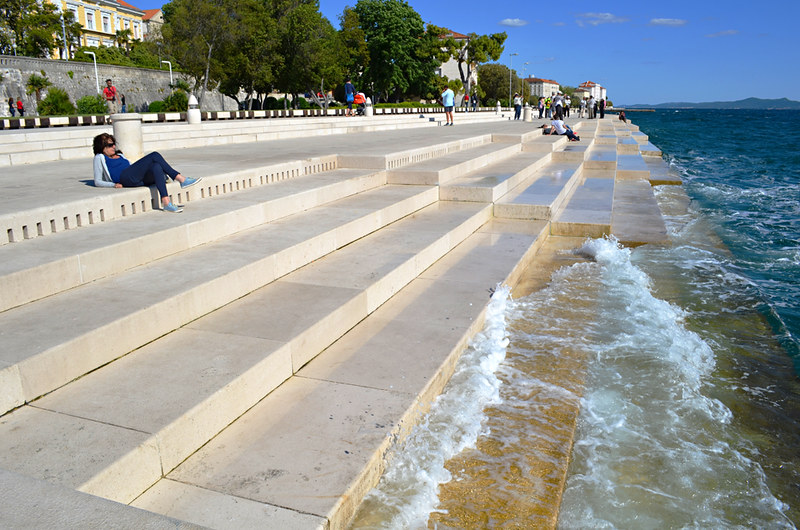 Although subdued when we were there, the Sea Organ is the place to chill out to a sunset with a hauntingly unusual soundtrack. Nice touch that the benches at the back look like piano keys. 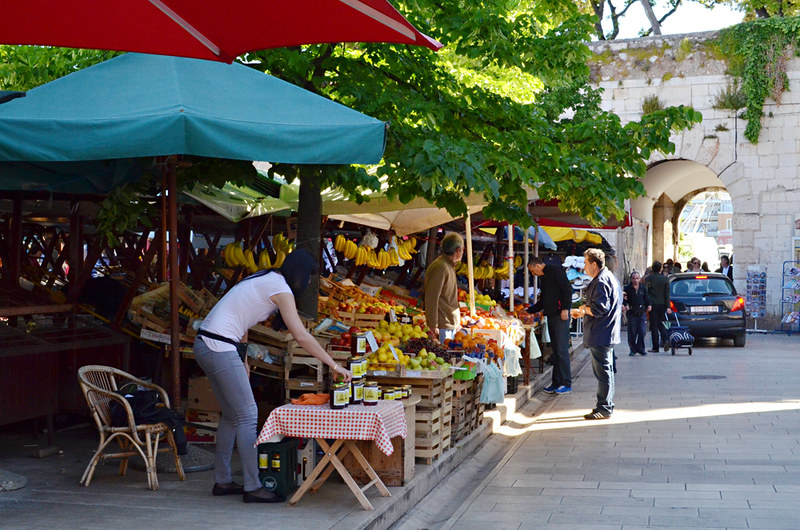 Any old walled town worth its salt has to have a fruit and vegetable market just inside one of its gates. The fish market is also near here but hidden away in the walls. 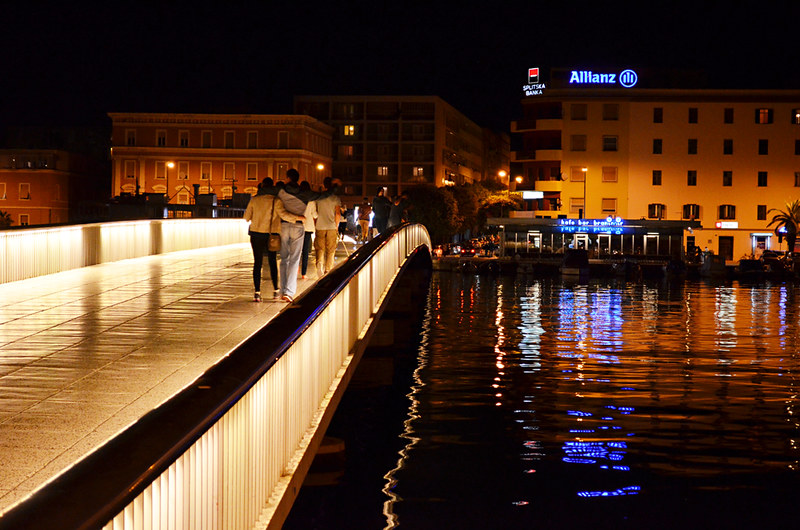 Unless staying in Zadar old town, at some point in the day, or night, it’ll be time to head for home. Even the modern ‘way out’ has its magical qualities.