Friendly year-round weather might be great for sunbathing in January when Northern Europe shivers. And admittedly there’s a great deal of satisfaction to be had, wiping beads of sweat from the end of your nose at a time of year when in some places you’d be snapping icicles hanging from the proboscis (a bit of an exaggeration maybe).  But apart from being a popular winter sunbathing destination, the Canary Islands are a rather special winter walking destination, with a diversity of trails that anywhere else you would normally only experience by visiting a handful of countries.

Walking in the Canary Islands is exhilarating stuff, but that near perfect climate has lured even experienced walkers into a false sense of security. The landscape and conditions can be challenging and there are certain things that every walker who sets foot on the islands should be aware of.

We’ve been writing walking routes in the Canary Islands for over ten years, these are our ten tips for safe and spectacular walking on the islands. 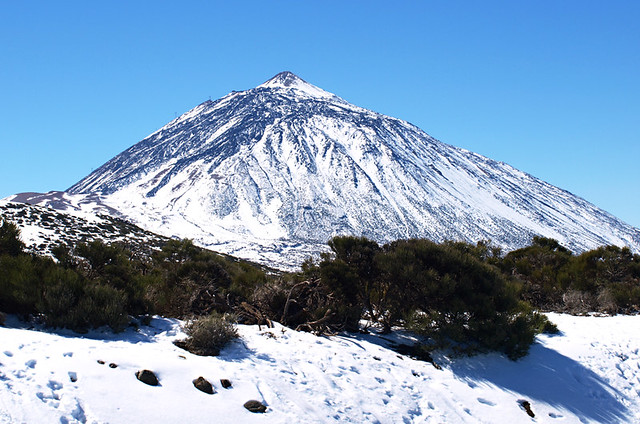 Number one tip is to keep an eye on the weather. The default setting in the Canary Islands ranges from warm and sunny to hot and sunny. But these are subtropical islands in the Atlantic, there can be extremes of wind, rain, heat and even snow (Mount Teide on Tenerife). The Spanish Meteorological Office usually issues weather warnings a couple of days in advance. These are yellow (exercise caution), orange (don’t go walking) and very rarely, red (batten down the hatches and pray). Generally even resort hotels post these alerts whilst rural hotels should be most aware so it’s easy to keep up to date. Each year people ignore them and have to be rescued – if they’re lucky. 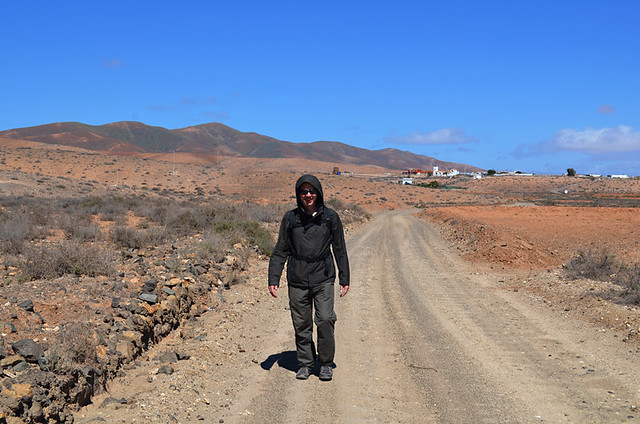 Layers are best if walking at altitude in winter months. The higher you walk, the cooler it is (it can be the opposite in summer). At the moment (beginning of November) the temperature at the highest point in the Canary Islands is around 4C. That can drop to -10C in Jan/Feb. Official weather sites can show temps of 8C in locations like Teide National Park on Tenerife. As there are rarely clouds and little shade in the park, as soon as you start walking it feels hotter; you’ll soon be down to a tee shirt even when there’s snow in the ground. Similarly, it can be dry and warm at the coast yet damp, cool cloud often hugs the hills at around the 1000 metre mark in winter. Winter walks can have you whipping the clothes off and on again like a stripper on a loop. 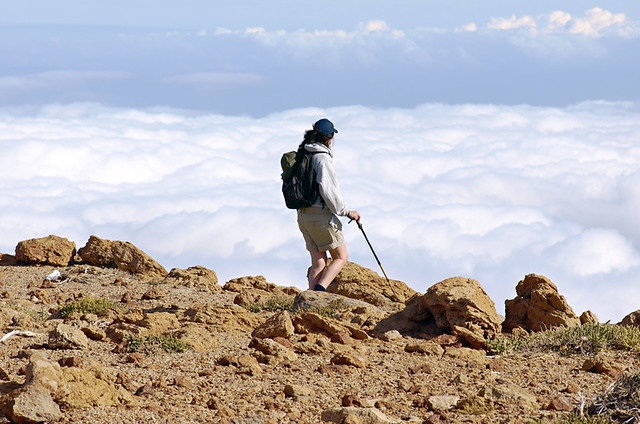 The terrain on the western Canary Islands can be dramatically steep with even short trails involving challenging ascents and descents. Traditionally, local farmers used long poles to get around the hills and when we first walked on the islands we used Lekis for support.
Over the last few years we’ve dumped the poles. Many routes are on a camino real– old trading trails made from boulders. We found it was too easy for poles to get stuck between the big stones on these paths. On La Palma we watched hikers with poles struggle to cross a stream, too reliant on their sticks, where we crossed easily without poles. It’s a personal preference, but for us poles can be more of a hindrance than a help, especially on narrow goat trails. 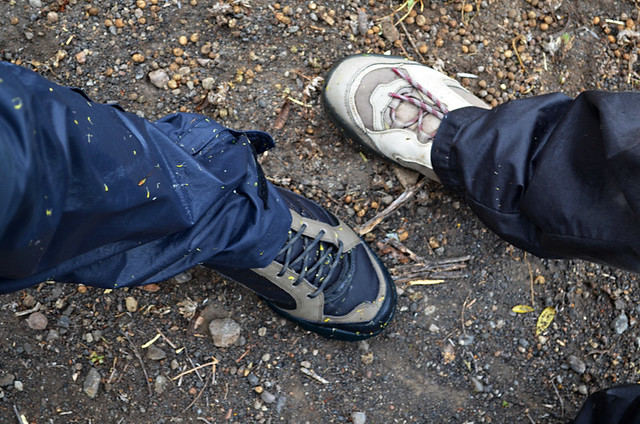 If walking on the most easterly islands (Fuerteventura and Lanzarote) where the terrain isn’t quite as hard underfoot and ascents/descents aren’t so steep, light walking shoes/boots should be sufficient. We walked with a guide on Fuerteventura who didn’t bother with any footwear at all. For the western islands a thick sole and good ankle support is recommended. Walking across hard volcanic terrain and on a ‘helpful’ camino real can be a killer on the soles of the feet. 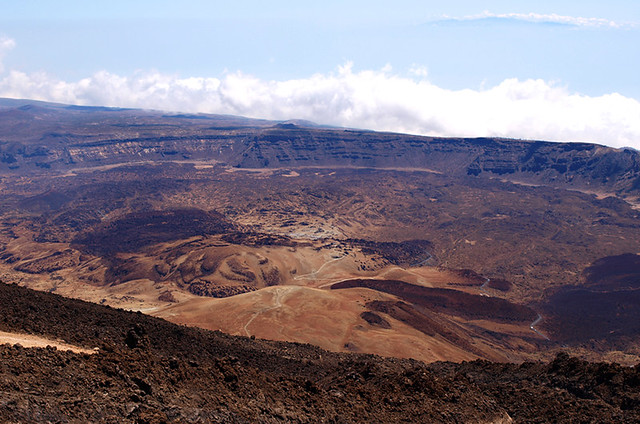 Only really a problem on Tenerife where Mount Teide touches the sky at 3718 metres above sea level. In Teide National Park, many routes are above 2000 metres and close to the point where altitude sickness can kick in. Once above the 1000 metre line, it’s always worth taking time to acclimatise before striding out too enthusiastically. 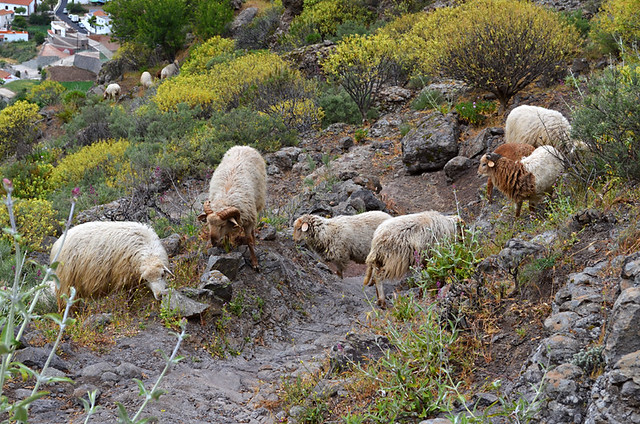 The Canarios are incredibly laid back people, there are very few no go areas which is one of the things that makes the islands such a joy to walk on. You can walk more or less anywhere (obviously unless a sign says otherwise) without the worry of a red-faced farmer shaking a stick at you (I’m thinking Wales at this point). Historically trails were created so villages could trade with each other and also for farmers to move their livestock about. The legacy of both is that there are ready made paths everywhere. 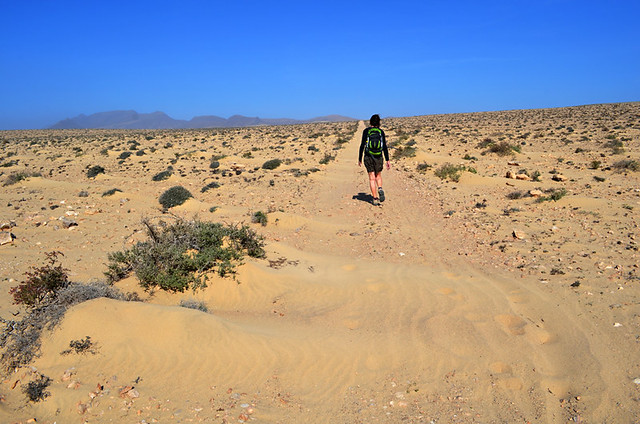 Always, always make sure you are well stocked with water. Hotter walking temperatures than many people are used to combined with steep ascents can have folks knocking back supplies like a drop hasn’t passed their lips in days. 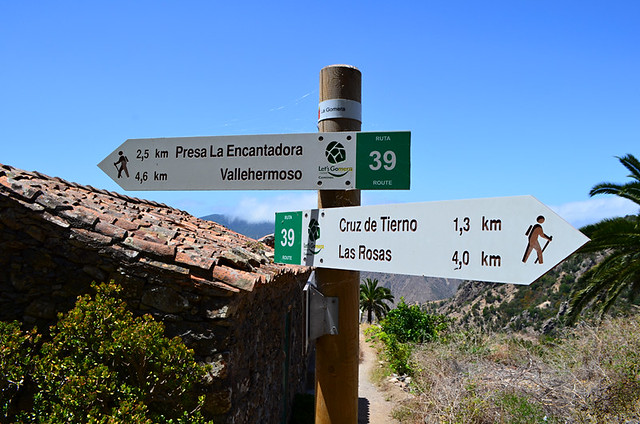 Don’t expect any map to be perfect. We’ve used a variety on each Canary Island and have never found one that was 100% accurate. They’re still extremely useful, especially once you know they’re more of a guideline. In recent years a lot of work has been put into improving signposts on routes. Whilst mostly this has made life easier for the visiting walker, it’s not always the case. On La Gomera new signposts were placed in completely different spots than existing ones, completely screwing up who knows how many walking guidebooks. It is also quite common for the powers that be on the islands to introduce new walking routes, placing crosses where old ones used to be. This doesn’t mean the old ones are off limits, it just means that the authorities want to ‘show off’ their new route. Having up to date directions can be a big help. 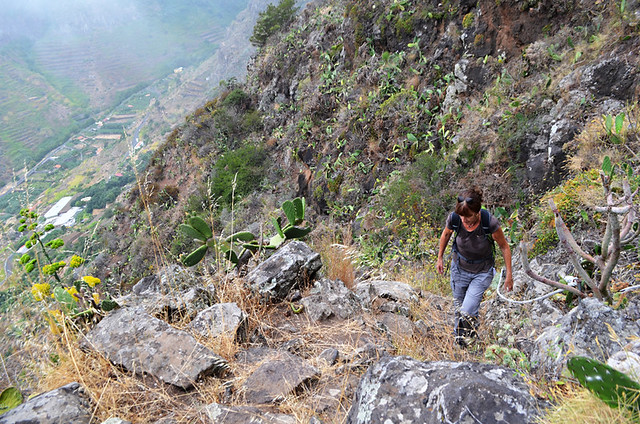 This applies to the western Canary Islands and Gran Canaria. A common problem that new hikers to the islands can have is underestimating the terrain. We’ve lost count of the times we’ve heard of people insisting they’re used to walking 20 kilometres so similar on the islands will be no problem. Higher altitudes, warmer temperatures and steeper gradients can make the conditions very different than those many people are used to. The highest point in Britain, Ben Nevis, would be considered just an average hill on Tenerife. La Gomera with its narrow trails crossing steep ravine after steep ravine is a constant grind on the knee joints. Even if you’re used to 20, it’s worth starting out with routes of around 13/14 kilometres to ‘bed in’ to Canary Island walking. 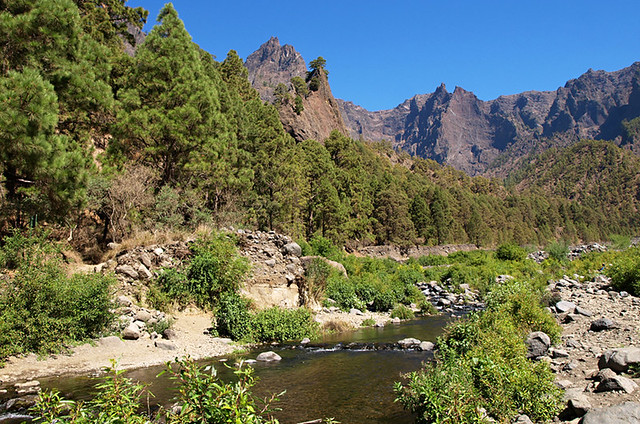 Finally, there’s the question of which island would be best for walking? That depends on personal preferences and fitness levels. Whilst there are routes to suit varying levels of fitness and experience on each of the islands, Fuerteventura and Lanzarote are best for less demanding routes and for anyone with vertigo and are generally arid and volcanic. The other islands are greener. La Gomera offers the most challenging walking and El Hierro the most remote as it’s at the end of the world… or was. For the greatest diversity La Palma, Gran Canaria and Tenerife are best.

And for the ultimate route, to the top of Spain’s highest mountain, it’s also Tenerife.