There are occasions when it feels as though the gnarled hand of the past reaches deep into my chest and squeezes my heart.

War cemeteries. The last resting places of far too many young men. Often in soulfully beautiful locations where violent, messy deaths have been turned into neat rows of simple slabs with immaculately cut green grass acting as grout. 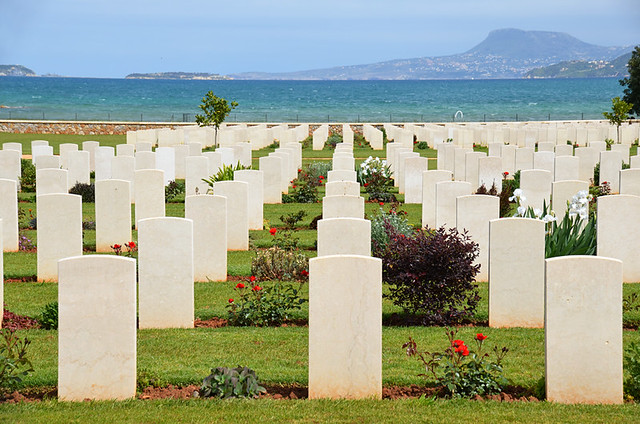 For some reason I can’t explain, the past in Crete feels as though it walks besides us more so than in other places. An ancient marble column lying amidst the rocks on a beach is a reminder of a great civilization, now a conveniently smooth bench on which to eat our picnic. Overlooking a long, wide beach of exquisite beauty lies the remains of a once thriving port, its elegant ruins concealed by tall grasses. High on a scraggy hillside we search for a cave, supposedly the lair of the one-eyed Cyclops. ‘Ah, but that one is mythology’ you might think. But then who’s to say much of the history we think we know isn’t? 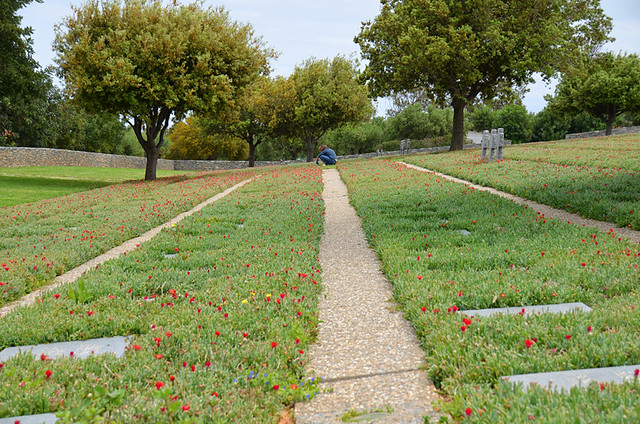 It’s in Crete’s WWII cemeteries where the past stands closest, putting an arm around my shoulder and whispering on the sea breeze “this is what fear, anger and ultimately hate looks like.”

In one cemetery there are only a couple local women carefully tending graves where dates of births etched into the headstones act like one sobering slap across the face after another. I calculate each age as I pass – 19,19,20,19,21,20…

In another, apart from us, there is only a young couple looking for a bench away from disapproving parents’ eyes. The boy is probably not much younger than many of those whose remains are marked by the marble slabs surrounding him. Young men who should have had more of a chance to sit on a bench with their arms around someone. 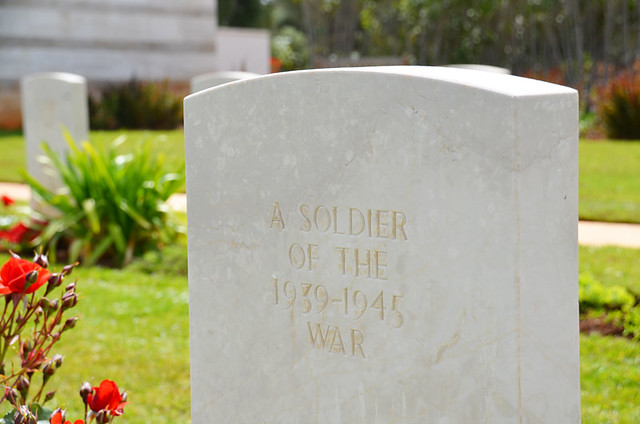 In a war cemetery I don’t see nationalities, only humble monuments to the memories of men barely out of childhood. The poignant cost of somebody else’s selfish power games. 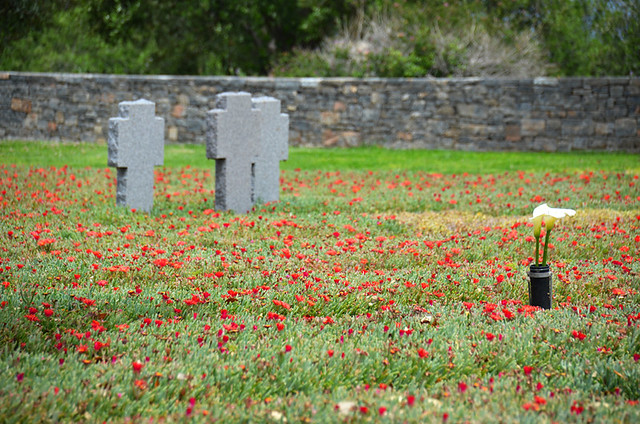 Memories are short and it feels as though the world could once again be heading towards darkness.

I silently wish more people would take time to stand in a cemetery such as one of these and take heed of the words the past whispers sagely in their ears.

When travelling we occasionally get tired of traditional cuisine in some destinations. This happens when restaurant menus vary little from one to another and mostly involve meat, meat, or meat. When this happens, we are on alert for any local dishes which don’t involve a slab of dead animal. […]