We have just one hour to get ourselves and the car back to the manor house so we can shower and change in time for dinner with the Count of Calheiros.

We’re sweaty and dirty from walking all day in the heat. We’re currently in Ponte de Lima, 8km south of where we need to be; our car is parked 6km west of here; there is no taxi rank, no bus and no prospect of a lift. And just to add insult to injury, my rucksack falls off the bench, smashing the bottle of Adega Ponte de Lima Loureira vinho verde we bought from the shop as it was closing. The rucksack is now afloat in wine and smelling like a vat of fermented grapes.

Things are not looking good. 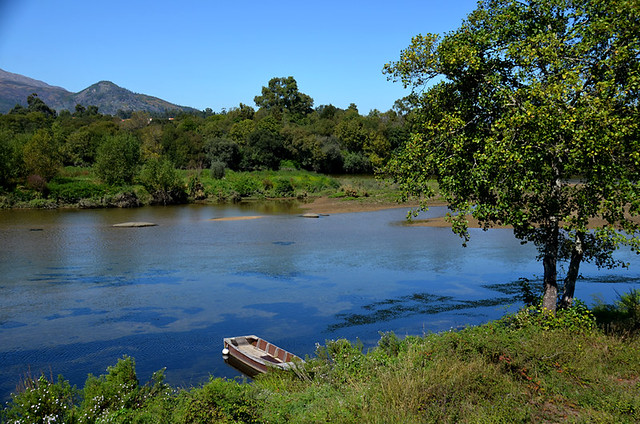 The Lima Valley
It’s our penultimate day in the Lima Valley and I guess we’ve just become too laid back, too complacent. The pace of life here is like that, it forces you to slow down, change your stride to a step, and stand awhile to watch the herons glide above the teal surface of the river which lazily melts its way across the valley.

So calm are the waters of the river, legend has it that when Roman legionnaires arrived at the banks of the Lima en route to conquer Galicia, they were so taken by its beauty and tranquillity that they believed they had arrived at the Lethe, the mythological river that divided the world of the living from the world of the dead. Frightened that they would forget their families and the lives they had left behind, they steadfastly refused to cross the river. It wasn’t until their commander crossed and then called each man by name from the opposite bank that they finally agreed to cross. 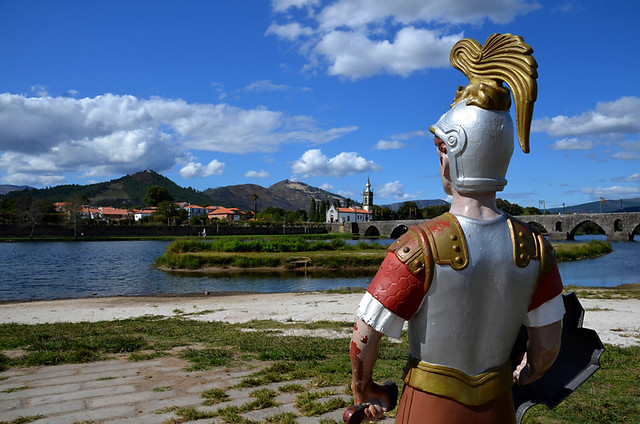 Tucked into a fertile basin beneath the border with Galicia in the far north of Portugal, the Lima Valley is a gentle landscape of rolling hills carpeted in vines, olives and corn, backed by moss-green forests of maritime pine flashed with silver patches of eucalyptus. Farming has been at the heart of the region since the Middle Ages and continues to be so. Most families own a plot of land of some kind, be it an allotment of cabbages and beans, or a rambling quinta of vineyards and chestnut groves. Lightly peppering this bucolic idyll are some of Portugal’s oldest and prettiest villages where the tables and chairs of pastelarias and traditional restaurants line the narrow cobbled streets that run between stone houses, and spill onto the riverside promenade where local life does its best to bustle. 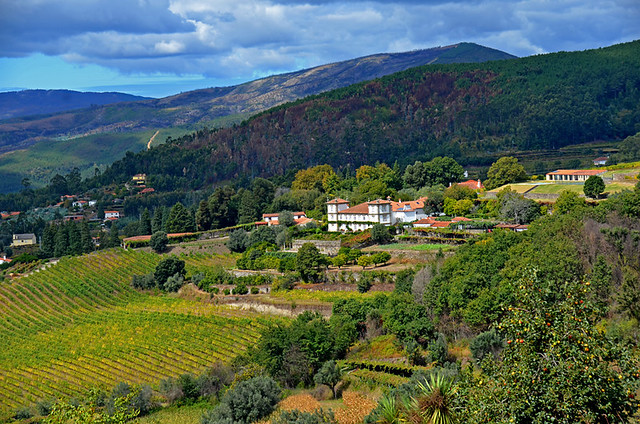 The walking
A sizeable part of the Portuguese Caminho de Santiago passes through the Lima Valley on its way to Spain. Following the yellow arrows and occasional scallop shell symbol of the Caminho, our walking frequently takes us alongside pilgrims making their way towards Santiago de Compostela and a cheery ‘Bom caminho!” acknowledges the camaraderie of the path. Although we’re not travelling the route to worship at the tomb of the Apostle, nor are we on a journey of self discovery as so many pilgrims are, nevertheless the walking lends itself to an element of inner reflection. The way is clear to navigate, the paths are mainly flat and easy under foot and the gentle pace of life taking place around the periphery of the route all help to fuel a feeling of well being. There is nothing spectacular or particularly dramatic about the scenery, it’s just gentle, and green, and lovely, like walking through a memory of childhood when it was always summer and you didn’t have a care in the world. 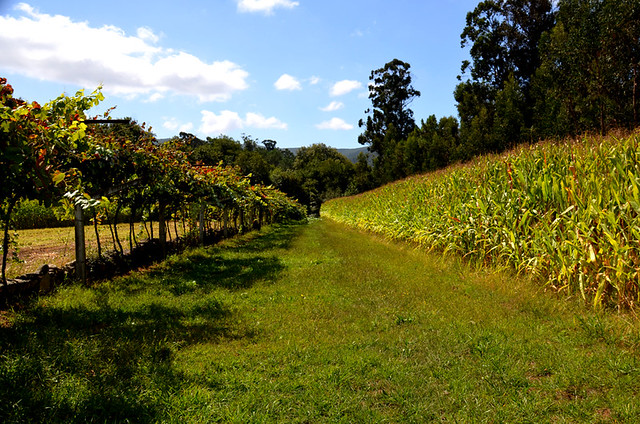 As we skirt field after field of agriculture, we notice that in places, the vines are grown raised high above the ground and placed around the edges of the fields. Although the production of vinho verde is now relatively big business in the Lima Valley, most families only grow enough vines to provide wine for personal consumption so the vines are lifted above the ground to leave space for other crops to grow beneath them. Our last day in Ponte de Lima coincides with the vindima or grape harvest and as we drive out of town we pass rows and rows of tractors stacked with barrels and boxes brimming with grapes waiting to go to the town’s adega for pressing. Exclusively produced in this region, the ‘verde‘ in vinho verde‘s name refers to the youthfulness and freshness of the wine; it’s as easy on the palate as the landscape is on the eye. 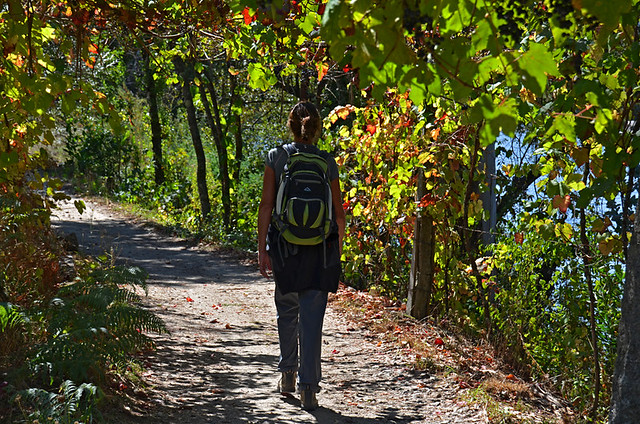 All of which, I guess, is how we came to be so relaxed about our timetable on that penultimate day on the banks of the river, so intent on buying a bottle of our favourite vinho verde that the Lethe saw its opportunity to sneak like a cat burglar from its mythological infinity into our afternoon and steal the memory of an encroaching dinner date. But in this green and pleasant land, all good things come to pass, and Jack managed to muster enough Portuguese to call a taxi to get us and our drunken rucksack back to our car and home in time for dinner.

We were in the Lima Valley to create a walking holiday for Inntravel.