Krippenstein reminds me of one of those Playstation video games where you have to complete a series of tasks before moving on to the next and even more exciting stage. 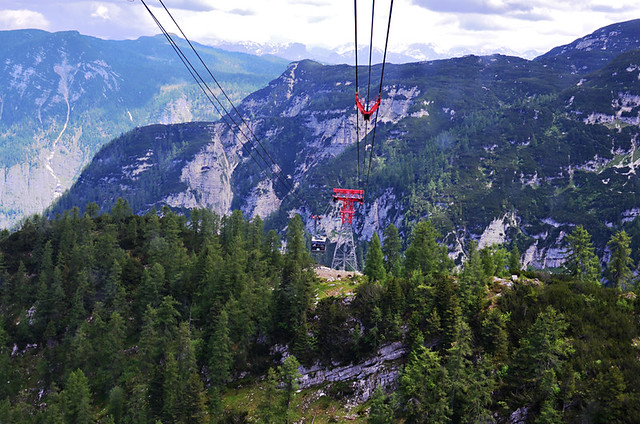 Cable cars swing their way up the mountain, our transport to higher levels.

Negotiating the cool and cavernous Dachstein Ice Cave and a gang of over exuberant pre-teen schoolchildren (presumably the end of level bosses) on lower slopes took much longer than we anticipated. Now we’re behind schedule.

Our tasks include replenishing water, having lunch and completing a snow-clad mountain circuit in order to catch another cable car before it stops running and leaves us stranded on an inhospitable mountain, bringing about a premature end of game.

There’s also the little matter of the bonus level to complete, a.k.a the Five Finger challenge. 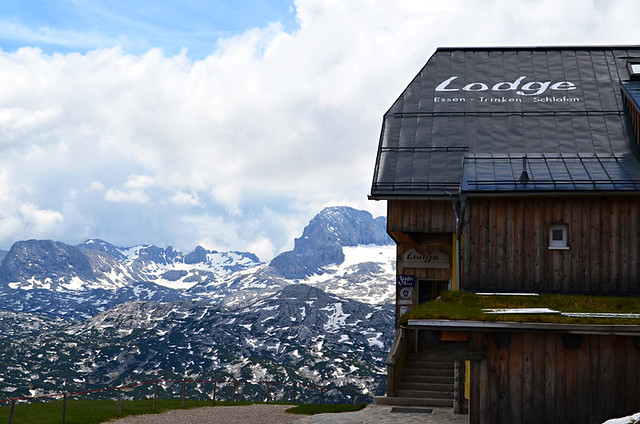 Procuring water and a sandwich turns out to be more complicated than expected. There is the bustling Krippenstein Lodge but, incredibly a) it doesn’t serve takeaway snacks – only big hearty meals, and b) it doesn’t sell water.

It’s one of the strange things we’ve experienced walking in this part of Austria. Lodges seem to be for people who are there to eat a sit down meal rather than walkers who want to pick up a sandwich to munch somewhere along the route.

The food we can live without (we have chocolate), the water we can’t. An incredibly amiable and helpful lodge worker empties a large plastic bottle (I try to put out of my mind that the current contents looks like used cooking oil) and fills it with water.

Although time is short and, even though it’s June, thick snowdrifts are going to slow us down on our quest to reach the connecting cable car, we’re not going to miss out Five Fingers. It’s an additional hour round trip that simply has to be done. 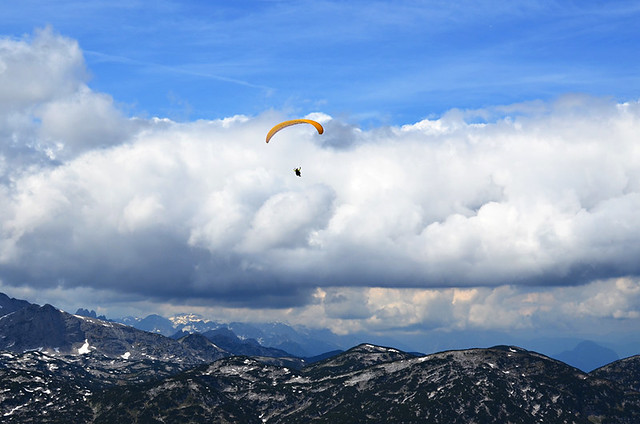 The Krippenstein world at just over 2,000 metres above sea level is one of hard granite and snow. A paraglider drifts past us. Way below him is a very different world; one where it is summer in the green pastures and glassy lakes.

It’s supposed to take 30 minutes to get to Five Fingers but after 20 we catch sight of the imposing metal hand extending out over an abyss. Below the spindly looking fingers is a 400m drop. 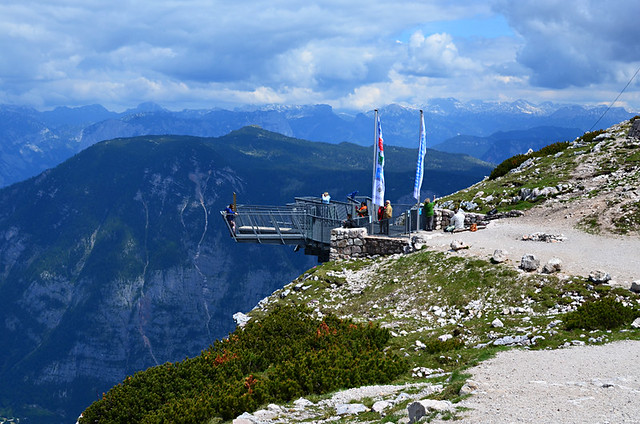 It is as gasp-inducing as we’d hoped. Actually seeing Five Fingers sends a tingle down the spine – excitement? Fear?

Incredibly, there are only a handful of people. I expected it to be packed and that we’d have to wait our turn to venture onto each of the fingers. Instead we are able to walk on at will, having individual digits all to ourselves.

Despite the precarious position of the hand, it feels rock solid and totally safe. There is absolutely no hint of vertigo or even the slightest tinge of fear at being suspended high above a world that looked beautiful at ground level but is simply sensational from this bird’s eye position. 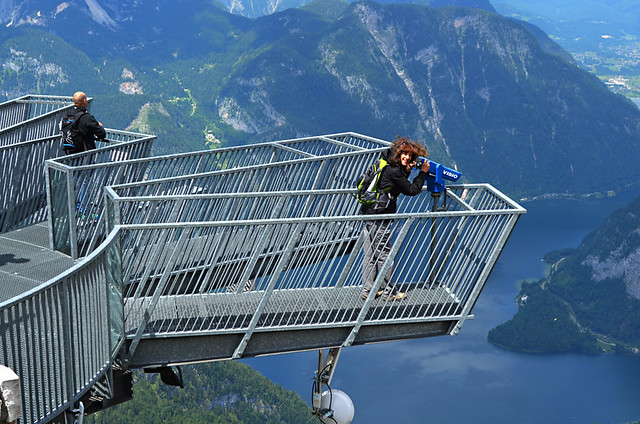 The Five Finger challenge, although an exhilarating experience, doesn’t seem quite as much of a knee trembler challenge as I thought.
Saying that, the handful of people hanging around nervously at the opening to each finger would suggest not everyone feels the same.

I ask Andy to pose on one of the fingers whilst I take up a position off to the side to try to get a shot that captures the hand’s lofty position. As I click away I realise the slope I’m on falls away into oblivion a few feet from where I’m standing. There are no metal barriers to save me if I were to stumble. I don’t suffer from vertigo, but for a second I’m slightly light-headed and my legs feel a wee bit wobbly – there’s that knee trembler I was hoping for. 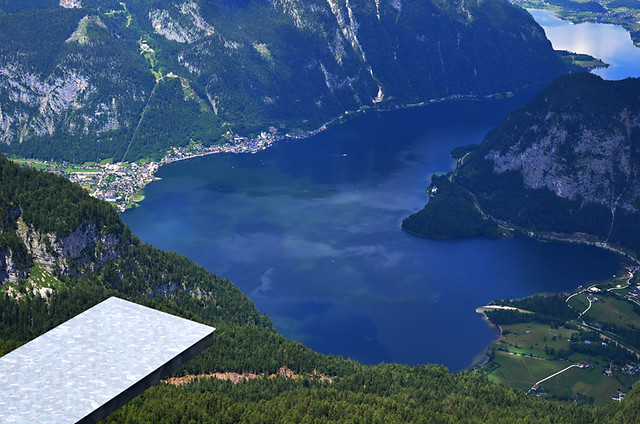 I make my way sharpish back to the safety of Five Fingers where I regain my composure.

It’s time to move on anyway; we’ve got a level to complete and who knows what dangers lie ahead. I’ve heard rumours they might involve a shark…

Factfile: The most flexible way to enjoy the best of Krippenstein is to pick up a ticket at the lower cable car station that covers the cable car rides and entrance to attractions like the Ice Cave and Mammoth Cave. There are various options and prices available.