From chicken cooked in a crater to lunch in a lighthouse, when it comes to crazy places to put a café, the Canary Islands take the biscuit… 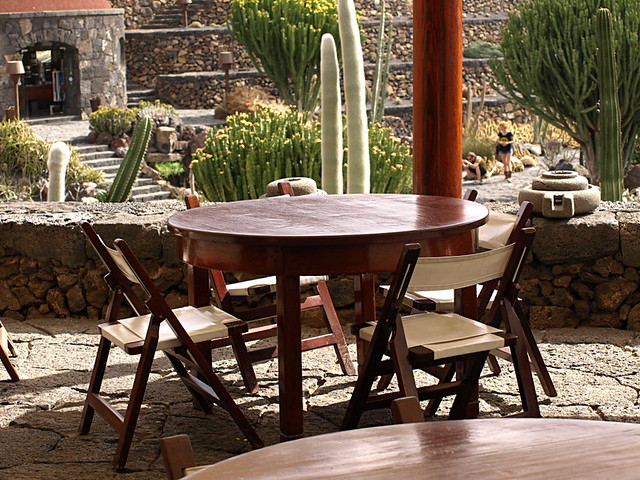 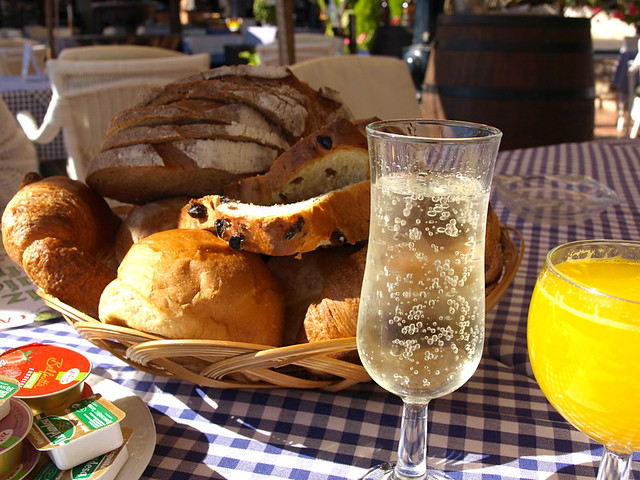 Brotherhood bubbles – set on top of Monk’s Mountain (Montañeta del Fraile) in the north of Tenerife, the El Mirador restaurant in the former monastery of El Monasterio serves a cracking cooked breakfast with champagne while you gaze over La Orotava Valley to the ocean. It could become a habit.
El Monasterio, La Montañeta, Los Realejos, (+34) 922 340 707; open daily 9am – 1am; entrance free

Crater chicken – at El Diablo on Lanzarote‘s Fire Mountain (Timanfaya), you can watch your chicken and sausages sizzling over an active volcano using nothing but the earth’s heat to cook them. Hopefully they’ll be done quicker than the time it took to create this place, an incredible six years.
El Diablo, Timanfaya National Park; (+34) 928 173 789; open daily noon – 3.45pm; entrance to park (incl. tour) €9, children(7-12yrs) €4.50 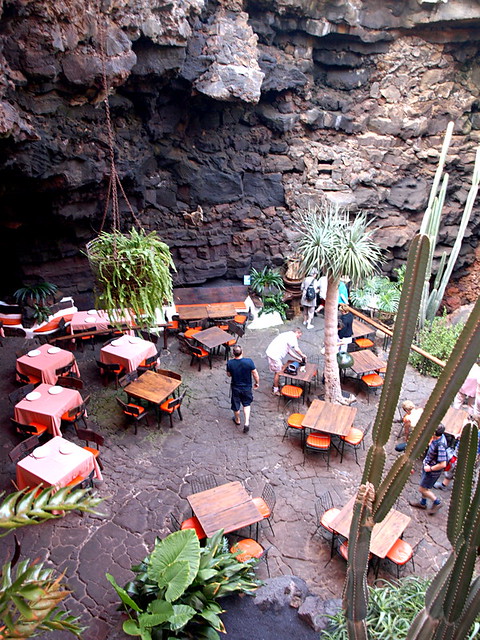 Cave cocktails – at Jameos del Agua you can escape from Lanzarote’s glaring sun and go underground to a café and bar by a sapphire lake in an amazing cave grotto where blind, red and white crabs live. Give the seafood a miss and order a Blue Lagoon cocktail instead.
Jameos del Agua, Punta Mujeres, Haría; (+34) 928 848 020; open daily 10am – 6.30pm, restaurant & bar also opens Tues, Fri, Sat nights 7.30pm – 2am; entrance €9, children(7-12yrs) €4.50 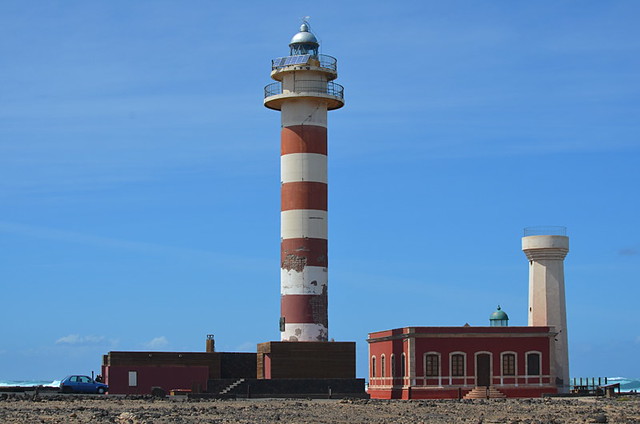 A light lunch – in a working lighthouse at El Cotillo on Fuerteventura is the Museo de la Pesca Tradicional fishing museum and its no-frills little café. You can climb the tower and watch the kiteboarders skimming the waves below you. Just don’t switch the lights off when you leave…
Museo de la Pesca Tradicional, El Cotilla; (+34) 928 858 998; open Tues-Sat 10am – 6pm; entrance €5