When asked which is the perfect Canary Island, my answer is always La Palma – La Isla Bonita.

There are aspects of other islands I like better. Tenerife has most diversity, best gastronomy and the landmark everyone else is jealous of; Fuerteventura and Lanzarote boast the dreamiest beaches; La Gomera and Gran Canaria are tops for walking out the door of your hotel and straight onto world-beating walking trails (people are always surprised when we include Gran Canaria for this) and El Hierro is the most enchanting.

At one time there were the big three – Tenerife, Gran Canaria and La Palma. These were the historic centrepieces of the Canary Islands. Fuerteventura and Lanzarote were too barren, La Gomera too harsh and untameable and El Hierro too small… plus, being at the end of the world, a bit odd.

Tenerife and Gran Canaria still maintain their roles as most important of the islands, having adjusted to and embraced tourism. But La Palma has drifted off screen, possibly partly obscured from the public eye by the fact that the capital of Gran Canaria is Las Palmas, which might confuse, especially if heard mentioned in Canarian dialect where the ‘s’ at the end of a word is viewed as unnecessary.

People are missing out, La Palma is a great all rounder of a Canary Island with a little bit of the best qualities of the other islands. 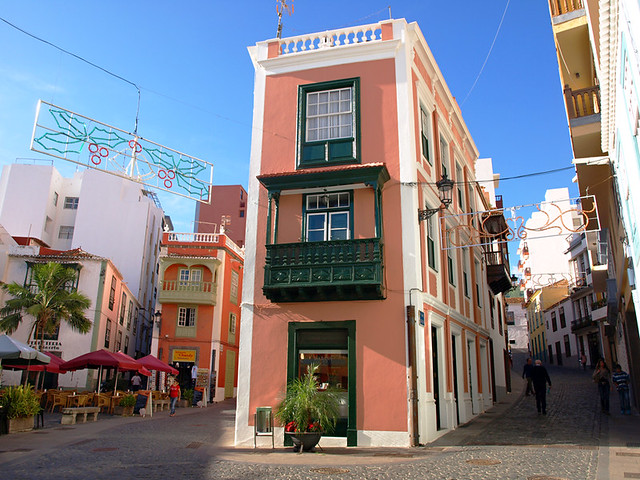 Santa Cruz de La Palma is one of my favourite old towns in the Canary Islands with all the classic ingredients of a colonial town at the crossroads of the world; elegant town houses, quaint cottages, rickety balconies overflowing with blooms,  grand churches, forts that couldn’t see off Cap’n Jack Sparrow in a rowing boat; bustling markets; tranquil plazas and a wooden galleon in the middle of a street.
It’s a town that’s big enough to hold the attention for a few days, but small enough to feel intimate and easy to get to know quickly – a perfect blend. Like the other decent-sized historic towns in the Canary Islands it doesn’t feel Spanish, it retains an air of the many nationalities who settled here or passed through on the way to and from the New World. 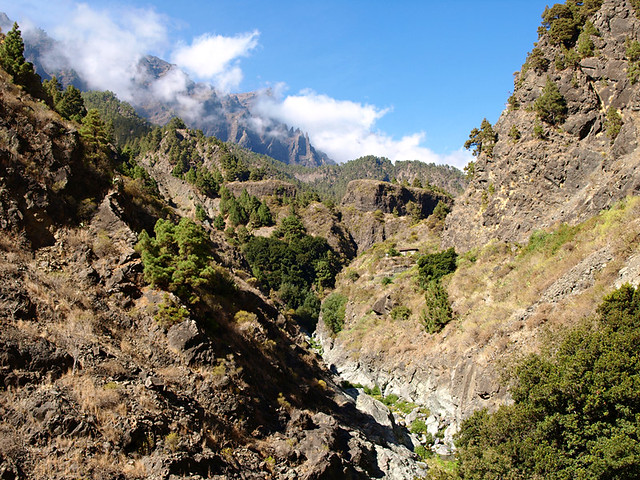 La Palma is known as La Isla Bonita which should be a clue to just how alluring the scenery is. It was on la Palma that we first saw swathes and swathes of wild flowers in bloom, covering the hills with a rainbow carpet. It’s the island of water; boasting waterfalls, rivers and lively streams the other Canary Islands lack, even the ‘green’ western ones. There’s an edge to the scenery as well. Where the hills are gentle, the sharp peaks around Roque de los Muchachos are hard and dramatic and the lava fields around Fuencaliente recent evidence of a volatile nature.
It’s a beautiful island deserving of its nickname, but it can require effort if anyone wants to view its most stunning aspects; There’s no quick short cuts for those in a rush to tick off another box on their travel list. 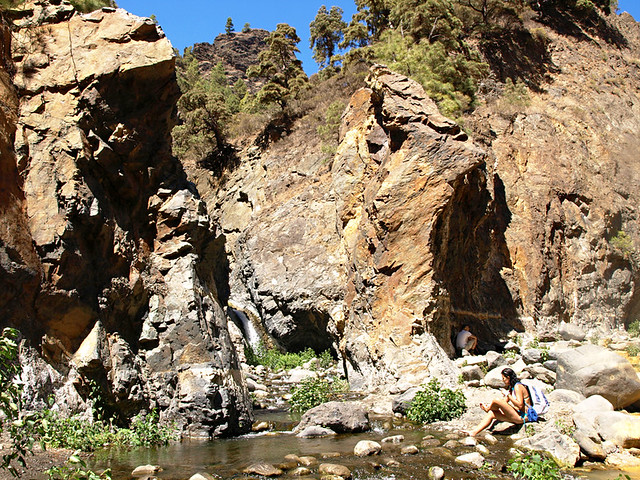 If there’s good scenery, there’s usually great walking and La Palma has two of my favourite walking routes in the Canary Islands in La Caldera de Taburiente and Marcos y Cordero. The whole island is a UNESCO Biosphere Reserve with the forests at Los Tilos having characteristics of those that existed over 1.6 million years ago – they feel like they could be the domain of creatures lost to the world. 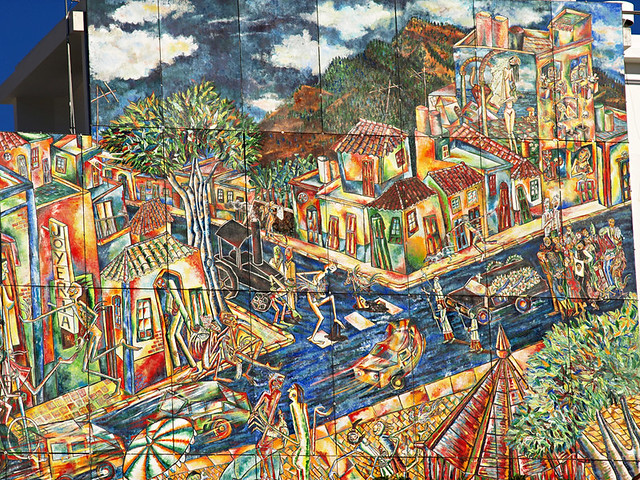 It’s become a bit of a mini trend in the Canary Islands these days, but as far as I know, La Palma’s secret capital, Los Lanos de Aridane was the first to brighten up the bland gable ends of houses with huge vibrant, hand painted murals, creating an open air art gallery to be enjoyed as you walked the streets. La Palma isn’t one of the biggest Canary Islands but its main traditional towns have a life that is more in line with that of those on Gran Canaria and Tenerife than the sleepy affairs on the other islands. In other words it has the more of the sophistication of the islands with big Canarian populations. 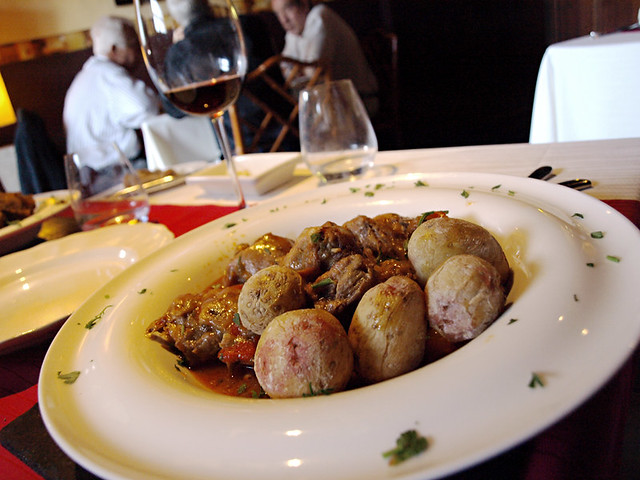 La Palma occupies a gastronomic middle ground – there are plenty of atmospheric restaurants to enjoy good Canarian cuisine. But they don’t tend to have the flair of the more contemporary restaurants on some other islands. 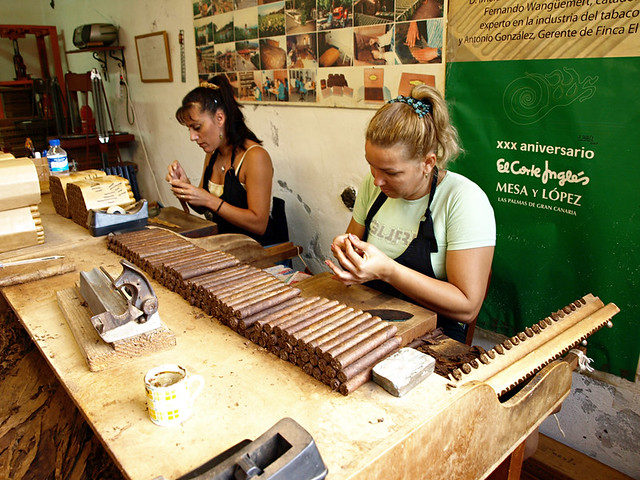 They exist on all of the islands, but they seem more obvious on La Palma – cigars rolled by hand in tiny factories in the Breñas; old lagars still used to press grapes in Fuencaliente; wine producers where they hand paint their own labels and a rum factory that looks as though it could hardly produce enough for the local village, yet exports to the other side of the world. Small scale and quality as well as being fascinating and of another age. 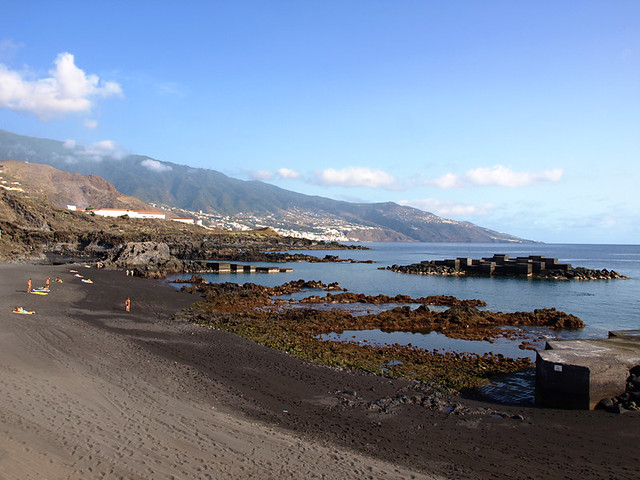 The island’s beaches are possibly one factor why La Palma has become the forgotten Canary Island. La Palma’s black sand beaches aren’t great to look at, especially compared to the golden wonders on the eastern islands. They just aren’t the type that many tourists want.

It means losing out in the tourist stakes, but that is also one of the main reasons La Palma remains so special.

Factfile: Thomson fly direct to La Palma from Manchester and Gatwick. Norwegian Air also fly direct from London Gatwick. The other way to get there is to fly to Tenerife and either catch a ferry from Los Cristianos or catch an inter island flight from Tenerife Norte Airport.