On a battered wooden skiff, we’d glided across the dappled, pea soup surface of a mangrove swamp into the jungle to reach a small clearing with a chunky log table outside a rickety hut topped by a thatched palm roof.

On the table were four glasses filled with a whitish gooey substance; toddy – the local fire-water. 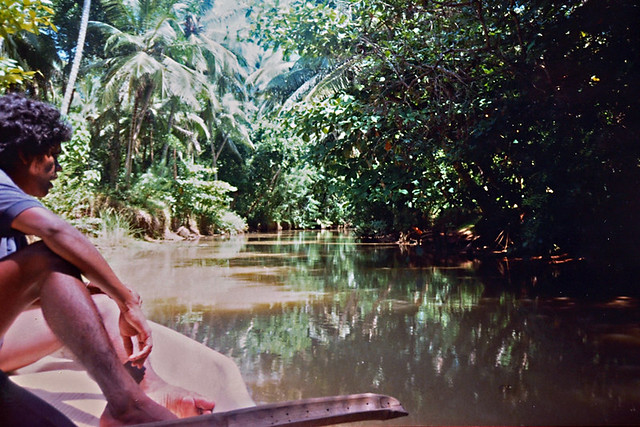 When a guide had told us that toddy wasn’t sold to foreigners as it could kill them, as it sometimes did the locals, we thought there might have been a bit of poetic license going on. But it did make us a wee bit nervous about actually drinking some of the stuff. The tiny amount of toddy in our glasses was diluted with Coca Cola; one of the few times I was glad to see an American import in places where the sight of instantly recognisable images such as Coca Cola’s or the golden arches just jarred.

The toddy was disgusting, but there were no ill effects. However, we know now that the guide hadn’t been exaggerating. Unfortunately fatalities from drinking toxic, cheap alcohol aren’t uncommon.

In most places drinking the local hooch isn’t akin to participating in an alcohol version of Russian roulette, but often it does result in involuntary gurning thanks to one factor which is common no matter where you are in the world.

Raki in Greece
Friends raved about wild times on the Greek Island of Crete fuelled by something called raki. Basically raki, apparently known as tsikoudia in other parts of Greece, is made from the bits left over during wine making (to me that sounds like the bits that should be thrown away). Our friends claimed they loved the drink, it clearly had a strong association with partying and good fun, and returned from the islands as would be Greeks bearing gifts – in this case raki.
It was retchingly disgusting. I’ve read that some raki makers infuse it with herbs, or add honey. There was no such sophistication here. It was the cheapest of the cheap and tasted like it. Away from dreamy olive groves and seductively lapping seas, the raki clearly lost some of its appeal for our friends and one of their prize bottles lived, untouched, under their kitchen sink for the following  decade.
The next time we visited Greece we gave the raki a miss and stuck to retsina and ouzo instead. 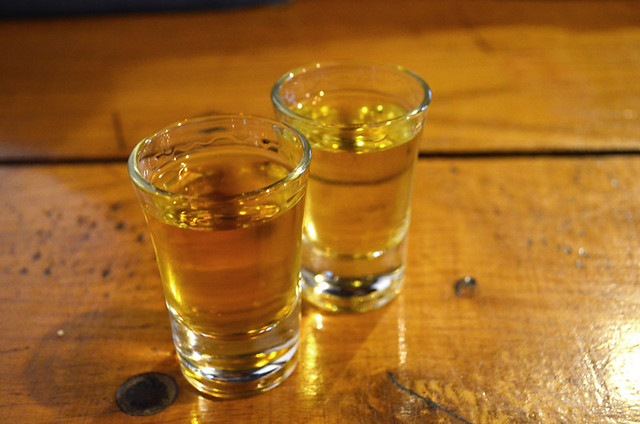 Feni in India
Why, in a  country where things are cheap, opt for the cheapest drink on the bar menu? You know what you’re going to get. Even though we were in a top hotel in Goa, a glass of feni cost only a few coins. We ordered a couple each as there were two varieties – cashew and palm.
One was nearly undrinkable (the palm) which made the second seem almost palatable. After two small glasses we were drunk (there might have been some mainstream alcohol taken leading up to the feni testing) and lurching on the border with hallucination land. We never touched the stuff again.

Grappa in Croatia
Actually, although it’s unlikely that I’ll knock back a glass of grappa and make satisfied ‘mmm’ noises, I grew to quite enjoy the post-meal shot in some Croatian restaurants, although I was a bit envious of the smoother, sweeter version that was sometimes given to female diners. My favourite grappas were at a makeshift grappa ‘experimentation lab’ (a shed and table in the garden of a konoba on Hvar) where the normally throat-stripping drink really did have some subtly seductive flavours. 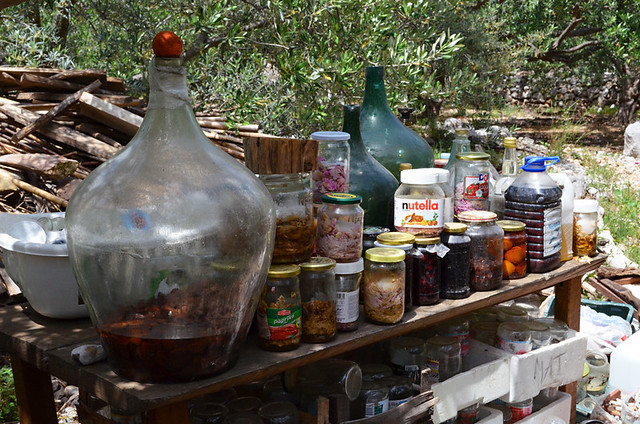 And so it goes on: home-made schnapps from a still here, an eye-widening glass of something wicked with a vague hint of banana there.

All variations on a cheap alcohol theme, all of them with the potency to fuel rockets.

Unless you’re a local who’s developed immunity or you’ve an asbestos throat, you have to be loco to drink some of the concoctions that are offered when you travel.

So whilst we will continue to seek out the local culinary oddities, we’ll try to be more cautious when it comes to rough ‘n’ ready local hooch. 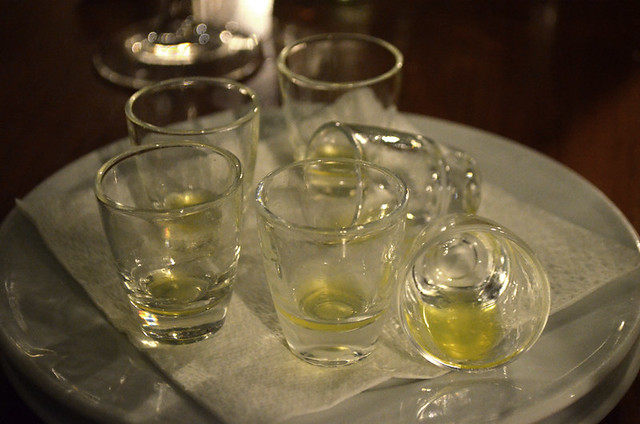 In truth what’s likely to happen is that when offered a glass of something uniquely local, we’ll look it for a second, as the good angel on the shoulder tries its hardest, before replying:

Well, when in Rome… or even a clearing in a jungle somewhere.