It isn’t so much that the path has become narrow as that it has entirely disappeared, leaving me scrabbling across a sheer slope 1000 metres above the valley floor, grabbing tree stumps to keep me from falling. When I finally make it back to the ridge, the waymarks have disappeared and the Coll de Pal is not where it should be. Now off the only map I possess, I scour the landscape, searching for the yellow drinking trough, circular fence and five paths converging that my directions assure me exist, but none are to be seen. 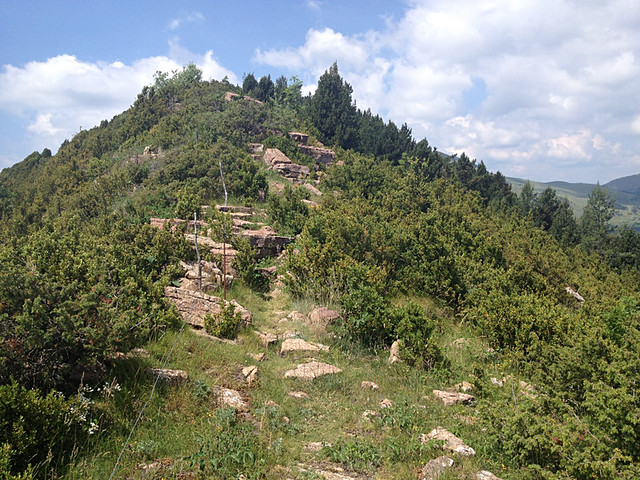 I’m all alone, standing on the top of Serra Cavallera in the Catalan Pyrenees, almost 4hrs into a 6hrs 40mins walk that has included a strenuous, 1000 metre ascent of the ridge. My iPhone battery is down to 10% and without it I have no GPS, no compass, no phone and no clock. From my vantage point all I can see is endless valley and ridges, every direction the same. I cannot see a house, a road or a path. I try not to panic as I search the terrain desperately, reading and re-reading my directions and retracing my steps to the last waymark but as time and the battery slips away, the frightening realisation that I am hopelessly and utterly lost can no longer be postponed.

I sit down and weep. 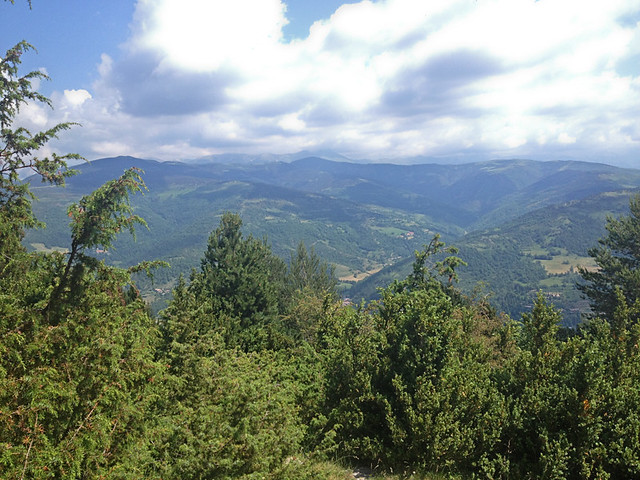 Jack and I are re-walking routes in The Pyrenees, updating, amending and adding to the existing directions. We’re four days into a seven day trip and we have a tight schedule of what we want to achieve today which we can only do if we split up. With only one Garmin GPS between us, we’ve agreed that Jack should compile the new walking routes around Comprodon while I re-walk the 16 kilometre Serra Cavallera ridge using Wikiloc. It’s a sound plan and everything is going fine until the existing directions go missing. Most of the ridge is on the map until it gets to the mysterious Coll de Pal where the five paths converge and where, on the map, the route drops off the end of the page. The path I’m looking for descends on the south side of the ridge, off the map. 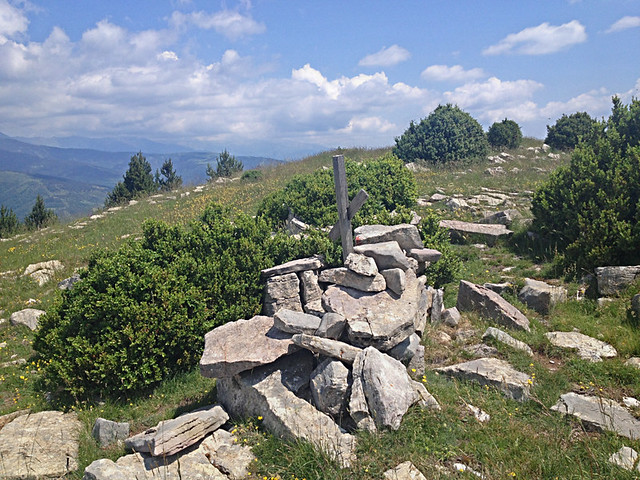 After a snivelling couple of minutes I realise that sitting here isn’t helping. Time is slipping away and I need to get down from here.

Half running, half sliding down the sheer and rocky ridge face, I arrive at the valley floor and use the last of my battery to call Jack and tell him I’m lost. In a frustrating, 2 minute call with poor reception where Jack can only catch snippets, I blurt out my predicament. Jack tells me to stay calm, read the landscape and find yesterday’s path which will take me back to Llanars. Before I have time to declare my undying love in a drama queen speech that begins “if I don’t make it…”, the phone dies. I’m on my own.

I have no way of knowing how much time is passing or what distance I’m covering as I search the valley for any recognisable landscape but it feels like the best part of an hour. Then, joy oh joy, I spot the huge, stone water trough that we passed yesterday. I’m so elated I nearly start weeping again. But my joy is short lived as I realise I cannot remember which of the multitudes of cattle paths leading off from it we took, nor in which direction we walked, and fear returns to sit in my chest like a stone.

I don’t have the directions from yesterday so I’m reliant on memory and instinct alone. I force myself to breathe deeply and concentrate. It takes a while and two false starts but eventually I think one direction looks vaguely familiar and I follow it. After, I guess, around ten or fifteen minutes of walking with breath almost bated, scanning the landscape like a search beam, I see vague painted stripes on a rock ahead and my heart leaps with joy. 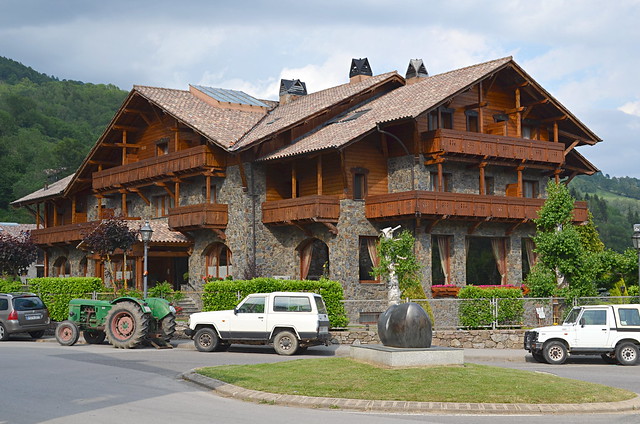 Two and a half hours later I arrive back at the Hotel Grevol in Llanars where I expect to see Jack, ashen-faced and pacing. But he’s nowhere to be seen. I make my way upstairs to the room and run into him in the corridor.
“Hiya! I was just coming downstairs to see if I could see you. I thought you should be back around now.”
I don’t know whether to be angry or upset, or both.
“Weren’t you worried?” I ask in a whiny voice.
“Nah. I knew you’d be fine once you stopped panicking. But from now on, you’re doing all the map reading!”

For me, that day in The Pyrenees was the most frightening experience of my adult life and it did actually occur to me at the time that if I had a fall or suffered an injury of any kind I might not be found. In the cold light of hindsight it was highly unlikely that would happen. For one thing Jack knew, albeit vaguely, where I was and what time I was expected back. For another, it was summer so even if I had to spend a night on the mountain, hypothermia wasn’t going to be a factor. Plus, I still had my packed lunch, having been too freaked out to eat it, so I wasn’t going to go hungry.

But it did teach me some valuable lessons that have held me in good stead ever since: