“I see you’re already wearing GORE-TEX,” the driver taking us from Madrid Airport to our hotel points at my embarrassingly crusted-mud hiking boots (in order to get fitness levels up we’d squeezed in one final walk before travelling and I didn’t have time to clean them).

“Am I?” I made a note to check when I took the boots off. 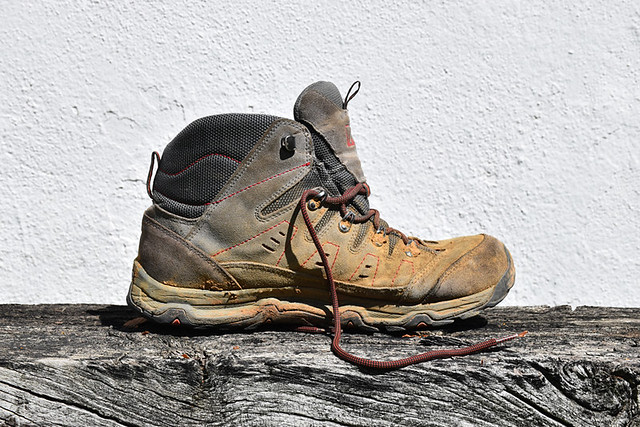 When it comes to brand names I’m a mercenary. I have no loyalty to anything; immune to the latest trend. That’s not to say clever marketers can’t get to me some times. I bought a pair of Camels years ago just because a poster of a foot in a Camel boot resting on a log in an exotic jungle made me want to be in the picture.

Mostly I choose what to buy based on whether it’s fit for purpose; the name on the label has no real bearing… up to a point. I still want to know something is reliable. My muddy boots (the driver was correct, they were Tecnica hiking boots made with GORE-TEX fabric) were chosen because they were light, comfortable and had a sole which could soften the impact of rocky terrain and keep me upright on slippery slopes. For two years they’ve performed their role perfectly. So much so I was reluctant to give them up in order to test a new pair over a three day long-distance trail event on the Camino de Santiago. The event was arranged by GORE-TEX and involved around thirty travel writers/bloggers etc from around Europe testing products under real conditions. 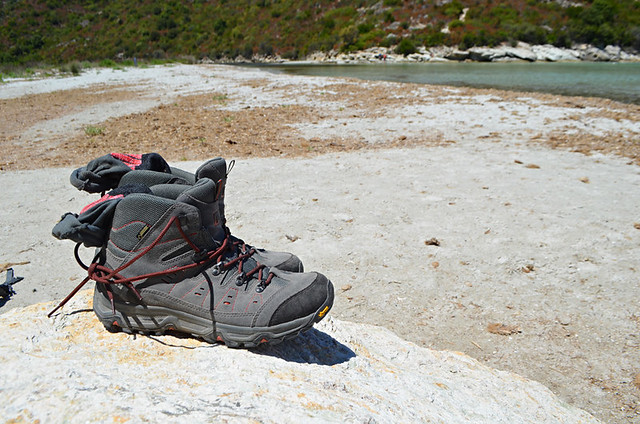 This isn’t about just about walking/hiking gear though. This is about the practical aspects of walking the Camino de Santiago, including observations over those three days which should help us plan effectively for walking a full Camino.

Clothing and footwear
The outlook promised cold, wet weather. We knew we were being provided with boots and a jacket but we took our own anyway, just in case we didn’t get on with the gear. Fleece-lined trousers had kept us toastie on glaciers in Chile; hats and gloves picked up in the Black Forest had protected us from icy sleet there, and base layers combined with light fleeces had served us well in all sorts of conditions. We’ve also got more special hiking socks than conventional socks now as we’ve found modern hiking socks make a huge difference to foot comfort when walking long distances and day after day. A super tip from the organisers, which we hadn’t heard before, was to rub Vaseline into your feet before setting off. 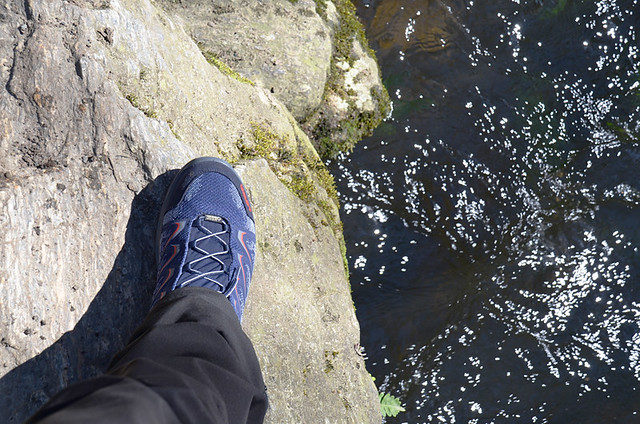 The boots provided were Lowa and felt a bit snug at first. They were also incredibly light, making my own boots feel almost clunky. A few kilometres into our first walk and I forgot I was wearing new boots. For three days and 60km of walking my feet felt fresh and perky. A bigger test will be how they perform on the Greek Island of Andros in a couple of weeks.

As for the jacket (North Face) – lightweight and nicely tailored – I was hooked from the first moment I tried it on. On icy mornings I felt warm. When the sun rose and the day heated up I didn’t feel too hot. When it chucked it down in Santiago de Compostela the rain simply slid off the fabric. Most importantly, my movements felt unconstrained. It’s a wonderful jacket. 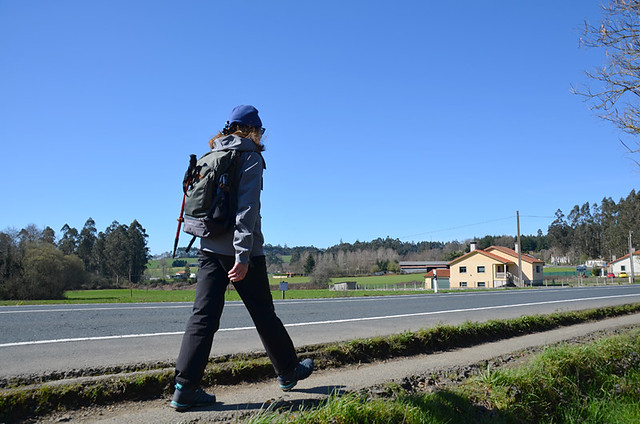 From experience we know what gear to wear in various hiking conditions, but what we picked up in Galicia enhanced what we already owned.

Where to stay
Our accommodation was arranged as part of the trip but illustrated the levels of accommodation available along the Camino. First was Hotel Suiza in Arzúa, a basic two-star hotel. It was comfortable enough and a passable place to spend a night. Breakfast wasn’t great and the hot water didn’t work, something you really don’t need after a day’s walking. But I’m glad I experienced it as it represented the lower end of what’s available.
Our second night was at Pension Maribel in Pedrouzo; also budget accommodation, but there the similarities ended. It didn’t have the same facilities, but the room was far more aesthetically pleasing with a few personal touches… and it had a powerful hot shower. 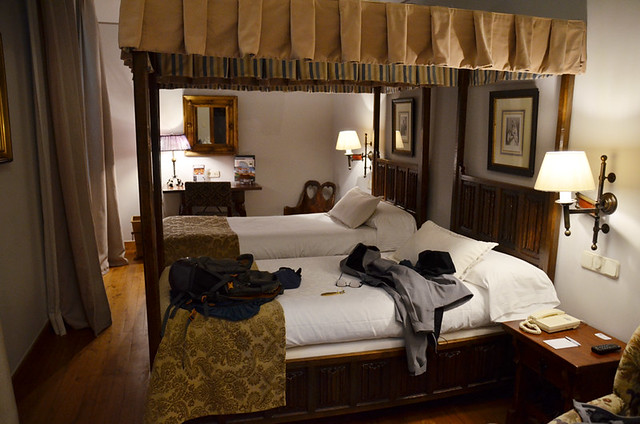 All along our route were signs pointing to pilgrim accommodation; from rural hotels and albergues to pensions and rooms in houses. A whole industry has grown up around the Camino, created to meet the needs of pilgrims. We could have stopped just about anywhere, which was interesting as on all three days we could have easily continued walking. Knowing there is plenty of accommodation means when we do a full Camino route we’ll walk until we feel ready to stop. Then we’ll decide where to stay. 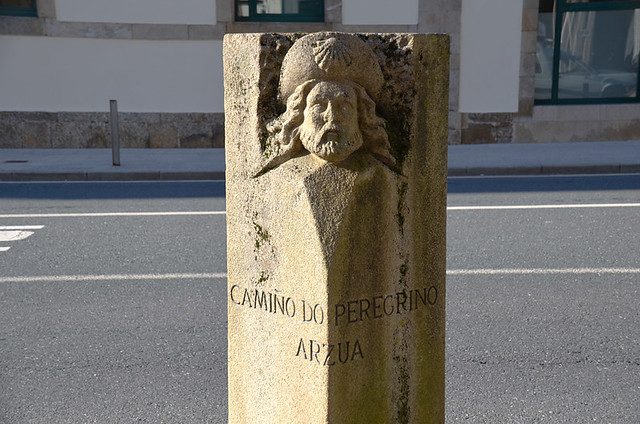 Food and drink
As well as hotels and pensions, there were multitudinous cafés and restaurants along our route. Keeping well stocked with food and water wouldn’t have been a problem – meaning no need to carry excess weight. Our lunches, snacks and dinners were provided so it wasn’t something we had to think about. Had we been walking under our own steam there were loads of Camino-side cafés which would have tempted us to rest for a little while. 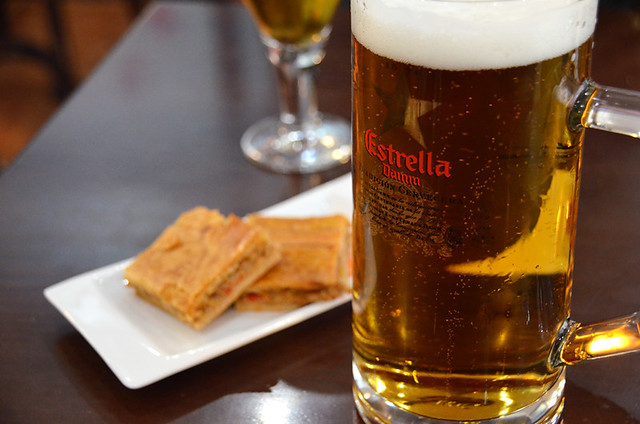 As far as the food on offer goes, the quality was mixed. Some of it wasn’t great – a greasy caldo Gallego in one restaurant was a poor relation of the wonderful caldo verde across the border. A dish of green beans had been cooked to the point they just flopped, exhausted, onto my plate. Some of it was standard northern Spanish fare, and some of it was good – pulpo a la Gallega in the same place which served the bad soup; local cheeses in a restaurant in Pedrouzo; our final meal in the Parador.

A friend who knows the area, Paddy Waller (the Spanish Thyme Traveller), commented on facebook “Camino food caters for the pilgrims.. loads of cheapy menus… but some good stuff particularly in Logroño, Burgos, Leon and of course the final destination.” 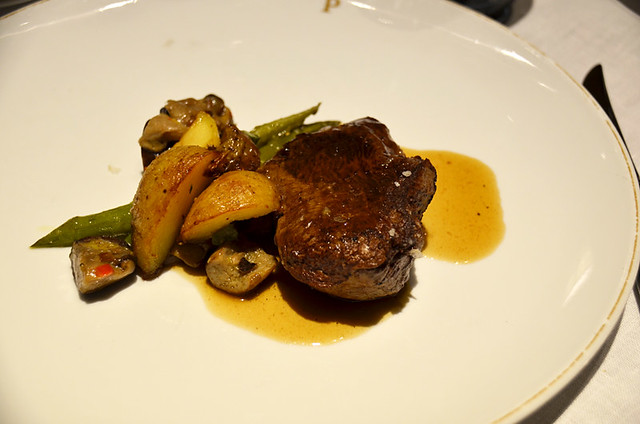 We were a large group which clearly affects the culinary experience – only certain restaurants could accommodate us, and the bigger the group the more it’s likely to impact on quality.

Signposting
As we’re normally route-finding, checking directions, taking notes etc. just walking for walking’s sake was a bit of a treat for us. Generally speaking, it would be difficult to go wrong on the Camino. There are the official signs at just about every junction, additional unofficial arrows on lampposts and walls, cairns, shells embedded in the pavement in towns, and all sorts of quirky ways which reassure you’re on the right path. 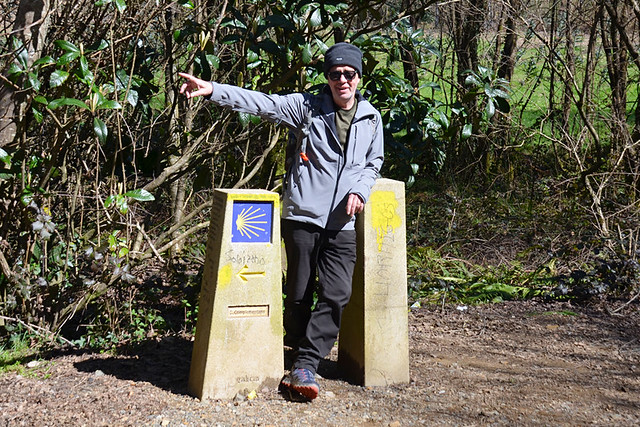 The ‘customised’ signs and messages all along the route are actually and additional feature of the Camino – sometimes amusing, occasionally emotional, now and again profound… and at other times cheesy enough to be lyrics from a pop song. 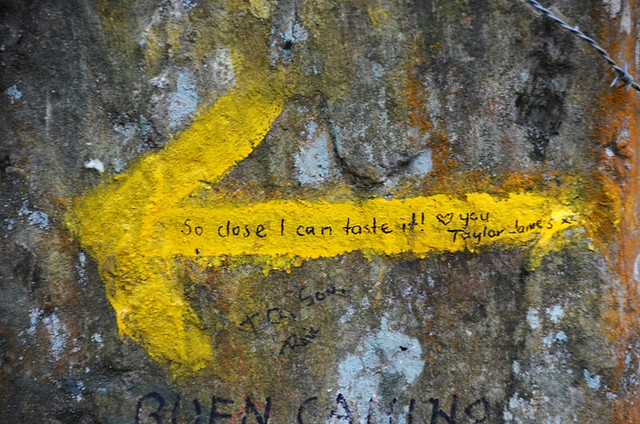 Basically the Camino de Santiago seems easy to navigate. Even so, some people in our group did stray from the path which for us, as writers of route directions, was interesting in itself. But that’s another topic altogether.