When it comes to cities, we all have our personal favourites as well as those we don’t get on so well with. But there are some cities I can’t imagine anyone not liking. Lisbon for example. In my mind it’s got something for everyone – character, history, grandiose architecture, atmospheric neighbourhoods, friendly residents, great food. So, when I read an experienced duo of travel bloggers’ negative account of a month in the city I was surprised. The more I absorbed their words, the more surprise was replaced by understanding. They made some unfortunate choices, which they acknowledged retrospectively. If experienced travellers can make mistakes when it comes to visiting popular cities, so can the average traveller. With than in mind, I’ve put together these tips on how to avoid a bad Lisbon experience. 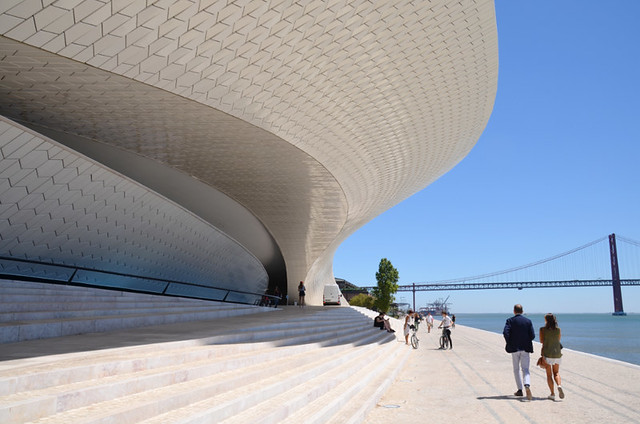 When not to visit Lisbon

The bloggers who didn’t get on with Lisbon chose possibly the worst month to stay in the city, August. It’s too hot and there are too many people around, making getting into restaurants more difficult. When we lived in Portugal, we tried to avoid going to popular locations between mid-June and mid-September when the Portuguese took their summer holidays as they could be uncomfortably rammed. Ironically, there may be fewer locals in the city, which makes it seem even more touristy. And southern European cities at that time of year … phew! Either side of that summer period is better; the weather is warm without being too oppressive (mostly) and the streets aren’t as crowded. 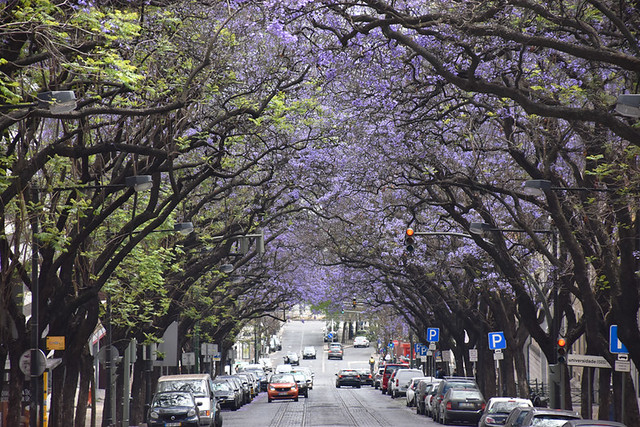 Another massively crucial factor is choosing where to stay. The bloggers had followed the advice of a guidebook and stayed in Barrio Alto. Been there, got the exact same T-shirt. During our first visit to the city, we stayed on same street where the Elevador da Bica is located. Apart from the old funicular, it was a relatively quiet place during the day, sleepy even. By midnight, and way beyond, it was bouncing, people filling the street below the apartment. It was a great scene, but not if you wanted to get some sleep. Other accommodation, a mix of apartments and hotels, in Alfama, Mouraria, Chiado, Avenida de Liberdade, and even Baixa were all quiet. Basically, don’t choose an area with a lively after dark scene if a decent night’s shut eye is the objective. 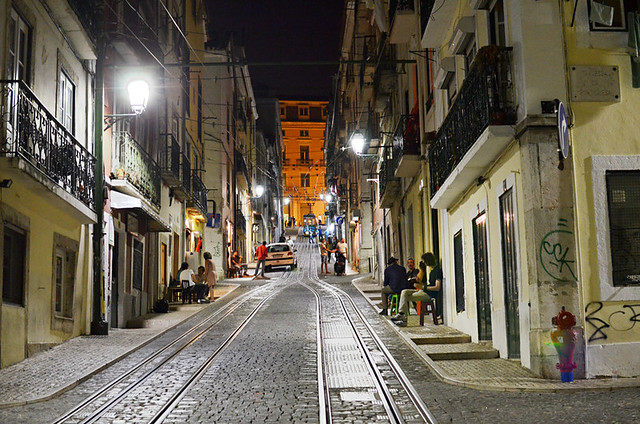 Yes, it’s the done thing to take Tram 28. But the queues to get on one are invariably lengthy, and the experience is akin to being in one of the tins of sardines you’ll find in specialist canning shops around Lisbon. The tourist trams on Praça do Comercio may not seem as authentic, but they are a far more enjoyable experience. You get a seat, an old rickety tram is an old rickety tram after all, and the route is virtually the same. Clearly it costs more but, hey, you aren’t a Lisboeta trying to get to work as cheaply as possible. 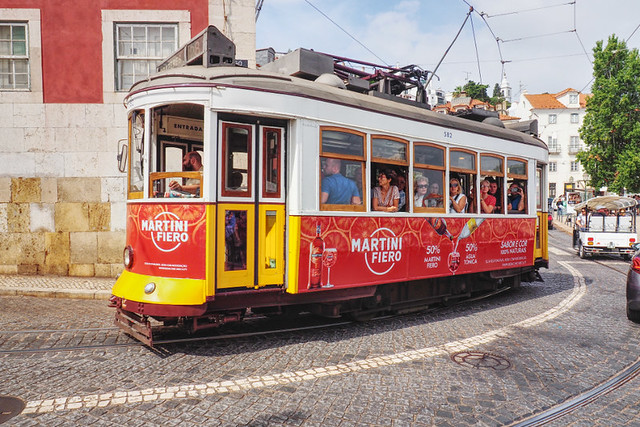 Break from the crowds

In some cases that may be easier said than done, e.g. if you take Tram 28 or the tram/bus to Belém. But mostly it is possible. The photo below was taken in August at around 10am, hardly the crack of dawn, the year after the travel bloggers complained the city was too busy. Explore reasonably early and even the main tourist drags aren’t bloated. On the same visit, we enjoyed a crowd-free breakfast at the hugely popular Time Out Market for the same reason. Later in the day, simply move a couple of streets away from the main arteries. Lisbon is one of those cities where there is something interesting to see on almost every street yet, like most cities, tourists tend to stick to the same handful of routes. We don’t subscribe to the pre-pandemic view that many popular European cities were ruined because of too many tourists. We’ve written Slow Travel guides for plenty of them, and we’ve yet to find one where it wasn’t the case if you explored on foot, you invariably escaped the crowds, even when it comes to the likes of Venice. 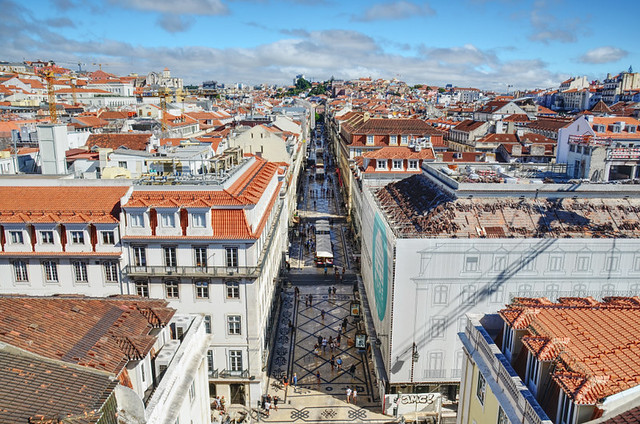 Embrace the city for what it is

Cities have different personalities. For me, the story of the count and the prostitute typifies Lisbon’s. In some parts, its buildings are palatial. In others, they border on being run-down. But even in graffitied backstreets there’s a certain charm, such as in the parts of Alfama where old women still sell ginjinha from their doorways. In some ways these are the richest areas of the city, the truly authentic ones where, no, there aren’t big supermarkets, but there are small local grocery shops, cafes, bakeries and so on.

Similarly, the backstreets are home to many restaurants representing Portugal’s worldwide influence, with some superb gastronomy from its former colonies. And it is a safe city, relatively speaking. There is petty crime. Wherever there are tourists there is petty crime. And we’ve been offered more hash in Lisbon than in any other city we’ve visited. But a simple shake of the head and the peddlers move on. We’ve never felt unsafe wandering around at night, and we’ve walked many shadowy Lisbon streets at various times after dark. 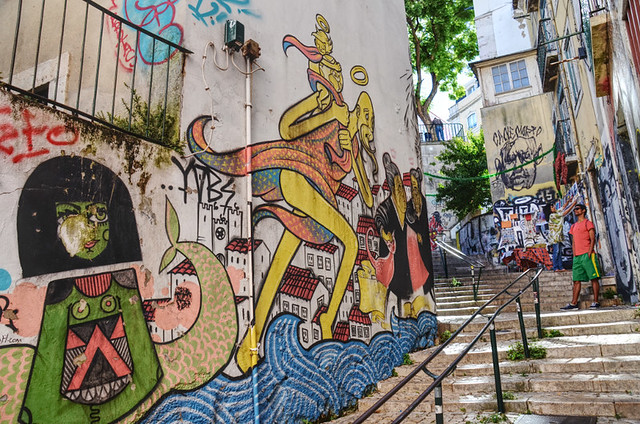 Whether you like any city or not is down to personal preference. We love Lisbon. It is one of our favourite European cities. Yet, its down-to-earth personality, and possibly even its multi-culturalism, won’t suit all. But research thoroughly and plan sensibly, and you improve the odds of getting the best out of a place, wherever that place may be.