How difficult can it be to buy a bottle of olive oil?

I thought it would be nice to bring a good bottle of olive oil home from my Milan trip, a tasty reminder of some of the fine Lombardy cuisine I’m enjoying. But I only have a few minutes in which to choose one and I’m faced with seemingly infinite shelves stacked with bottles whose labels are so visually appealing I’m tempted to start collecting them.

Every variety on display has an information ticket telling me where it comes from, how it tastes and what foods to pair it with. I could just as easily be in the wine section. I’ve read three tickets before I realise this is a Herculean task that requires at least half an hour of research. And that’s just one bottle of olive oil. Imagine if I was doing my weekly food shop as some customers in here appear to be doing. I’d have to give an entire day over to the operation. I know Eataly are exponents of the Slow Food movement but this is ridiculous. 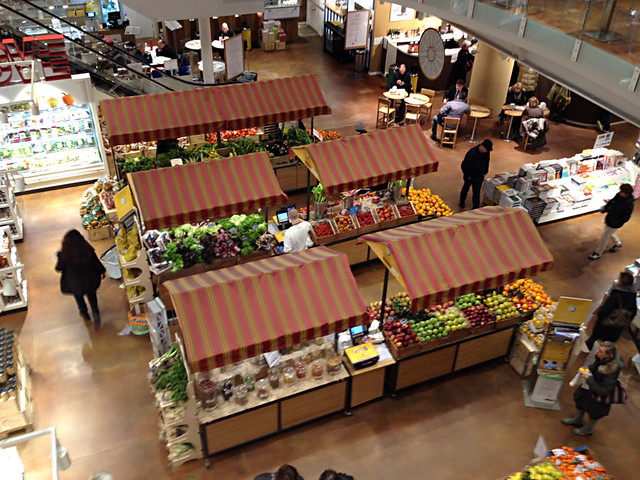 Ironically, there’s nothing slow about the time frame of the burgeoning Eataly empire. Opening his first store in Turin in 2007, Oscar Farinetti now has 27 outlets worldwide including Japan and the United States. His New York outlet which opened in 2010 receives between eight and thirteen thousand visitors every day and 25,000 diners a week and its only critics complain that it’s just too busy for native New Yorkers to patronise any more. With a second store set to open on the site of the World Trade Centre in autumn 2015, that issue may be resolved. On the other hand, Eataly may just double its out of town visitors instead. 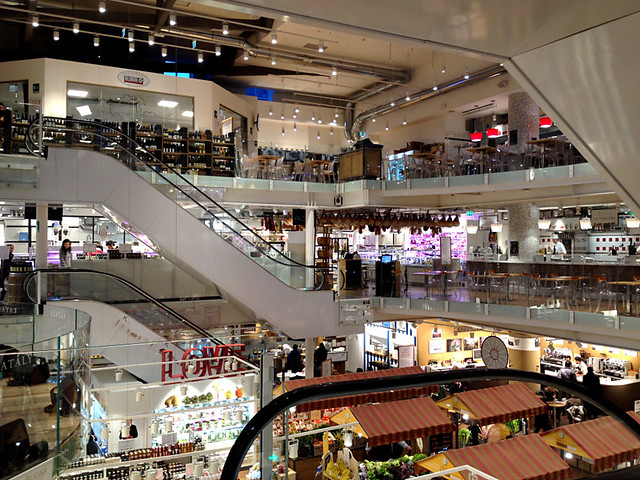 Stepping into the flagship Milan branch of Eataly, it’s immediately apparent what makes it such a popular venue. Visually it’s stunning. In the cavernous interior of the former Smeraldo Theatre, three open concept floors framed by sleek, glass fittings surround a central space rising from floor to ceiling. It’s like looking simultaneously at a cross section of three high end stores and eateries. On the middle level, a semi circular platform juts out over the open space, its floor set with a piano and amplifiers. In deference to the building’s theatrical heritage, local musicians perform here in the evenings, providing entertainment for shoppers and diners and a potential launch pad for young unknowns.

In bringing Italian gastronomy to the masses, the Eataly empire has three principle objectives for those who visit its emporiums – eat, buy, learn. Endorsed by the Slow Food Movement, Oscar Farinetti founded his stores on Slow Food principles using produce sourced from sustainable, small, local producers, cutting out the distributor middle man in order to keep prices low. Stacking his shelves and counters with the best produce available in the locality, Farinetti then set about educating shoppers about the products, their quality, taste and how to use them. 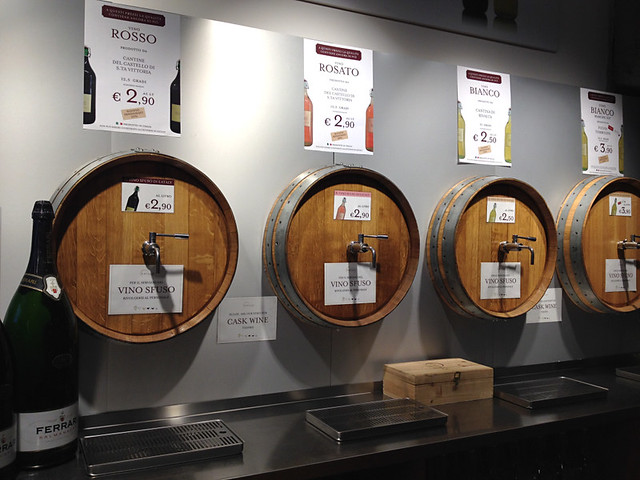 Interspersed with the merchandising are a series of eateries so you can taste the produce before you buy it. Alongside the formidable selection of pastas that occupy entire aisles, pasta dominates the menu; seafood specialities sit beside the fish stall; you can dine on the famous Piedmont fassone beef before buying it from the pristine displays of prime cuts across the aisle. 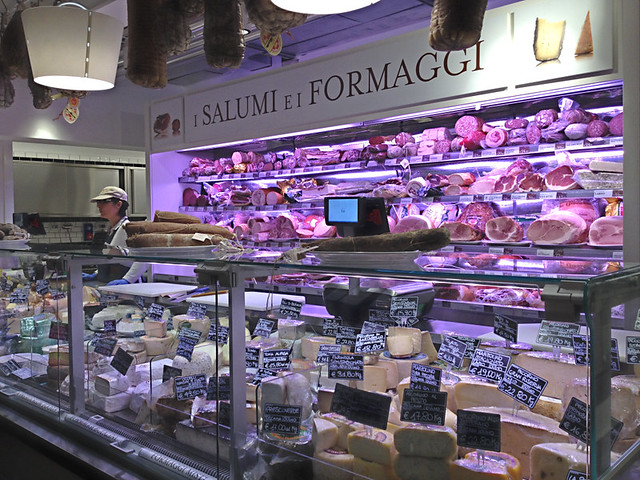 Although every product has its own label of information, and the staff at each section are highly trained and knowledgeable about their products, Farinetti wanted to go further. He wanted people to be able to learn how to prepare dishes the traditional way and to learn how simply good Italian food can be cooked. So every store offers cooking classes run by local chefs. Eat, buy, learn.

Wandering the displays, the aromas of freshly cooked Italian cuisine assail the nostrils at every turn. Beyond the racks of dried pasta, the smell of chocolate fills the air from a wall-mounted cascade behind the chocolate counter. As I stand in awe, my face must have betrayed my longing because the nice man behind the counter passed me a tiny cup of chocolate from the perpetual fountain. Continuing past the gelato café and the cakes, as the creamy chocolate cooled and began to thicken, I ate it from a spoon. 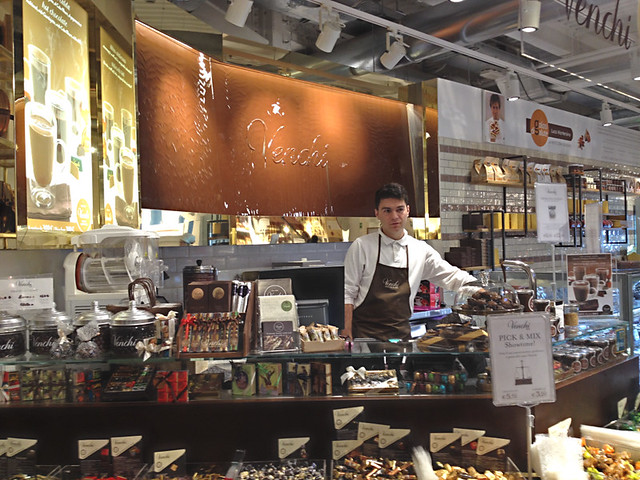 I left Eataly empty handed and heavy hearted, vowing to make time for Slow shopping in future. I wonder if Farinetti has plans to open a store in the Canary Islands…

I visited Eataly with the British Guild of Travel Writers as a guest of WonderfulExpo, the official tourist website of Milan and Lombardy.