Why have we never reviewed Lungo Mare in Zadar before I wonder? Maybe we subconsciously didn’t want to share it. It was the first place we ate in Croatia and I had possibly the best goat cheese gnocchi I’ve ever popped into my mouth. 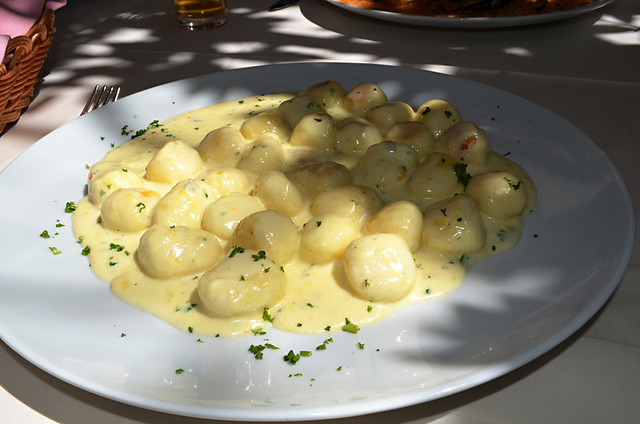 Lungo Mare
Had it not been late and had it not been recommended by Ivan from Amico Apartments where we were staying, we’d have probably ignored Lungo Mare in our haste to get to Zadar old town. It sits on sweet Maestral Bay, partly hidden by the trees that lend shade to its sunny terrace.

It’s a pretty spot, but Zadar’s historic streets 15 minutes walk away exert a magnetism that means there’s a temptation to rush by without paying too much attention to the surroundings. However, it was getting to that point where lunch was in danger of passing us by, so we took Ivan’s recommendation and sat in the sunshine of Lungo Mare’s outside terrace.

It felt comfortable, easy; one of those places where you knew almost immediately you were going to like it a lot. 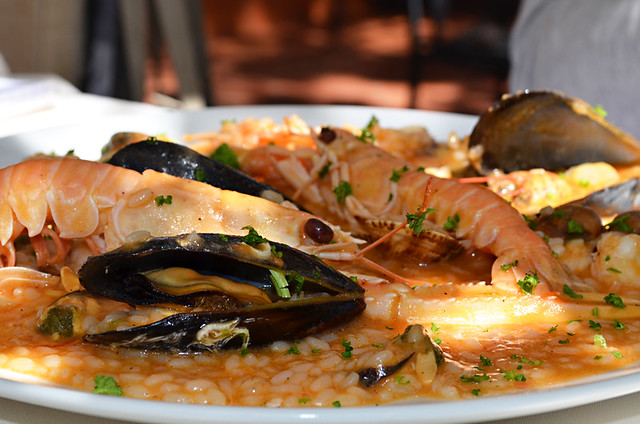 The menu is traditional, specialising in meat and seafood dishes as well as some tempting sounding pasta and rice dishes. It didn’t take us long to decide on the gnocchi and a seafood risotto with a couple of glasses of red.

The Food at Lungo Mare
I’ve already mentioned how good my gnocchi was – honestly, first bite was a ‘wow, that is good’ moment. Andy’s seafood risotto did its best to match my gnocchi for taste, and exceeded it in the looks department. The plate featured a mountain of seafood including a new one on us, kunjka, which required an explanation from the waiter who was only too pleased to show us how the odd shellfish ‘worked’. 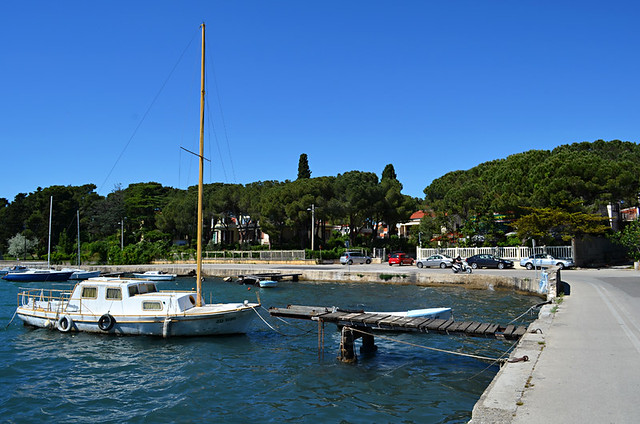 It was an exceptional start to our exploration of  the local gastronomic scene. We enjoyed it so much that we bookended our trip to Croatia with a return visit on our last night. This time we started with a couple of bowls of soup (probably a mistake as portions are generous) before opting for frogs’ legs in batter (me – because they were there) and Andy going for seafood again, this time with spaghetti.

Lungo Mare had been a most enjoyable and impressive introduction to Croatia and it was ideal for a relaxing way to end the trip, guaranteeing good food, friendly staff and even friendlier prices. 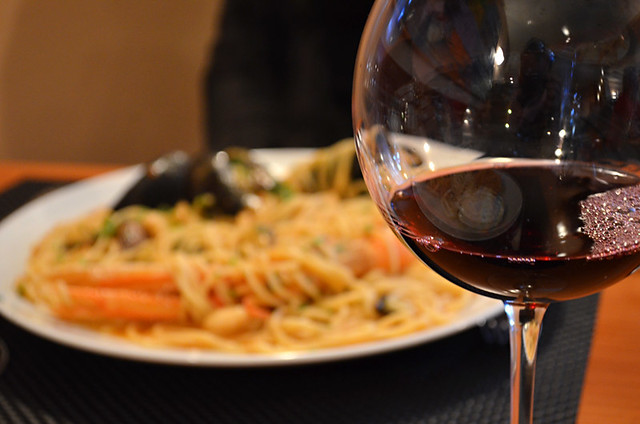 Forget the fact that Lungo Mare isn’t in the old town, make the effort to seek it out. It’s worth it.

Is this the Worst Waitress in Croatia?

There are a handful of restaurants in Pomena on Mljet. Most have full frontal views of a too-pretty-to-be-true emerald lake. One doesn’t… […]