Visitors have been flocking to the pretty village of Sirmione ever since the first Roman hitched up his toga and dipped a toe into the hot mineral waters of the Terme di Catullo. 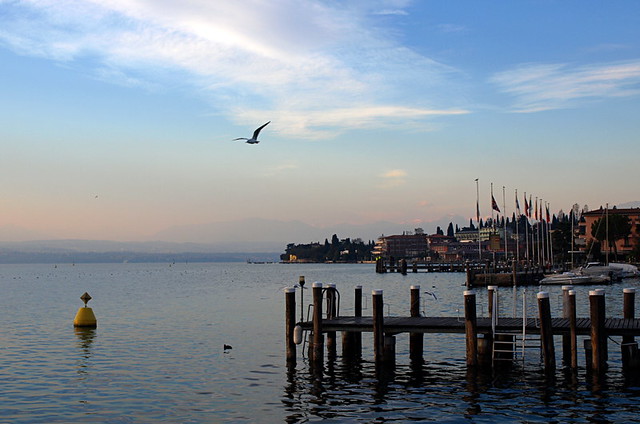 Located on the tip of a peninsular that juts out from the southern shore of Lake Garda, Sirmione is known for its health giving spa waters, its romantic sunsets over the lake and its benign climate. As one of the most picturesque spots on Lake Garda, it’s also known for its crowds. Visit in summer and you’ll find yourself swept along in a tsunami of day trippers with barely enough elbow space to raise a iPad into the air for a souvenir shot. But visit in spring and you’ll find a very different Sirmione, one where you can wander effortlessly across the drawbridge; contemplate the sunset in peaceful solitude and soak up the town’s famous hot springs without the madding multitudes. 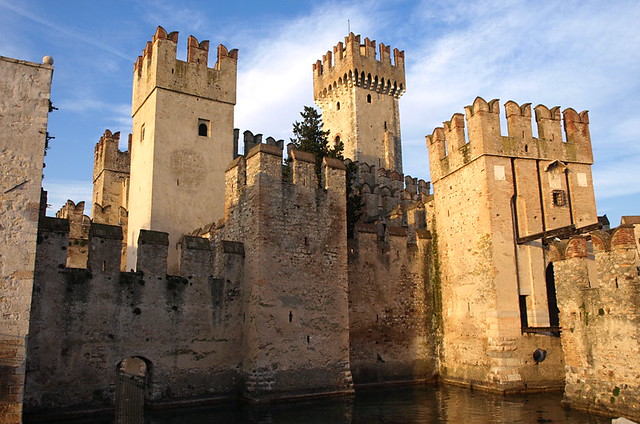 The entrance to the old town is via the drawbridge of the 13th century Rocca Scaligera castle, built by the Scaligera family to protect the east side of Lake Garda from their neighbours and rivals, the Visconte family of Milan. Appropriately, the drawbridge is still protected today, by the official who stops vehicles entering the pedestrianised streets of the old town. Trundling past, suitcases piled into the back of a little van make their way from a coach parked outside the town to the emblematic Hotel Sirmione while their owners make the journey on foot. The absence of traffic is one of the things that lends Sirmione its unique charm, the other is the distinctive whiff of sulphur that hangs in the air. 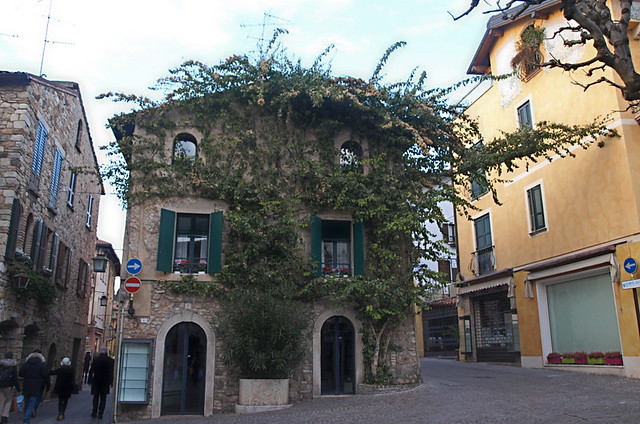 For centuries after the Romans had channelled it into the patrician villas of Grotte di Catullo on the very tip of the peninsula, the health giving force of the springs lay inaccessibly beneath the lake. It wasn’t until a Venetian diver named Procopio slipped into a rubber suit and managed to secure a pipe into the rock, that Sirmione was able to exploit its spa potential. Channelled from the Terme di Catullo natural hot spring which lies beneath the Grotte di Catullo Roman ruins, the water emerges from the rocks at a scalding 70ºC and contains a healthy mix of sodium chloride, bromine and iodine.

Ambling the quaint streets on a sunny, chilly January afternoon, the steam rising from the surface of the outdoor pool of the Aquaria thermal baths was an inviting sight, the mineral rich waters maintaining a constant 34º to 36ºC and attracting bathers year round. Outside of summer, pools are quiet and there’s space and time to relax and soak up the tranquillity along with the minerals. 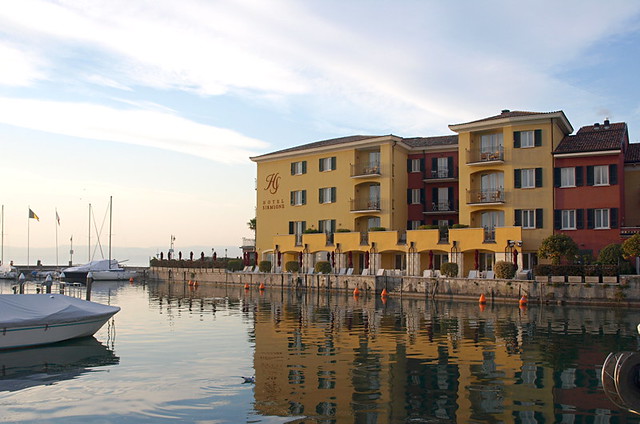 Occupying pole position alongside the castle, the marigold walls of the Sirmione Hotel look out over the beauty of Lake Garda, its waterfront balconies affording the perfect vantage point from which to enjoy a glorious sunset. Classically Italian design, spacious bedrooms and its own thermal spa provide the ideal base to spend a couple of days exploring the town and the Roman ruins of Grotte di Catullo; strolling or cycling the lakeside paths and taking a trip on Lake Garda. And with rates up to 25% lower in spring, it’s an affordable weekend break. 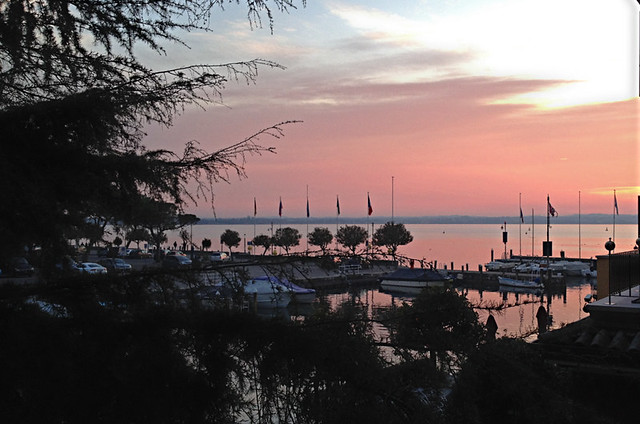 Sirmione is easily accessible by car as it’s close to the motorway network. Alternatively, take a train to Peschiera or Desenzano, both around 10km away, from where you can catch a bus or jump on a ferry to Sirmione. The nearest airports are Brescia (37km) and Verona (34km).

Buzztrips visited Sirmione with Brescia Tourism and as a guest of WonderfulExpo, the official tourist website of Milan and Lombardy.

Travel moments, bridging the language gap in Soriso in Italy

In its day, the hotel has been immortalised in paintings by Rudolf Van Alt and Gustav Klimt so to describe its aspect as picturesque is not overstating the case… […]