I have to confess I ordered a steak haché in a cosy, cool little brasserie in Beauvais because I thought I was asking for a local dish that had been concocted in the bourgeois streets around us.

There was sound logic in my reasoning.

The brasserie was located on Place Jeanne Hachette. H-A-C-H-E-T-T-E; surely a connection and the inspiration for the name.

I didn’t know what a steak haché was. But it was late, we were hungry and I had to make a hasty decision as there was a definite vibe that the brasserie was coming to the end of its shift (it was only 9.30pm, but French town dining hours are a lot more restricted than we’re used to).

Anyway, I wasn’t disappointed with what arrived in front of me although I still wasn’t sure exactly what it was. A steak that wasn’t a steak or a burger that wasn’t a burger? I guess the answer is a bit of both. The block of meat was accompanied by chunky, crispy chips coated with a light dusting of paprika and a couple of pots of smoky ketchup and creamy mayonnaise with a side jar of French mustard to round things off. 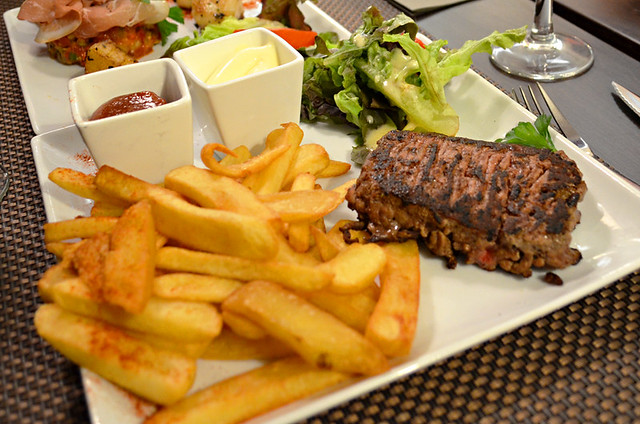 The steak haché’s indefinable character fitted the ambience and décor of the brasserie in the Hotel Victor perfectly; pleasing to the eye and slightly curious.

A bit of digging has since confirmed that the steak haché was what it looked like. Minced beef that has been shaped into a patty.

This added to my belief that it was a local dish. Again, sound logic was involved. In the centre of the square stood a statue dedicated to the person it was named after; Jeanne Hachette (which roughly translated means Hatchet Jean). Jeanne was a peasant girl who helped, with the liberal swinging of her axe, prevent the town’s capture from invaders in the 15th century. 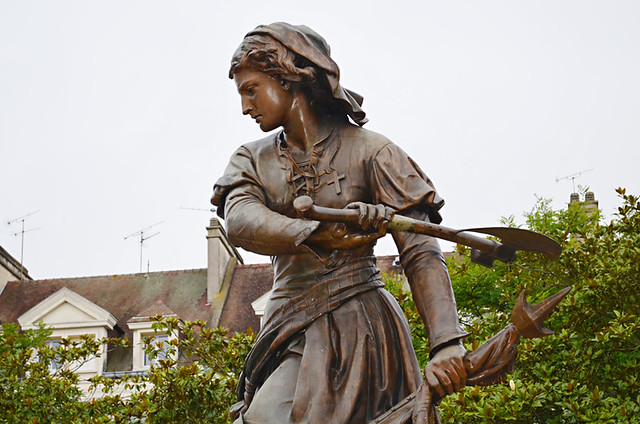 The axe made sense to me. Obviously after the battle Jeanette had gone home famished after the effort and, using her axe as a kitchen utensil, had chopped up some meat to make patties. Hey presto, the steak haché was born.

Except that’s all utter nonsense, the steak haché has no connection with Beauvais or the axe wielding freedom fighter and is available throughout France. I’d simply added two and two together and came up with a fictional number. But it seemed totally plausible at the time.

Despite its patty-like appearance, the haché is not a burger. It is a steak that has been minced and turned back into a steak again. I’ve read that no self-respecting French butcher would have mince or burgers on display. The discerning French shopper wants to know exactly what meat goes into their patties, so the steak of their choice is minced in front of them. 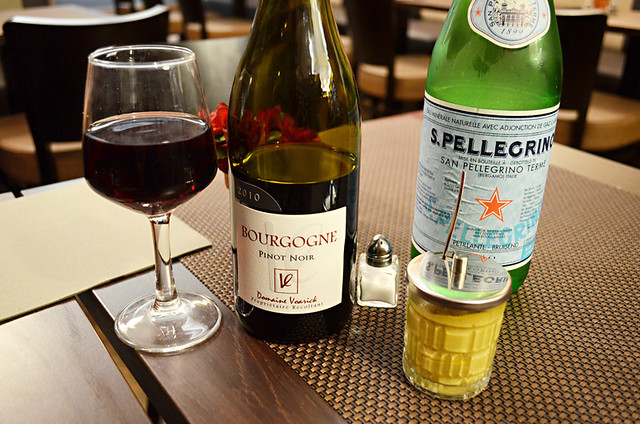 One of the main differences between a haché and a burger is that the beef in a haché shouldn’t be corrupted by seasoning or the addition of other ingredients, it should be 100% beef. Any seasoning takes place during the cooking process.

In the end, the question of whether it’s a burger or something else is a bit of a moot point. All that’s really important is that it tastes good. And it does. With a dollop of mustard to liven it up, this upmarket French ‘burger’ is merveilleux.

The Castle that Haunted me in Tarascon

Tarascon Castle is a grand example. It still looks impenetrable, towering above the Rhone to keep a watchful eye on its neighbour and rival, Beaucaire… […]