Quite a few years ago, when we were wearing particularly thick rose-tinted glasses, we had a discussion with a Canarian friend about the beauty of the Canary Islands. Although she loved the islands she took us to task for describing towns as being beautiful, pointing out that even the best of them didn’t hold a candle to the Medieval towns of mainland Europe. How could they? The Canary Islands are no older than Columbus’ America. The oldest edifice in the islands can only boast a heritage that goes back 500 years as opposed to millennia.

She was right. One of the most picturesque towns in the Canary Islands, Garachico, pales into plain Jane-ness when compared with the likes of Besalú in Catalonia or Halstatt in Austria. 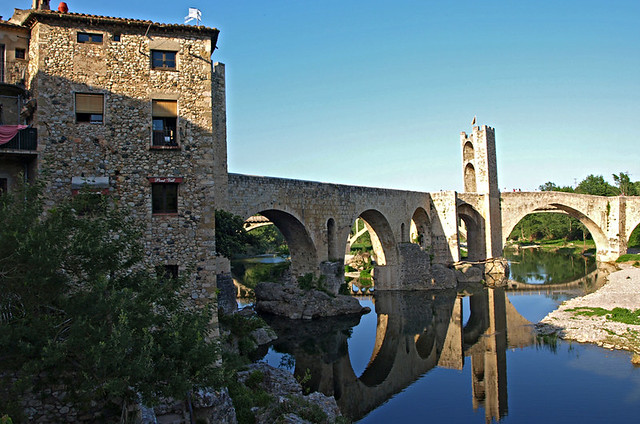 But neither is it fair to compare the historic towns in the Canaries with their mainland equivalents. Their charm comes from a different well, one which was constructed by a mini united nations of explorers, adventurers, merchants and colonists. Various architectural influences have resulted in a legacy of colonial towns and districts with streets which are rather unique.

Their original designs in the 15th century owed much to the influence of mainly Portuguese and Andalucian settlers as well as Castilians from Extremadura. Most were simplistic agricultural abodes, evolving in style and grandeur as the centuries passed and colonists made their fortunes. An eclectic mix of humble cottages and noble townhouses can still be found in traditional areas across the Canary Islands, sometimes in bigger towns and cities whose historic attractions are well known to visitors, at others in villages and hamlets which still lie off the beaten track. 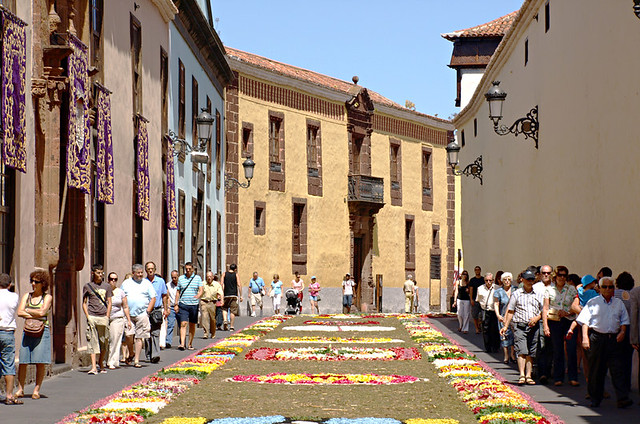 The most famous example of perfectly preserved colonial streets in the Canary Islands is in San Cristobál de La Laguna on Tenerife. It is so perfectly preserved the old town is a UNESCO World Heritage Site. Within the old quarter 627 buildings are classed as having preserved status, 361 of these were built between the 16th and 18th centuries. It’s a university city, so it’s historic but with a youthful vibrancy. 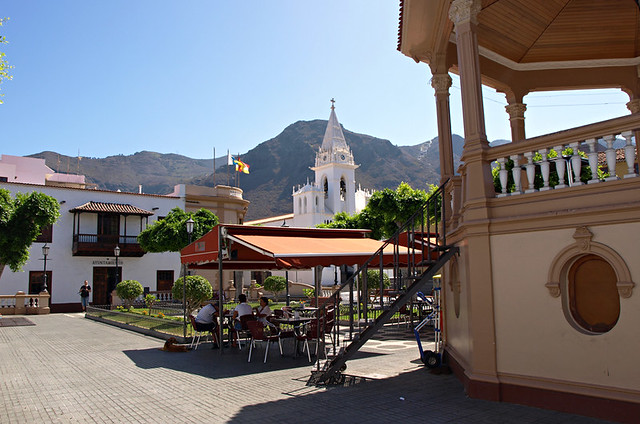 Remaining off the beaten track, Los Silos in Isla Baja was founded by Portuguese, Castilians, Genoese and Catalans in the late 15th century. The colonial streets spread out from a central plaza with a church, Nuestra Señora de la Luz, unlike any other on Tenerife. This not very well known town plays host to an International Storytelling Festival each December. 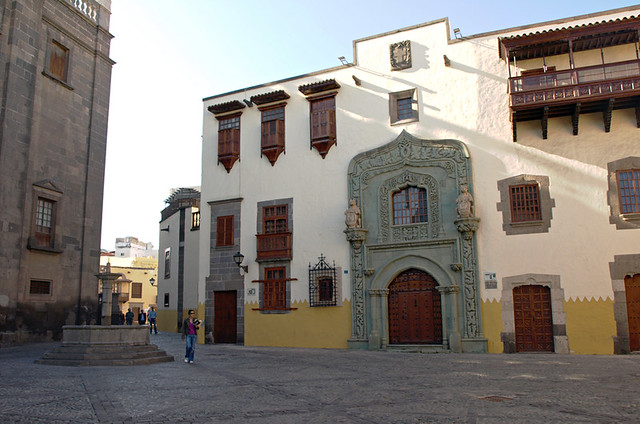 For centuries, since it’s foundation in the late 15th century, Gran Canarias’ capital Las Palmas de Gran Canaria was confined to two districts, Vegueta and Triana and this is where the best examples of colonial architecture are to be found; it’s also good for a tapas crawl and some decent live music bars. 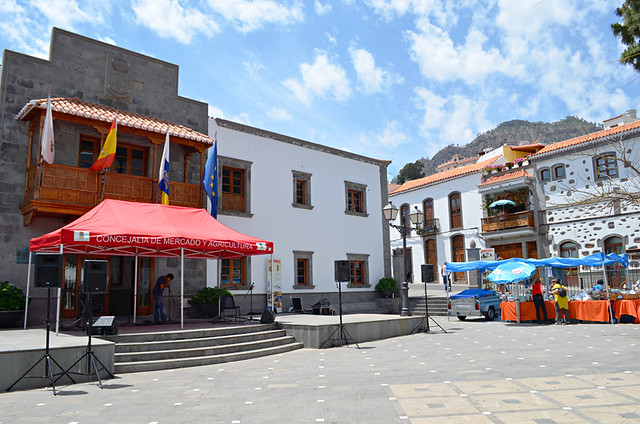 This town with two names, San Bartolomé de Tirajana and Tunte, was the location of a battle between the island’s aborigines and the conquistadors, with the locals winning against a better equipped army. A signposted route leads to all the historic points of interest, including the most beautiful street in the village… which you probably wouldn’t find without the way being pointed out. 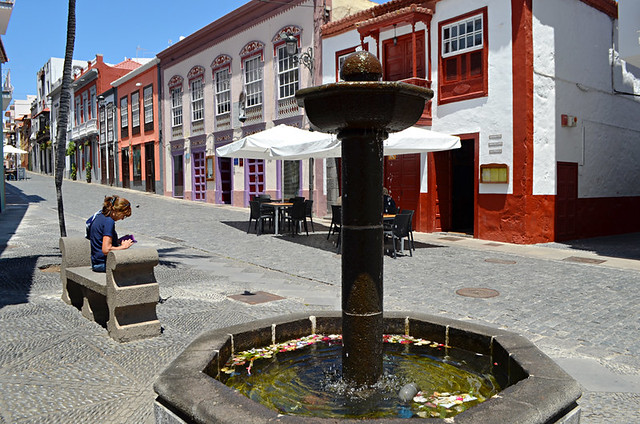 One of our favourite ‘big’ (a relative term) Canary towns, Santa Cruz de La Palma was razed to the ground by French pirates in 1553. That’s obviously not particularly good news. But every cloud has a silver lining. The town had to be completely rebuilt more or less from scratch which means there’s a colonial consistency to the architectural style which isn’t found to the same extent elsewhere in the Canary Islands. 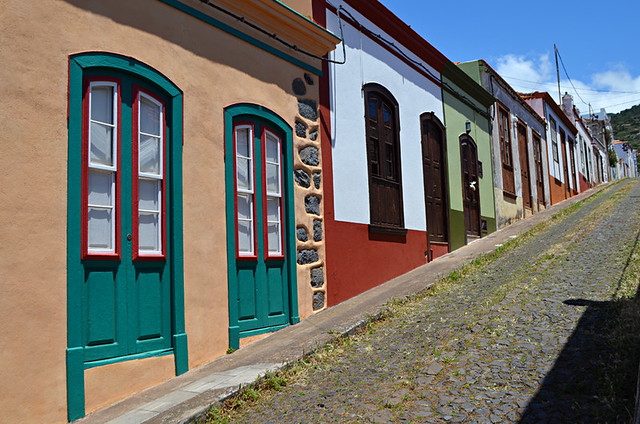 La Palma’s colonial buildings tend to be more colourful than those on other Canary Islands. There are a few places where this is evident, one of the least well known being Santo Domingo in Garafia, a town which was isolated for centuries, the main road not connecting it with the outside world until the 1960s. This was an area settled by wealthy Portuguese Jews who’d been expelled from Portugal in the late 15th century. 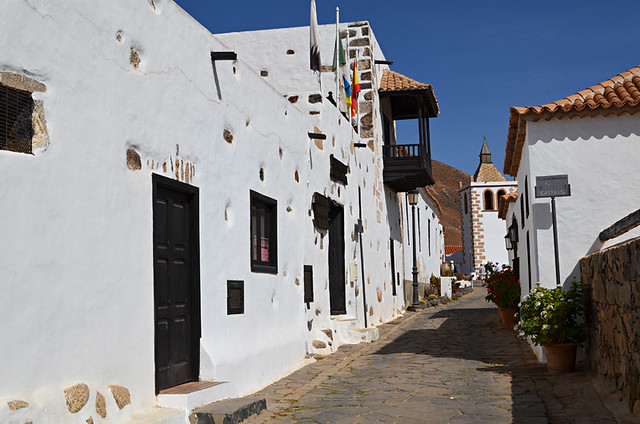 Big is relative once you move away from the more populated Canary Islands whose history tends to be richer. Founded in 1404, postcard pretty Betancuria is one of the oldest Canarian towns. Nowadays it’s one of the biggest attractions on Fuerteventura with excursionists filling its picturesque immaculate streets during the day. After dark it’s a ghost town. 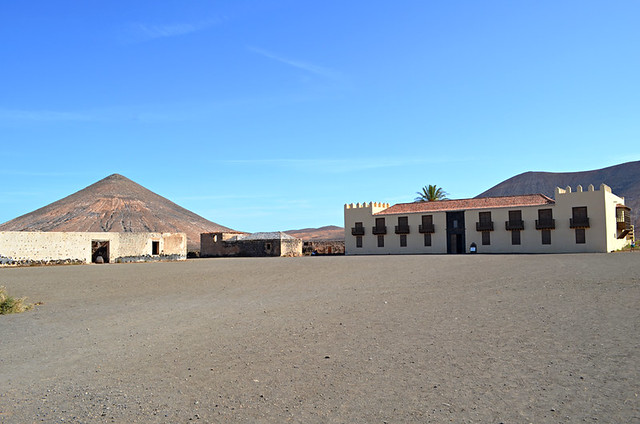 La Oliva, thought to be named after the wild olive trees which thrived here, is more sprawled out than most historic Canarian towns. There’s more of a colonial North African outpost about it as a result, especially around the 17th century Casa de los Coroneles. 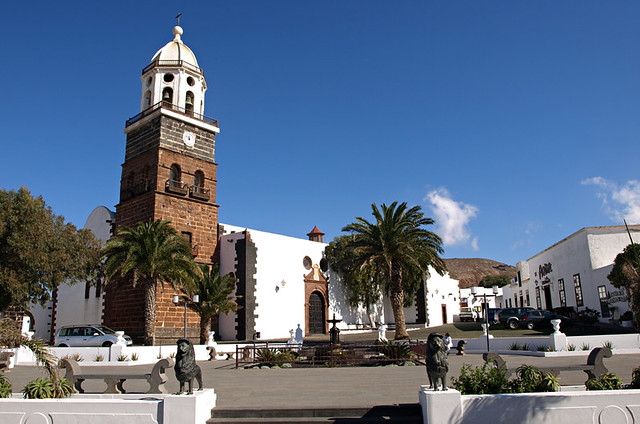 Teguise, with its hilltop fort, whitewashed buildings and maze of streets is one of the most attractive of the historic towns found on the Canary Islands. It was Lanzarote’s capital until 1852 and deserves a visit, but maybe not on market day when it draws hordes of handicraft seeking visitors. 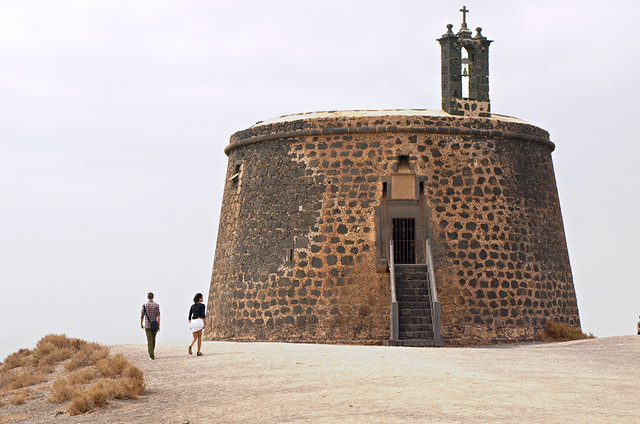 With a low Canarian population, Lanzarote isn’t the best island for finding lots of examples of colonial architecture. Yaiza beside Timanfay National Park claims to be one of the best preserved villages in the Canary Islands. In all honesty it didn’t leave a lasting impression on me as being in the same league as other historic towns on other islands which is why the photo is of Castillo de las Coloradasa on the coast in the municipality of Yaiza rather than of the town. 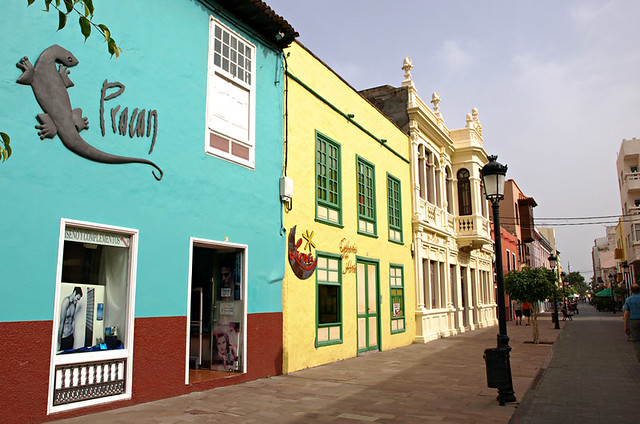 La Gomera is perfect for walking holidays but not so great for pretty, historic towns. San Sebastián de la Gomera is the biggest and Columbus stopped off here to stock up on water, and have a romantic dalliance perhaps. The older quarter of town has colonial houses, but it doesn’t have quite the same charm as traditional towns on other Canary Islands. 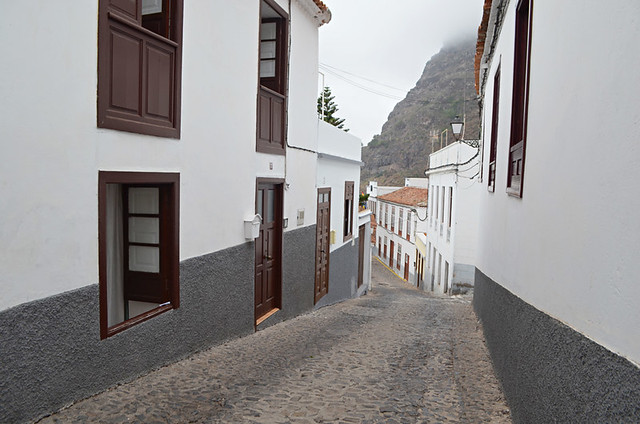 Agulo is another Canarian village which claims to be one of the best preserved in the islands. For me it is probably the most charming village on La Gomera due to its clifftop location and also because there are plenty of examples of colonial buildings. It’s name comes from either the aboriginal word for waterfall, a Berber town of similar name, or a term used for a ‘cut-off’ place. Take your pick as nobody can say for sure. 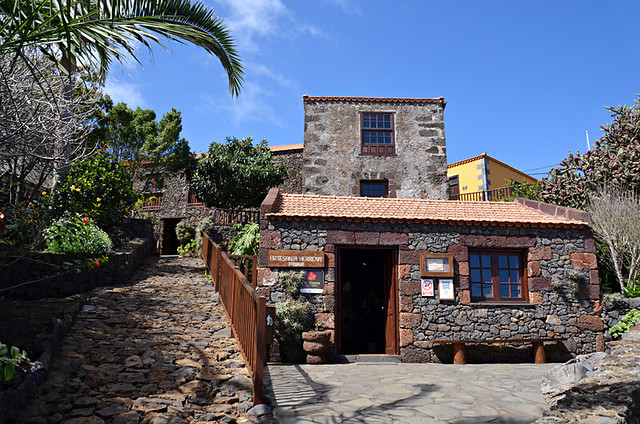 The most magical of the Canary Islands is possibly the poorest in terms of colonial architecture. Capital Valverde is best bet, but there’s nothing which really stands out. 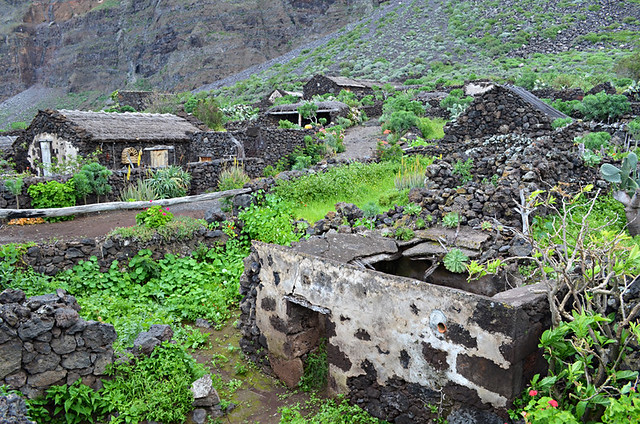 What El Hierro does have that other Canary Islands don’t is the best example of very early colonial architecture. Guinea in the El Golfo Valley is colonial in the purest sense in that the basic hamlet of stone huts with thatched roofs was home to very early colonists. It might not boast the most elegant examples of colonial architecture, but it does have some of the most evocatively interesting and as such is now an Eco-Museum. It also has giant El Hierro lizards. We’re not talking Komodo dragon sizes, but impressive enough.

These are only meant to serve as examples to counter views of the Canary Islands being simply made up of soulless tourist resorts. There are many, many more towns with colonial districts to be found across the Canary Islands, many of which remain strangers to the millions of sun-seeking visitors who worship on the archipelago’s beaches each year.