For weeks it dominated our view, the most marvellous looking of towns perched on a rock rising above the Alentejano plains; a centrepiece landmark visible for miles.

Marvao, considered one of Portugal’s prettiest towns, lay virtually on our doorstep, around 10km and a 15 minute drive away. Yet after four weeks of living with it as a neighbour we knew we really ought to visit, we hadn’t done so. It’s hard to say why. Even from a distance it was easy to see how it had earned a reputation as one of the most picturesque villages in the land. Maybe that was part of the problem. Over days and nights of admiring its obvious beauty from our terrace, expectation was as high as Marvao castle lording it over the Alentejo countryside. Higher… too high possibly. 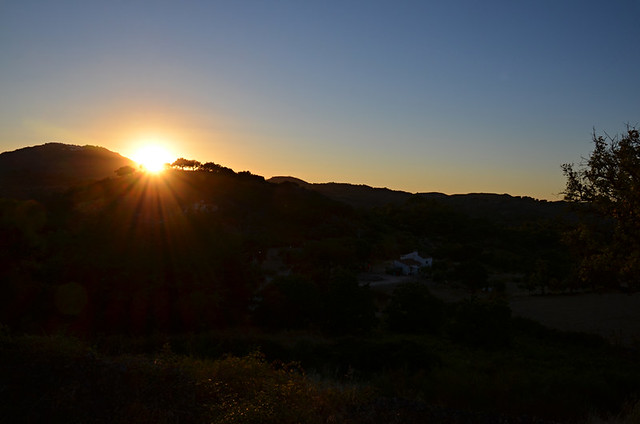 It had also been the sort of summer where it was so hot we tended to spend the day huddled in the shadiest of places in a bid to stay, whilst not cool, at least alive. Any venturing into direct sunlight (e.g. essential shopping) was done as quickly as possible, with no hanging around in case we spontaneously combusted. Sightseeing trips had been shelved until conditions were more bearable.

On a June day where the heat had abated to the point we actually needed to wear light fleeces, we finally took to the country road which led to the castle in the sky, climbing past small farms, cork trees and shepherd’s huts with thatched roofs shaped like wizards’ hats. 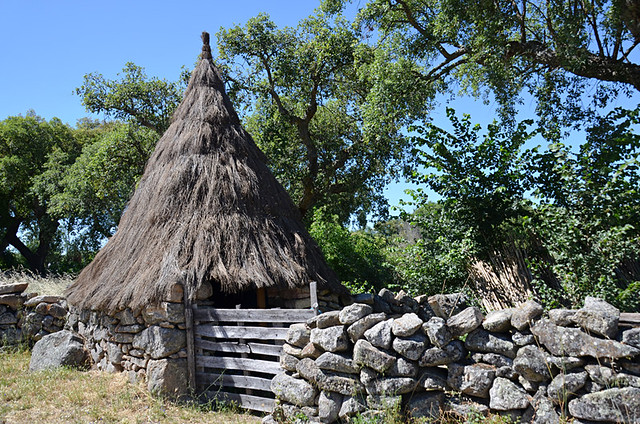 We’d been told we could drive right into the walled centre, but the huge and empty car park outside the town’s walls appealed far more than negotiating an archway entrance which was less wide than a condor’s wingspan, nor the equally narrow cobbled streets beyond. It was a good call.

Despite the picturesque town tag, the old town was virtually deserted as we stepped through a portal into what had once been a Moorish stronghold but which was now a peaceful paradise in the sky – cobbled streets spread outwards in a V, narrowly twisting their way past pretty white cottages with orange tiled roofs. It was immediately evident Marvao was as much of a stunner up close as it was from a distance. Expectations had been well and truly exceeded. 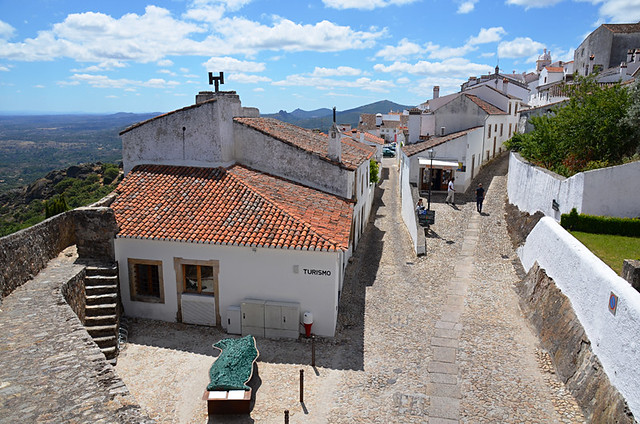 Two routes led to the castle, one soared upwards along the protective walls, reminiscent of the surprisingly steep steps of the Great Wall of China. The other climbed gently through the town. We only discovered it climbed gently on the way back down, after we’d huffed and puffed our way along the wall, ducking every so often to avoid low flying swallows or swifts (I always get the two mixed up).

With each step, the view of the town and countryside way below just got better and better. The old stone wall was also an excellent vantage point for spotting nooks worth exploring later. At one point we tried to pick out our temporary abode tucked into the valley folds somewhere not so far away. As there aren’t that many houses in those valleys, it’s not as difficult a task as it might sound. 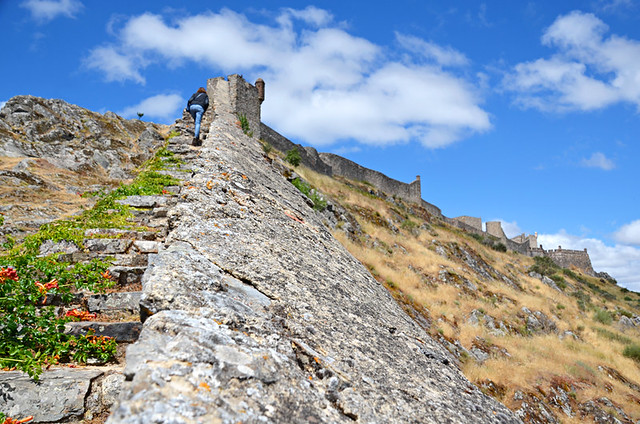 As we reached the summit (aka the castle entrance) we were treated to a completely unexpected surprise; an immaculate, Italian style garden with neat dwarf hedges and scented blooms lay between the castle and the town’s church, the Igreja de Santiago. The vista across the little garden and pretty town to golden planes and green hills beyond was of the sort to make a heart soar as high as the kamikaze birds which had insisted on playing chicken with us as we’d scaled the walls. It was an instant and exuberant natural hit. 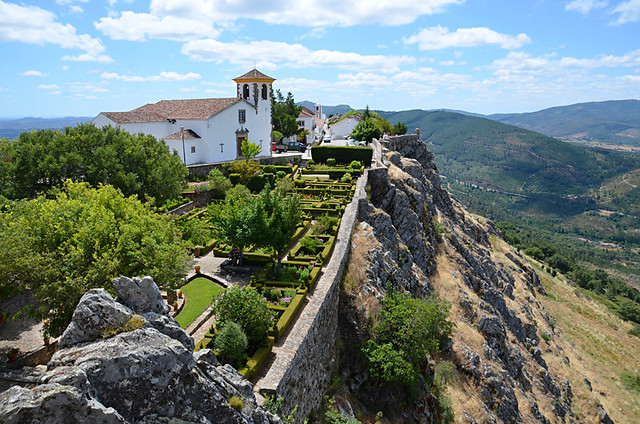 Our return route to the car park was a meandering affair, ducking down alleys and through arches whenever anything interesting caught the eye. We made a mental note to return after dark to a wine bar with what must have been the best bar views in the Alentejo; clocked the most interesting looking dishes (piglet’s pastry) on menus in the handful of restaurants within the walled town, and popped into a tiny supermarket which sold cheese, honey, wine and dried mushrooms. 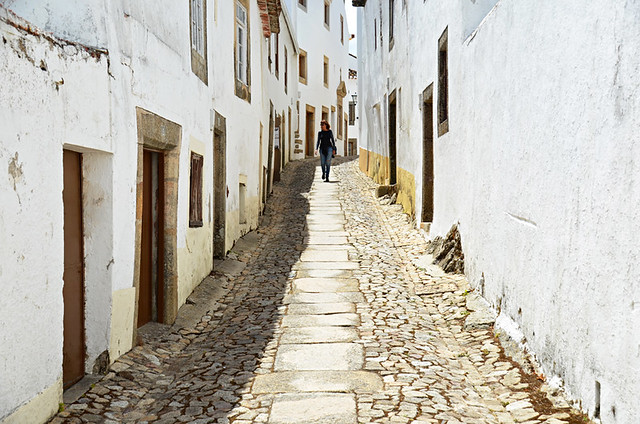 We’ve visited plenty of picturesque towns and villages in our time, too many of which where the balance had slipped from residential to just tourist attraction. As well as being one of the most beautiful small towns we’ve visited, Marvao still felt like a real place and was all the more charming for it.

It took us four weeks to visit Marvao. Our second visit was after four weeks and two days.

There are three major differences between jumping on a red tram in Lisbon and squeezing onto the iconic number 28 which shakes, rattles, and rolls its way around the streets of Portugal’s capital. […]