Walking through the grandiose vestibule of the Marionette Theatre in Salzburg to watch puppets perform The Sound of Music unlocks a mix of contrasting emotions. 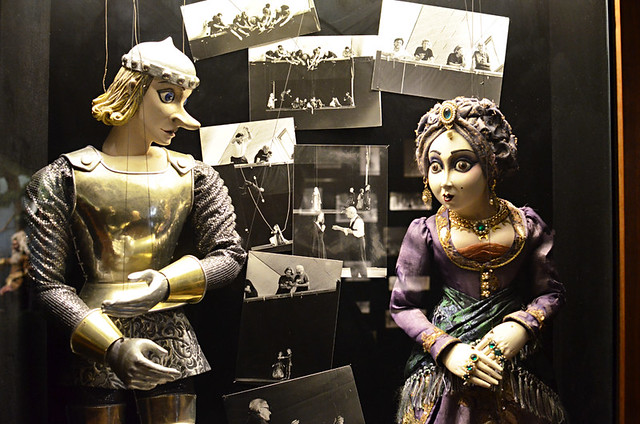 On the one hand the theatre feels like it’s got plenty of potential as a Twilight Zone/Hammer House of Horror setting. On the other, the opulent décor, props, paintings and dangling puppets are at delightful odds with a time when technology has reached a stage where it can sometimes be difficult to separate real humans from computer generated ones.

It feels like stepping back into another world at another time. It could easily still be 1913, when the puppet theatre first opened its doors. 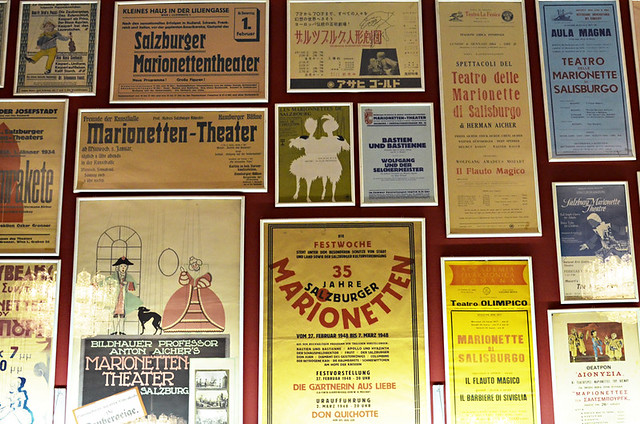 When the lights dim on a nearly full house of Austrian and international theatre-goers of all ages and puppet Maria discovers ‘the hills are alive with the sound of music’, I’m initially distracted by watching how the puppets move and interact. Then, once the novelty eases (but doesn’t disappear entirely), I get caught up in the story itself. The performance more or less follows the route of the movie version and includes all the jaunty numbers.

I’ve totally relaxed into the familiar tale of the singing nun and the Von Trapp family when the tone changes with a jolt of a scene that is a lot darker than any I remember from the film.
Watching puppets perform a musical had been intriguing enough, watching them perform The Sound of Music when we’re actually in Austria adds a surprising poignancy.

The performance lasts for an hour and three quarters, finishing with ‘end of credits’ scenes that are enlightening and nearly as enjoyable as the musical itself (you’ll have to go to see what I’m talking about). 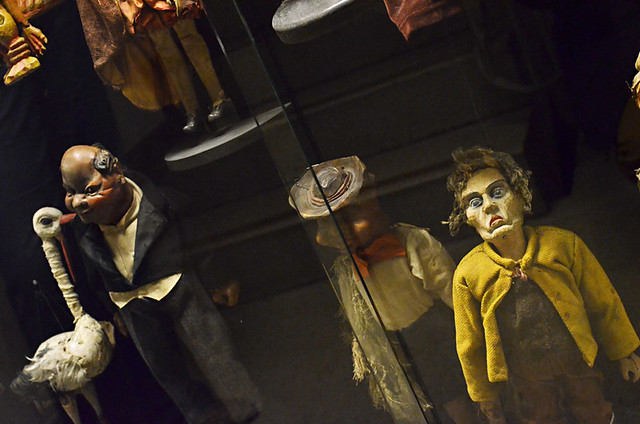 Behind the Scenes at the Marionette Theatre
As the theatre empties, we hang about for a brief backstage tour with puppeteer (and Mother Abbess) Michaela Obermayr. Despite being exhausted following the performance and with a tour starting the following day (the company regularly tours the world), Michaela seems re-energised as soon as she starts telling us about the theatre, the marionettes and the passionate and skilled puppeteers who build the sets, create the puppets and bring them magically to life on stage. 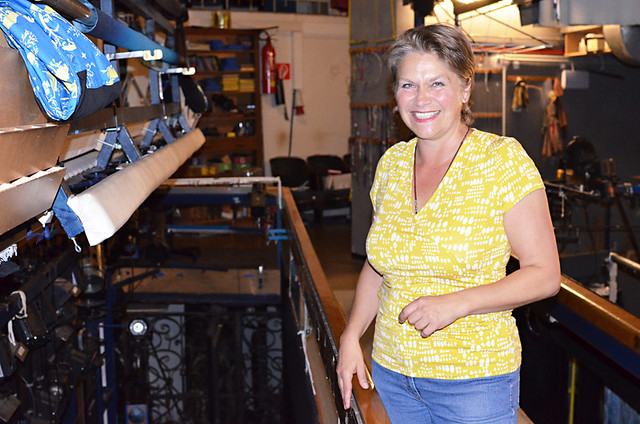 Passion has kept the theatre alive through two World Wars, economic crisis and an ever changing changing world.

We walk above a stage that is significantly smaller than it seemed from the galleries, Michaela tells us tales about the potential perils of puppeteering – broken strings, crossed wires. When you see how small the space the puppeteers have to work in actually, you realise what magic they perform. There are twelve puppeteers and there can be up to ninety puppets required for any one production.
In this tiny area great classics are played out in miniature – The Magic Flute, Die Fledermaus, The Nutcracker, Peter and the Wolf, Alice in Wonderland. 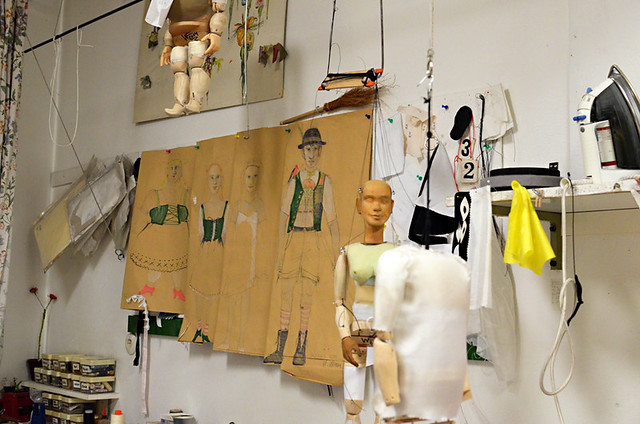 Our final port of call in the theatre is a room where the colourful cast of characters ‘live’; nearly five hundred of them. The puppets are quite beautiful up close, with wonderfully detailed features.
It is a wondrous palace of puppets and quite enchanting, even if the feeling that hundreds of lifeless eyes are following us around the room as we explore is also rather disconcerting. 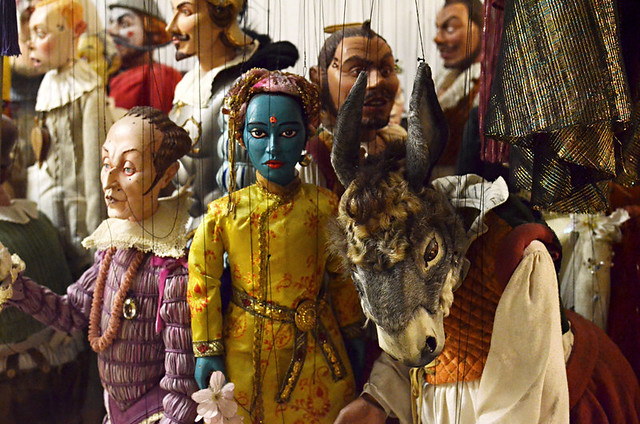 Beforehand, I wasn’t sure how much I’d enjoy a musical performed by puppets. But I found it to be good fun and absolutely fascinating, with the unusualness of the theatre itself and its quirky appeal adding to the whole experience.
However, I will now have ‘doe, a deer, a female deer…’ dancing around my head for weeks. 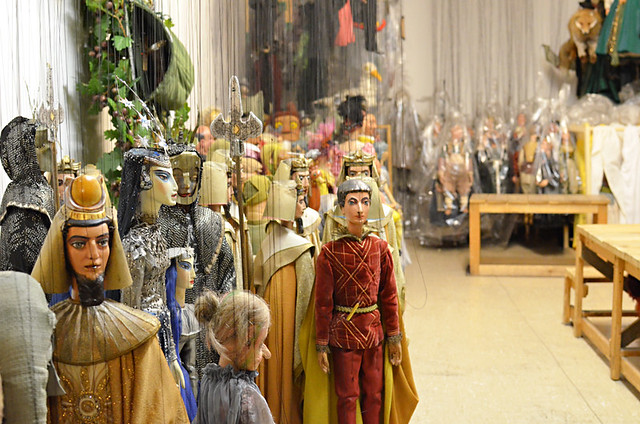 Buzz Trips visited the Marionette Theatre as guests of Salzburg Tourist Office. If you fancy a Marionette Theatre experience in Salzburg, here’s a link to the website where there’s lots more information about the theatre, planned performances and ticket prices.