Writing about hotel bars this week, I made a reference to convivial inns. The person responsible for editing the piece questioned the use of the word inn as opposed to hotel bar or lounge.

For me, there’s a difference the width of the Persian Gulf between an inn and the average hotel bar/lounge. 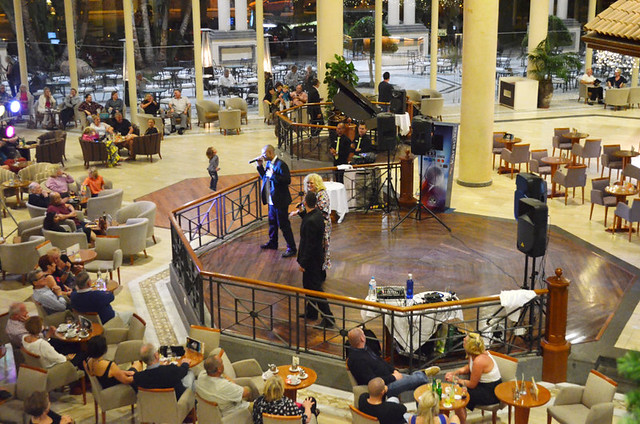 Here’s what I see in my head when I hear the term hotel bar lounge:

These are extremes, but many hotel bar lounges fall into a version of one of those two categories. 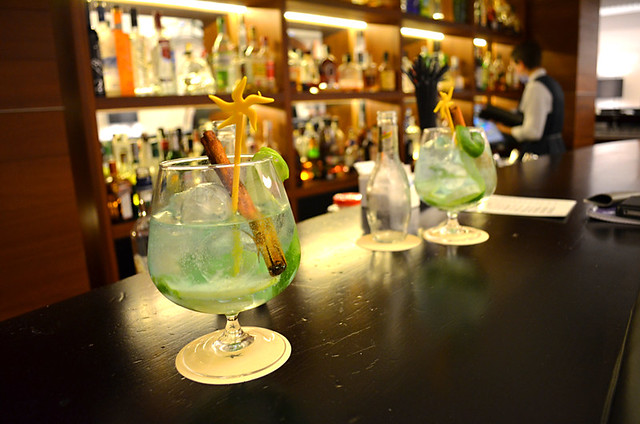 Over much of the last decade we’ve stayed in between 30 and 50 hotels a year, and I can count on the fingers of both hands how many have had what I’d call a ‘proper’ bar.

One of these was the lovely curves of the walnut bar at the Hotel Grand Mencey in Santa Cruz on Tenerife; a place frequented by Santa Cruceros, local politicians, and guests. They serve a mean G&T at the Mencey; a bit too mean. We were introduced to Michelin star chef Yolanda Leon there and when she said, “I believe you write about gastronomy?” I misheard and answered “Astronomy? No, not really.” I blame it on the generous gin, not helped by the conversation being in Spanish. 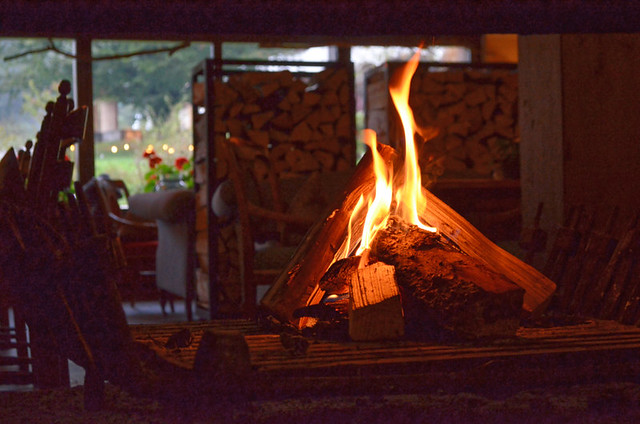 The tavern at the Berghotel Rehlegg at Ramsau in Bavaria stands out because it felt like a Bavarian pub with its pine furnishings and roaring fire where we could warm the toes while sipping Bavarian ale after a climb to the blue glacier at Blaueishütte or an explore of the Wimbach Gorge.

City hotels tend to be better places for finding ‘proper’ hotel bars. In a bustling hotel pub in Beijing, we were accosted by a flustered businessman who asked us read out an important document in English he’d just received but couldn’t actually read, even though he could speak some English. In our hotel in Singapore’s Chinatown, many of the punters in the dark and packed bar drank from bottles with their names written on them. At the end of the evening, the bottles were locked away until the next time its owner frequented the bar. 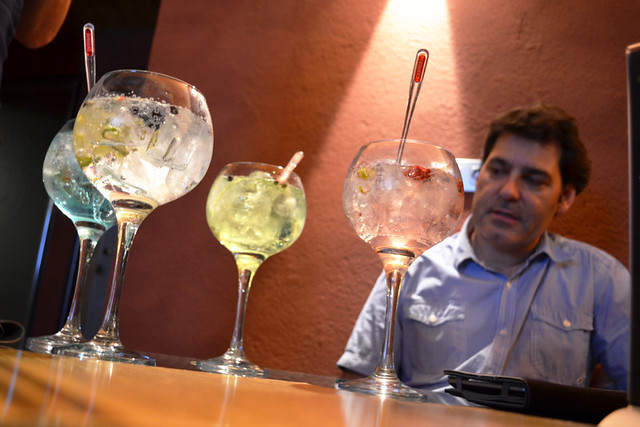 Smaller hotels in rural areas can have equally congenial bars. At Hotel Els Caçadors in the Spanish Pyrenees, the owner reintroduced us to the diversity of gin on its rooftop bar at midnight, when we had a long walk ahead of us the next day. At Hame on Skye, the bar lounge looked like a big sitting room, but the feel and banter were more in line with a friendly inn where locals popped in for a wee dram, including a fascinating whisky-maker who preferred to drink gin – maybe a whisky after work was too much like a busman’s holiday. 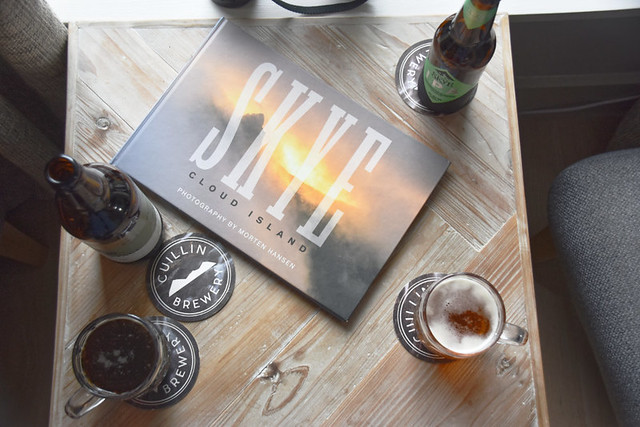 So, was the inn mentioned at the start a proper bar or a hotel lounge? Here’s how the owners describe the people who frequent it:

Definitely not the average hotel lounge affair then.

Fronted by the neighbouring Canary Island of La Gomera which provides the stage for the sun’s nightly adieu performance, and occupying the best seats on the island for views of the monolithic cliffs of Los Gigantes, when it comes to fabulous Tenerife coastal vistas, the four star Hotel Barceló Santiago holds pole position. […]