Portugal’s tourism is on the rise, and as a city break destination, its two great urban centres of Lisbon and Porto are shining beacons for European and trans-Atlantic visitors. Lisbon is Portugal’s most visited city and is well known as one of Europe’s top city destinations but Porto is hot on its heels in popularity and was named European Best Destination for the second time in 2014. 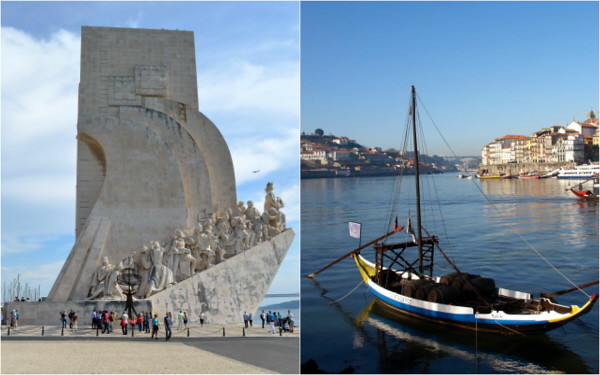 Budget airlines fly frequently to both Porto and Lisbon from multiple European airports, and with flight times of between two and three hours, and efficient airport to city hook-up connections, both make ideal weekend getaways. We take a look at their relative merits.

Lisbon
With its Mediterranean light and climate, Lisbon feels like a sunshine getaway and holiday destination as well as a vibrant city. Its streets are teaming with visitors for much of the year and it has a lively, constant, cosmopolitan buzz to it. An amalgam of districts ranging from the maze of cobbled streets of Alfama to the wide open space of Belém, Lisbon is like half a dozen cities rolled into one and you move through architecture and history as easily as you step from tram to pavement. Although straddling the Tagus, the city only allocates cameo roles to its river, but its presence helps to create the special light that seems to envelope Lisbon. 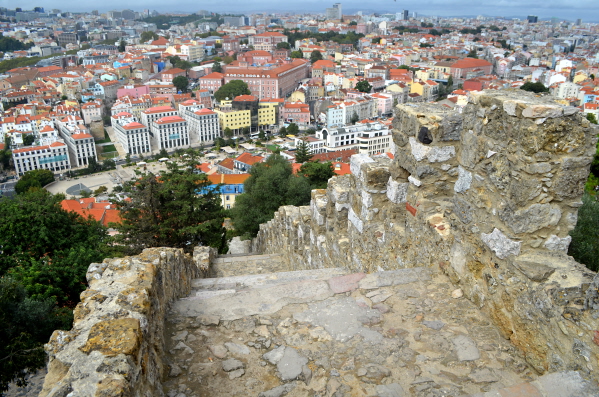 Must-see attractions begin at the Castello San Jorge and trickle down through historic streets lined with shops, cafés and half hidden fado houses, to the more contemporary river front, and on out to the district of Belém. This is a city whose streets cry out to be meandered, stopping to enjoy a coffee and a Pasteis de Belém en route, and riding the number 28 tram (if you can squeeze onto one) around its iconic sights. There are museums, castles and parks aplenty to enjoy in between simply experiencing the constant life force that flows through its streets. 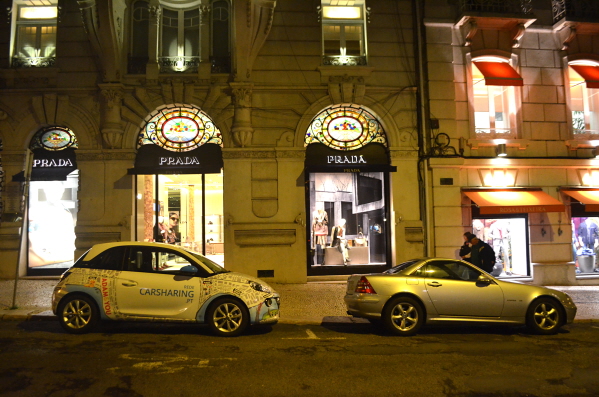 Shoppers will want to sell up and move permanently to Lisbon where you can spend days browsing antique and curio shops; second hand and retro clothing stores housed in converted 19th century palaces; and bustling farmers’ markets; or head across town to Liberdade where Prada, Emporio Armani and Luis Vuitton are waiting to welcome your credit cards. Foodies will love the street cafés, the pastelerias and the traditional restaurants of Bairro Alto, not to mention the food markets like TimeOut. 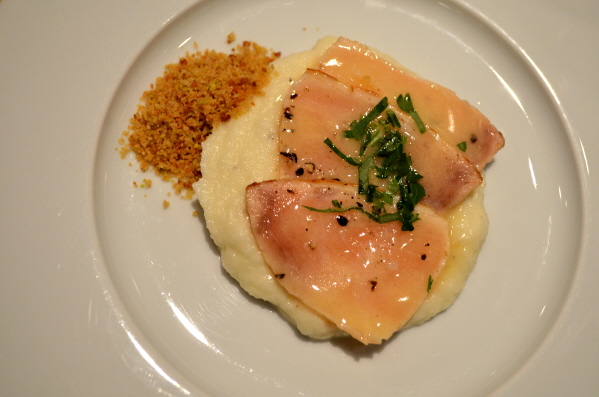 Party people already know of Lisbon’s famous Bairro Alto where the streets are rammed with drinkers pouring out of charismatic bars, and the Santo district down by the docks where those with the stamina linger to watch the sunrise before heading to bed. But it’s not all hi-octane, there are plenty of quieter bars and authentic fado to be enjoyed, away from the tourist traps. 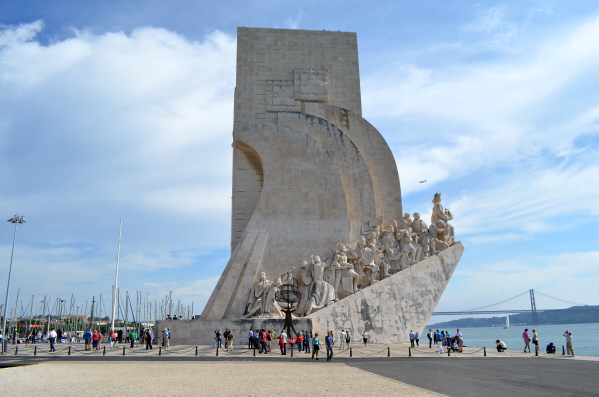 And if you grow weary of the city, the palaces and gardens of Sintra are a mere, short train journey and a million miles away, with space to breathe and recharge the batteries.

Porto
Porto is northern soul to Lisbon’s southern comfort. There’s a moody light playing across its landscape giving it the gravitas and drama of a city more intent on work than play. Grandiose buildings stand guard over vast praças, their ground floors occupied by chic cafés and avant garde shops. Unlike Lisbon, the river Douro plays a leading role in Porto’s life. Pavement cafés and restaurants line the river banks opposite the famous sherry houses and beneath the gaze of tenement blocks where lines of washing hang over decadent, azuelos-tiled façades as the prying eyes of cruise boat passengers sail by. 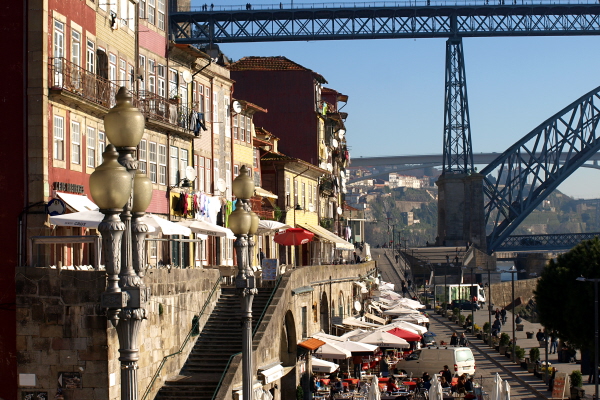 Visitors will find themselves constantly travelling between river front and city centre. Riding the funicular up above the Dom Luis bridge and the warren of red tiled roofs, to the cathedral, a cornucopia of grand architecture spanning nine centuries awaits, interspersed with pavement cafés, bars and bookshops. Porto is a city to be explored on foot, taking time to enjoy the juxtaposition of ancient and modern, reflected in its streets. 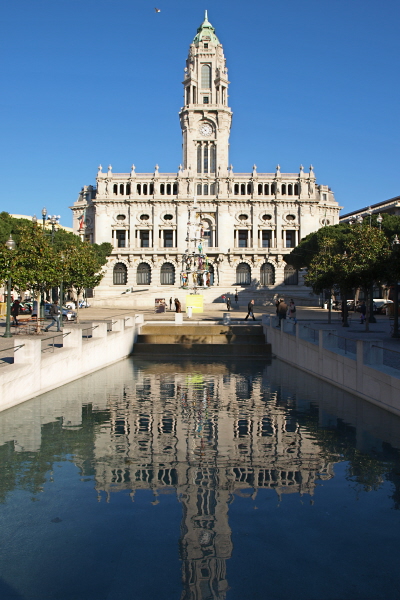 Fuelling energy levels in Porto is a delightfully tasty and cheap affair with cafés, cake shops and bars every few paces where you can stock up on carbs with traditional dishes like franceshina (possibly the world’s greatest sandwich), caldo verde (classic kale soup) and bacalhau (salt cod). Unless you’re planning on pushing the  gourmet boat out, you’ll find food bills considerably cheaper than at home. 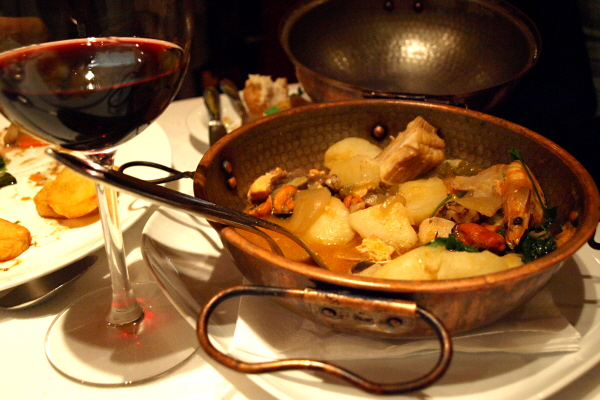 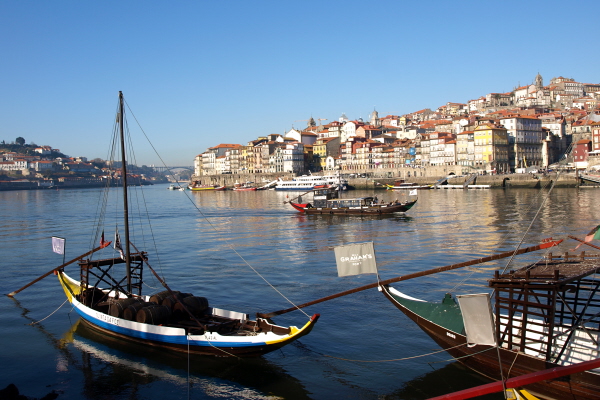 Like Lisbon, Porto’s party-goers prefer street life, and on weekends you’ll find them in their droves in Rua Galeria de Paris and Rua Candido dos Reis where music blasts from doorways up and down both sides of the streets.

Easy excursions from Porto take you to pretty little Guimaraes and deep into Douro Valley on the wine trail where you’ll find another Portugal altogether.

To sum up…
If you’re going for winter sun, shopping and partying with a side order of good food, Lisbon is best for you but you’ll find yourself sparring for elbow space with its constant hordes of visitors.
If you prefer fewer crowds and have a penchant for wine, architectural beauty and riverside living, in wallet-friendly surroundings, head to Porto but you’ll feel the chill in winter.