“It could become boring,” a friend warns when we tell her we’ll be walking the Monmouthshire and Brecon Canal from Abergavenny to Brecon.

She has a point. Long, flat stretches beside a canal won’t pose much of a challenge to legs that have recently walked 200km of the Camino de Santiago. Once the thrill of seeing a couple of narrow boats chug by has evaporated, what then?

But there’s something about canals that evokes romanticised notions of olde world travel. They might have drifted away from mainstream life as quicker, more efficient modes of transport were developed, but they are still alluring; they are a connection to the past. 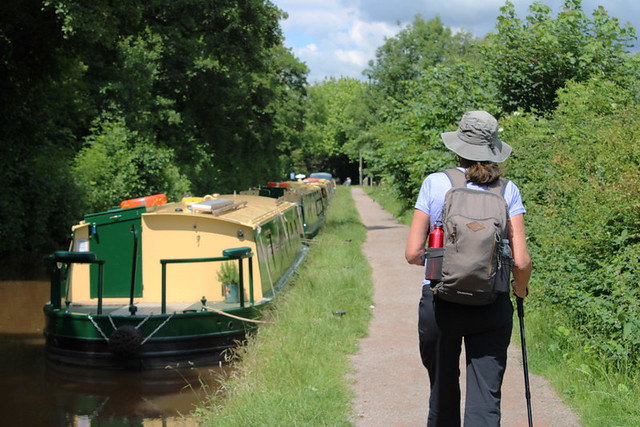 With the gentle curve of Blorenge Hill ahead, we cross Castle Meadows, home to sandmartins, Welsh Black Cattle, and tufted grasses used to make bonnets. A stone bridge over the River Usk leads to a path through the forest which was formerly a tramway where carts filled with coal or lime trundled between Monmouthshire and Hereford. Halfway along the tramway, we see a magpie riding a horse. Is it a good or bad portent? Who knows? The magpie nursery rhyme doesn’t mention a horse.

There’s a child-like thrill when we drop from the tramway to reach the canal. Despite having walked 3.5km, it feels like the proper start of our journey. Almost immediately, we arrive at Gavilon. Once a busy junction where the canal crossed beneath two tramroads, it’s now a biscuit-box scene of pretty cottages with small craft moored outside them. A parade of gaily coloured narrow boats decorate the towpath until we break free from urbanisation, albeit a rural version of it that still retains an air of the 1850s. 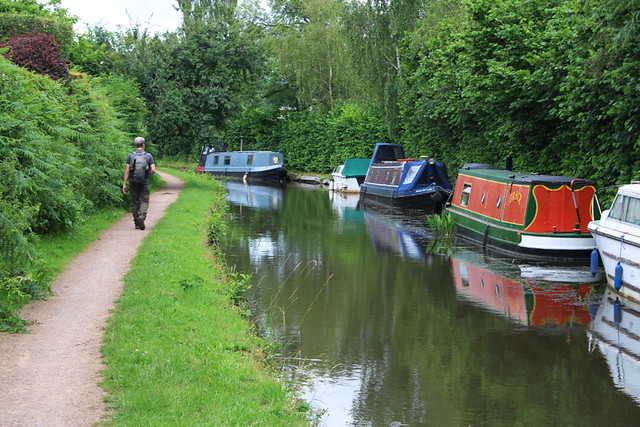 The towpath becomes less manicured where nature has snatched back land lost to relatively small-scale industrialisation. Ferns crowd the chocolate-coloured water; there are more ducks and moorhen than boats; many of the old bridges spanning the canal are overgrown to the point of being impossible to cross; and the leafy forest canopy closes in above, keeping us dry from gentle rainfall that adds a soporific pitter-patter soundtrack to our progress.

The rain becomes more persistent, and the tree cover less protective, as we draw closer to picturesque Crickhowell. Marking the point close to where we leave the canal are old lime kilns, still impressive even though they no longer belch out fire. A drenched information board depicts how they would have looked in their heyday – like the booming forges in Peaky Blinders. I hear Nick Cave singing Red Right Hand in my head. The heavy rain slapping us around the cheeks means we view the kilns through scrunched up eyes for only the briefest of periods. I’m gutted it’s far too wet to attempt a photograph. 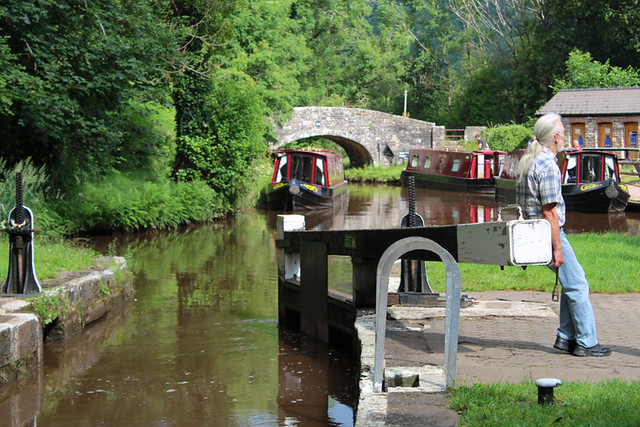 After a day exploring the hills around Crickhowell, and two nights enjoying the irresistible hospitality of the Bear Hotel (Welsh faggots and Butty Bach beer), we return to the canal, re-joining it on a sunny summer morning at Llangynidr where five locks raise boats 48 feet. A man with a silver ponytail opens a lock as casually as if he’s resting against a wall – leaning back against a long, wooden beam, the paddle, to ease open sluggish gates. Meanwhile, nervous-looking rookie barge pilots manoeuvre their craft through the enterprising series of water lifts, whilst dogs on the bank bark excited hellos at their skittery counterparts on narrow boats. It’s a lively wee spot … well, as lively as it gets on the canal.

The towpath becomes wilder again beyond the locks. We part company with it to follow a route up to the Talybont Reservoir, giving leg muscles a shock awakening in the process. It feels odd to be leaving the canal. In fact, despite the beauty of the Brecon Beacons around us, I miss it. It feels like meeting up with an old friend when we re-join it at Talybont-on-Usk where the sun-swathed beer gardens of a brace of pubs call us like seductive sirens. If we didn’t have 12km to walk we’d give in to temptation, instead we continue onwards, reluctantly leaving the cheery glass-clinking behind. 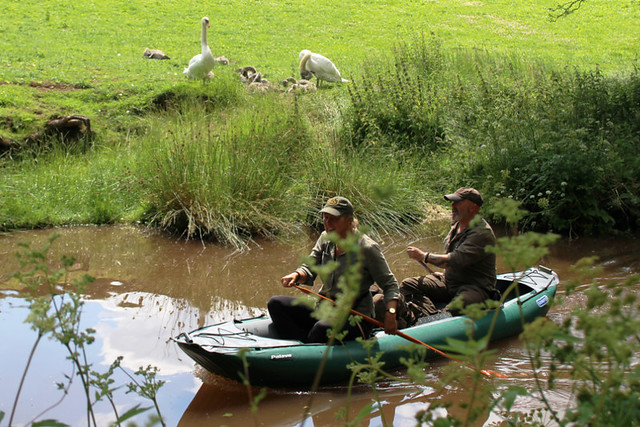 After passing another ingenious contraption, a drawbridge designed so a single person can operate it, we reach a small community of houseboats in the forest; the bright designs on the slender boats made even more vibrant by the dappled sunlight which shimmers across their surfaces. Some have wooden terraces beside them. On one, a woman with a mane of unruly black hair lounges against a bleached wooden railing, smiling as she talks to a man nursing a glass of white wine on a canvas chair on the next boat – neighbours enjoying a chat on a warm summer afternoon. Both ooze an air of relaxed contentment. It’s an idyllic scene, painting a rose-tinted picture of a life on the canal which, at this moment, looks particularly appealing. We’ve lived in a cowshed and a wine press, why not on a canal barge?

Daydreaming of a simple life on the Welsh waterways, we move on, pausing to watch a pair of elegant adult swans and their signets sun their feathers on the opposite bank as a couple in a kayak glide past with a “they’re getting bigger every day.” People chat easily on these towpaths, there’s a friendliness that warms our hearts, dissolving fears of the ugly, intolerant nation we’d find on our return to Britain – the Britain portrayed by some on social and mainstream media. 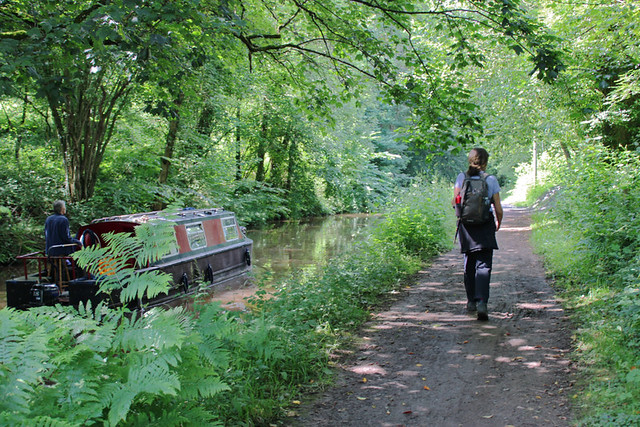 As we draw closer to Brecon, we see a red and black narrow boat way ahead. Even though we’re sauntering, each step shortens the distance between us and the barge. It doesn’t take long before we draw level and then overtake it, smiling a “hello” to its pilot. There is Slow Travel, and then there’s slow travel. What a lovely way to explore the countryside though; the sights to be seen along the way must be quite different from the water.

With Brecon Basin coming into view, we ponder whether the amount of time we’ve spent canal-side has been boring. It’s proved a fascinating historical insight into the area, but what’s been more interesting is just how alive the canal is – human activity, wildlife, and flora all contributing to a gentle yet compelling rhythm that is quite different from anything else. It’s a constantly-changing world where the next person’s experience will be completely different from ours.

How could that ever be boring?

A Taste of the Camino de Santiago