Corsica, it’s an island which had completely drifted from my consciousness over the years. When we sit down at the start of each new year writing a wish list of places we’d like to visit, Corsica has simply never figured. We’d forgotten it existed. It’s one of those places which seems to have never quite made it into ‘the most popular European destinations’. Something which makes it more appealing.

When the opportunity arose for us to visit the French island in the Mediterranean near Italy we jumped at it, excited at the chance to explore an island we knew little about, apart from the fact Napoleon was born there.

Our briefing painted a fascinating picture of a rough diamond populated by fiercely proud people who had their own code of conduct… which you really didn’t want to break. A couple of friends who’d been to Corsica declared it one of the best places they’d ever visited.

We were intrigued and slightly apprehensive by what we might find. Here are ten scenes of Corsica. 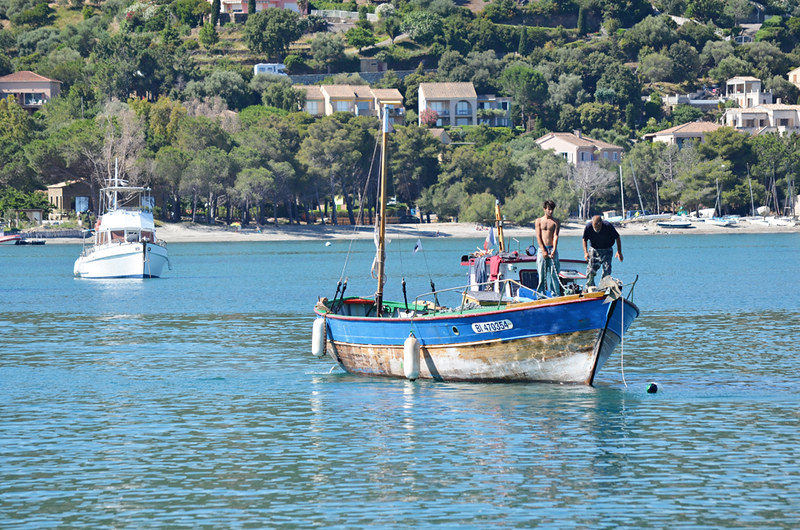 On the drive from the airport to our first hotel we were regaled with colourful and quite raw tales of island life – anecdotes, some eyebrow raising, about people with a strong family bond and a strict code of ethics. Stories were often accompanied by a “don’t worry, it’s different where visitors are concerned.” Yet the stories didn’t frighten. Quite the opposite, they reassured. I’m Scottish, Andy’s Northern English with Irish parents; we’re comfortable around people who are direct. Hard looking men turned out to be pussy-cats… up to a point. The Corsicans we met were friendly, refreshingly down to earth and drily funny. We liked them a lot. 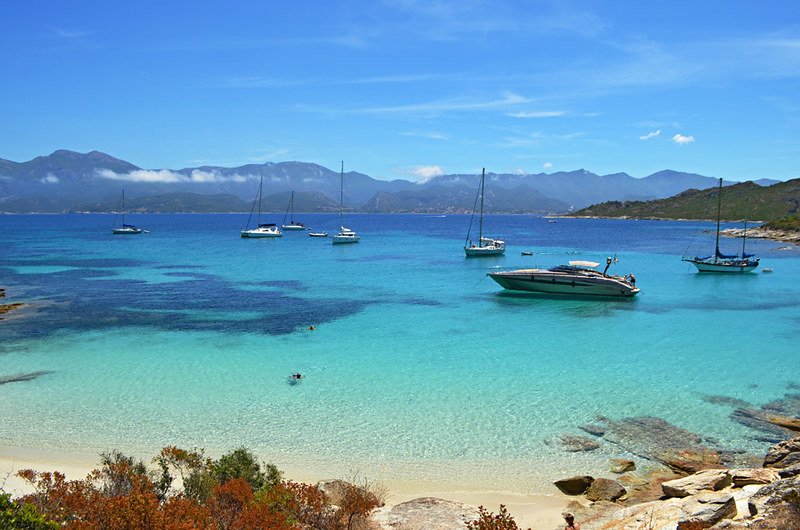 I forgot just how stunning the Mediterranean can be; the purest, bluest water so inviting it may as well be crooning a Siren’s song. An overdose of tiny idyllic coves (I don’t care it that’s a cliché) around the north Corsican coastline stopped us time and time again in our sweaty tracks. Occasionally we gave in to the call, letting our bodies be kissed and soothed by the refreshing Med. One 12km walk ended with a long stroll back along the water’s edge – a treat for tired feet. 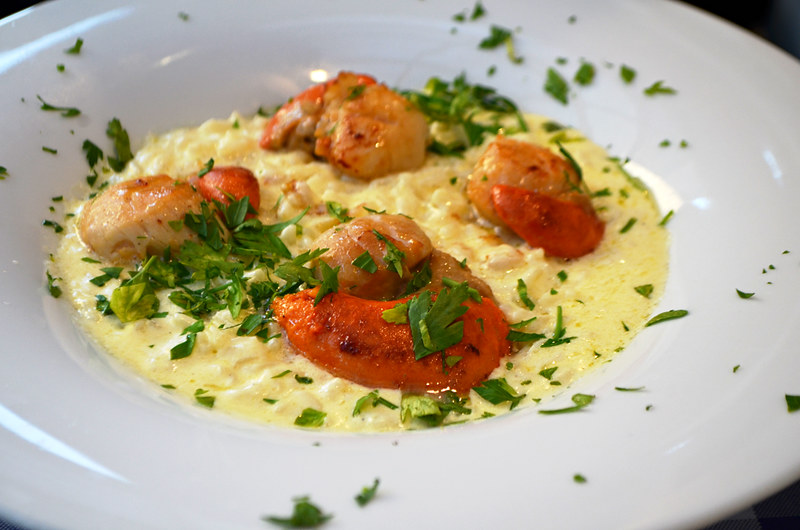 We’d expected Mediterranean type menus. However, although many of the same ingredients were there, Corsican cuisine was significantly heartier, as we discovered attempting to plough through our first meal. It completely defeated us, resulting in swollen and stuffed bellies. By day three we realised we were slowly being killed by hospitality which was too generous and had to quickly learn to assertively say no, without causing offence, to huge portions. With the likes of wild boar, pastries made from chestnut flour, mussels, mountains of lamb, pork in rich creamy sauces, and savoury deep fried cheese balls on menus, exercising restraint wasn’t easy. 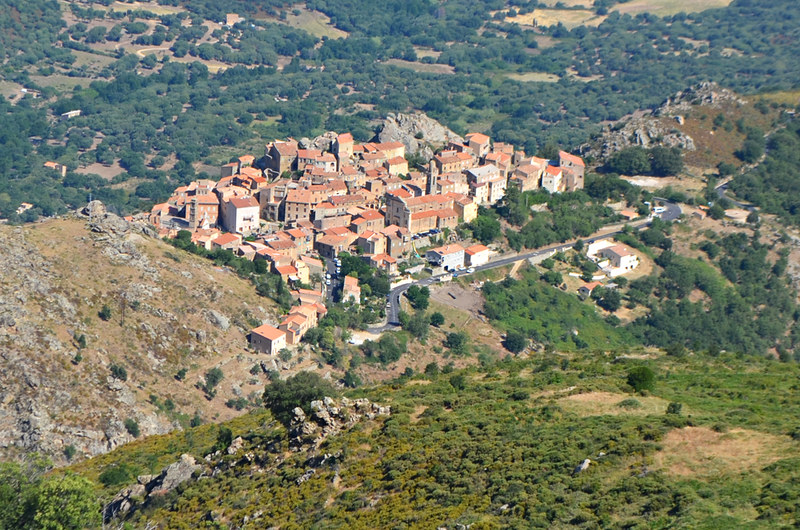 Sometimes wild and rugged, sometimes the very picture of a classic Mediterranean scene with rows of olive trees and neat vineyards, the countryside chopped and changed as we worked our way across Corsica’s northern tip. The only constant being the scenery was always of the drop dead gorgeous type, prompting numerous requests for the car to be stopped so I could take photos. The interesting thing about the northern interior is how sparsely populated it can be. A lack of people and settlements add a certain ‘je ne sais quoi’ to exploring on foot. 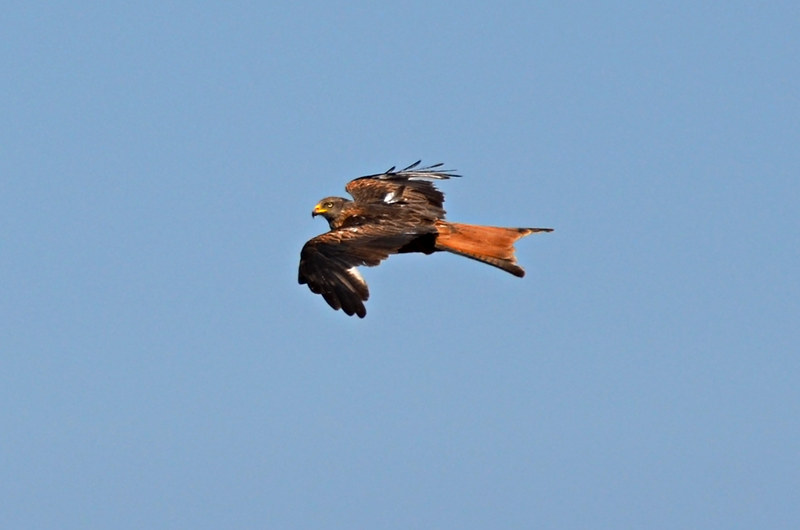 There are wild boars, but they’re not so wild. There are snakes, but they’re not poisonous. The cows which wander freely can, apparently, get a bit aggressive. But only if you get in between them and their calves. There are also mouflon, colourful birds and neon-green insects. The most impressive creatures we saw were huge kites, beautiful birds of prey which were common and welcome companions on our walks. 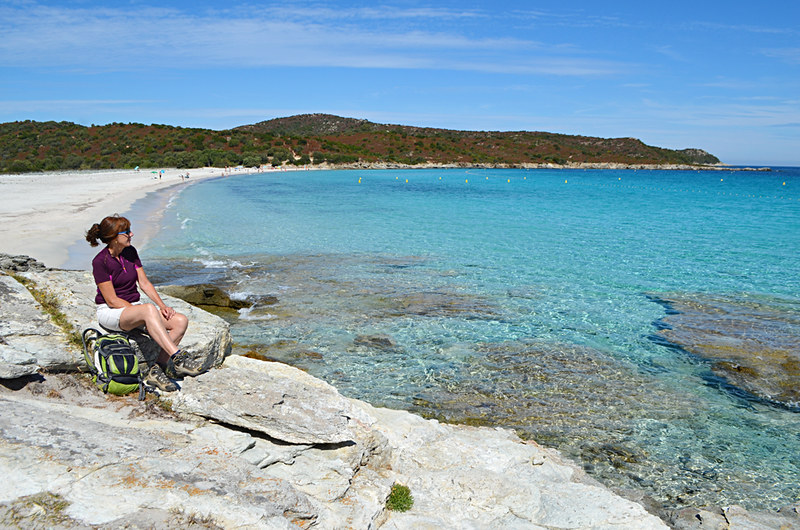 I dislike manicured beaches full of regimented sunbeds. I don’t think we saw anything which could be described as too manicured on Corsica – most beaches, either tiny coves or long swathes of white sand, were as nature intended them and all the more appealing for it. 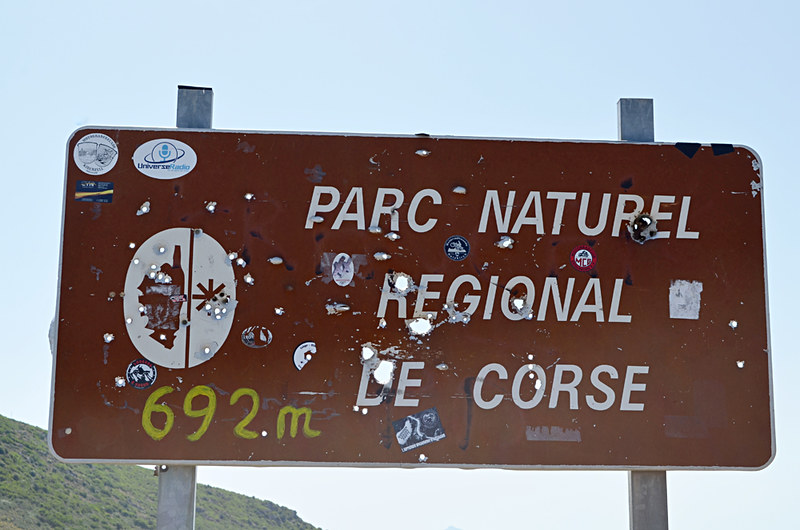 We’ll be writing a lot more about Corsica so I’m going to mention only one quirk – road signs peppered with bullet holes. Traditionally it should be only the French spelling on signs which gets shot but blasting road signs has become a bit of an island sport. 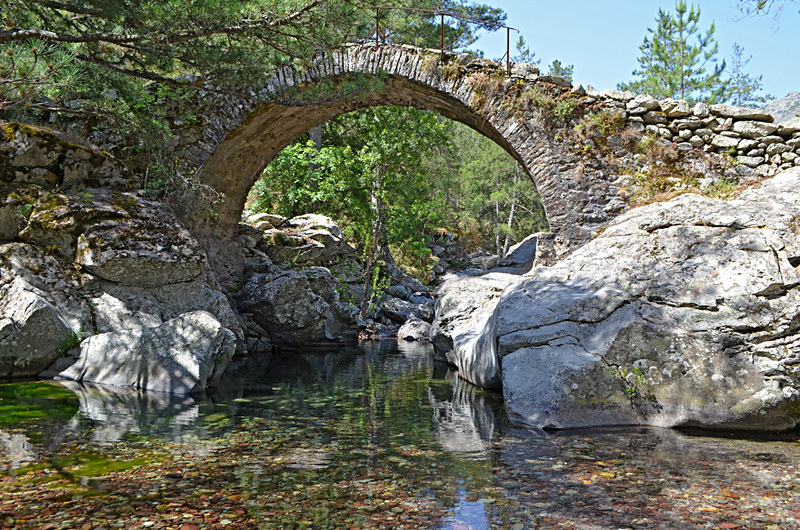 We managed to notch up six walks on Corsica, all pleasingly different – from long coastal meanderings and an ascent to a lone chapel lording it over a perfect panorama, to a mule path through tiny slate coloured hamlets and a descent to Genoese bridges over a crystal clear river. They were enough to have us ravenous for more. 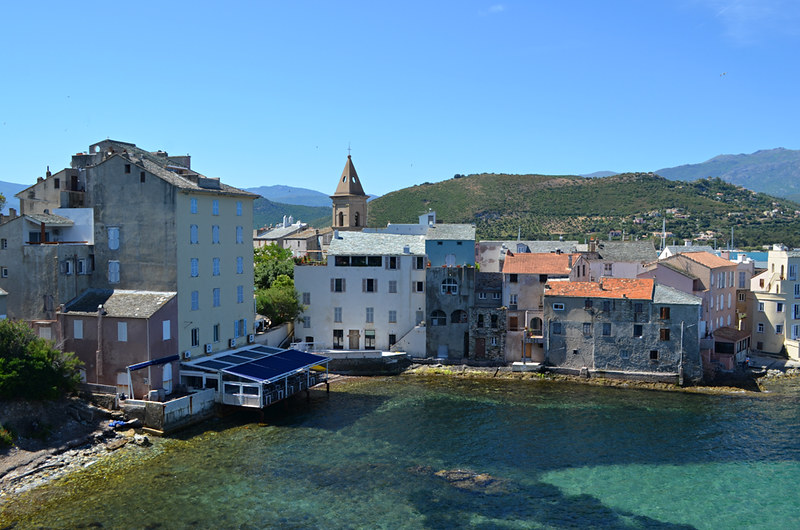 We stayed in two charming towns on the coast, Saint Florent and Calvi. Both had marinas lined by bars and restaurants chic enough to match the gleaming yachts moored in front of them. Both also had a maze of backstreets which oozed Corsican character and, for us, were far more interesting places to hang out – usually drinking chestnut beer and people watching. Another quality they had in common was they were a photographer’s dream. What’s the next step up from picturesque? 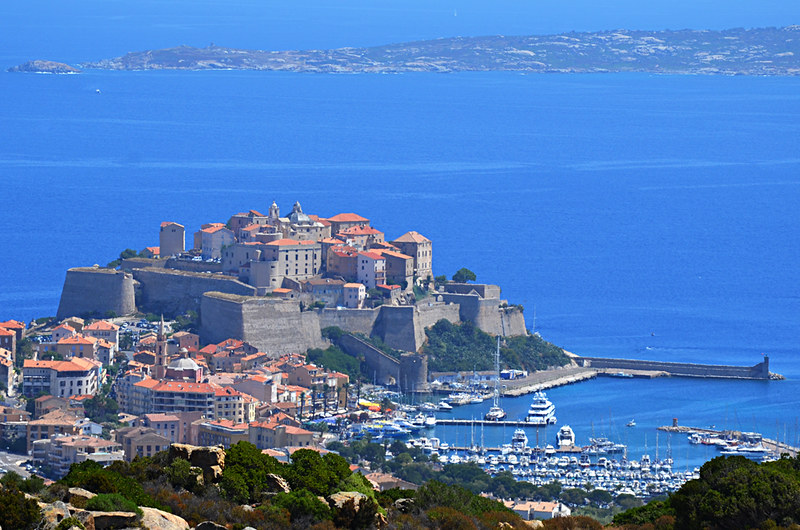 As well as being the stuff of postcard material, Corsican coastal areas have a depth which goes beyond dreamy coves, quaint old streets and long sandy beaches lapped by turquoise water. Napoleon was born on the island as was Christopher Columbus (so it’s claimed). Nelson lost the sight in one eye whilst attacking Calvi and, my favourite of all, the French Foreign Legion have a regiment stationed on the island – Andy nearly walked into the wing mirror of a car being driven by a legionnaire. Not a smart thing to do.
Both nature and man have created a wealth of eye-catching sites and scenery on Corsica; every so often, as we explored, one of us would remark “that would make a great Game of Thrones location” – the current measure for anywhere with standout features.

These are only meant as tasters, a sprinkling of the sort of Corsican ingredients which seduced us. We’ll be writing about the places we visited, the people we met, the food we ate and the paths we walked in more depth in the near future.