“The aim of the game is to free as many virtual birds as you can simply by uncovering their hiding place. Listen to their chirping and then walk towards them. When you find one you’ll hear a little whistle and you can move onto the next. Whoever finds the most birds is the winner.” 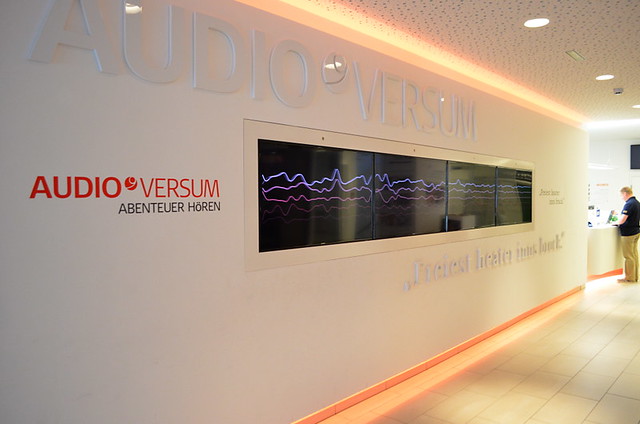 Jack and I are each standing on a coloured circle in a small partitioned space in a museum in Innsbruck, wearing headphones. The museum guide is explaining the rules of this particular game and, I don’t know about Jack, but I’m confused. Before I can formulate my first question, she continues:
“You have just one minute. Okay? Go!”

“Wait! I’m not ready!”, I want to shout but it’s too late, she’s pressed the button and the clock has begun its countdown.

In my headphones I hear a vague chirping noise and step towards it. One step and there’s a whistle, then a new chirping sound coming from behind me. I step back a fraction and there’s another whistle and a new sound.

From the corner of my eye I can see Jack. He’s just standing still. The guide is gesticulating with her head and eyes, trying to get him to move to his left but he’s rooted to the spot.

Suddenly, the chirping stops, the lights come up and the guide starts to speak.
“My God! I have never known anyone do so well at their first attempt,” she says, looking at me. “You were amazing. You rescued FIVE birds!” She’s grinning like she was one of the freed birds. I’m waiting for my gold star.

Then she looks at Jack. “What happened? You didn’t move.”
“I had no idea what was going on!” He responds, a look of bafflement on his face. “I thought we were supposed to stay on our circles. I kept moving my head in the direction of the chirping but nothing happened! I saw you moving around…”, he says, looking at me, “…and thought you were doing it wrong.”

His expression is so pained, so wronged, that I start to giggle. The image of him standing there, moving his head around while the guide gesticulates frantically to get him to move, flits back into my mind and the giggle turns into a full blown belly laugh. By the time we move to the next exhibit, we’re both crying with laughter. 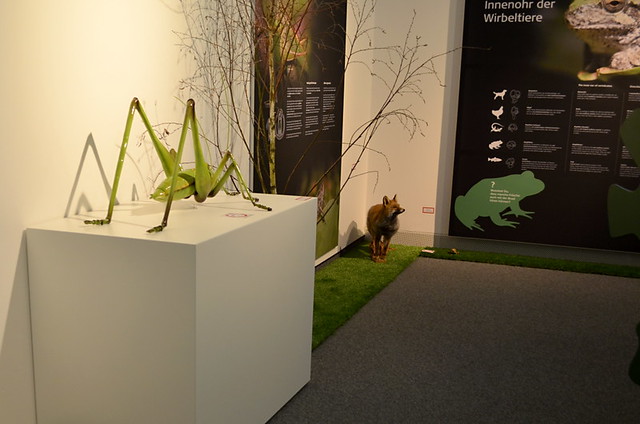 We’re in Innsbruck, at the AudioVersum centre and we’re discovering the world of sound and hearing.

So far, we’ve placed fake animal ears on our heads attached to headphones and moved them around in different directions so we can appreciate how rabbits, deer, zebras, foxes and cats all instinctively move their ears in different directions to pick up noise. We’ve placed our hands on vibrating surfaces equating to the noise level produced by a jet engine, a jack-hammer and MP3 earphones. We’ve listened to the noise of the streets in Paris, London and Innsbruck and then experienced that same noise through the ears of someone with impaired hearing. And we’ve listened through our elbows, a newly discovered talent that I’m immensely proud of and am almost certain, will one day prove invaluable. 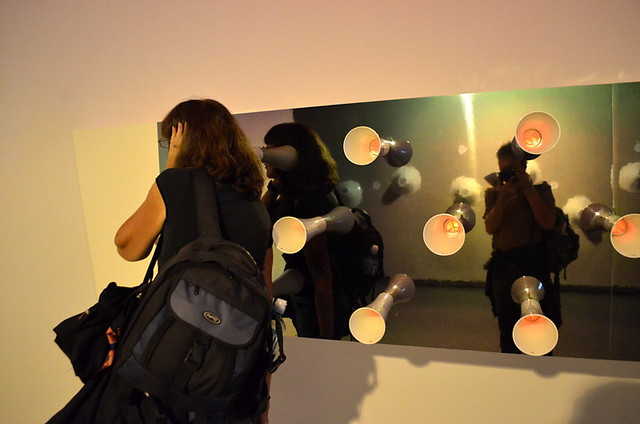 On our way out we stop off at the scream box, a sound-proof box in which you can let your lungs rip and see how many decibels you reach. Jack waits outside while I go. I’m pretty impressed with the fact that the sound level I’m generating is equating roughly to that of the cry of a Howler monkey. Outside the booth, across the corridor,  I can see Jack laughing and taking my picture, presumably keen to publicise my similarity to the Howler monkey. One last failed attempt at reaching elephant level and I leave the booth. 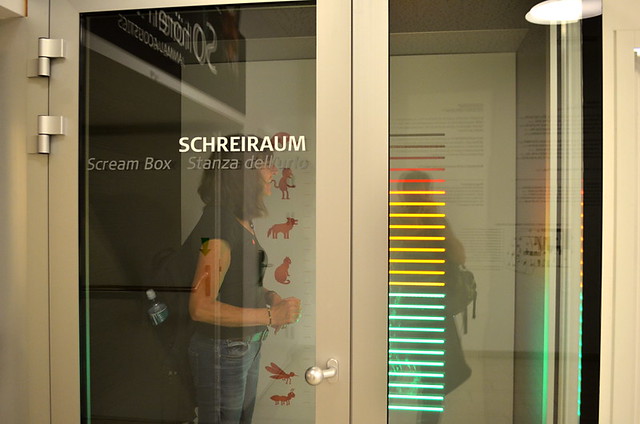 “What’s so funny?” Jack is now struggling to breathe through his laughter.
It seems the soundproof booth is not very soundproof at all and I’ve just been screaming my lungs out in the foyer of a museum in Innsbruck.

Well at least I rescued some birds…