It’s completely my fault. My timing was out. I had one day to spend in and around Camprodon in the Pyrenees and somehow I managed to coincide two visits in the same day with most of the place being shut.

Not all walking routes have to notch up the kilometres and, as we were staying in Llanars, a pleasant Pyrenees walk from Llanars to nearby ‘pretty as a picture’ Camprodon was the obvious choice for some easy walking. For one of us at least.

Whilst I mostly meandered through hill, vale and quaint streets (aside from an ascent involving chains and much heavy breathing), Andy followed a route which led to precarious peaks and confusing paths.

Initially we walked together, leaving the Hotel Grevol, where you are as likely to see tractors parked outside as you are cars, to wander along the riverbank the short distance to Camprodon. 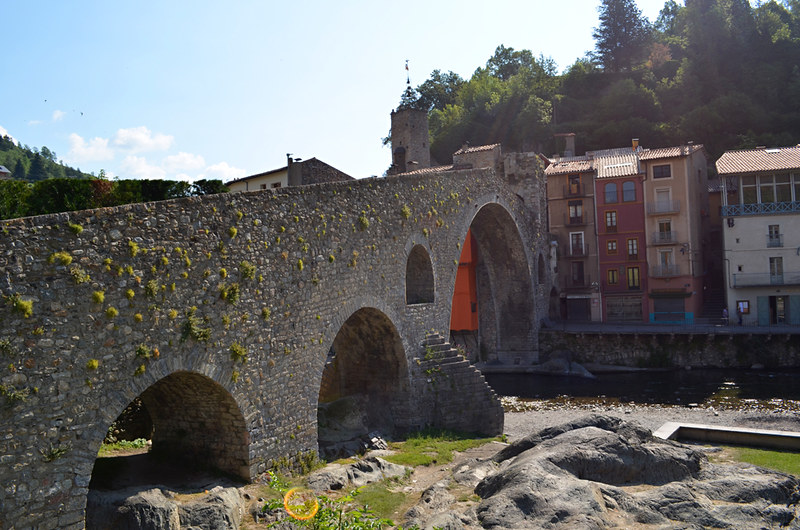 By the time we arrived at the 12th century market town, the streets still felt sleepy and the shops were yet to open, save for a supermarket where we stocked up on water. We went our different ways at the town’s famous humped bridge, Pont Nou (New Bridge).  It’s an ironic name given it dates back to the 16th century.

I crossed the River Ter via the humpy bridge, passing tall anorexic houses as I made my way through historic streets, carved from granite-hard stone, that were at last showing signs of beginning to wake up. I looked forward to returning and exploring when things were more lively. First I had a small hill to climb. I wanted to see the views from the Ermita Sant Antoni above the town. I just couldn’t find the start of the path. 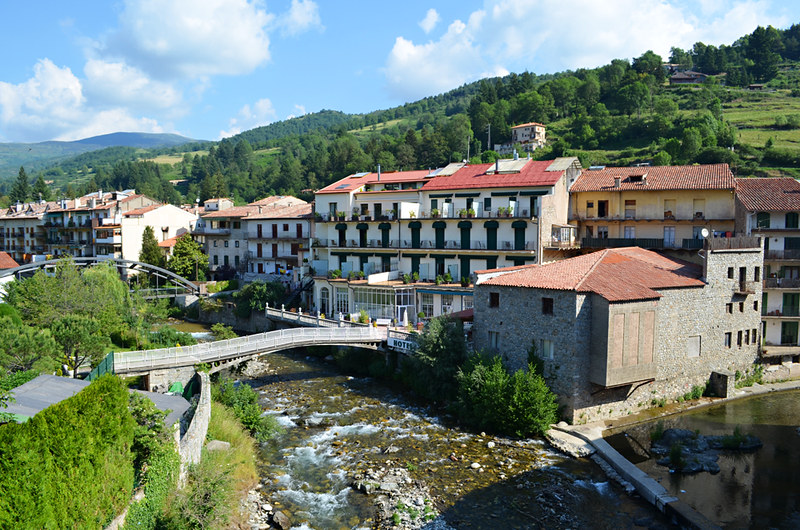 An old woman pulling at the branches of a tree pointed me in the direction of an underpass – a portal to another world. Maybe I should have taken heed at her cackle as I thanked her and moved on. 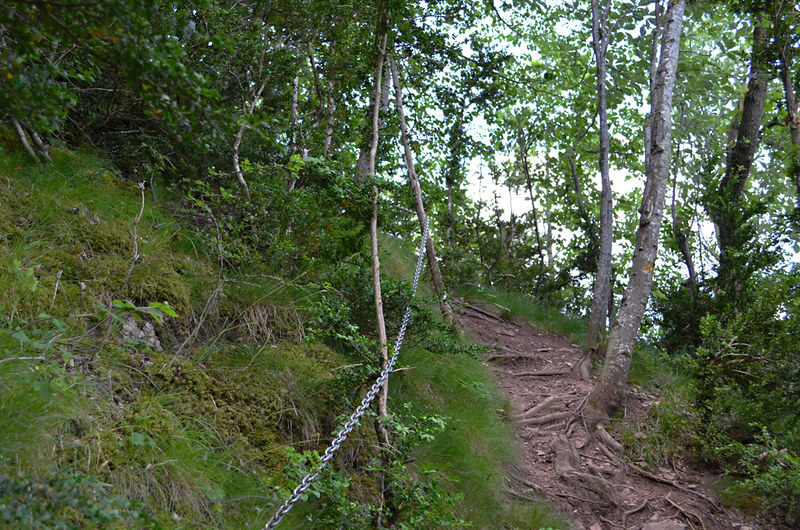 At first all was fine and foresty as I passed La Mare de la Font to start the gentle climb. Ten minutes later I was dragging myself up a commando assault course using chains. In truth it was more fun than just strolling through the forest, but it did work up a sweat and a thirst. Although the 360 degree views from the Ermita de Sant Antoni at the summit were pretty impressive, I was keen to get back to town to cool down at a café on a pretty plaza. 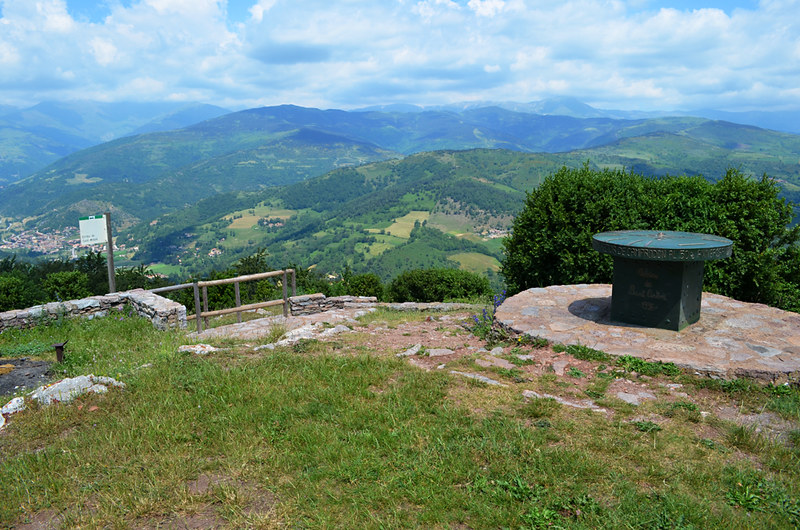 The downward path was more gradual, bringing me out at a part of the town I hadn’t seen yet – all narrow streets with houses whose balconies jutted out over the river. There was more than a look of a mini Girona about some scenes.

I’d taken longer to get to Sant Antoni than I’d planned which was a good and a bad thing. The good thing was it was lunch time. The bad was that all the shops had shut for lunch and the streets were once again deserted. I’d arrived in Camprodon for the second time when much of it was closed. 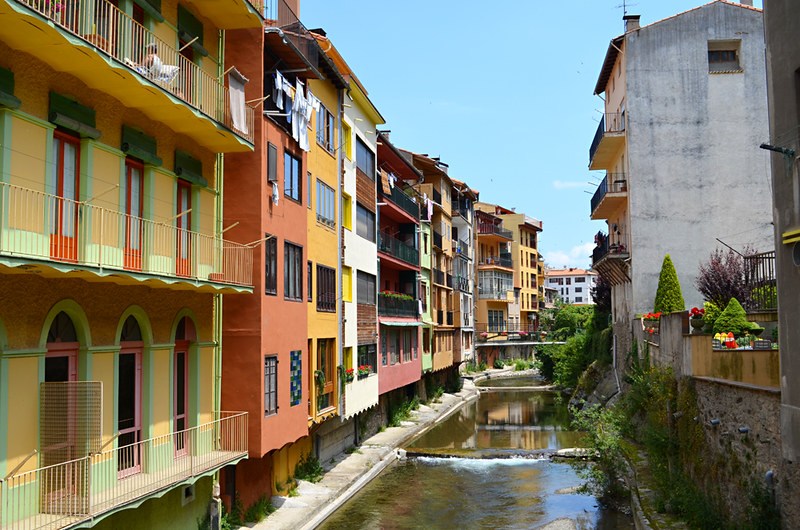 I plonked myself down at a table in a tranquil square (of course it was tranquil, the whole town was tranquil) and ate a chorizo bocadillo washed down with a cool beer. By the point I was finished eating it was time for me to make my way back to Llanars.

I arrived in Camprodon when the town was still waking up and I left when it was still lunching. Camprodon is as pretty as people say it is, but as for its personality? I’m the wrong person to ask. Despite spending some hours there, I’ve yet to see it fully open. 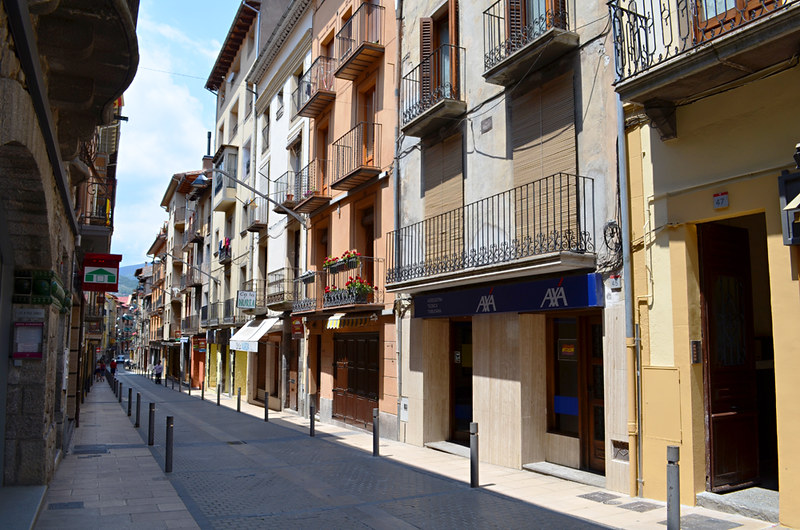 Factfile: If you want to be sure of visiting Camprodon when the streets are buzzing with life, there’s a market every Sunday in Plaça Doctor Robert.