We’re 9 kilometres into a planned 12 kilometre walk and it’s way past lunch time but the promise of a lakeside lunch within the hour in a spa town known for its cake shops is sustaining our progress. A perfectly positioned bench alongside the path provides the opportunity for a short sit down and we remove the rucksacks and admire the beauty of our surroundings.

“That can’t be right.”
I follow the line of Jack’s gaze to where a small signpost tells us it’s still 10 kilometres to Bad Ischl, our destination.
There had barely been enough time for buttocks to make contact with bench but with a last bus to catch from Bad Ischl and another 10km of route to cover, there was no time to lose. We grabbed our rucksacks and set off at pace, thoughts of an al fresco lunch fading with every footfall. 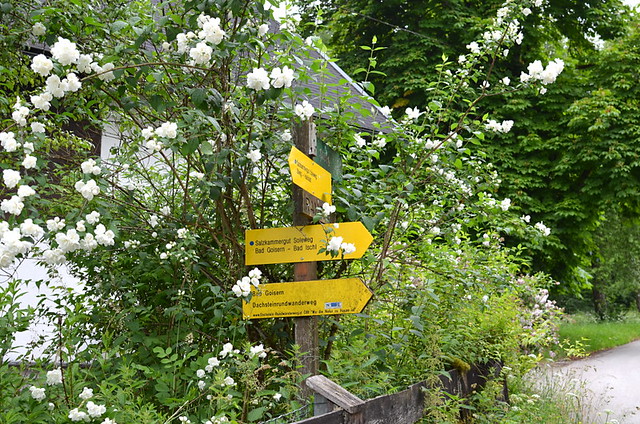 The Salzkammergut Soleweg runs for 40km from Lake Hallstatt to Ebensee and is considered to be one of the most beautiful walking routes in Austria. The ‘salt water’ route follows the course of the pipe that has been transporting brine water from Lake Hallstatt to the salt factory in Ebensee since 1607 and is still in use today. The walking route that accompanies the pipe not only takes you through the sort of scenery that only chocolate boxes and Austria can provide but it also pays homage to the traditions and cultures of each region it passes through. Information boards, illustrations and small museums provide an insight into the history of the communities through which the pipeline passes. 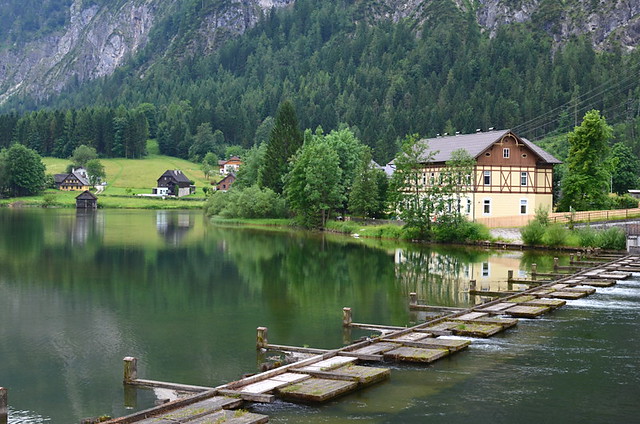 We had joined the Soleweg in Steeg, at the north west corner of Lake Hallstatt, and were following it alongside the course of the Traun river, all the way to Bad Ischl, the former summer retreat of Emperor Franz Joseph which he lovingly described as ‘heaven on earth’. 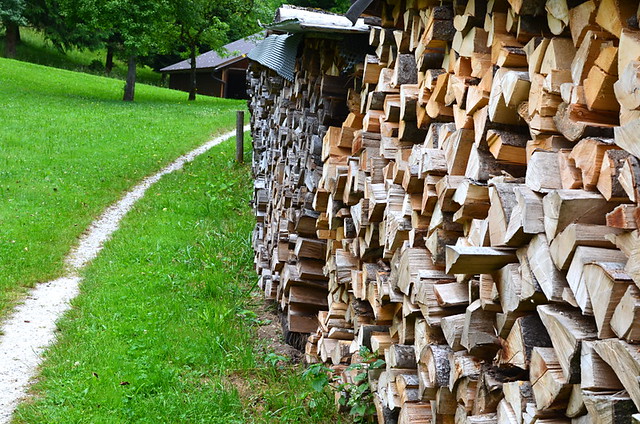 Setting off from the Hotel Agathawirt in St Agatha, our route had taken us through a rural idyll where neat timber homes with roofs so sloped against the build up of snow that cats would need crampons to negotiate them, and neatly stacked wood piles as big as their gable ends, both testament to the severity of the winter cold. Each log in the woodpiles was machine cut with such uniform precision that the finished effect looked more like an architectural feature than a fuel source. I thought of our tatty woodpile at home in Tenerife and imagined the collective raised eyebrows of the community were they to lay eyes on it. 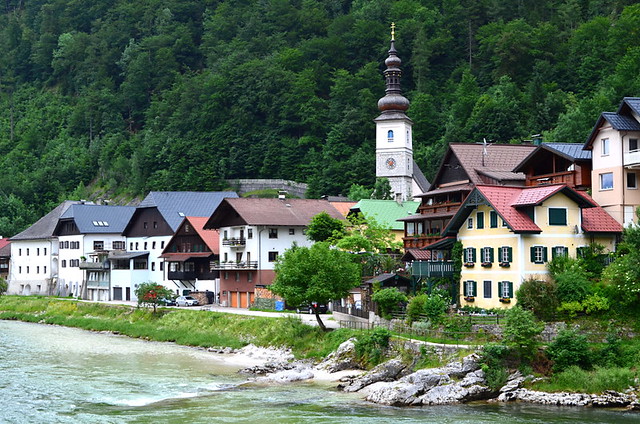 As we neared our destination, our pipeline and river hugging path was joined by the railway that connects Bad Ischl and Steeg, four modes of transport wending their way through the green landscape, each moving at its own pace. When the route detoured into the pretty village of Lauffen, the gentle pace of the river became a noisy weir as we passed the Traunfluss, the site where many a salt ship suffered damage and loss. Beyond, the Soleweg returned to a tranquil riverside walkway before finally arriving in Bad Ischl, some 17km after leaving St Agatha and far too late for the lunch time menus that adorned the riverside and pavements. 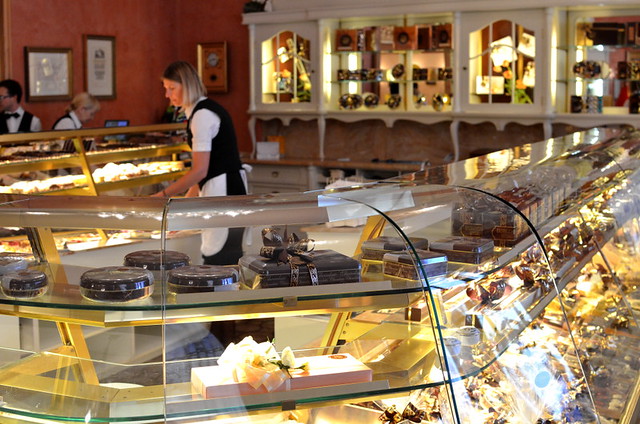 Strolling past the busy riverside tables where people were enjoying the afternoon sunshine in the company of kuchen und kaffee, we made our way to the splendid surroundings of Konditorei Café Zauner for some tasty  open sandwiches, cake and a well earned glass of chilled beer. From chocolate box scenery to chocolate cake heaven, it isn’t just salt connections to be found on the Soleweg.

The stretch of the Soleweg from Steeg to Bad Ischl covers 15km of beautiful Austrian meadows and pastures dotted with farms and grazed by doe-eyed cattle. Forests and riversides provide variation in the scenery and the route is at low level and almost entirely without notable inclines or descents so is suitable for any level of walker. All you need is the stamina to walk 15km and a packed lunch.