I wonder if I hadn’t already known about the movie being partly filmed there whether the word would have crept into my mind quite so often as it did.

Does Fuerteventura seem more biblical because Exodus Gods and Kings, Ridley Scott’s epic movie about Moses taking on the mighty Pharoah and leading 400,000 slaves out of Egypt, was filmed there? I suppose the answer is, if it wasn’t biblical in the first place it wouldn’t have been chosen as a location for Exodus. 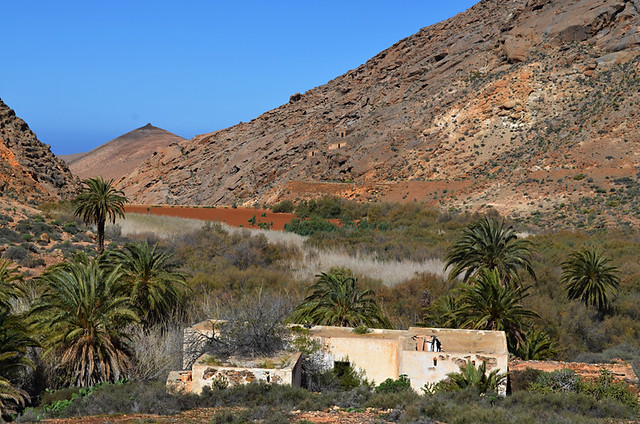 We walked the island, researching routes, shortly after the film crews had departed for biblical pastures new. Call me Mr Shallow, but there’s something quite thrilling about walking in the footsteps of the likes of Christian Bale, Ben Kingsley, Sigourney Weaver and Aaron Paul.
The last time we arrived at a destination shortly after a film crew had moved out was on Phi Phi island when The Beach had been filmed in the area. On that occasion there were accusations of the movie makers leaving a bit of a mess behind.

This time there was definitely no evidence Hollywood had come calling. 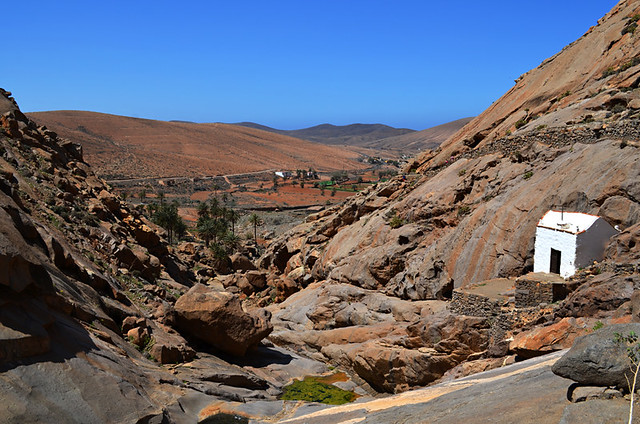 What made it even more thrilling on Fuerteventua was that some areas used weren’t ones familiar to many visitors who know the island only for its beaches, beaches and… err beaches. Only people who really explored the island would be privy to Moses’ secrets.

We’d been told the Ermita de las Peñitas was used as a location for the movie. No surprise, it has all the perfect Old Testament ingredients, even a legend. 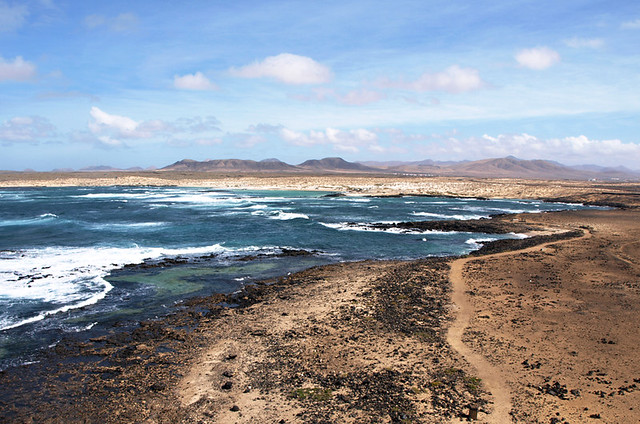 We didn’t know until later the sea around El Cotillo was used as a stand in for the Red Sea; a nice little snippet for movie trivia sure to trip up many – ‘where did Moses actually part the Red Sea?’

After that I’m not sure, many scenes could have fit the biblical remit– green fronds wafting against the dry stone of an old cottage; legions of goats heading purposefully across arid plains of hard, red earth; tiny white huts breaking up the endless amber landscape. 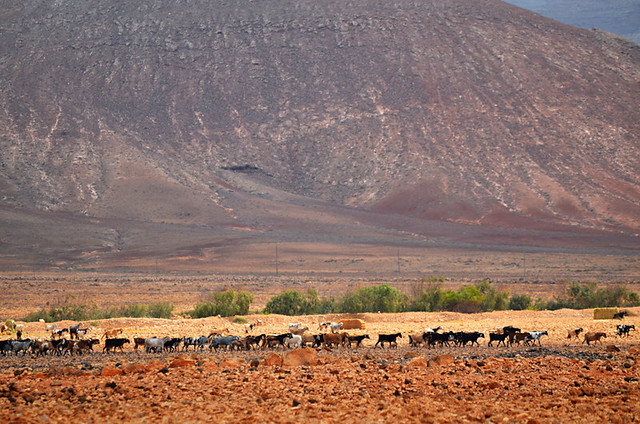 No wonder Fuerteventura was picked as a location for Exodus. It is a land ready made for Gods, Kings… and one of the crystal meth making anti-heroes from Breaking Bad.

That last one might explain the mystery of the trainers hanging over telephone lines. 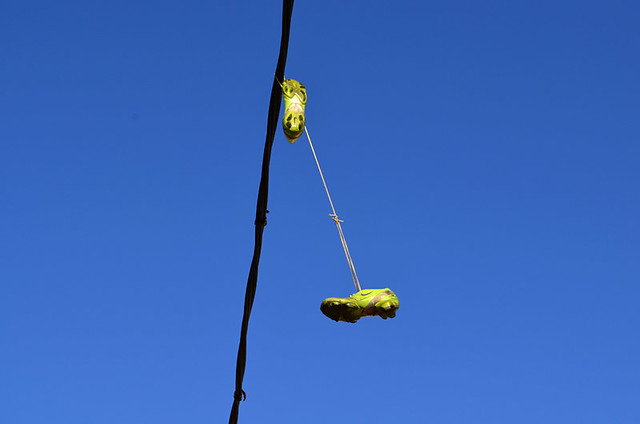