Some bewitched us, some were a bit nervy in parts and others had us bitching like hell thanks to unexpected moments. All were memorable.

In no particular order, these are our ten favourite hikes this year. 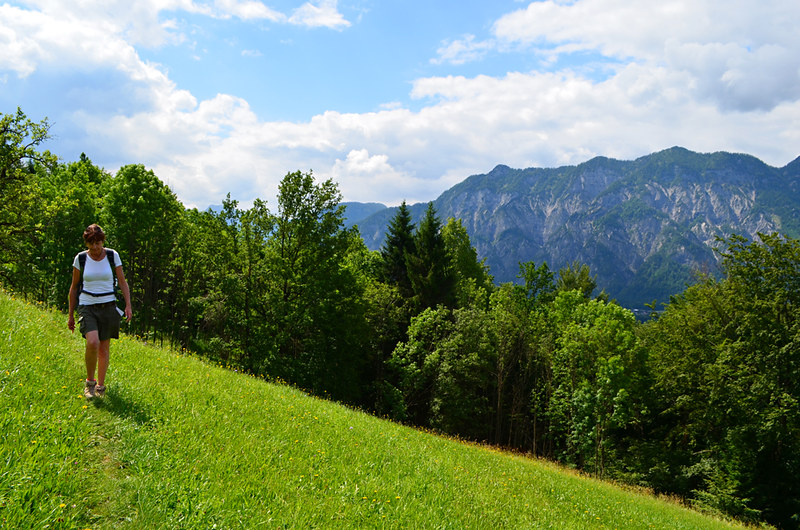 Ewige Wand was a walk that had everything from friendly locals helping out when directions were hazy to almost clichéd dramatic Austrian scenery overlooking an immaculate valley surrounded by hard as nails mountains. Add an enchanted forest, a curious doe appearing from the undergrowth, a mountain hut with deckchairs and a riverside path and you’ve got what might just be our favourite walk of the year. 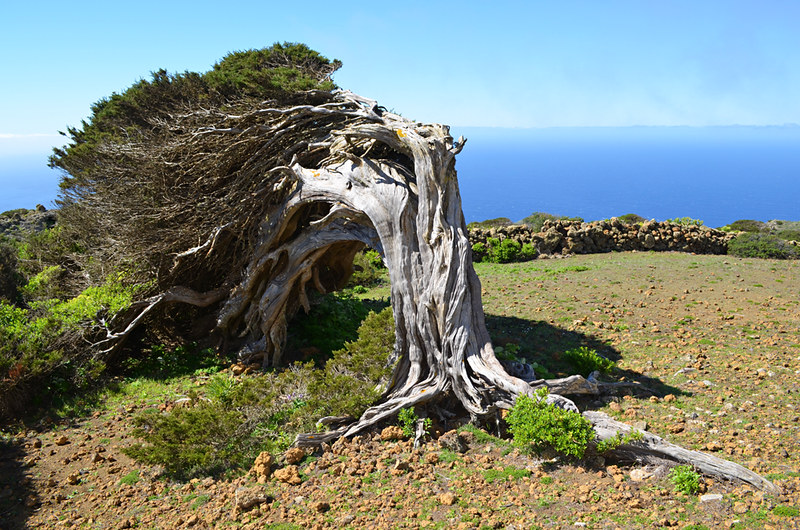 The magical island of El Hierro at the end of the world threw up lots of magical experiences, but topping them all was a hike up the side of a steep valley to reach the most surreal fairytale-esque forest we’ve ever set eyes upon. El Hierro’s sabine forest looks more like a coven of witches who have been petrified mid dance than trees. This was the best type of hike, where you’re rewarded with treasure beyond your imagination. 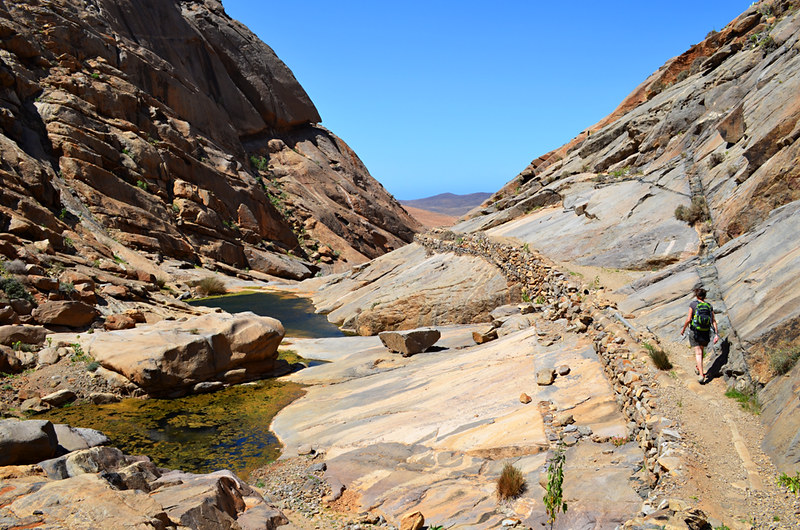 We nearly bottled out of this walk as there was a weather alert for high winds and the wind battered our ears relentlessly as we leaned into the burnt orange Fuerteventura landscape to make progress. But what a revelation – Chicago windmills, cane thickets, palm groves, crumbling cottages – it was a landscape straight out of North Africa and what a pay off; a simple whitewashed ermita perched on the hillside beside emerald pools. It was a route that made us realise Fuerteventura had much more to offer than just glorious beaches. 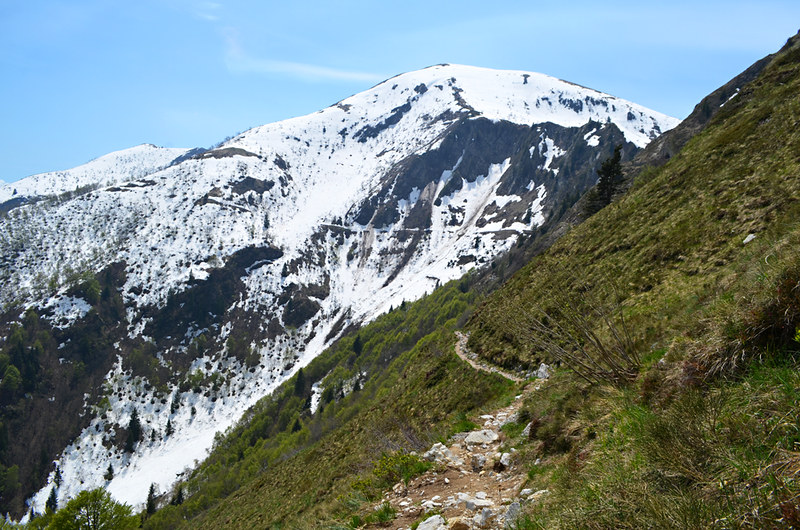 One of the ‘nervy’ walks, we set off in warm sunshine through the Italian forest not knowing whether the paths up high would be open. Even though it was May, snow still capped the peaks. The wonderful people at Rifugio Pernici were the only ones who would be able to say whether it was safe to go on. It was… just. At times we had to cling to branches to help us negotiate a path that had been engulfed by snow drifts but the views were immense and it was exhilarating to walk a path that had once been occupied a strategic position between Italy and Austria. 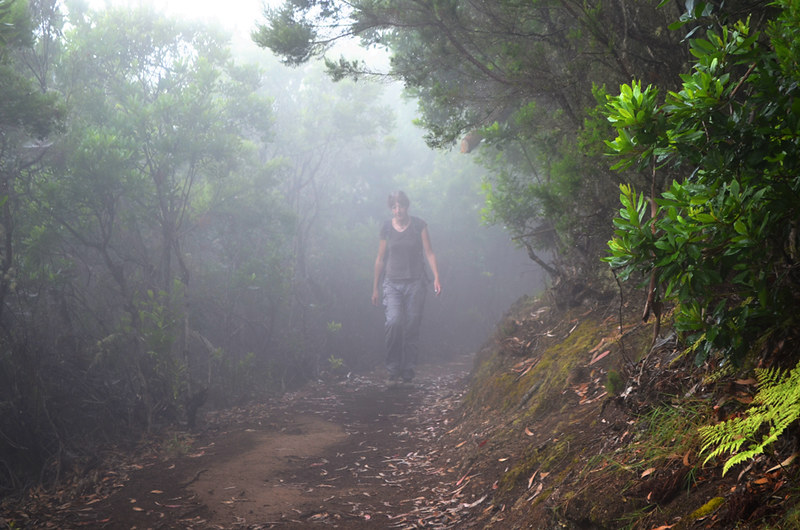 I don’t think we’ve complained as much on any route as we did on the climb out of Hermigua towards Juego de Bolas on La Gomera. ‘Misinformation’ from a person who clearly hadn’t walked the route had suggested it was relatively easy for an island known for its plunging ravines. It wasn’t. It was a challenging slog straight up into thick cloud (obscuring the top which helped a bit), using ropes for assistance and scrambling where no ropes existed. It was hot and sweaty work and there was a lot of cursing. But the feeling of elation when we emerged at a misty plateau made it all worth it. We also ended up with a rucksack full of maracuyas courtesy of a generous local, thankfully met towards the end of the walk. 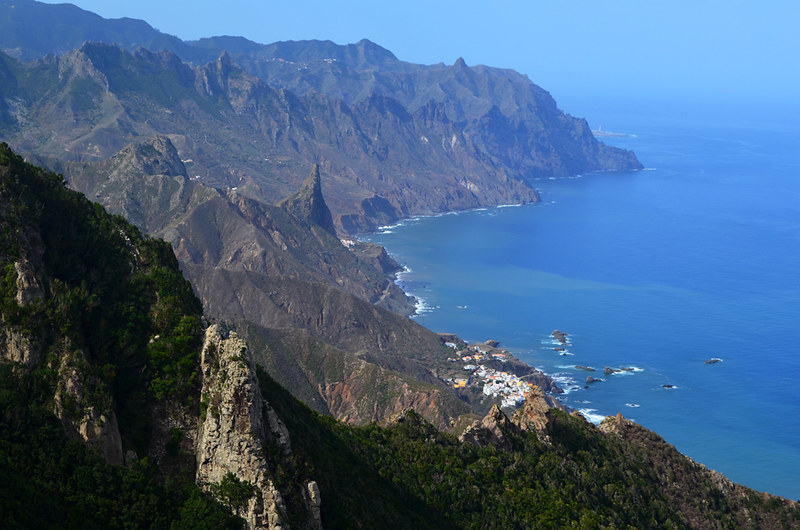 The Anaga Mountains on Tenerife would probably make any list of our favourite hikes any year. They are such an extreme contrast to most people’s perception of the Canary Island we call home. Here people exist much in the same way as they have for centuries. On a hot October day we set off from a hamlet at the end of the road to traverse a ridge with crazily beautiful views to reach a hamlet you can only reach by boat or on foot. It always gives us a buzz that somewhere so remote exists on an island many people think of as being over developed for tourism. 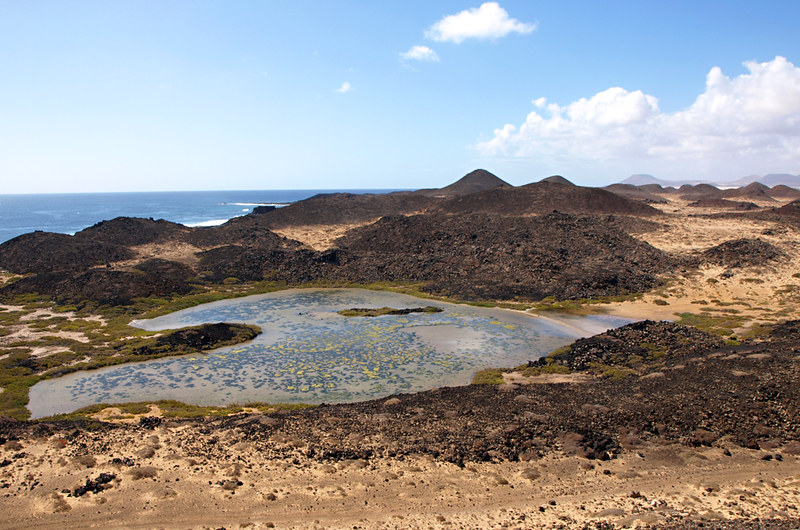 The small island lying off the coast near one of Fuerteventura’s main resorts, Corralejo, was a delightful shock and a walk around it revealed a microcosm of Fuerteventura itself with sea pools, coves, a tiny fishing village, volcanic cones, salt pans and a lighthouse. There was also something melancholic about the island, thanks to the fact that the lobos (seals) of the name were all slaughtered. Only concrete ones remain. 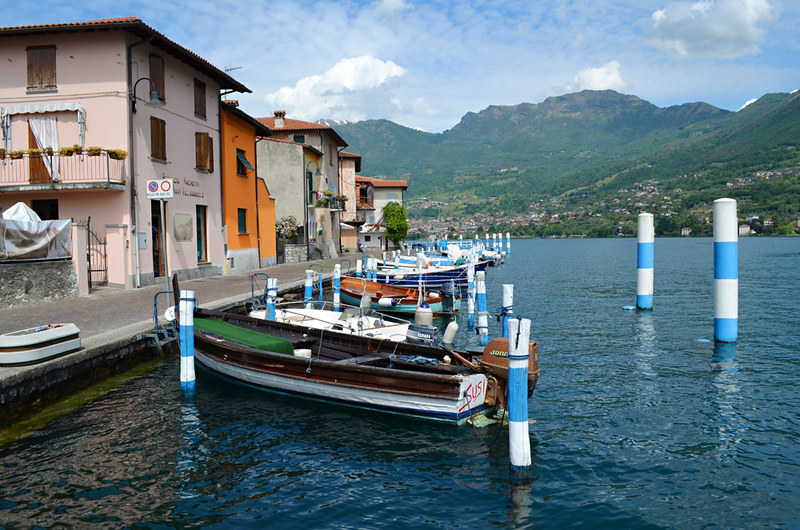 We were supposed to climb to the church at the peak of Monte Isola, the largest lake island in Europe, but the weather was hazy and we’d been disappointed with views from another church in a lofty position the previous day, so we dumped the script and walked around the island instead. It was such the right decision. The heart of a place doesn’t lie in some religious building looking down on everybody else, it lies in the location’s towns and people. This was probably the easiest walking route of the pick, more of a stroll around an exquisite Italian island in the warm sunshine – and all the more enjoyable for it. 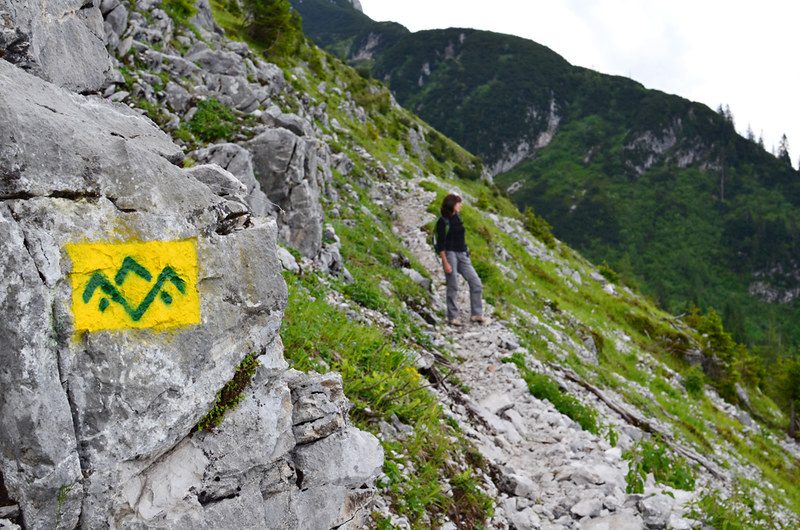 A cable car ride climbing up above the sparkling emerald Gosausee lake was a rather spectacular way to start a series of walking routes in the area. Favourite was probably the Stuhlalm route whose narrow path clung to the mountainside in parts, throwing up some ‘let’s get over this bit as quickly as possible’ moments. The sight of local toddlers skipping across the path made us realise we were probably being a bit theatrical about how narrow and dangerous it was. The pay-off was it ended amidst grazing bovines at the Stuhlalm mountain lodge for a hot coffee and a show put on by kittens who’d overdosed on cute sandwiches. 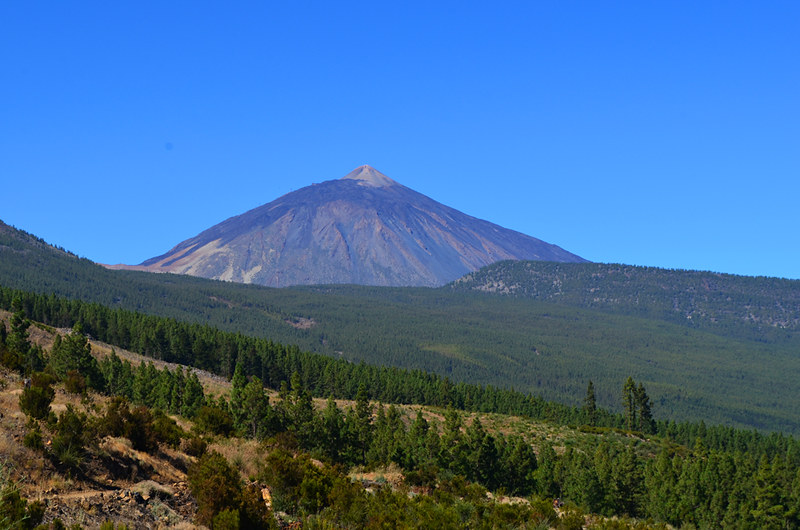 Finally, one of the most satisfy routes was on our home island of Tenerife. The upper Orotava valley has wowed walkers since Victorian travellers sung its praises in their journals. On this occasion the plan was to piece together a new walking route. It nearly came unstuck shortly after we started as we came face to face with a small forest fire, still being battled. Thankfully the fire-fighters and police ignored us and we were able to complete the jigsaw under the benign gaze of the jewel of the Canary Islands, Mount Teide.

A Taste of Spice, The Killer Mojos of La Gomera

I’ve eaten them more times than I can remember; so many times in fact that the act of spreading the rich red or glistening green paste on the obligatory bread in Canarian restaurants has become an almost subconscious semi-automated act. […]