I love cities after dark, like Jekyll becoming Hyde they take on a new personality. The darkness prods our primeval fears, adding a sense of adventure and danger (often imagined, sometimes real) to exploring the shadows.

You never know what you will find… or what will find you when you venture out after dark.

Lisbon is as fascinating and enchanting a city when night falls as it is during the hours of light; from the raw energy of Bairro Alto to the elegance of its squares and the secrets of mysterious alleys. 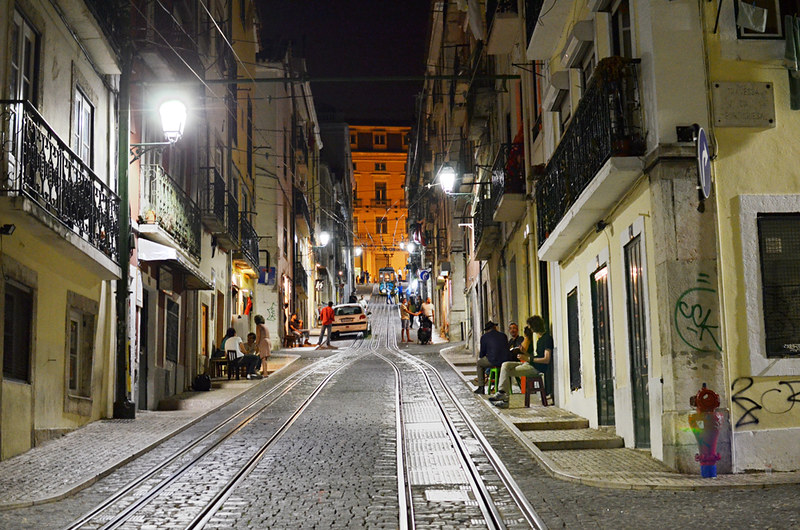 There’s something West Side Story about some of these old streets where the pavement is an extension of homes and businesses. On one occasion we watched an elderly woman get up from an ancient sewing machine, step into the street and give a rather snazzy jumper to a girl sitting outside a bar to try on. In fact, it looked like the sewing machine was actually part of the bar – ‘I’ll have a pint and a cardie please’. 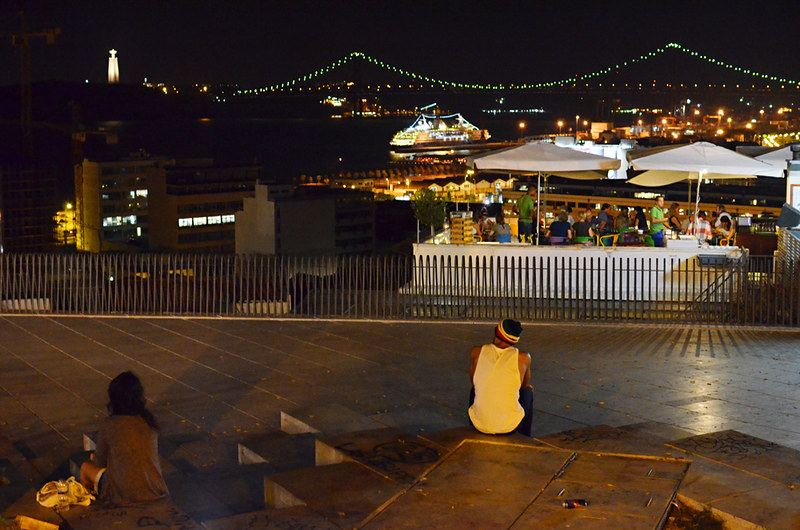 Miradouro de Santa Canterina is the place to gather for a sunset scene and people linger on after the sun has long gone, when cruise ships, the statue of Cristo Rei and the Golden Gate, err… 25 de Abril Bridge add their sparkle to the blackness. 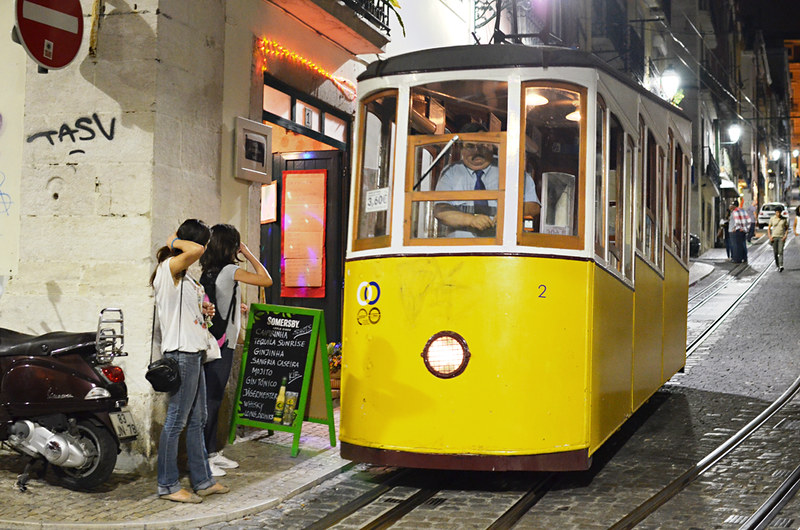 By day Rua de Bica de Duarte draws visitors to photograph the funicular screeching up and down the steep hill. By night, anonymous doorways light up to reveal tiny quirky bars, all of which look like fun and cosy places to sink a few. Thankfully the funicular stops travelling long before they get busy so there’s not much chance of a ‘merry’ visitor stepping from the bar straight into a yellow tram. 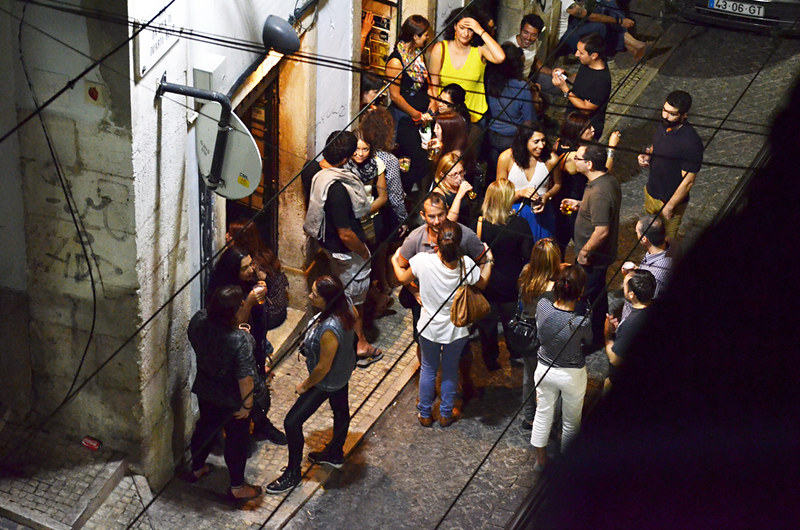 Come midnight at the weekend, the bars scene spills onto the streets where people use steps and pavements like outdoor seating areas. Same thing happened in Porto where even though it was January people seemed to prefer to congregate outside. When you look down from above you notice that people rarely look up; it’s a scenario that could spark a bit of a god complex. 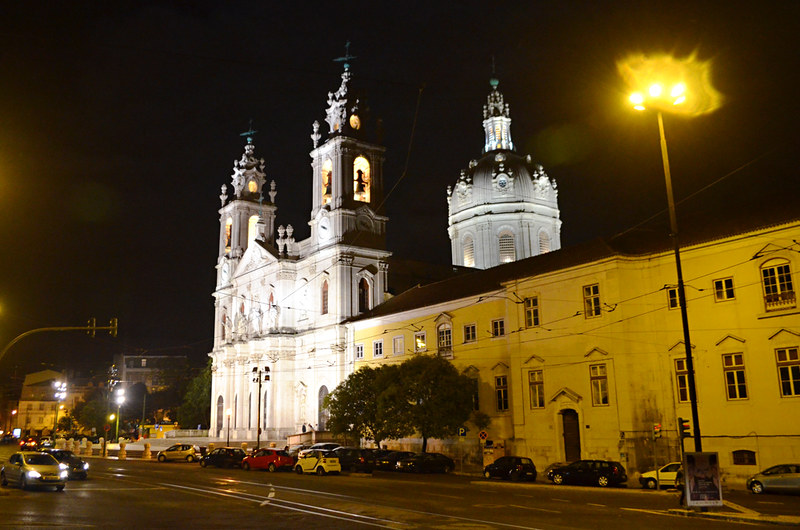 We saw how good the Basilica looks at night thanks to eating at the wonderful Tasca da Esquina nearby. Impressive though it is what I’d really liked to have photographed were the couples dancing in the dark in the bandstand of the Jardim de Estrela opposite. 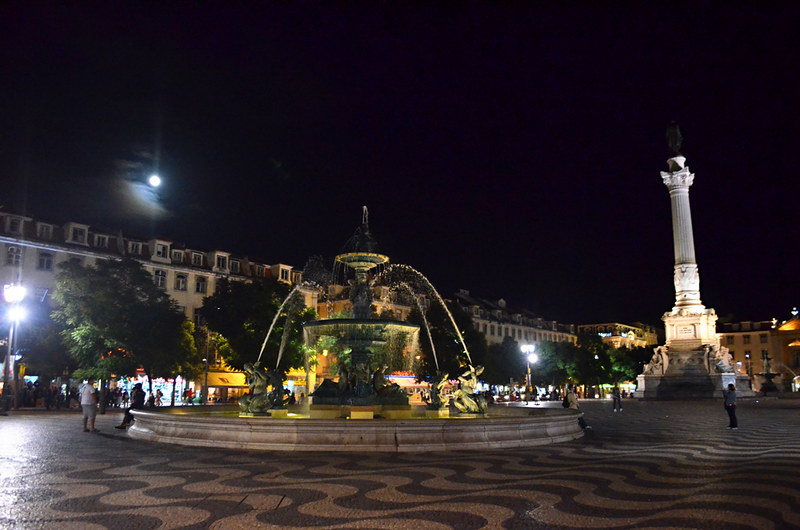 Darkness tones down those crazy tiles in Rossio Square that can play havoc with your eyes in the daytime. In truth it’s a beautiful place whatever the lighting. 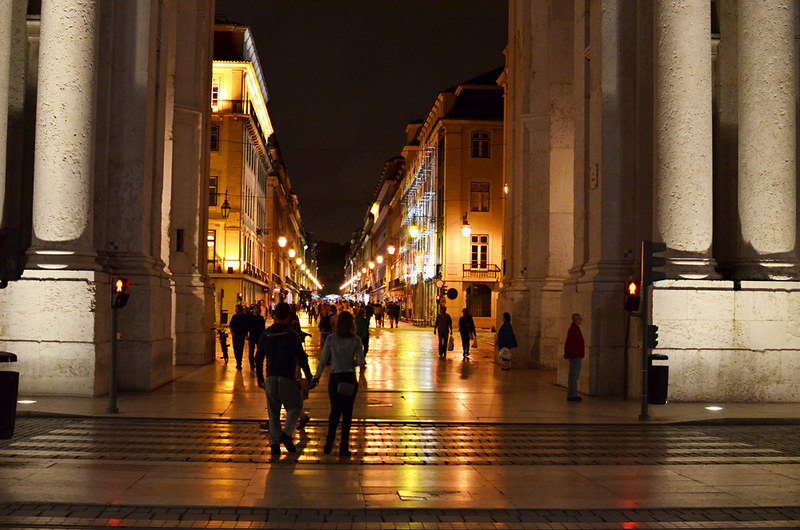 A classy way to enter Chiado is through the Arco da Rua Augusta. At night, when the street-lights illuminate the smooth cobbles, it is a particularly attractive portal. 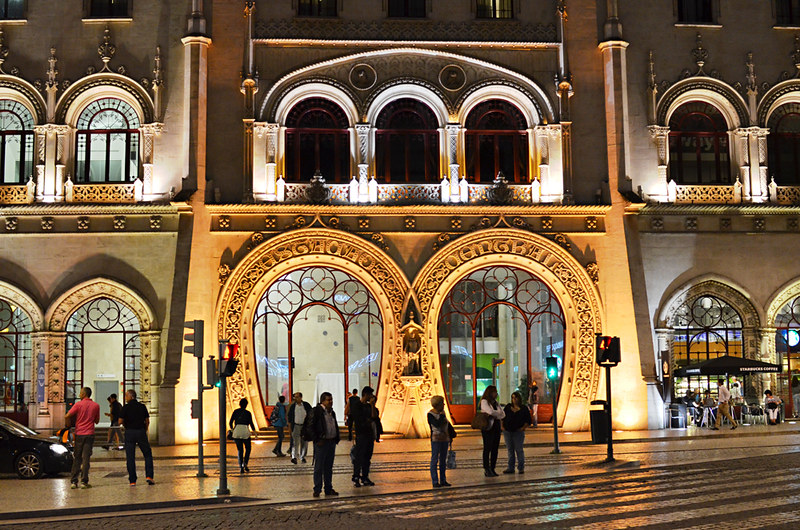 A real grand old dame and a beautiful looking train station from the 19th century. The façade evokes ideas of travelling to mysterious and exotic destinations – we went to Sintra from Rossio Station which is sort of an exotic destination in a palatial way. There’s a lot going on in that architecture – slightly religious with a hint of Moorish flavours and a Blacksmith’s wink. 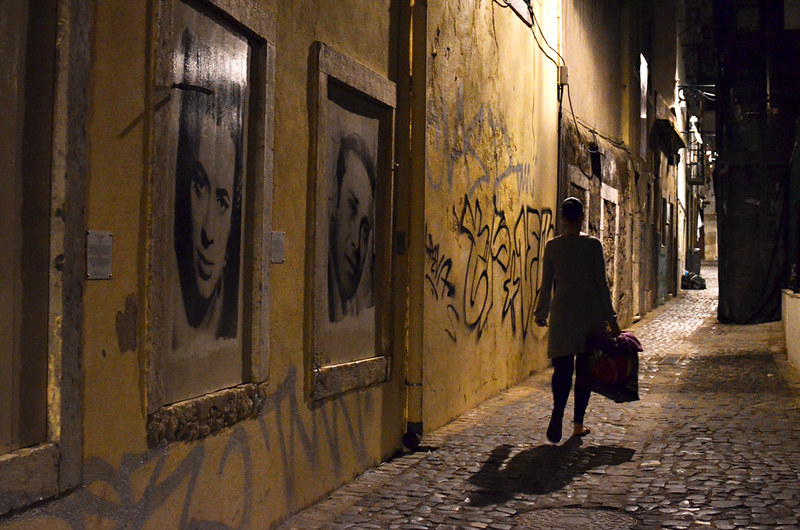 Probably my favourite nocturnal shot as it captures some of what really appealed to me about  Lisbon – arty, historic, down to earth, not always obsessed by looking pristine, and an air of mystery.
Would you follow this woman up this dark alley? You should, it leads to a fabulous little fado house.

A Great Advert for Lisbon 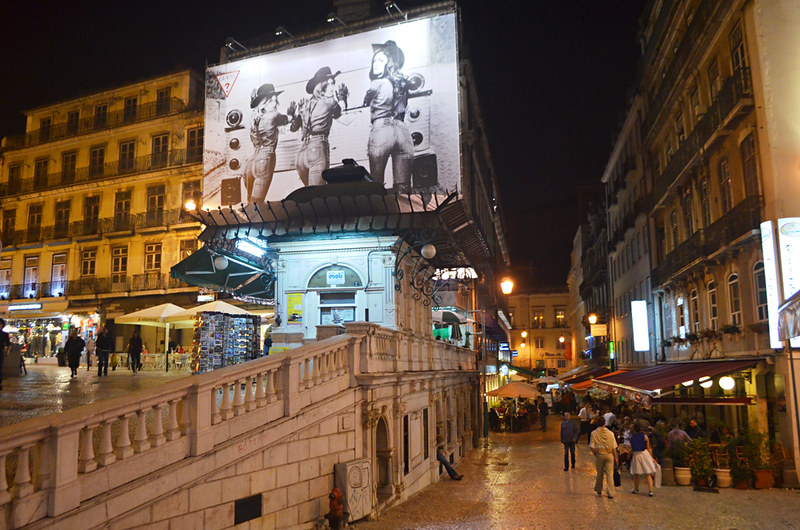 What is there to say? Bustling café society, stately town-houses and derrières in denim. We love Lisbon after dark.

Oltrarno, the other side of the river in Florence

Within about thirty minutes I declare I don’t like Florence; too many tour groups clogging the streets, and the restaurants seem grabby; mediocre-looking places charging way too much for uninspiring food. […]

Ten Alternative Things to See and Do in Lisbon

There’s no denying Lisbon has an attractive personality that is hard to pin down, both a prince and a pauper of a city; multi-faceted and constantly surprising… […]