Around about this time of year we’re asked what travel plans we have for the coming year. The answer is always the same – “we haven’t really thought about any yet.”
There are always last minute projects to be rounded off before we can turn our attention to the coming year. This year it’s a couple of Slow Travel guides for Inntravel customers’ eyes only. We’ve just returned from a short visit to Britain to deliver training sessions on these. Now we can take the foot off the pedal and, before we look forward, take a moment or two to remember the best and worst travel experiences we’ve enjoyed, or not, during the last twelve months. 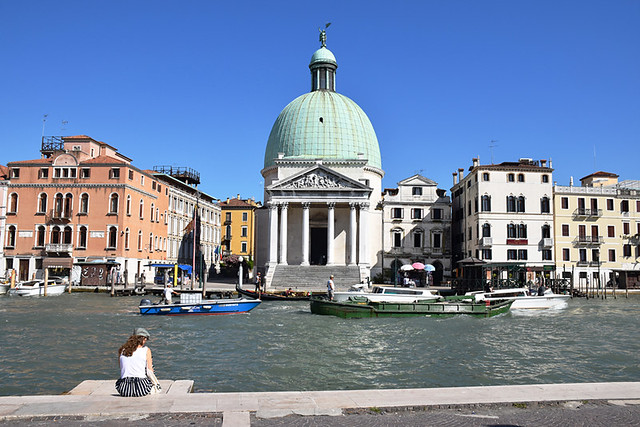 The most surprising destination
Venice regularly features in travel articles for all the wrong reasons – too many tourists. Like Barcelona and Dubrovnik, it’s a city with a reputation of over saturation thanks in big part to cruise excursionists. But it’s one of those classic destinations which has to be experienced, so we decided the time had come to tick it off the list. The popular attractions were as rammed as expected but many streets were devoid of the masses. It was a refreshing revelation, more beautiful than a Canaletto (or, at least as beautiful as) and quite the most romantic city we’ve visited to date.

The most disappointing destination
You know what? I can’t think of anywhere we visited this year which disappointed. 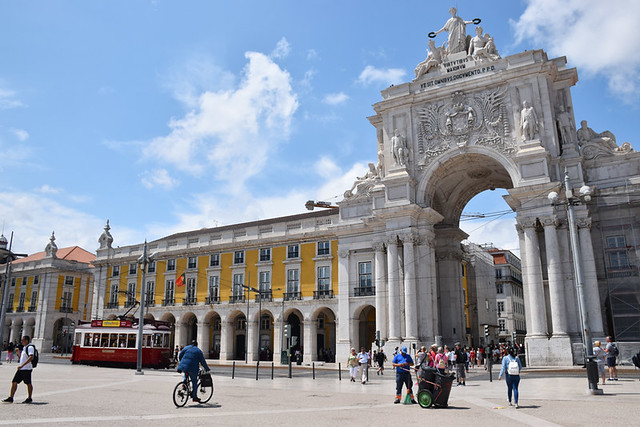 Favourite city
As we’ve spent a lot of time in Lisbon this year the odds have been heavily weighted in its favour. The more you get to know a city, the more it reveals to you. Every time we visit we discover another fascinating face of one of Europe and the world’s great cities. 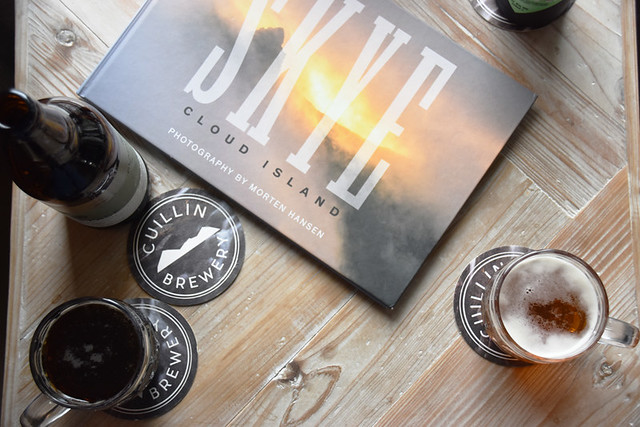 Best hotel stay
This is always a difficult one to pick as we stay in a lot of really nice hotels each year (‘really nice’ doesn’t mean 5 star with all the trimmings). The hotel experience which stands out most does so because of its conviviality. It was at the perfectly named Hame on Skye (hame being Scottish for home just in case anyone didn’t know). The owners were amiable; barman and general all-rounder Tom was chatty and amusing; and there was a changing cast of interesting guests as well as a local whisky maker who popped in for a drink and a chat at the end of the working day. The overall experience was like being amongst friends and family. Like being hame in fact. 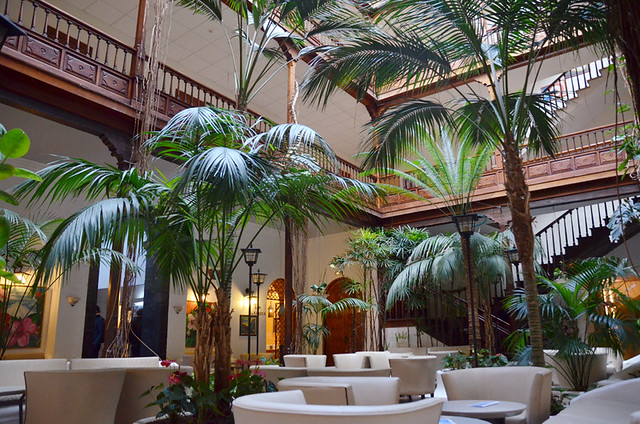 Worst hotel stay
There are many aspects I like about the Hotel Monopol in Puerto de la Cruz on Tenerife, but its rooms aren’t one of them. Dated, depressing decor I could forgive, but cold rooms in January I can’t. It’s an historic and friendly, family run hotel but it’s one which desperately needs some investment. 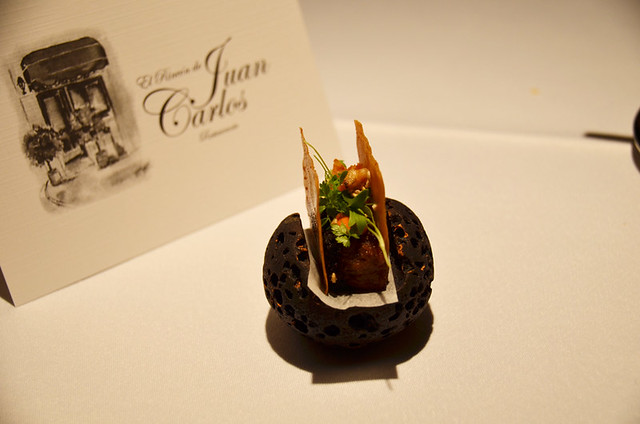 Best meal
This is a year in which we ate at Michelin-starred El Rincón de Juan Carlos on Tenerife, so it was going to take something extra special to top a meal there. Nobody quite managed. Juan Carlos, as always, didn’t disappoint and topped another divine gastronomic journey with a fabulous bit of whimsy; a candy floss tree. A stand-out dish at Decor e Salteado in Setubal, Portugal, deserves a special mention. Their scallops with goat’s cheese ice cream completely blew our taste-buds away. 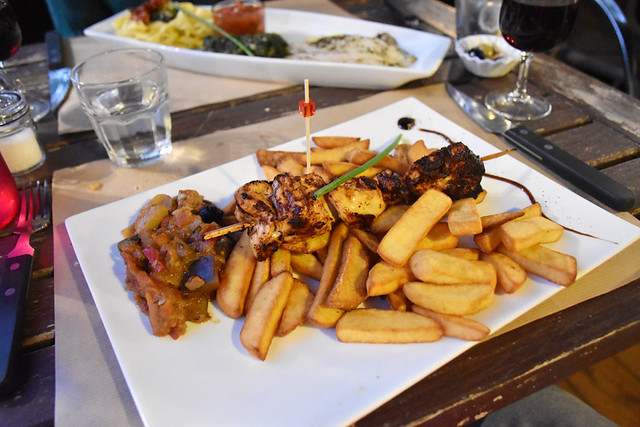 Worst meal
Andy sent her fish back at Irish & Co at Parque das Nações in Lisbon, but I guess mediocre food at an Irish bar in a Portuguese city was always going to be a risk. The most disappointing meal was at L’Absinthe in La Garde-Adhemar in France. A trio of dips got the meal of to a promising start. However, the mains just lacked flavour and I suspect the chunky French fries were frozen. It’s not often I leave chips on a plate, even when stuffed beyond capacity. But I did in this case. It wasn’t a disaster of a meal, but maybe I expect more from French restaurants. 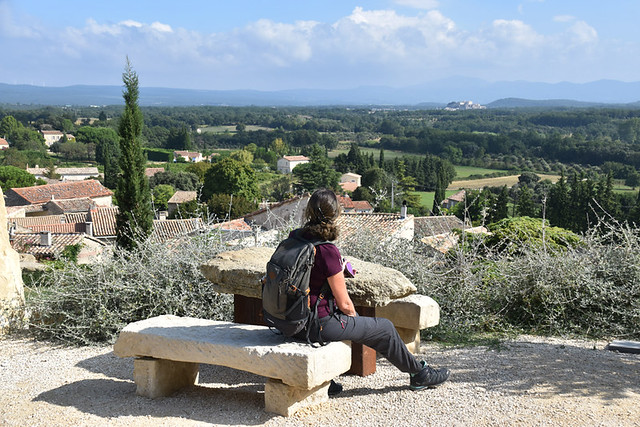 Best walking route
Another category where it is almost impossible to choose a favourite as often the most recent walk we’ve enjoyed becomes the one we liked best. A route we researched for Inntravel which crossed typically idyllic Provence countryside between Grignan and a rural hotel in La Drôme Provençale delivered an excess of delights. From the literary village-perche of Grignan itself via the ominous finger-to-the-heavens dungeon at Chamaret, the trail took in quaint French villages, lavender fields (sadly not in bloom) and woods where wild boars and hunters competed for black treasure – truffles. Magnifique! But in truth, it’s a tie with many others. 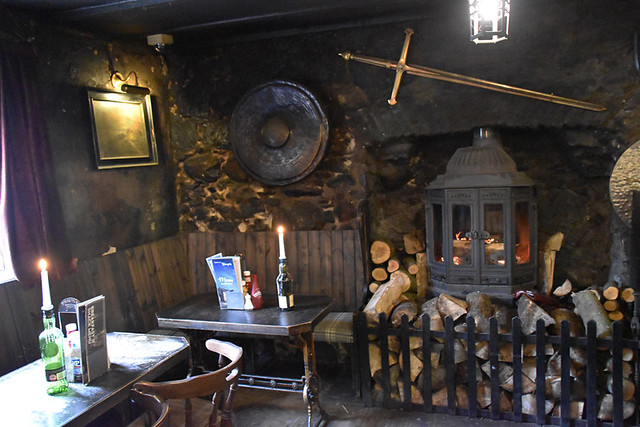 Worst walking route
There were no bad ones, but the wettest was when we walked a section of the West Highland Way and were left with not one item of clothing which wasn’t sodden. Ironically, it turned out to be one of the most enjoyable routes of the year thanks to the soggy camaraderie of all the fellow walkers we passed. It ended with a pint in our favourite pub of the year, and the ‘Scottish Pub of the Year 1705’, The Drovers Inn near Crianlarich. 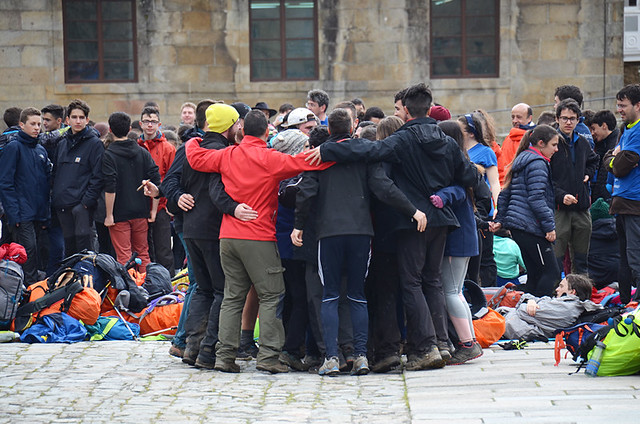 Most emotional travel experience
We only spent three days on the Camino de Santiago and started the journey bitching about the volume of other walkers (we’re used to creating routes where you’re lucky – unlucky – if you pass another walker). By the end of our brief experience we were fighting back the tears of emotion as we walked into Praza do Obradoiro in Santiago de Compostela. I’m not sure I could handle the tsunami of emotion that would engulf us if we did the full route.

Worst travel experience
Whilst there are lots of good ones, and I enjoying mixing and matching as much as the next person, hotel buffets in holiday resorts are my ideal of hell in winter months, mainly because of other people’s questionable hygiene. I watch in horror in a couple of hotels in Tenerife as walking germs coughed and sputtered their way around the buffet without turning away from the trays of food they were perusing, or covering their mouths. One sniffling woman carried a snotty hanky around with her putting it, and a half-eaten churro, down on various surfaces around the buffet, ensuring she spread her germs around as wide an area as she possibly could. We came away from Tenerife with a flu which took weeks to shift properly. 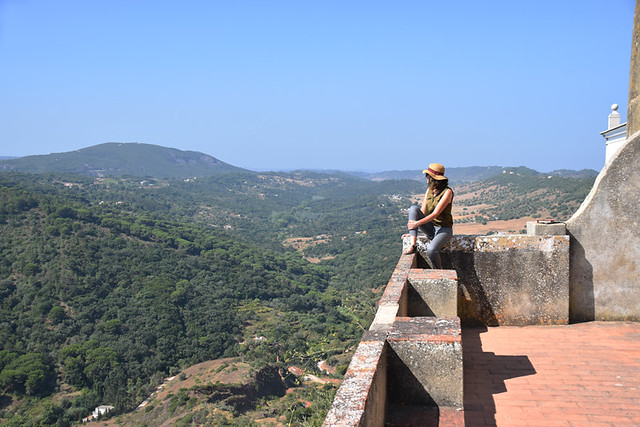 Most satisfying experience
When we help put together a Slow Travel holiday with Inntravel we know we’re creating something new and different from what anybody else has to offer in their Slow Travel/walking holidays stable. Mostly that involves working with walking routes which already exist and moulding parts to suit our specific needs. With the From Cape to Castle holiday, covering Arrabida Natural Park south of Lisbon, there were very few ready-made routes to dip into, so we had to invest a lot of time and energy stitching together paths. That in itself made it even more satisfying than usual when the final piece of the jigsaw fell into place. This is one we’re especially proud of.

Here’s to another year of being wowed and wooed by far and not so far off places.

A Serendipitous Arrival into Galegos

“Excuse me, can you tell me where we can get petrol please?”
“Espanha”.
It’s almost 4pm on a Saturday, we were supposed to be in Galegos an hour ago; we have no petrol, no idea where we are, and the nearest gas station is in Spain… […]